Because of the neverending rain storms, today was an exceptionally dull day. You're probably better off looking at last month's 12 of 12: Barcelona Edition

which everyone missed since it went up so late. 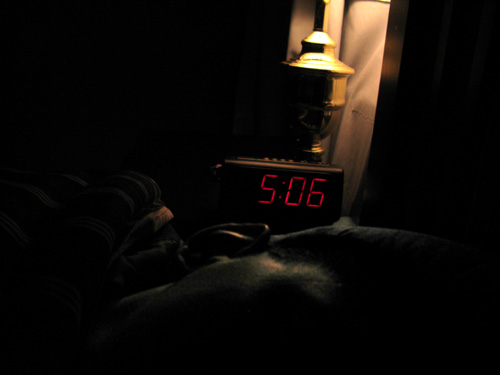 5:06 AM: Waking up a half-hour earlier than usual to the continuing storms which have probably flooded every basement in Arlington by now. 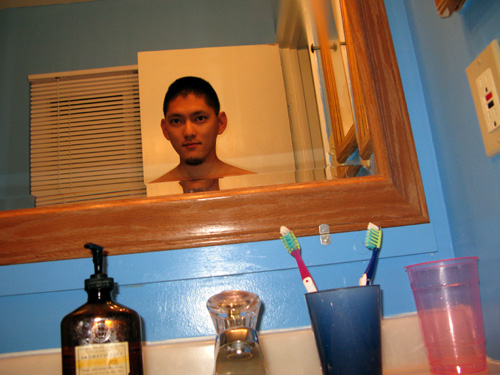 5:22 AM: My bathroom has been remodelled for a year and I still haven't bought curtains yet. 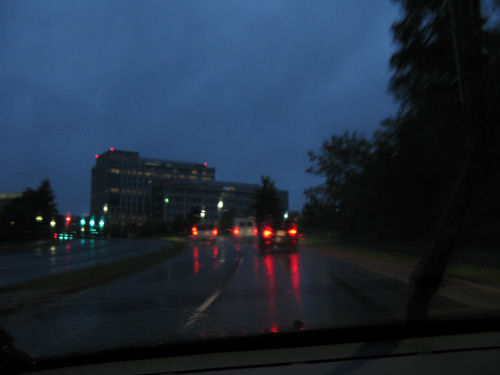 5:44 AM: Today was an onsite day but I left all my security badges in the office over the weekend. I made a quick stop, dodging raindrops like a precipitation ninja. 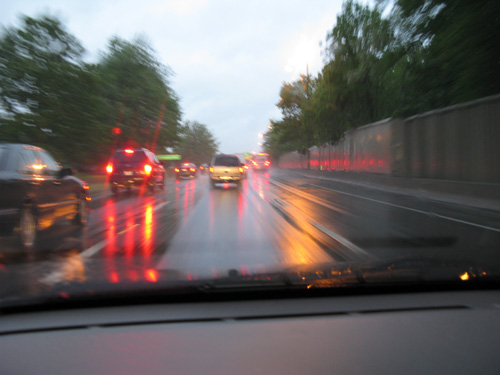 6:01 AM: HOV Restrictions begin at 6:30, which translates into every solo driver trying to cram onto I-66 at once, bringing it to a standstill. At least the early sunrise through the clouds made it seem later than it really was. 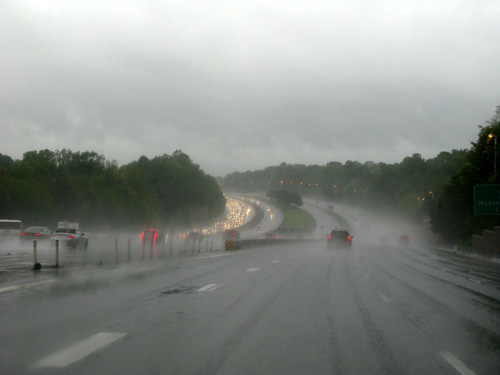 8:55 AM: Returning from Bailey's Crossroad, around mile forty of the fifty I spent in the car today (I also get to go back tomorrow!) At least I wasn't in those lanes going in the opposite direction. 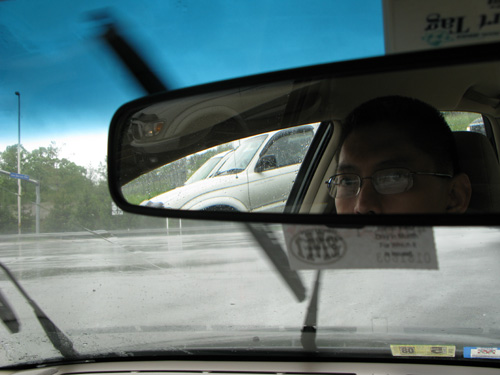 1:48 PM: I deleted the pictures of me at work because the upper corner of the nuclear schematics accidentally appeared behind me. Instead, you get a picture of me driving home after a status meeting. 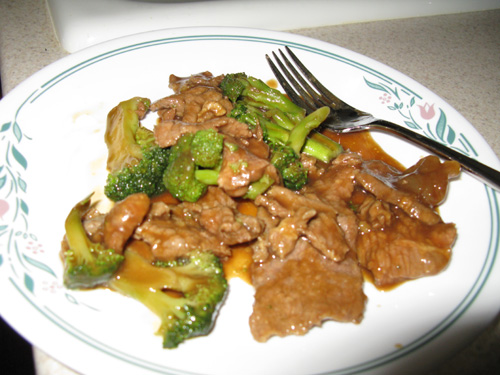 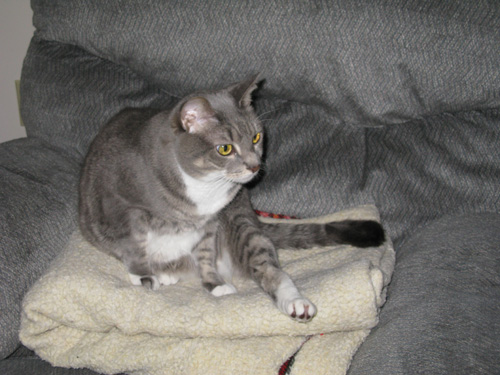 3:04 PM: It was rainy and in the forties all day long, so Booty did not move from this spot for the entire afternoon. At least, that is, until food time. 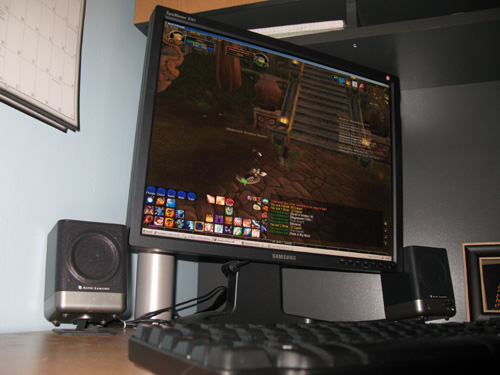 4:12 PM: Relaxing at the computer with a little gaming. 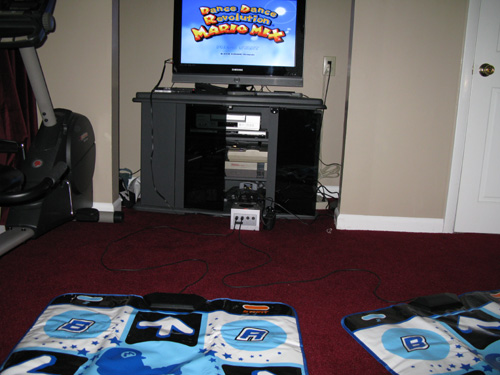 5:33 PM: Had it not been raining, I probably would have gone on a twenty mile bike ride (or at least imagined one). Instead, I stayed inside and burned 104 calories playing DDR. 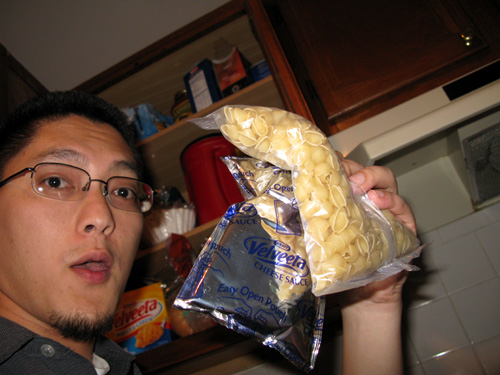 6:23 PM: Empirical data supports the assertion that I can eat an entire box of Velveeta Shells and Cheese. 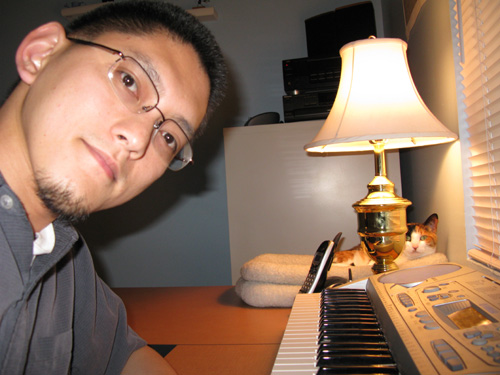 7:18 PM: In the home office with a jug-wine glass of Paisano and a cat, doing some composing for tomorrow's web page update.

Getting paid to drink