The Great Expanse by Hilltop Hoods:
The newest album from this Australian hip hop band is solid, full of distinctive songs and catchy beats. They've pulled away from the overly repetitive backing tracks that made some of the previous albums annoying. The single, Leave Me Lonely is pretty infectious.

Good Girls, Season One:
This show about three suburban moms who rob a grocery store is good, but suffers from genre overload. While it does manage to carve out its own voice and style, it's hard for it to stand on its own without comparing it to Breaking Bad (it's way less serious) or Weeds (it's way less absurd). Even though the story struggles to be unique, the performances by the 3 lead actresses are great -- Retta especially, has surprising range that she never had a chance to show on Parks and Recreation. If you can get past the unoriginal premise and are okay with the fact that the plot is propelled by characters getting into trouble that should have been avoidable, you'll find an enjoyable throwaway show to entertain you. Free on Netflix.

You Complete Me, Ho:
Ken Jeong's standup special starts strong but ends up more nostalgic than funny. Too much of his set is tacked around his appearance in The Hangover and other movies, and most of the jokes don't stand on their own unless you're already a fan of his. Free on Netflix.

Scott Pilgrim vs. The World (PG-13):
This movie about a nerdy guy that must defeat the "Seven Evil Exes" to date a girl is presented as a surreal, live-action graphic novel. While that might be an immediate turn off for some (even me on most days -- I watched it because it was made by Edgar Wright, the creator of Hot Fuzz and Shaun of the Dead), I found the movie much funnier than expected. The jokes originate from the characters and dialogue in spite of the weird format, where a lesser production might have made the format the whole point of the movie. There are plenty of great cameos as well. Free on Netflix.

On Friday night, we had a family dinner at Chuy's and got there in time for the free queso and beef dipping bar. 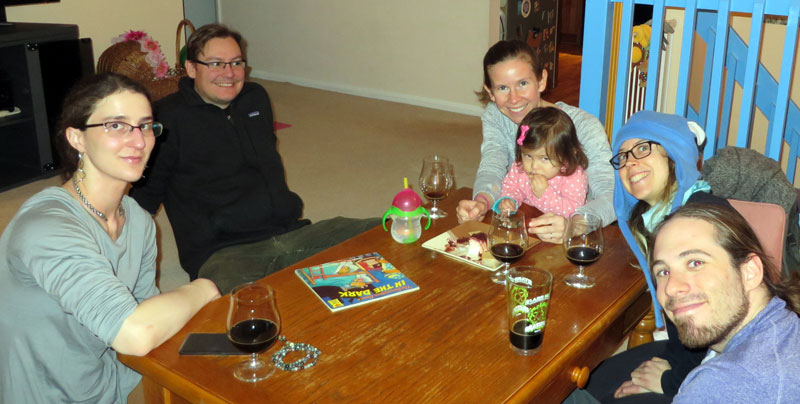 On Saturday, Sara and Carl came to visit after a four hour flight delay from Minneapolis. We celebrated with Car and Ben by drinking creme-brulee-themed craft beer and eating fancy cheese.

After a dinner of stuffed peppers, the night got wild with a 1000 piece puzzle full of earth tones. Maia acted like a Chaos Monkey in the logical sorting of puzzle pieces.

On Sunday evening, Sara and Carl were out and about so we went to Tammy's for a lasagna dinner amidst the rain-that-should-have-been-snow. 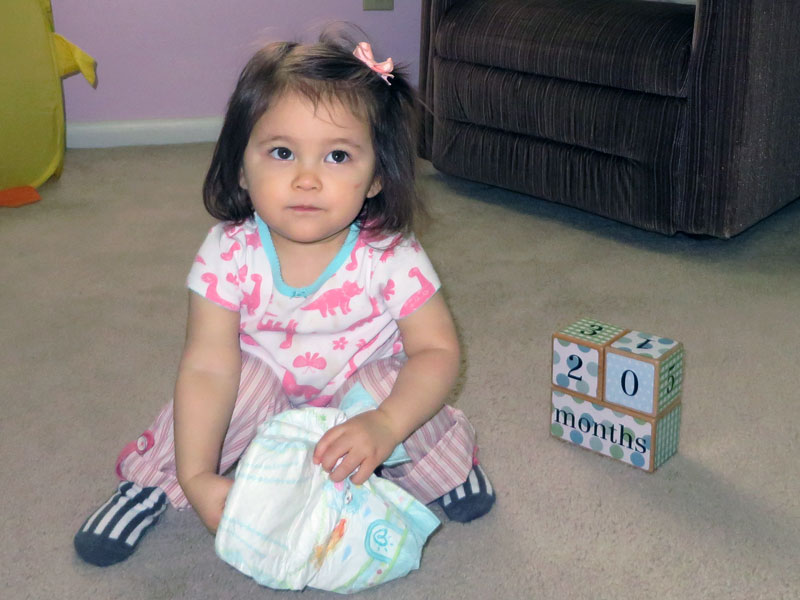 Maia is now 1 year and 8 months old and exactly 21 pounds. She can say individual words although they may not be intelligible to you unless you're around her all the time. Her recent obsessions are balloons, umbrellas, and really anything that is held up in the sky. She still likes reading books and has taken a particular liking to the Berenstain Bears books (we have a complete set from the early 80s).

Maia is pretty self-sufficient now and enjoys sitting around the kitchen making "soup" with a pot, a spoon, and all of her animal magnets while we putter around above her. She's a fan of cars and trucks and having all of the stuffed animals in her bed. She HATES changing out of her pajamas when waking up in the morning, especially her seasonally-inappropriate Christmas pajamas. She also HATES coming inside and would stay outside exploring the yard forever if we let her.

We've started doing more regular restaurant dinners as a family. Though not as cost-effective as grilling 3 nights a week, Maia enjoys the outings and is generally pretty well-behaved. It's hit-or-miss to get her to eat though, as her favourite foods rotate by the hour. One day she ate about 18 grape tomatoes at grandma's house and then let the next box we bought spoil on the counter. Another day, it was all of the strawberries.

I'm really looking forward to the Spring, so we can wander through the woods again, and hope that there are at least a few days in the year where the ground isn't a permanently soggy morass of rain and melted snow. Dad hates cleaning muddy shoes.

Or, "why you should put the camera out of reach during your yoga session"

We spent the past 3 nights at a VRBO rental in Harpers Ferry, just on this side of the Shenandoah River. While we had a nice stay, it was nowhere near the top of our list for best rentals. Two key features we weighted our decision on were unavailable: a fireplace and WiFi. In spite of that, it was nice to arrive in the snow and leave in the spring. Maia enjoyed the small playhouse in the back. 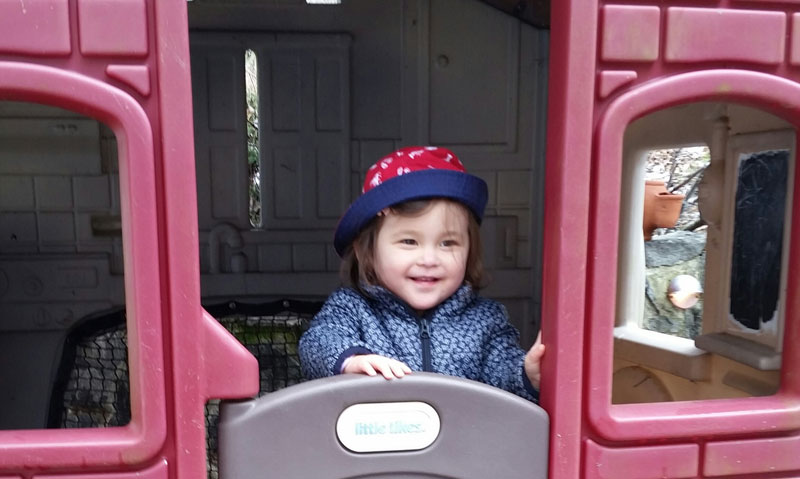 There was a classic Brookstone-style massage chair in the den which actually worked quite well. 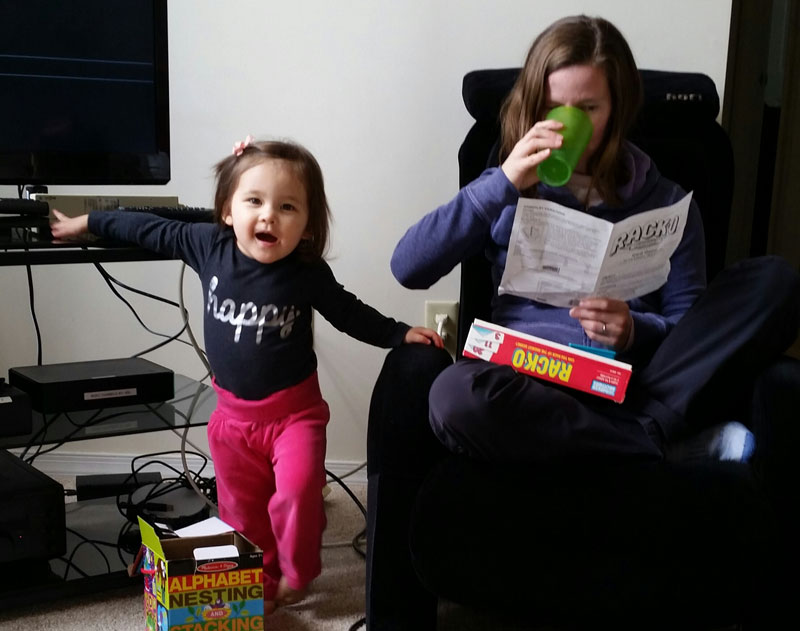 Jessika and Hannah came out for parts of the weekend with us and we passed the time cooking, trying to repair the WiFi, and doing a 1000 piece puzzle. On Sunday, we took a trip into Old Town Harpers Ferry, but the city (nestled in the valley amongst a ring of fog) did not get the memo about 60 degree weather everywhere else and we spent most of the morning shivering in the cold. 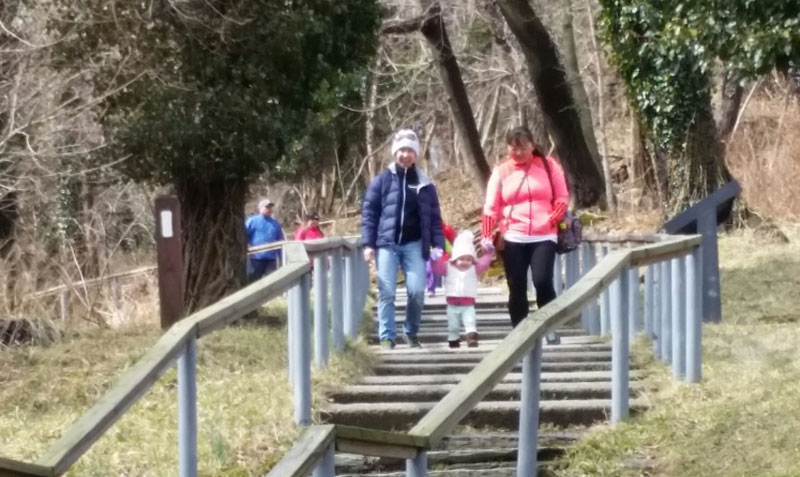 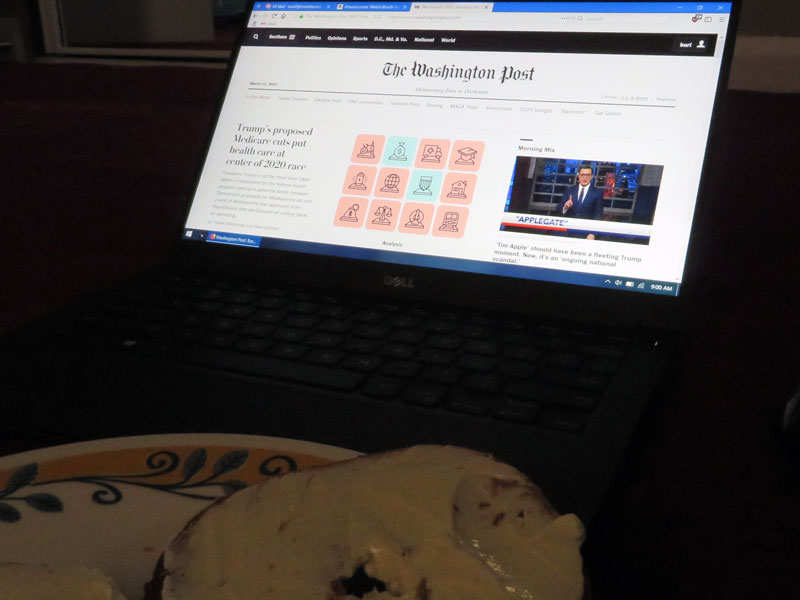 8:00 AM: Taking a break from working in the basement "office" for breakfast and the news. 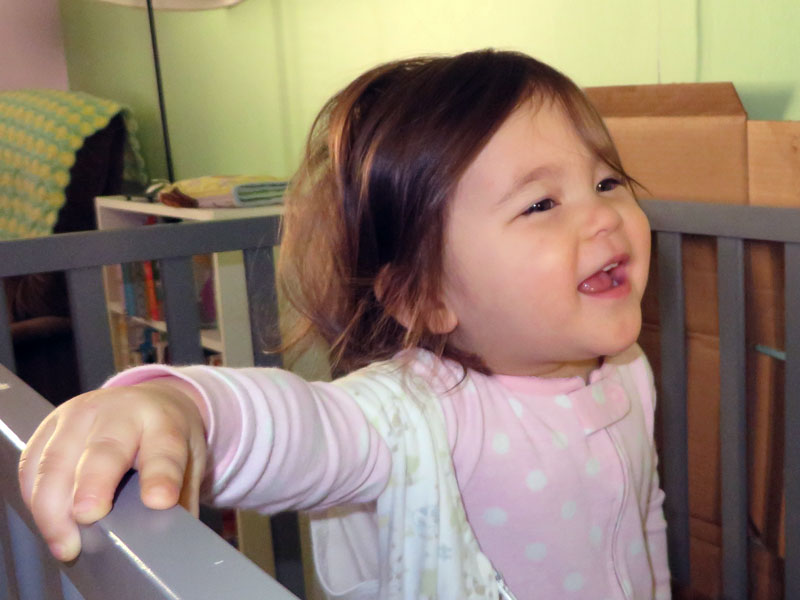 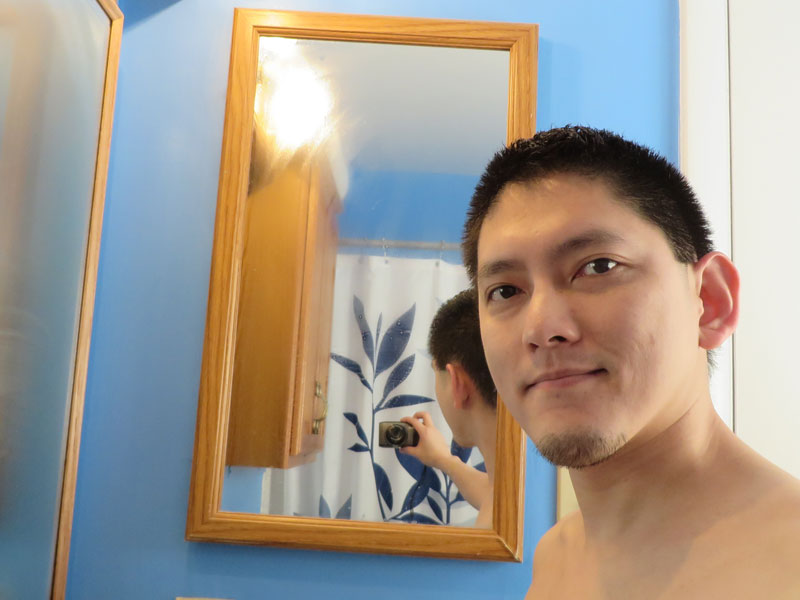 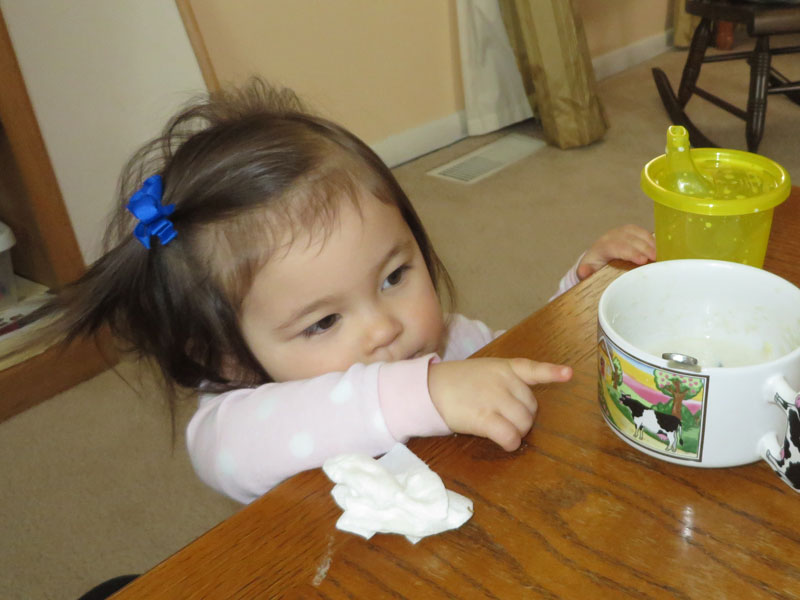 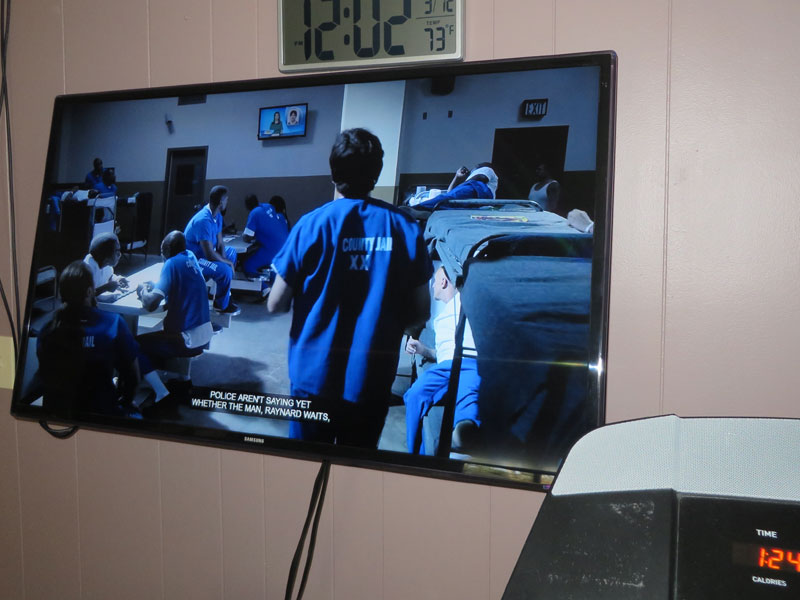 12:02 PM: Running on the treadmill and rewatching Bosch. 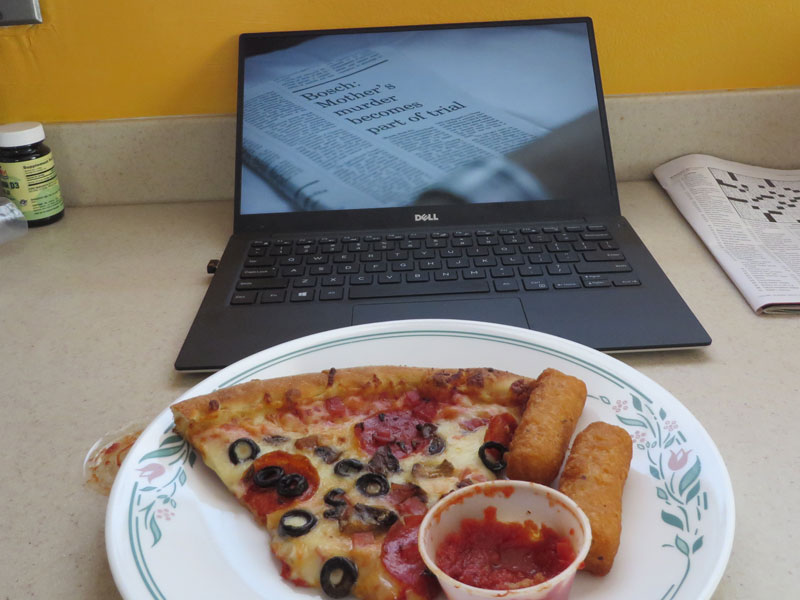 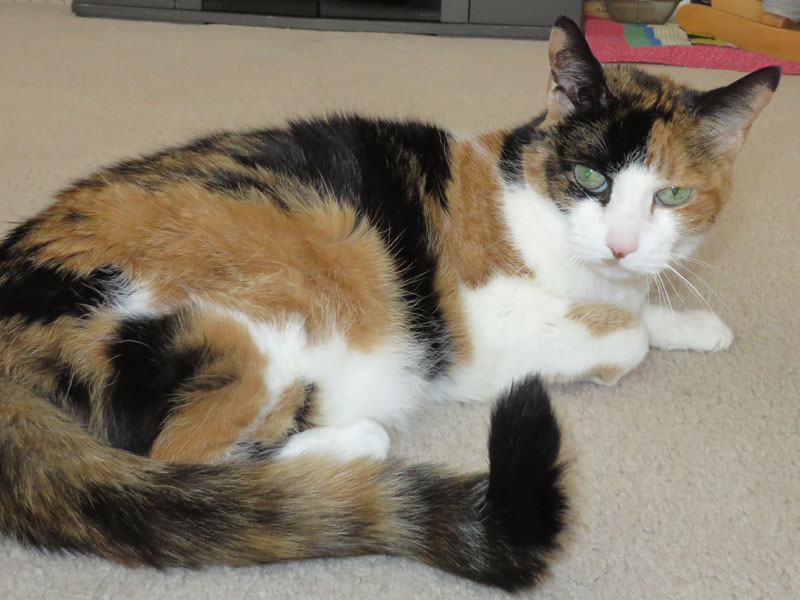 2:11 PM: As soon as Maia goes down for a nap, Amber gets lovey for naptime with Rebecca. 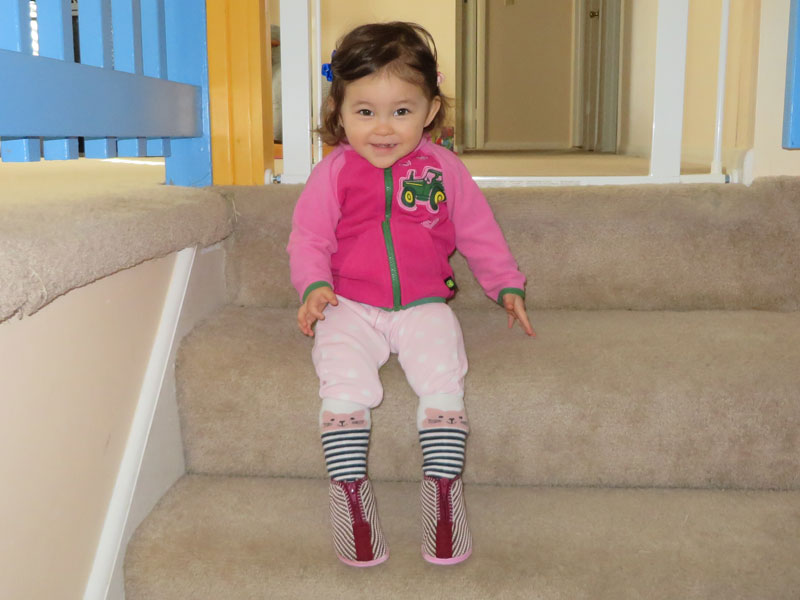 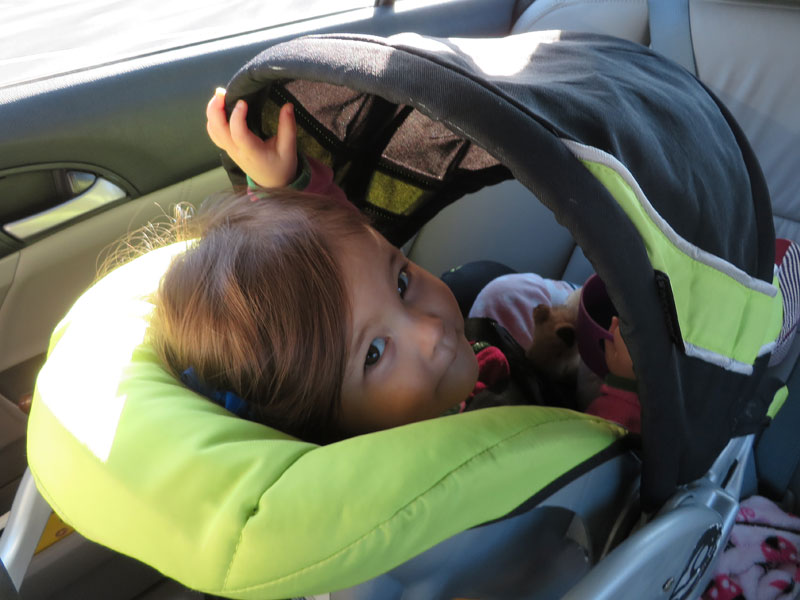 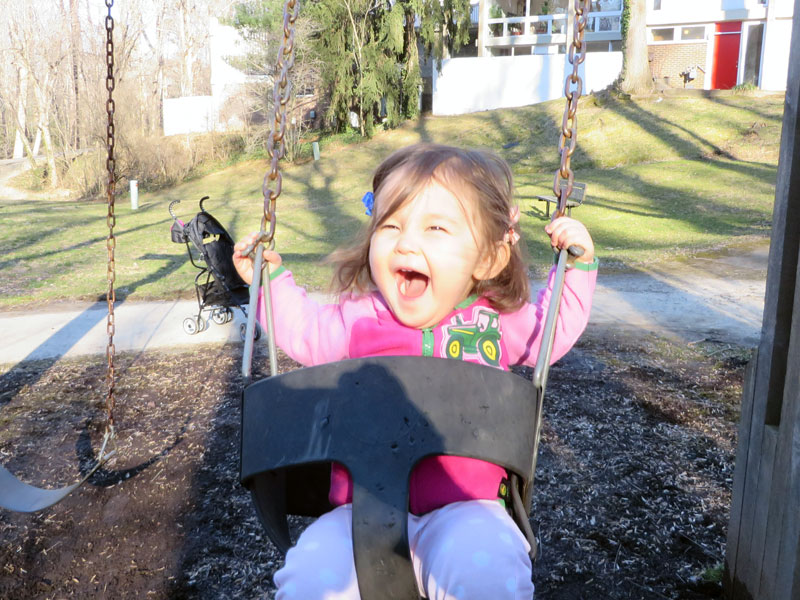 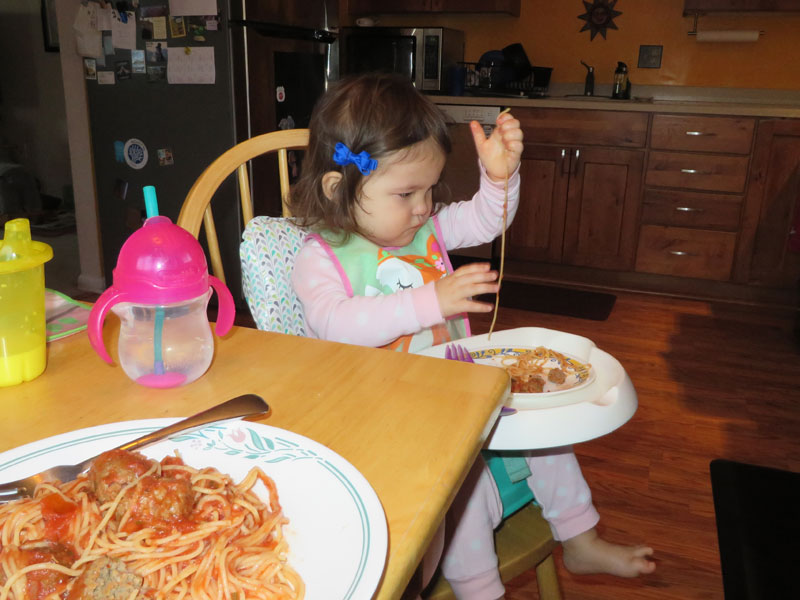 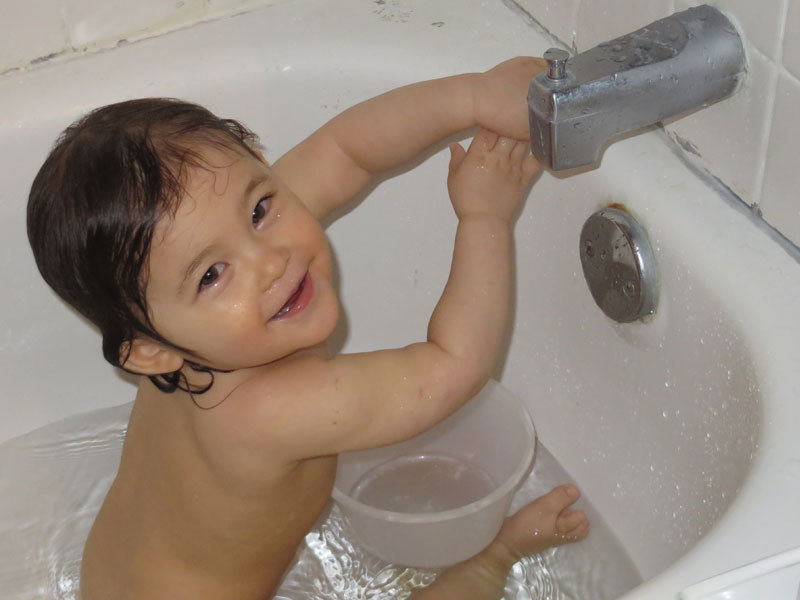 The End of the F***ing World, Season One:
This is a quirky dark comedy about a boy who thinks he's a psychopath and starts wondering what it might be like to kill the girl who hangs out with him because of his edginess. It puts a unique spin on the typical coming-of-age road trip story and does a good job balancing levity and seriousness. There are a couple brief scenes of animal violence that might be offputting, but they don't linger. Free on Netflix.

Assassin's Creed: Odyssey:
This game was very promising upfront, in spite of its UPlay installation requirement. I enjoyed the opening stages a lot, like a less tedious version of the Far Cry series. The game is so shallow, though, that it quickly reaches a point where it's no longer fun. It suffers from the "8,000,000 committees developed this game" syndrome, offering hundreds of hours of beautiful, polished content without providing any motivation do to any one activity more than once. As an example of this, you can sway the war between Sparta and Athens by assassinating leaders and inciting rebellion among the townsfolk. The outcome? The other side takes control of the town and you can do it all again, without any noticeable impact on story or your reputation. I got about 20 hours into it (level 12 of 50-odd levels of character progression), saw that I had only explored about 5% of the map, and realized that I was already repeating the same shallow activities over and over.

Bosch, Season Four:
The fourth season of Bosch is really strong, strong enough to make me go back and watch the previous ones again. I've never thought Bosch was the best of shows, but always enjoyed the sense of camaraderie between characters. It's a little difficult to keep up with some of the side characters with my viewing of previous seasons years in the past, but it didn't hurt my enjoyment. I also enjoyed how the side plot of the "bike killer" played out unexpectedly -- it was originally one of the things I was going to pan in this review as a time waster. Free on Amazon Prime.

The Demons We See by Krista D. Ball:
The 6th and final book in the Secrets and Spells anthology succeeds on the strengths of its logical character development and bantering dialogue. Though a little heavy-handed on the allegory and going into more detail than I would ever need on the fashion choices of every character, I read this quickly and enjoyed it enough to purchase the next book. (Be warned that it ends at a "resting point" with no strong resolution, so it will be unsatisfying as a one-and-done).

Firefox has been my primary web browser for over 15 years, since it was called Mozilla Firebird. Over the past few years, I never liked the direction the User Experience (UX) was going in but always appreciated that I could overrule their awful changes with add-ons.

Firefox 57 rewrote the add-on framework which probably did a great deal to erase technical debt, but the new framework didn't include all of the same hooks that were originally available. Most egregiously, this broke the awesome add-on, Tab Mix Plus, which is a key part of my workflow. This is why I still have an old version of Firefox installed on at least one computer in the house: 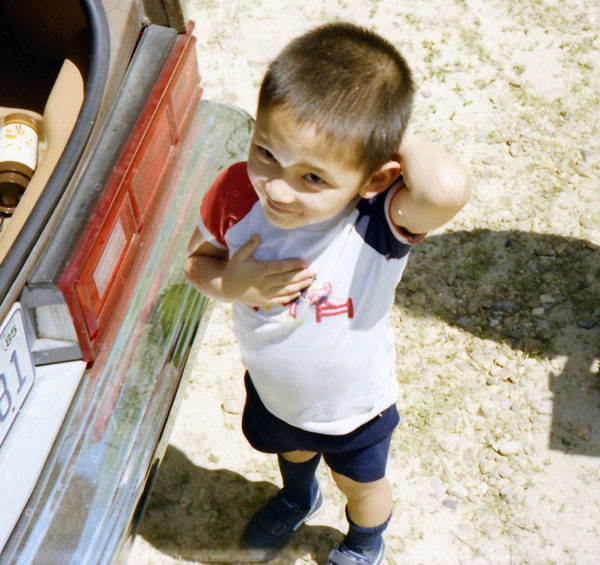 This is the tail end of one of our regular weekend road trips to a battlefield or regional park -- you can tell because my parents' coffee travel mugs have been tossed in the trunk of our constantly failing Chevy Citation. I'm not totally sure what's depicted on the front of my shirt. It looks like a thief in a ball cap jumping a fence?

This picture was also taken before my nose became permanently scarred from falling out of a tree, an event that would happen in the following few years.

To commemorate the final death rattle of Google+, here is my (unsurprisingly short) entire Google+ feed since 2011. 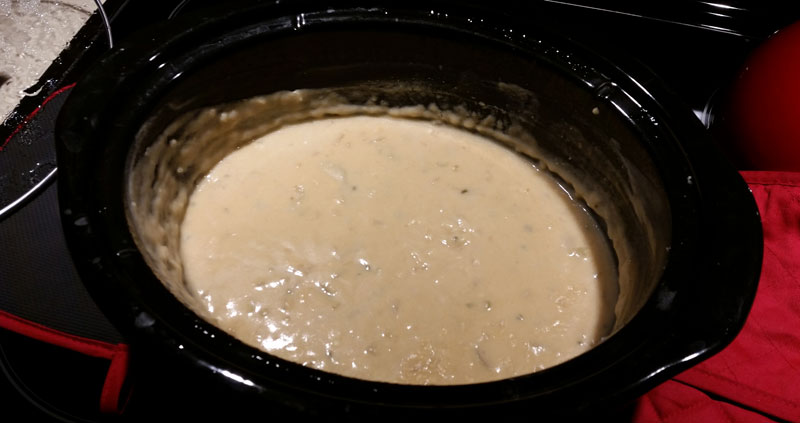 Based on the classic "chips n' cheese" cycle, this recipe combines the leftovers which perpetually exist in uneven quantities in our fridge into something delicious.

Delicious, and has the side effect of cleaning out your fridge!

This picture was drawn sometime in the late 1980s, at the United Methodist Church on Washington Street in Alexandria. 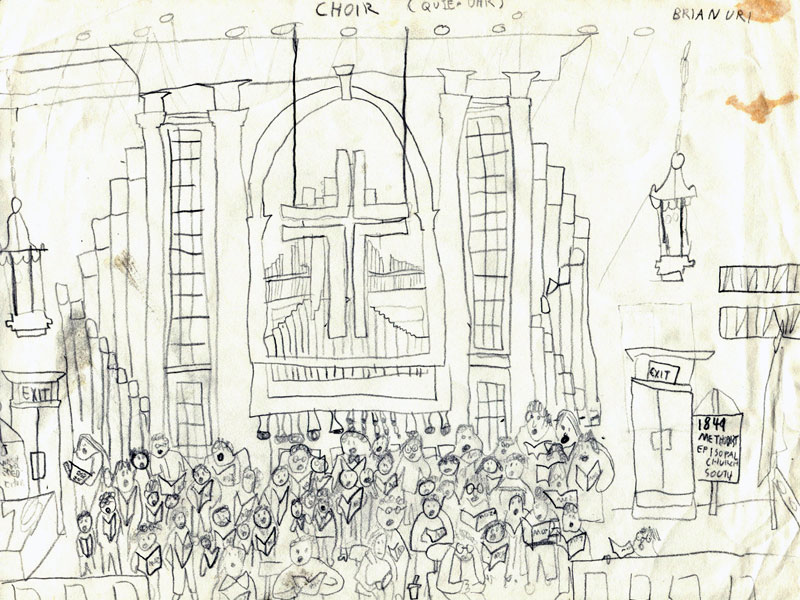 My parents were regular members of various choirs that practiced on Tuesday evenings. In the awkward period where we were too old for babysitters but too young to stay home alone, we would often be forced to tag along to practice sessions and play quietly in the pews.

After getting yelled at for running around various churches and disrespecting their sacred nature, we would calm down and read books or draw pictures (this was a few brief months before we got our first 8-bit Gameboy). I was probably in 4th or 5th grade when I captured this choir practice on paper. Apparently, they were performing something by Mozart. I also like my attention to detail in showing the chubby guy sitting in front sipping on a Big Gulp.

I'm sure it's been renovated many times in the ensuing 30 years, but a recent picture of the church shows marked similarities to my childhood sketch:

March's Final Grade: B+, finally had time to get a little bored and think of new project ideas again