the only thing standing between you and total anarchy

♣ This weekend marks the official five-year anniversary of my life in the full-time job world. In that time, I've risen from lowly software engineer to CEO of the company, only to lose everything in a tragic whirlwind of blow and hookers, resetting myself back to a software engineer.

♣ It used to be tradition to receive a really nice watch of your choice for up to $250. As more and more employees stretched the rules and tried to convince HR that "this MP3 player also has a clock in it", they got rid of the watch rule and just hand out $250 bonus checks in the mail. I'll probably spend the check on blow and hookers, since most hookers can tell time, as far as I know. 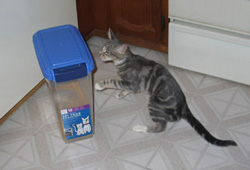 ♣ Speaking of time, Daylight Savings Time seems to be out of whack this year. The sun is already rising as early as 4:30 AM in Sterling, which wakes up Booty (who is part rooster) and compels her to start her breakfast-wake-up routine an hour earlier than usual. Cats have such strange priorities -- if I were asleep, I wouldn't want to wake up JUST to get breakfast, and I wouldn't treat every breakfast with Christmas morning excitement. Then again, I also don't lick my butt.

♣ It would really suck if smell was humans' main sense and we introduced ourselves to new people like dogs, licking faces and sniffing anuses. Habits like these would definitely make for awkward first dates, even moreso than a Washington Post Date Lab

. Your "how they met" wedding story would involve some variant of "from the moment I sniffed his butt at the park, I knew he was the one for me." 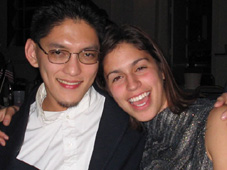 ♣ Speaking of weddings, Anna's younger (but not youngest) sister, Emily, is getting married this weekend in Berryville. This adds one more data point to the country's inexorable slide towards a Catholic-conquered world, since the requisite five kids will no doubt arrive within two weeks of each other. If I ever come up with a religion (Burism), I'll have to remember not to neglect the baby-making aspects, because it'll be far easier to raise kids as Burists than go door-to-door to convert people (take notes, Jehovah's Witnesses).

♣ So far, the founding tenets of Burism are to have lots of sex and eat fried chicken. I'll probably add some variant of the Golden Rule too. If I lead this religion, I want a more grandiose title than "Pope" though.

♣ This weekend, I'll be going to see Garrison Keilor's Prairie Home Companion at Wolf Trap (because apparently some of my friends still listen to the real radio and hear him on something they call Enpy Arr!, which must be the pirate station) followed by the wedding on Saturday. On Sunday, I plan to wash the car, mow the lawn, and try out Mario Kart for the Wii. I'll be working on Memorial Day because no one is having a big Memorial Day barbeque and I spent my own party fund on blow and hookers.