Patriot, Season Two:
I liked the first season when I watched it, then loved it when I watched it again with Rebecca. The second season is slightly more absurd with less payoff but I appreciated how tonally and thematically consistent it was -- the creator definitely has a unique voice and cinematography that he stays true to. A couple of the characters I liked the most from season one were pushed to the sidelines here, but it was still worth a watch.

The Three-Body Problem by Cixin Liu:
This highly-regarded sci-fi book is flawed. The core ideas are actually pretty interesting but held back by flat characters and the fact that it's an English translation of a Chinese work. The last third of the book is actually the best part and does a good job of merging the science with the plot, but it takes forever to get there. I almost gave up around the 40% mark.

Eighth Grade (R):
Bo Burnham's movie on the difficulty of being an eighth grader feels very honest, even without the craziness of phones and social media added to the mix. It effectively captures that middle school feeling of "I'm so much more mature than I was last year and I'll never make the same mistakes again" and makes me hope that the technology pendulum swings back towards being Amish by the time Maia is in 8th grade. Free on Amazon Prime.

Sing Till You Die by Yearbook Committee:
I occasionally buy albums ear-unheard based on singles I liked on Pandora. In this case, it was the instrumental, Old Churchyard. This album had two catastrophic negatives going against it -- none of the musicians seem to be able to carry a pitch, and none of the rest of the songs are instrumentals. As I played the album the first time, the rate at which I skipped awful-sounding songs like Ballad of Eleanor Cecilia Bailly accelerated towards the speed of light after which I permanently deleted it.

Blogging has become a charmingly quaint practice for old-fashioned people, not unlike going into the bathroom at work and hearing someone in the next stall tap out a message on their classic Blackberry, or watching America's Funniest Videos live on an actual TV. It is for this reason that visitors to the URI! Zone have gracefully ebbed over the years like a perpetual neap tide.

Are you someone that reads regularly (for the articles) and not just some undergrad music major that got caught in my honeypot of aural training cheat codes? Come out of lurking and say hello in the Comments section. All 5 trendsetters subscribed to my Atom feed will need to visit this website to find the Comments section.

In honor of low expectations, if at least 4 unique, real people respond by Sunday, February 10, 2019 at 1800 EDT, a randomly-selected commenter will get a $10 Amazon gift certificate. 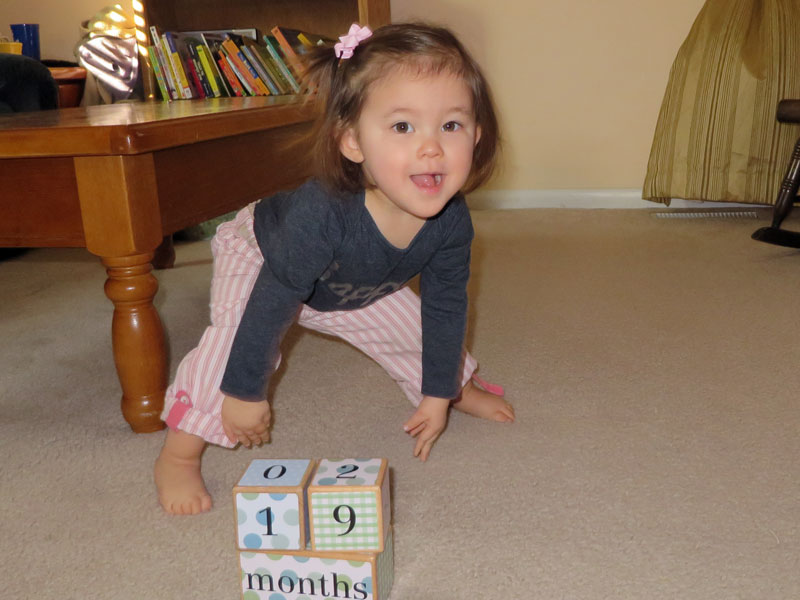 Maia is 1 year and 7 months old now! She likes having control over her outfit, from necklaces and hats to fancy clothing and the pair of Christmas pajamas she keeps discovering and insisting on wearing all day long. She is definitely quick to express her frustration at being out of control of things in her environment, like coming inside from her beloved outdoors, not getting enough crackers, or not being able to turn her baby carriage around in the narrow bathroom.

She also cries when you don't give her enough stuffed animals at nighttime -- the current record is somewhere around 10. During a recent nap, she threw her favourite bunny out of the crib and started bawling. When no one had come in after a minute or two, she quietly reached out and got it herself then went to sleep.

Maia has several party tricks that she does consistently. When I ask her to howl like a wolf, she'll go, "AROOOO" (of course, she knows many other animal sounds as well). When saying goodbye or goodnight, she'll give you a hug, but only with her head (usually by resting it against your knee). She also does a cute "hands up in the air" gesture when she's looking for something and cannot find it anywhere.

Spoken words are on their way -- she can say "draw", "clock", "box", and "ball" in reference to those particular concepts and almost said "bible" the other day. She likes drawing with crayons and pens, but prefers watching YOU do so. If you say that food is hot, she'll blow a gentle breeze. If you mention driving or swaying, she'll rock around like she's doing the twist. All in all, it's a pretty fun age! 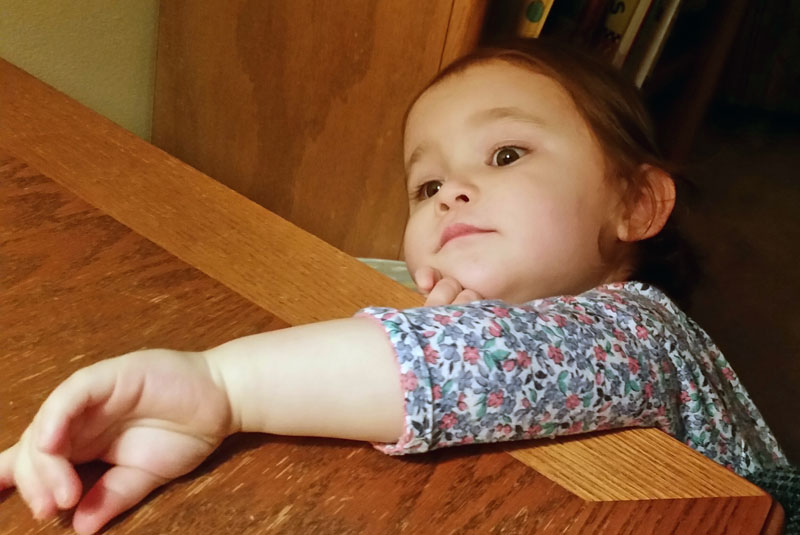 How to Ruin Everything by Watsky:
This collection of essays by rapper, Watsky, is pleasant enough but I noticed myself starting to skim in the last 1/3. Fun as book to pick up now and then, but not as good on a straight read-through. I did find it interesting that I heard the entire book in his voice as I read.

Fyre:
This Netflix documentary is a fun, incredulous look at the disastrous Fyre Festival, with behind-the-scenes looks and interviews with many of the people involved. I haven't seen the competing Hulu documentary, but enjoyed this from start to finish. Free on Netflix.

Russian Doll, Season One:
This is a fairly high-concept series with some similarities to the movie, Groundhog Day. Equal parts crass, deep, and unsettling, it occasionally overreaches but has a nice compact 8 episode run (30 minute episodes). Natasha Lyonne is perfect in the main role and the season has enough of an ending to feel self-contained while leaving room for the next two seasons (already greenlit). Free on Netflix.

Strange New Past by Seth Sentry:
Seth's most recent album (2015) has a few good songs, especially Dumb, but it's not as good as the first album. The back half is pretty forgettable. 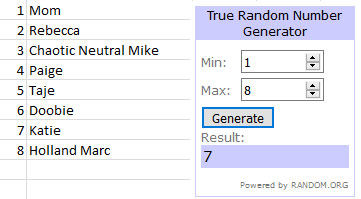 Congratulations to Katie, who wins a $10 Amazon gift certificate for "showing up" for the census! Send me an email and I'll deliver it to your email in return!

There are definitely more lurkers in the ether that did not reply -- over the coming years, I'll have to see how high I need to increase the value of the prize before people start coming out of the woodwork.

Also, Evil Mike is welcome to choose a new adjective for his handle (should he want one), having outlasted Good Mike. 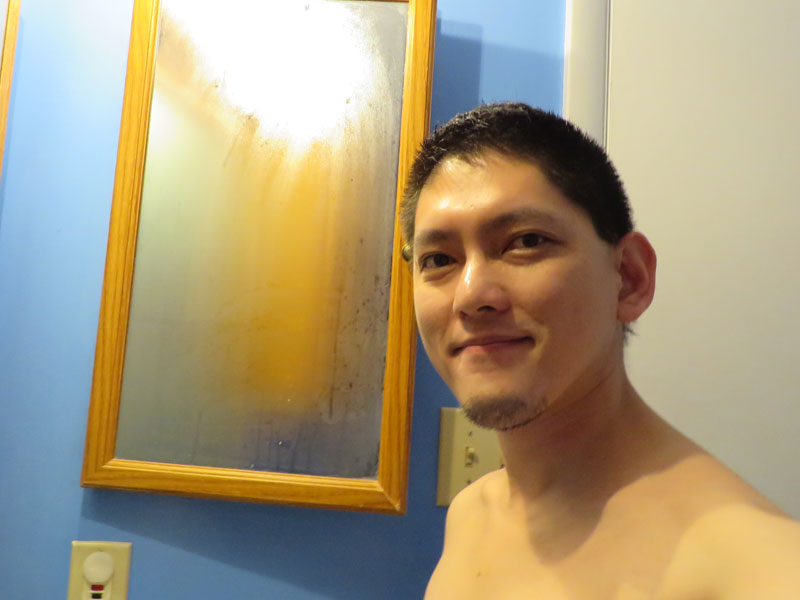 4:58 AM: Showered and ready for 13 hours of proposal writing. 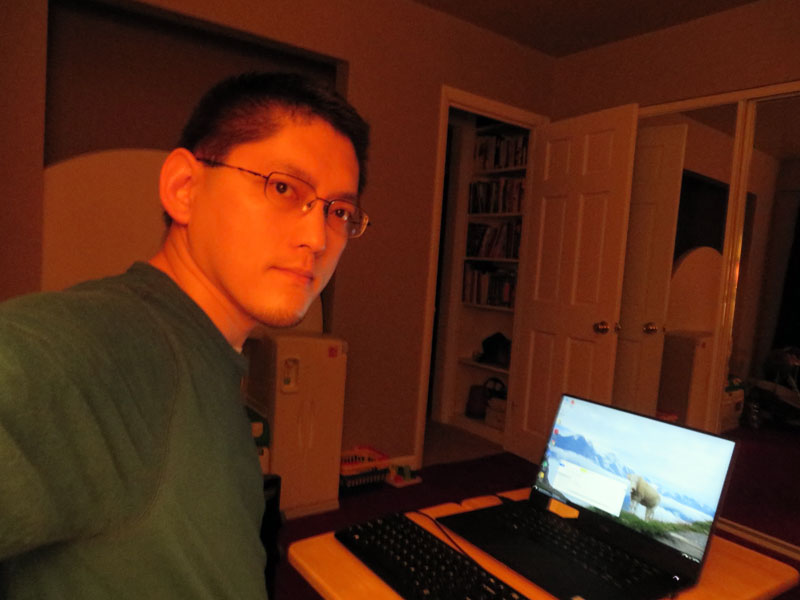 5:10 AM: Relocated to the basement guest room to reduce the intersection between loud breakfast cat and sleeping family. 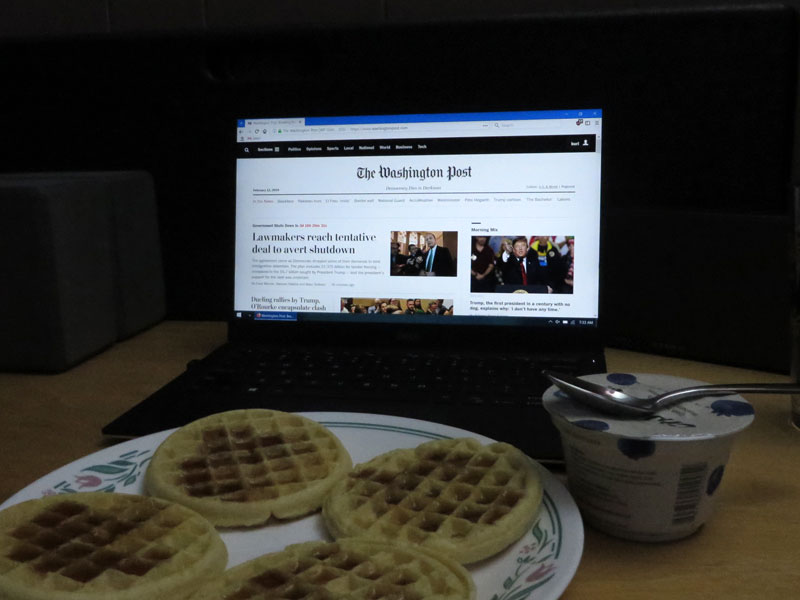 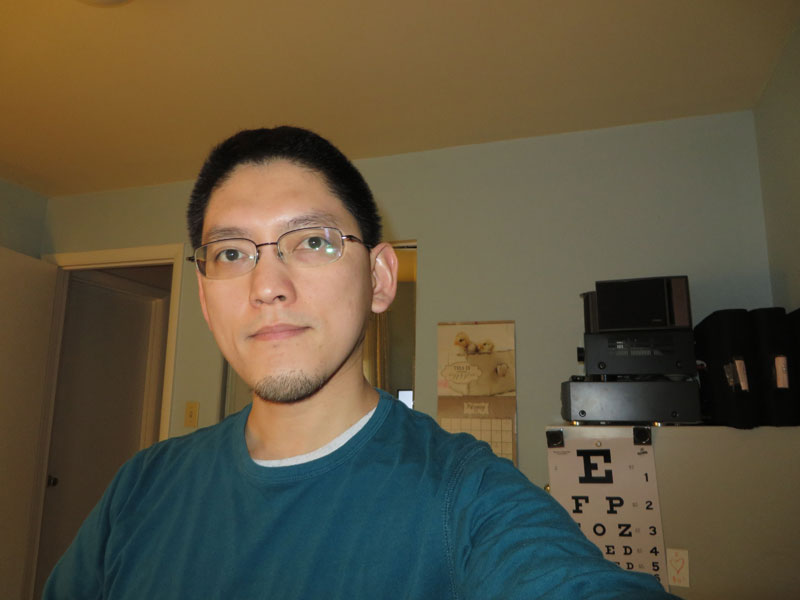 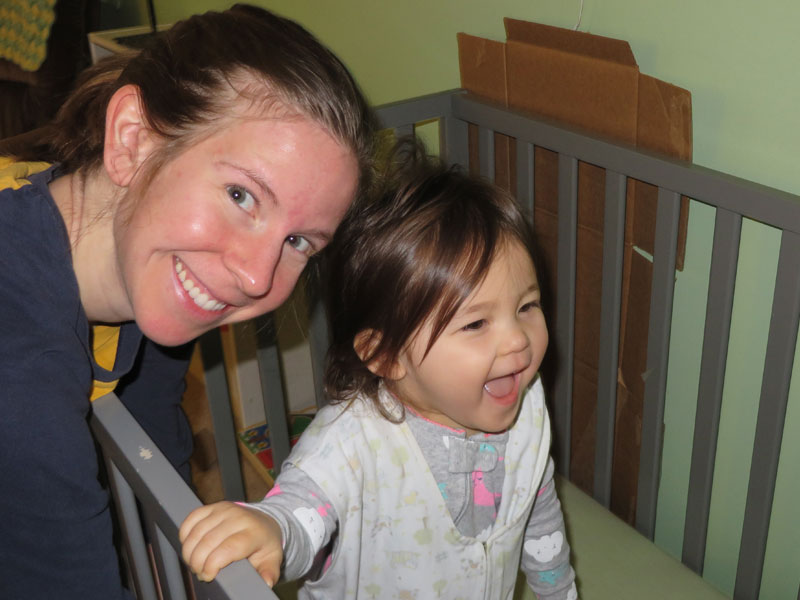 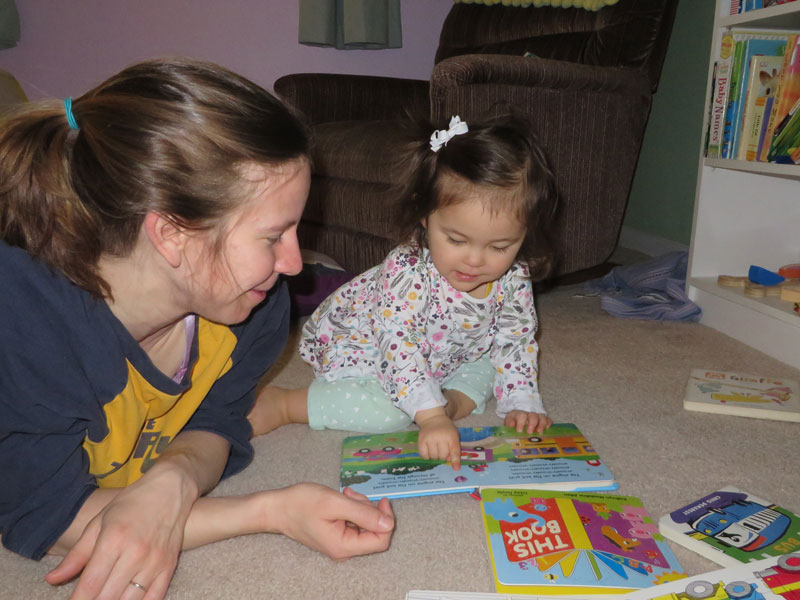 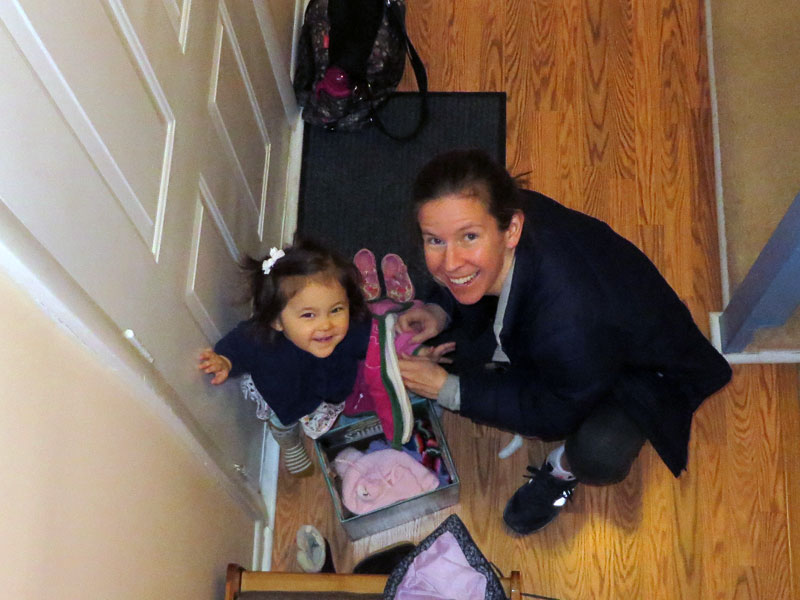 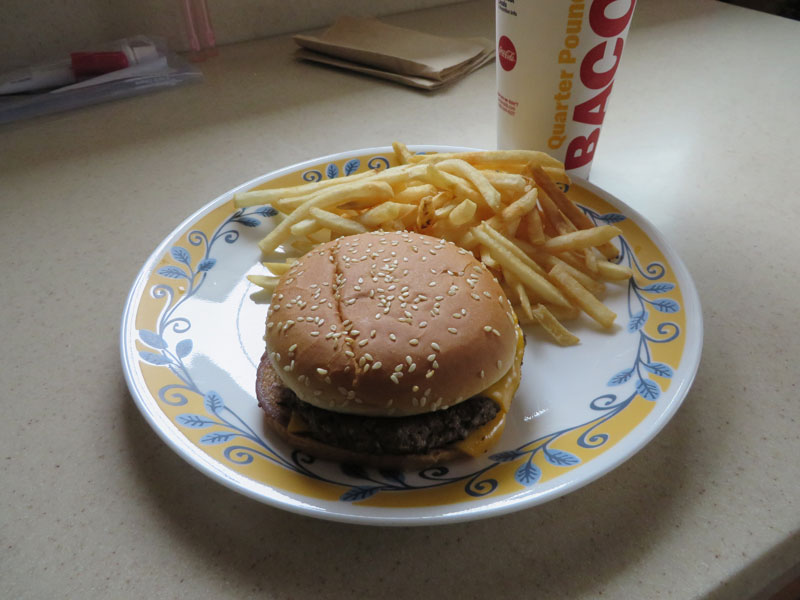 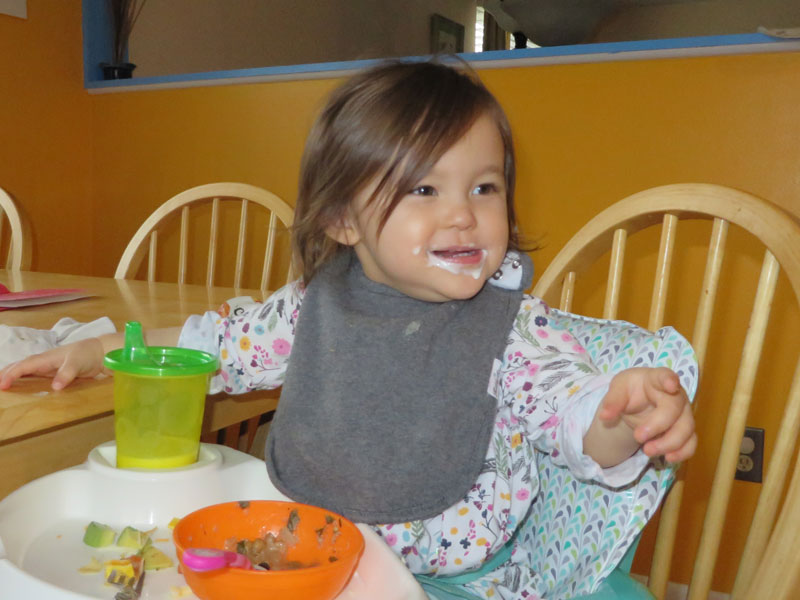 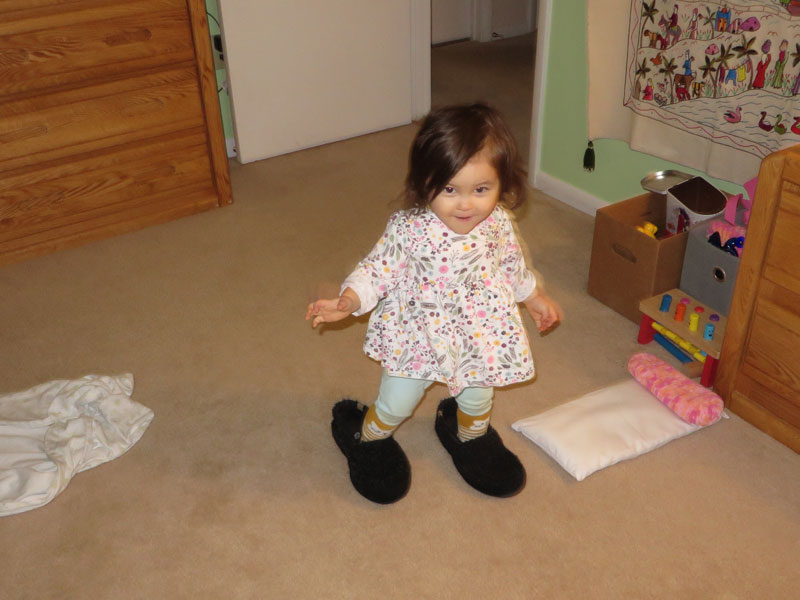 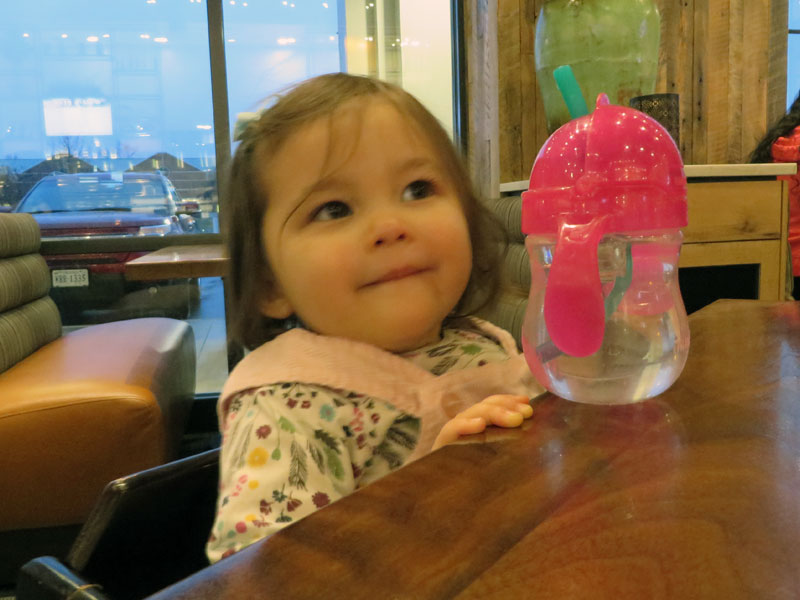 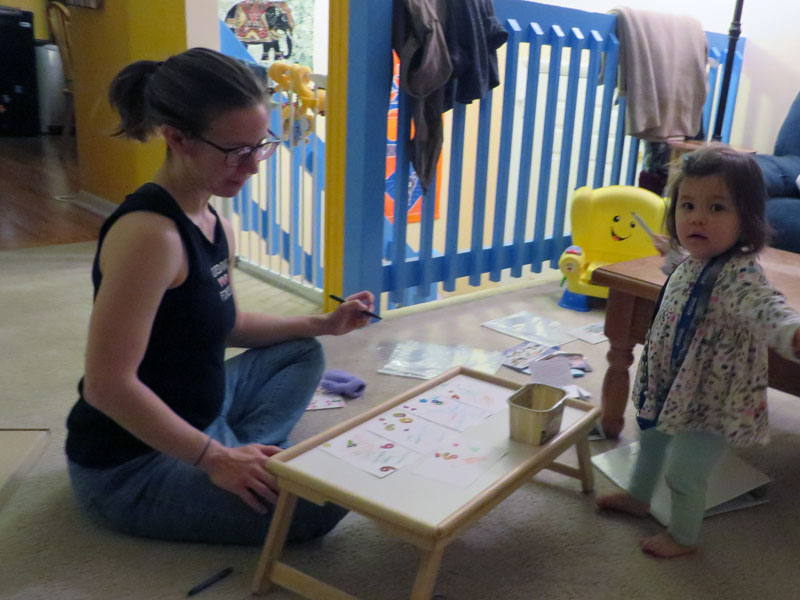 No Good by Ivy Levan:
This album opens with a few promising tracks like Kiss My Biscuit, but front-loads all of the beats. The last half of the album is a bunch of forgettable power ballads, and there's also an odd socially dissonant song about enjoying abusive relationships. I like Ivy's voice though.

How the Story Ends by B. Reith:
I feel like this positive-outlook rapper is like who Eminem would have been with a good home life. There's a little more singing and less rapping on this album, which makes me prefer his first one, Now Is Not Forever, a bit more.

Everyone We Know by Thundamentals:
A middle-of-the-road album from this Australian hip hop group, Thundamentals -- pleasant to have on in the car, but nothing stands out as amazing. Never Say Never is a pretty fun track.

New Super Mario Bros. U Deluxe (Switch):
This is the laziest Mario game since New Super Maro Bros. 2, the previous record-holder for lazy Mario games. The elements of 2D Mario games approach you in the exact same allotments and the exact same progression as everything that came before it. I enjoy playing it for a level or two at a time, but get bored quickly. It's also time to get rid of all the Mario tropes that are no longer relevant -- extra lives? having to return to the map everything you die? Platformers have evolved since then. In spite of this criticism, I do hope that they make a New Super Mario Bros. U2, just so you can play as Bono.

As a delayed Valentine's outing, we did another paint'n'wine outing at Pinot's Palette. Here is the original: 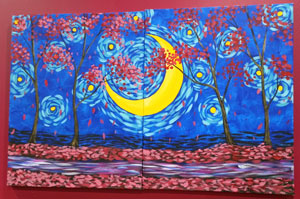 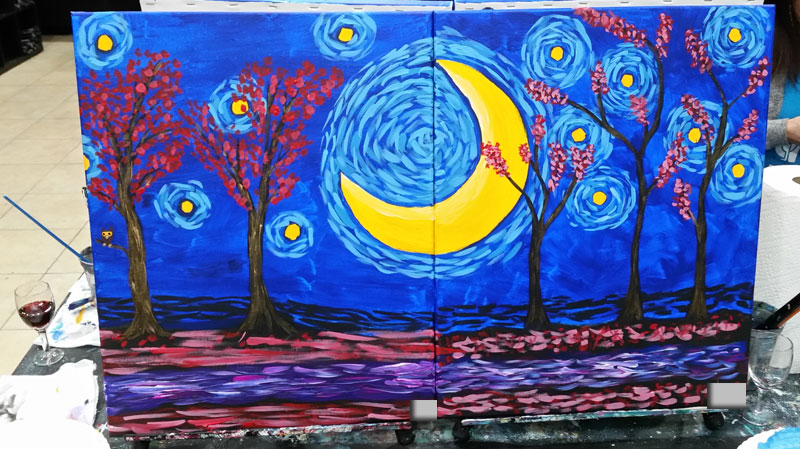 Here are all of the Washington Post front page headlines captured in my 12 of 12 photos between 2006 and 2018. It's hurricanes and Trump all the way down! 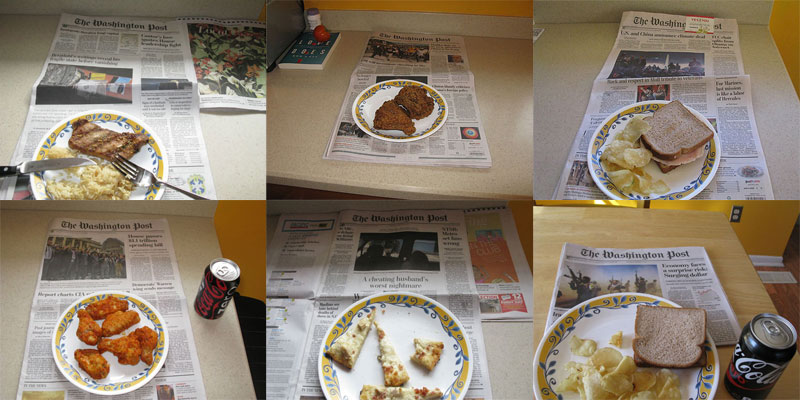 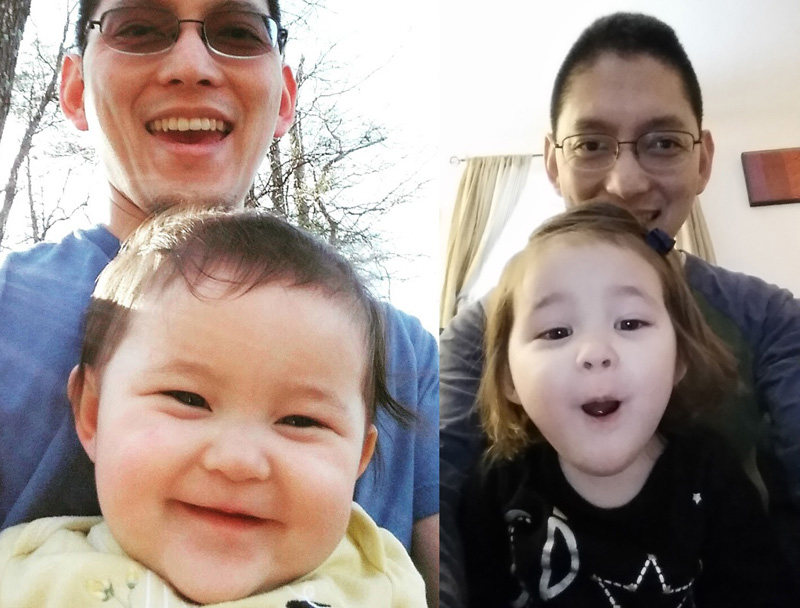 I've been so heads down in work this month that the 15th anniversary of living in Sterling passed without fanfare. I'm pretty sure that I count as a local now.

To mark this occasion, here is an excerpt from my 2004 Home Inspection Report -- the house had been on the market for three months in an age when houses were flipping in a matter of days, so an inspection was key. 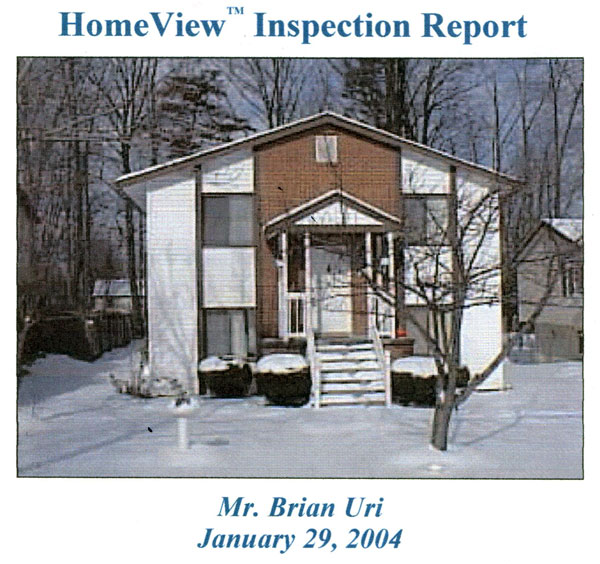 The inspector did not test the birdbath. Fifteen years later, it and 2 surrounding dead trees have been removed, maximizing the available space for front yard bowling and/or lawn darts.

The first half of the inspection was not particularly alarming:

The second half was a bit more worrisome, betraying the house's background of having an illegal multi-tenant sublet in the basement. (I design much better multi-tenant architectures).

Your electricity has been incorrectly wired, there's only 1 smoke alarm (broken), and there's no heat in the house, no big deal.

Luckily, the old owners bought a new heat pump that lasted another 4 years, and my dad is an electrical whiz! 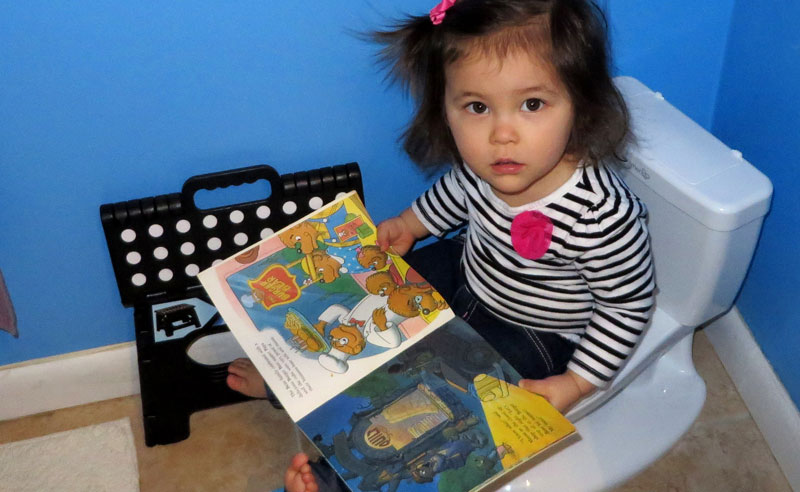