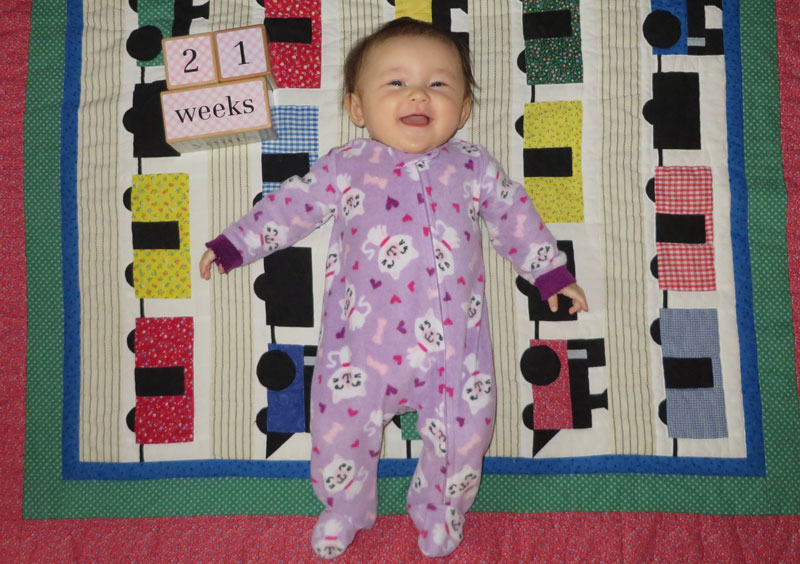 Maia is now 21 weeks old, which is the legal age for gambling in our household. Weighing in at 14.2 pounds, she can escape from tummy time through a sideways roll whenever she feels like it, but cannot roll onto her stomach yet. Her schedule has solidified to a 9 hour nighttime and an extended daytime with staggered 30 minute naps throughout. They're really not long enough to do anything productive in, so I squander the time as best as I possibly can.

We continue to give her solid foods in addition to boob milk, and she greatly prefers salted lentils to avocado. Aware that there are different tastes in the world now, she watches us eat with more clinical interest and yearns for the day she can eat sour cream and onion potato chips like her dad. Her favourite toy is now Sophie, the squeaky giraffe that is pervasive across babified households, and she can fit an entire leg into her mouth like a turkey leg at the Renn Faire.

All in all, we've got things pretty well under control. With our alternating schedules, Rebecca and I have to make sure that we also spend time with each other and we're not just handing off the baby all the time. It might be nice to have a few more hours in the day to relax and do non-baby things, but then again, Maia probably wouldn't sleep during those either. 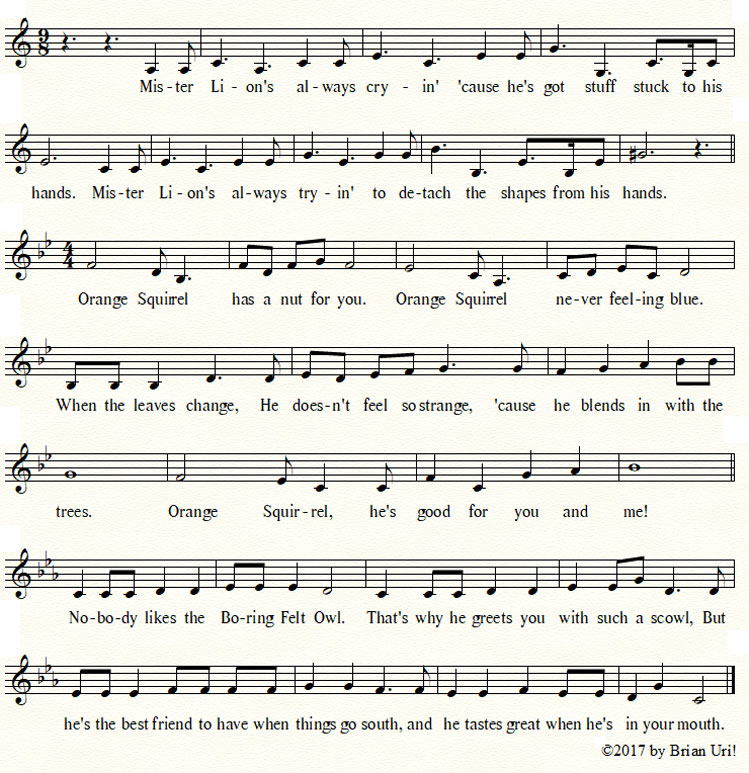 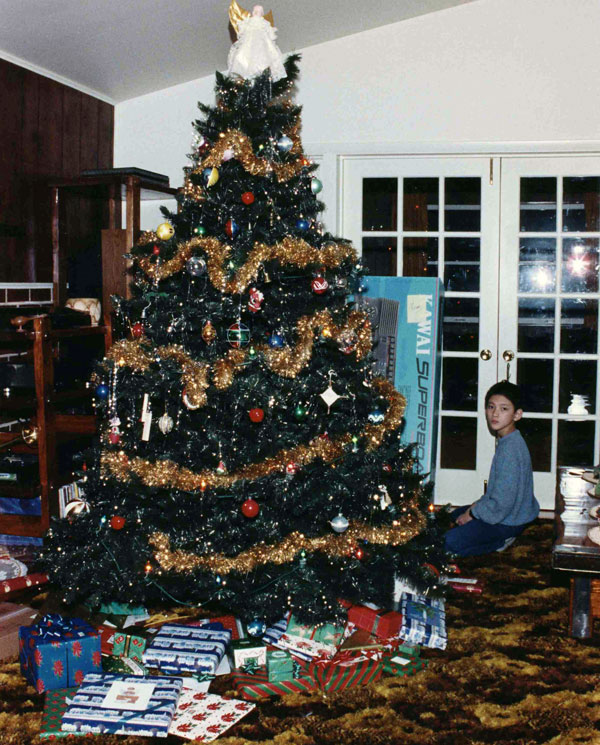 I was 12 years old and in seventh grade, and I was clearly more interested in playing the Super Nintendo game I had unwrapped on Christmas Eve (ActRaiser) than looking at the camera. You can see our creepy animatronic angel atop the Christmas tree, and the first in a long line of electronic keyboards with questionable General MIDI compatibility in the background (I presume it's not wrapped so as not to waste excess wrapping paper).

The presents in the foreground are all still wrapped as we never started opening them until Mom got out of bed around 8 AM. There are way too many presents which is why I'm ambivalent about getting Maia more than a few at a time when she's growing up. The pendulum has to swing back and forth so that she can give a million presents to her kids because "her dad was stingy".

Makes enough for 2 - 3 people, depending on how voracious your appetites are.

This next batch of songs does not revolve around characters in the Enrichment Jungle, but they'll be included in the same anthology when it goes to print.

The Nap Song: This is the song I used to regularly hum to Maia to get her to nap in the joey pouch while walking around the basement. When you get to the end, you repeat it ad nauseum. Most of the notes are staccato so you can hum it while out of breath on the nature park hill. She has since transitioned to 70s funk jazz as a soporific, but this still gets hummed occasionally.

Poop Bike: This is the song I use when Maia is working on her outputs. In measures 1 - 3 and 5 - 6, you should be gyrating the baby's legs as if she is on a tiny bicycle. In measure 4 and 7, you should accentuate each beat with unison leg presses. Like any good rhythm game, you may get a reward for the proper moves. 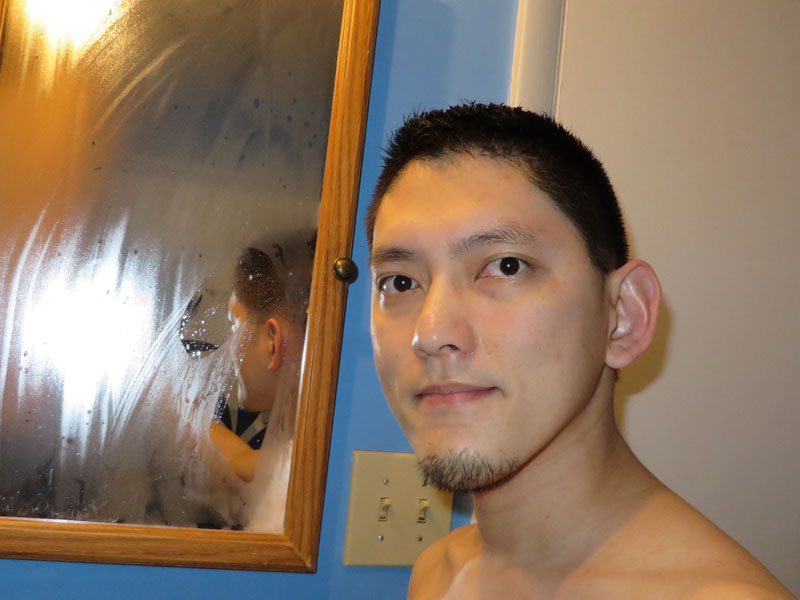 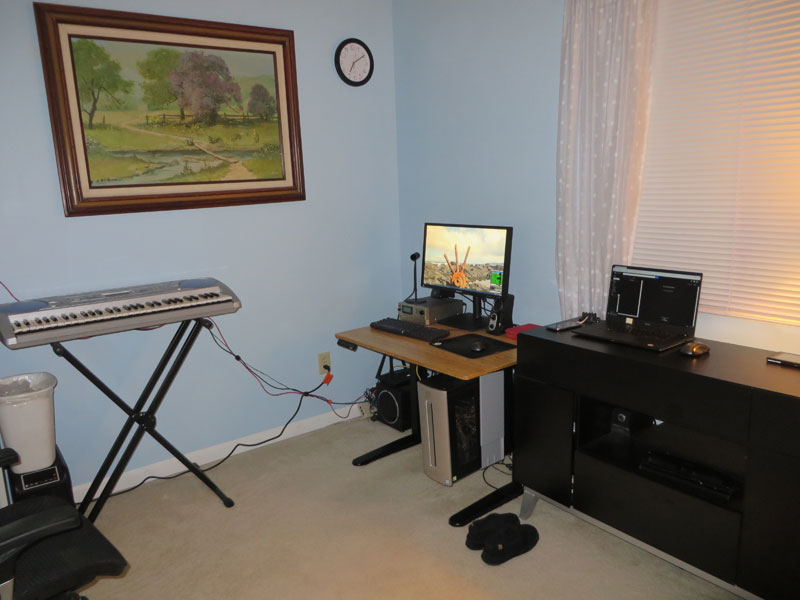 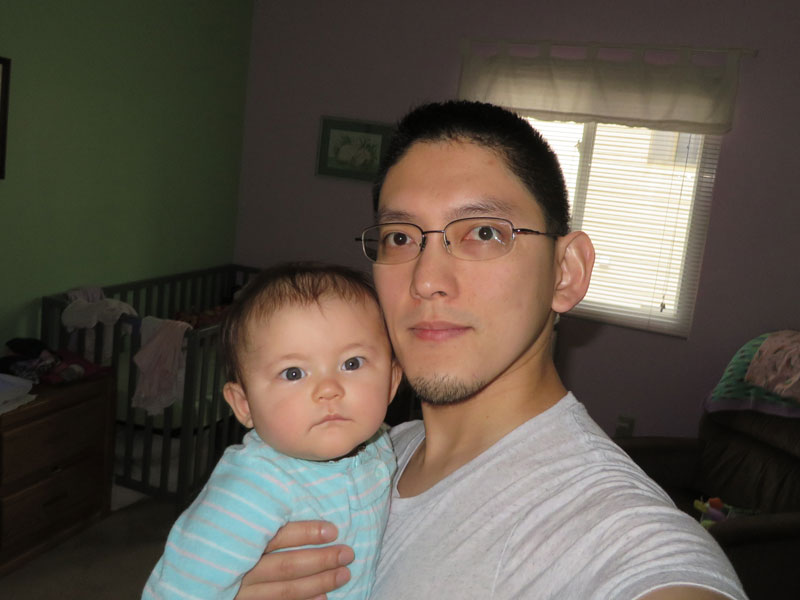 8:31 AM: Someone's hungry for breakfast. 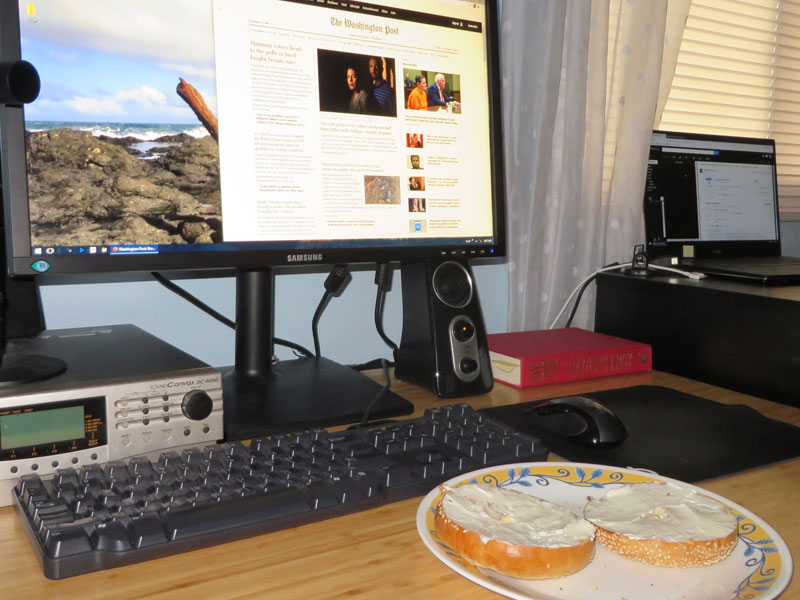 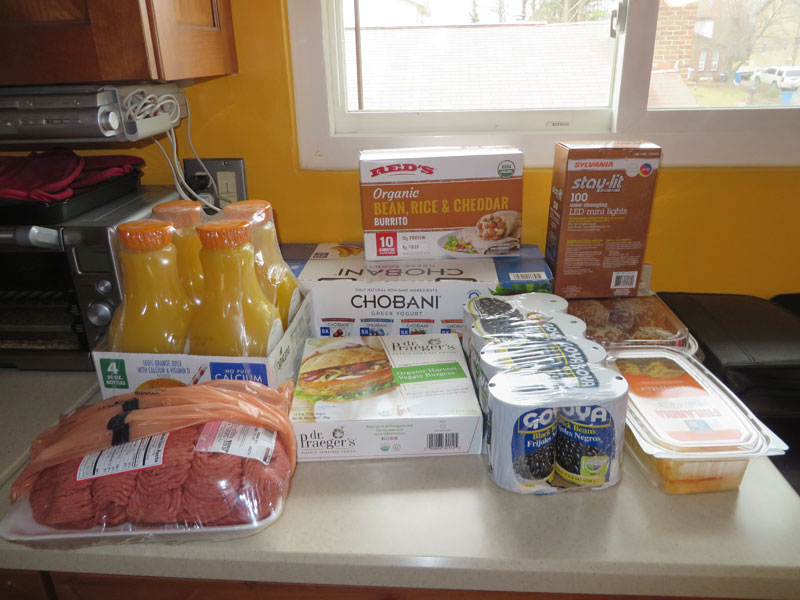 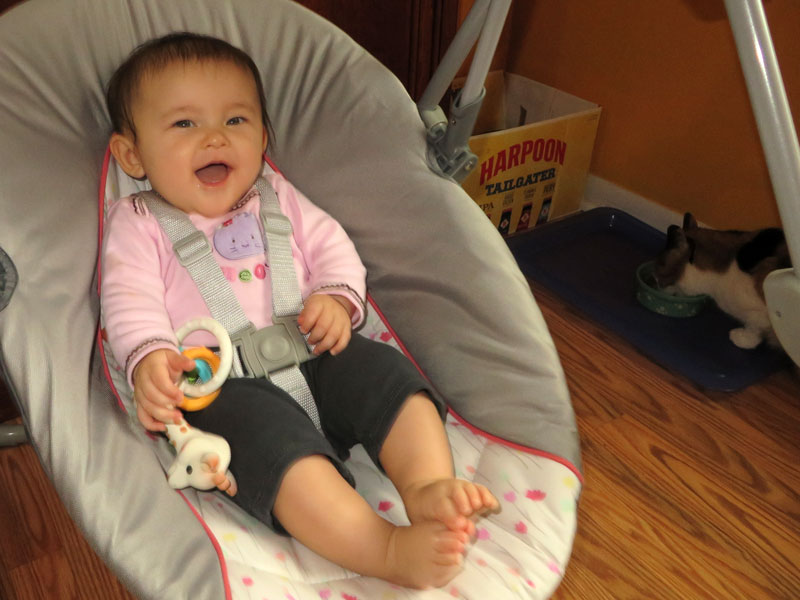 12:14 PM: Happy in the swing while grandparents visit and Amber eats. 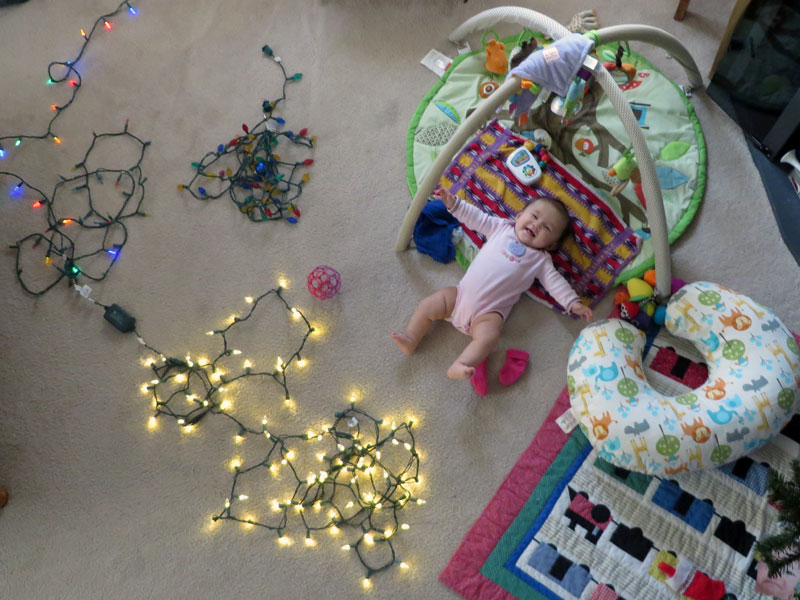 2:51 PM: Helping me locate the burnt out bulbs. 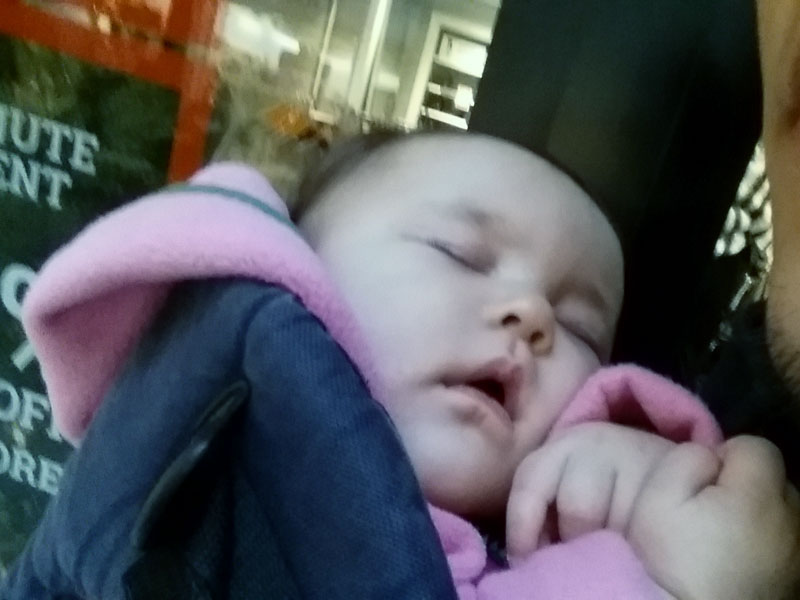 4:19 PM: The daily nature walk has moved into the mall because of the cold. There are way fewer deer here. 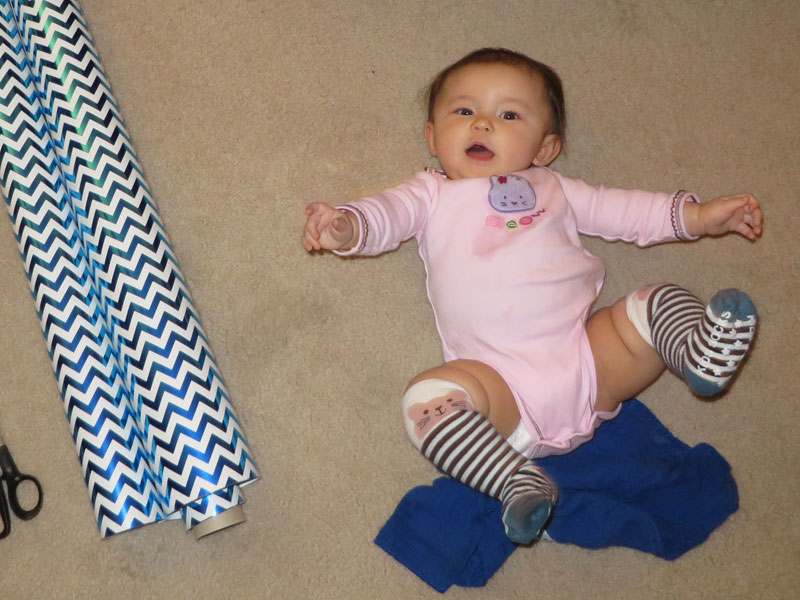 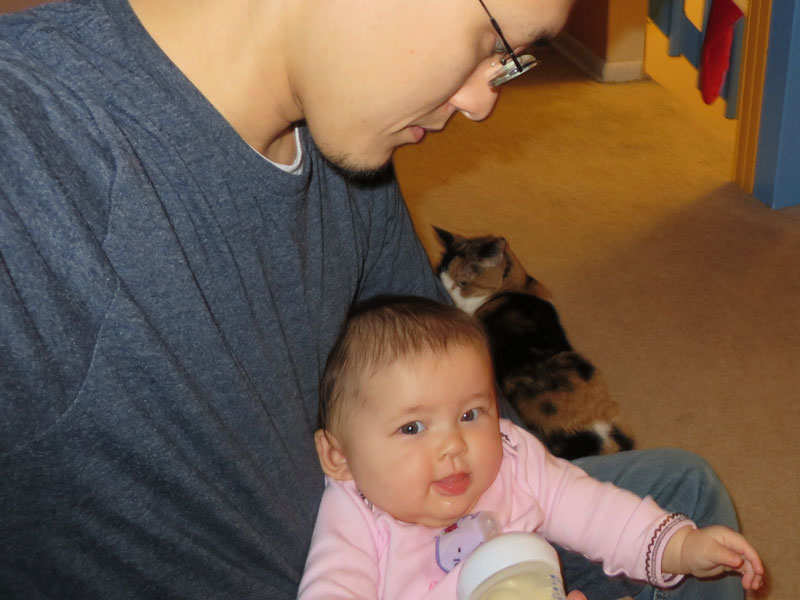 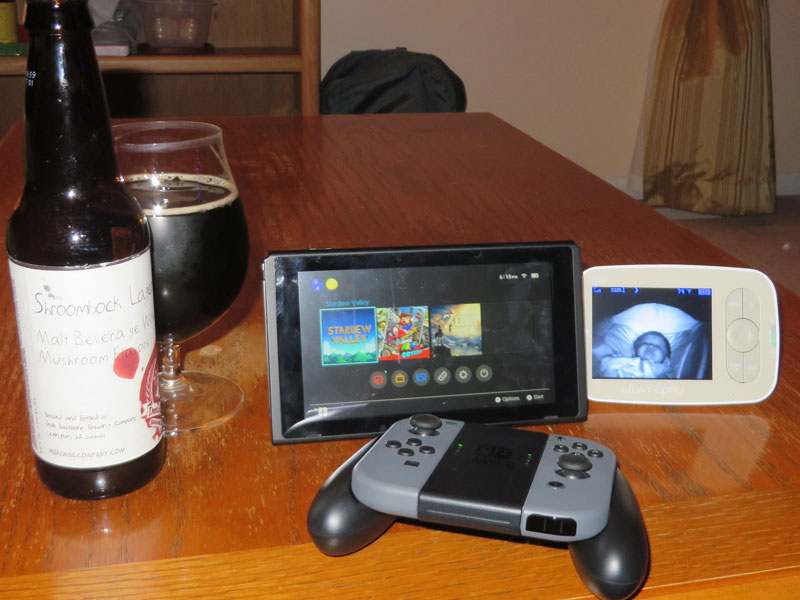 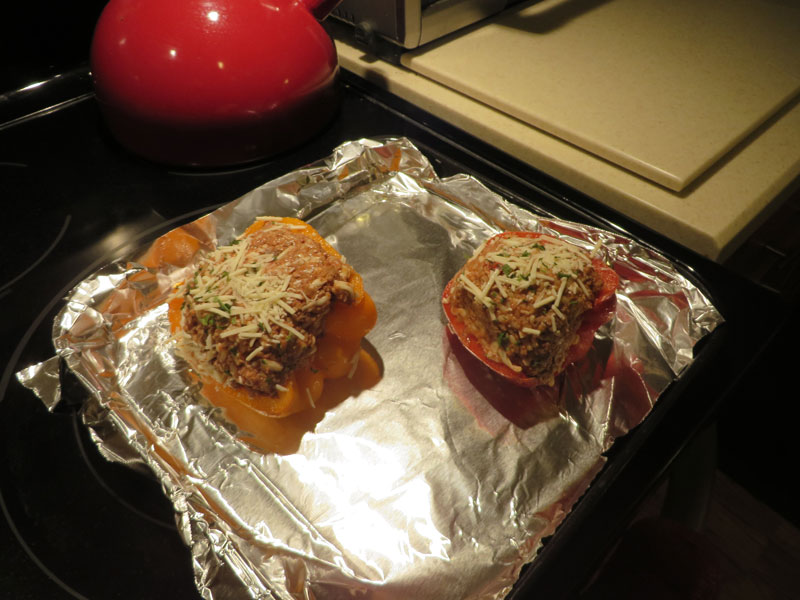 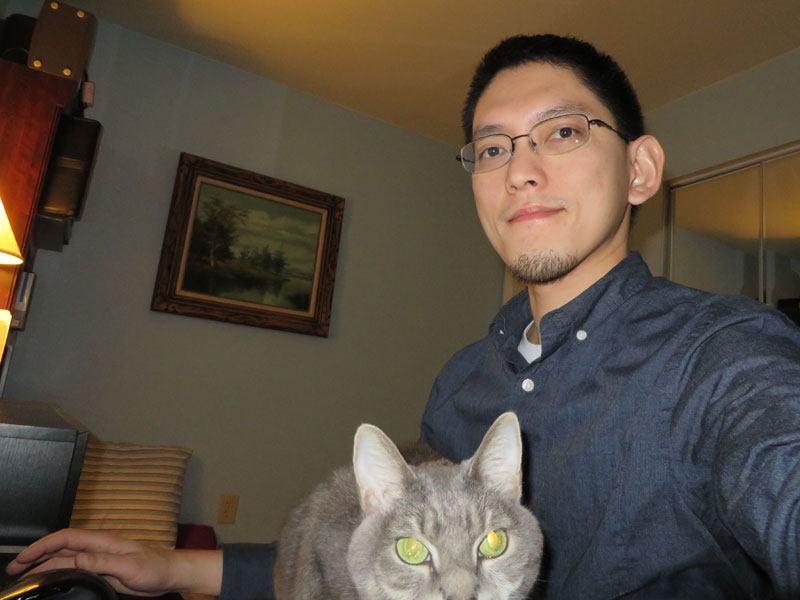 January: Working from home with Booty. 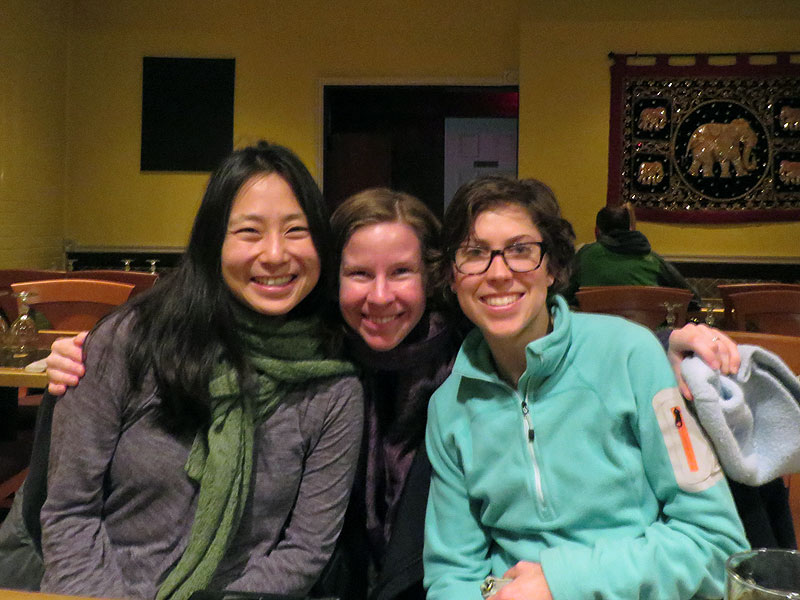 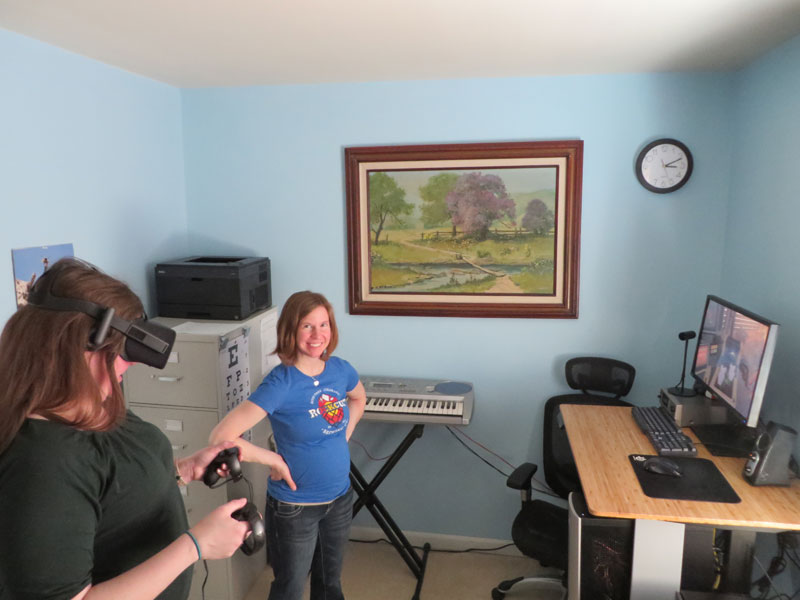 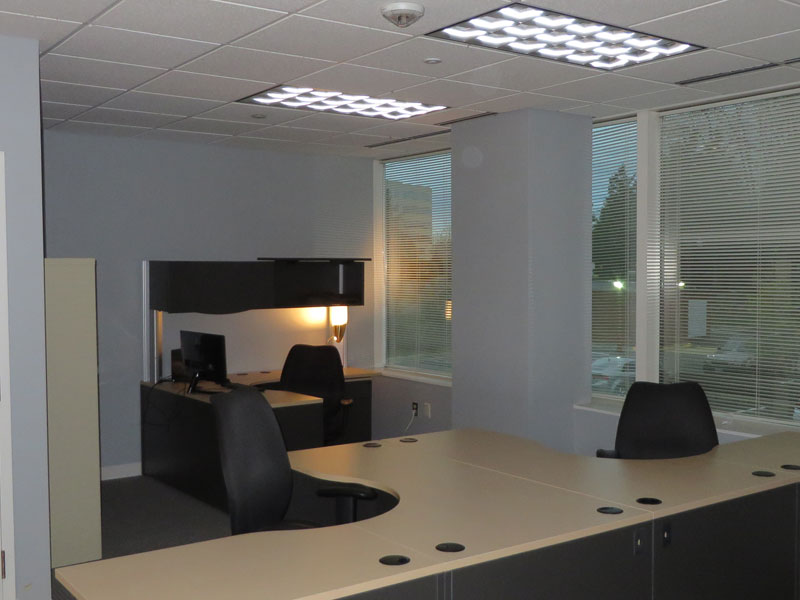 April: First one in the new office space gets to choose the best desk location. 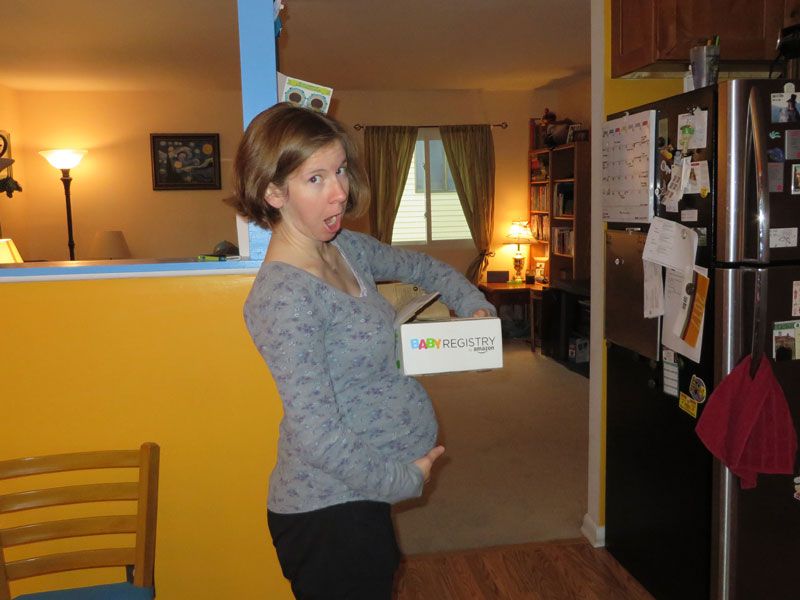 May: When did this happen? 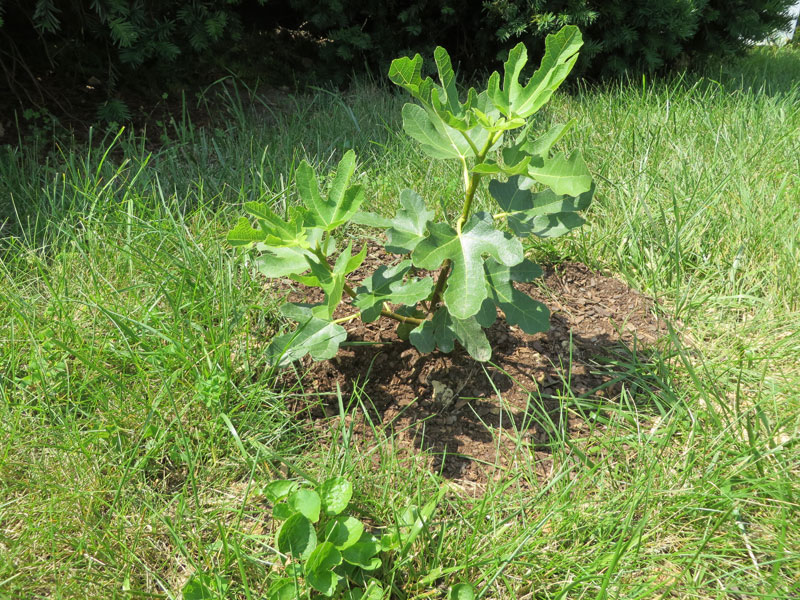 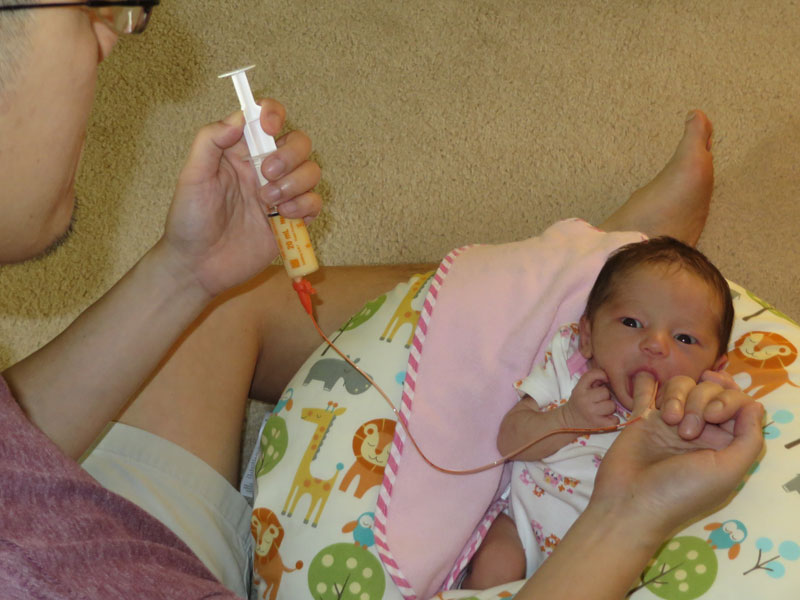 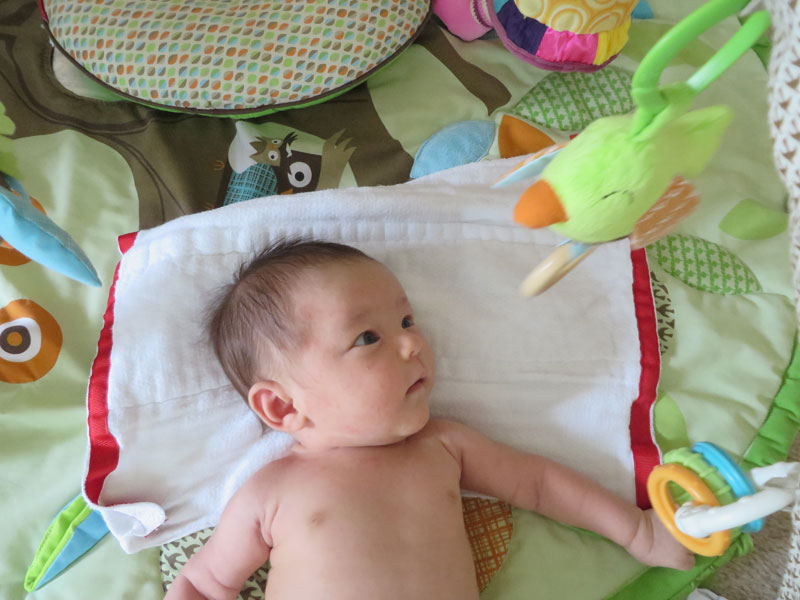 August: Learning all about ring birds and ring worms. 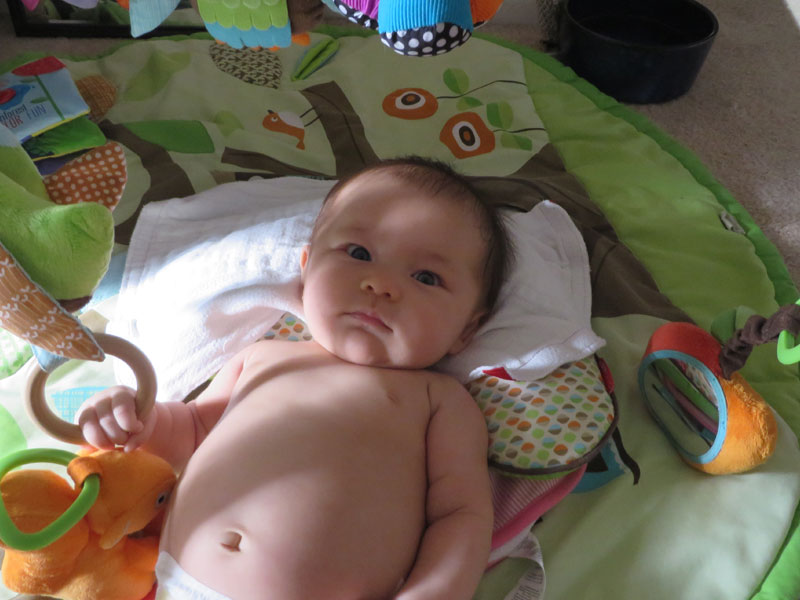 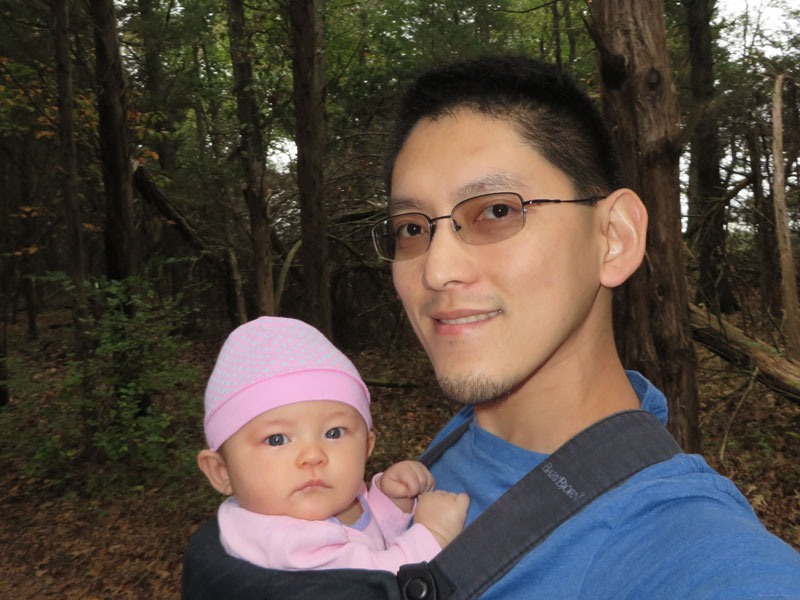 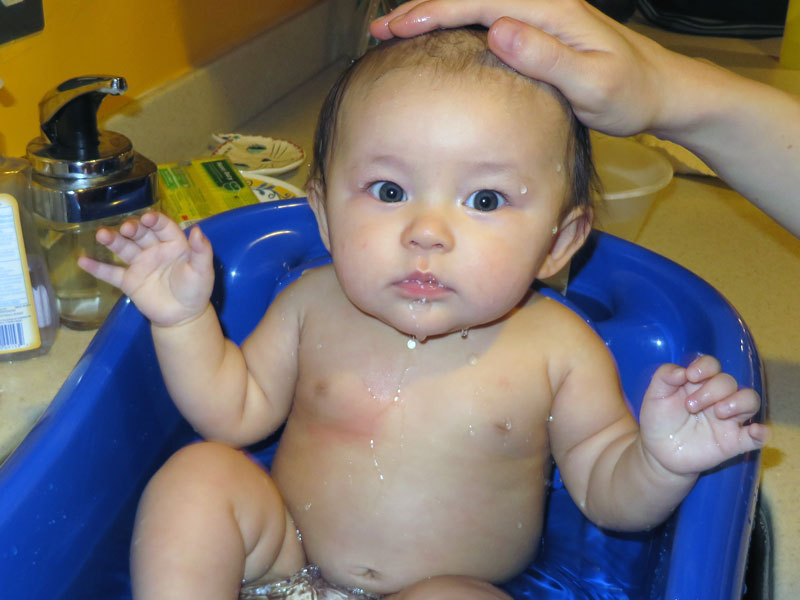 Harry Potter and the Cursed Child - Parts One and Two by J.K. Rowling, John Tiffany, Jack Thorne:
Overall, this play wasn't as bad as everyone said it was. It works better on a plot level than an emotional level, as it requires a deep knowledge of the book series and uses the tricky device of time travel to carve out new plot additions that actually have meaning in the broader Potterverse. The plot features the children of the main characters from the books and revisits several important points in time from Book Four.

What We Did Today by Just Jack:
Just Jack continues his streak of lo-fi tunes without as much rapping or heavy rhythmic content. This is a pleasant enough album but I do wish he would go back to the type of music he released on All Night Cinema (like 253) at some point.

Orphan Black, Season Five:
This is the final season of Orphan Black and though it functions passably as a wrap-up to the series, it's less effective as a standalone season. The plot takes a while to get moving and there are lots of transitional "running through the woods" scenes that just highlight how small the budget must have been. They also brought back many dropped plot points from Season Three (the weakest season) -- while it was nice to have a conclusion that tied it all together, I kind of wish they had left those threads permanently dropped as it seemed they would be in Season Four. However, it concludes well, with plenty of breathing room at the end to give every main character a nice ending. It also has the most effective use of the line "Chickens!" of any show, which is why we spent several days afterwards shouting "Chickens!" at Maia to make her laugh.

Narcos, Season Three:
This season was better than Season Two but it's still an uphill battle to watch without much in the way of plot twists or really interesting characters. Things always happen as you'd expect them to, and the paint-by-numbers approach turns into a slog by about halfway through.

Looking for content to consume like a dirty American consumer over the holidays? Check out my recommendations from this past year! 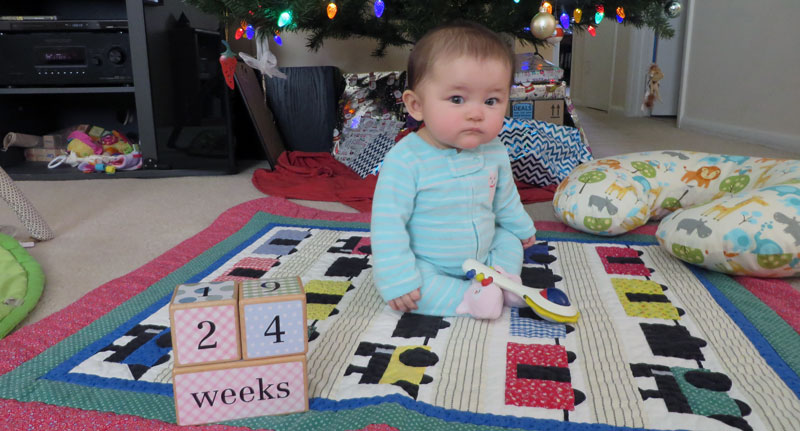 Maia is now 24 weeks old, 15 pounds heavy, and 1000 IQ smart. She has progressed quickly in the sitting department, going from your basic tripod pose a couple days ago to being able to sit up independently just yesterday. We have two loaner cats visiting us this week, and their antics have given Maia some extra incentive to sit up.

Life has progressed pretty normally since the Week 21 report -- the main difference is that we do our daily nature walks in the Dulles Town Center whenever the outdoor temperature drops below the 40s. There are fewer wildlife options in the mall but more chances for daddy fries from the food court.

Incidentally, these Battle Reports are not as thorough as I had originally planned for them to be, simply because I'm not great about writing things down as they occur to me -- instead, each report is just whatever fragmented thoughts I happen to remember the night before I post, frantically typed as Maia tries to add letters. I should hire a stenographer to follow me around and write down baby milestones. I think I once had that same idea for the melodies I invent as I walk around the house (now hiring: freshman music majors that can take dictation in tenor clef for an unpaid internship). 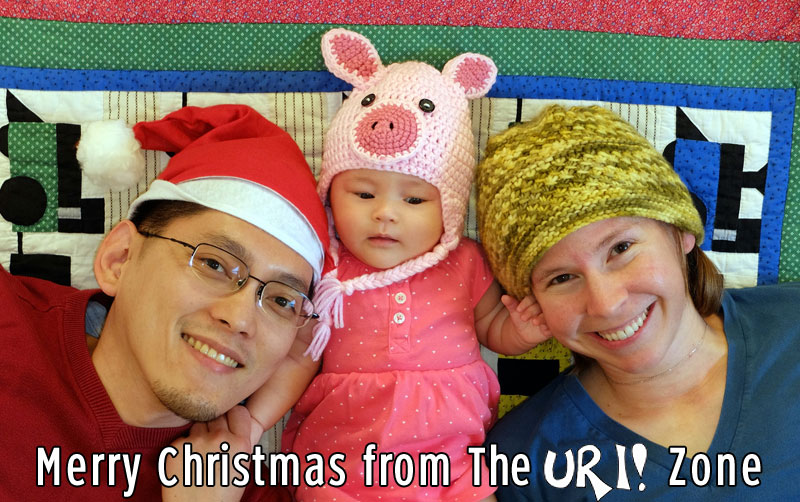 A smattering of events from 2017

December's Final Grade: A-, The unusual cold severely reduces baby-distraction options, but it has been a fun, relaxing month with good company.