Wisdom at age 4 and a half 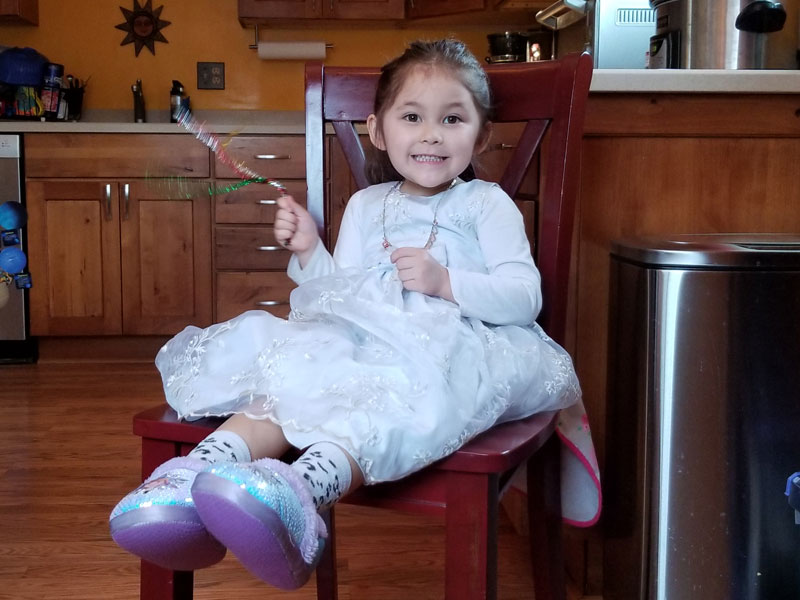 This is an update to Maia's previous interview.

What is your favourite color?

What is your favourite movie?

What is your favourite food?

What is your favourite drink?

Who is your favourite bunny?

What is your favourite activity?

"Mario Kart, even though I'm taking a break from it right now."

What is your favourite planet in the solar system?

(After I listed all the planets...) "When you said Pluto, you should have said 'Dwarf Planet Pluto'. That's how I say it."

What is your favourite holiday?

"Halloween 'cause I get yummy candies."

What is your favourite book?

"Last night I pulled out the book about the spooky old tree and I pretended it was The Spooky Old Carrot by saying 'Three little bunnies and the spooky old carrot'."

What is your favourite outside activity?

After an unseasonably warm day looking at the animals of Frying Pan Farm, we had a nice 2 - 3 inches of snow for Maia to enjoy (and two snow days off from school). 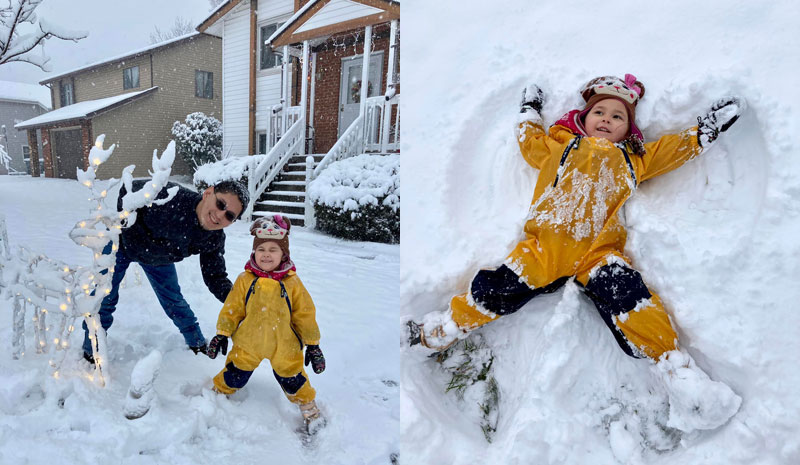 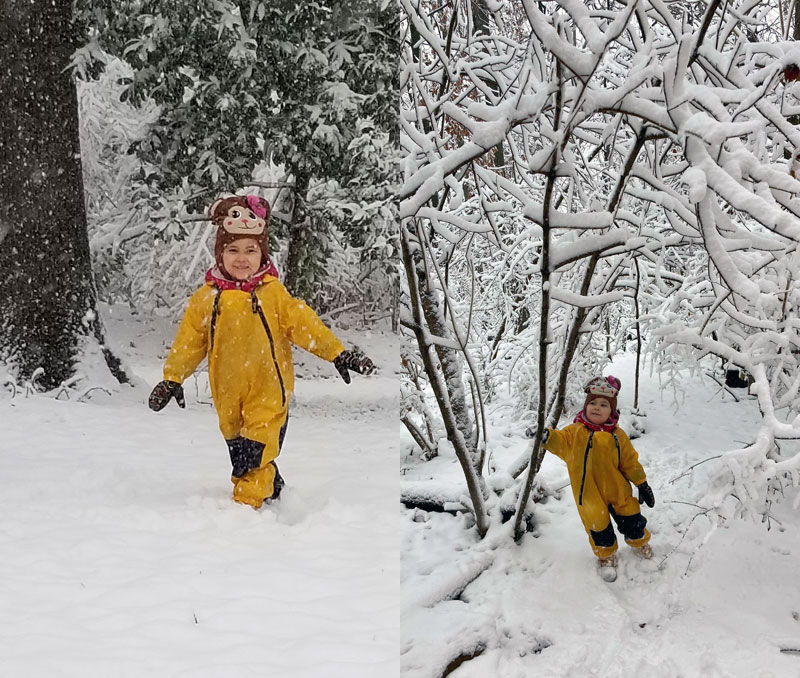 Together Together (R):
This is a quiet indie film about Ed Helms' character seeking a surrogate so he can raise a child on his own. The vibe is fairly mellow throughout and it rarely falls into the more obvious jokes and tropes one might expect.

No Rules Rules: Netflix and the Culture of Reinvention by Reed Hastings and Erin Meyer:
Books where the CEO of a company talks about why his company is so great are a dime a dozen. This one has some interesting stories (mixed into the obvious company rah-rah) that describe how Netflix continues to survive and pivot from its origins by increasing talent density and candor while removing rules and roadblocks.

Golden Age by Woodkid:
I picked this CD up based on Woodkid's contribution to the Arcane soundtrack. All of the songs are pretty interesting -- as if Cosmo Sheldrake, Muse, and Imagine Dragons collaborated to make video game music. Run Boy Run is a good representative track. 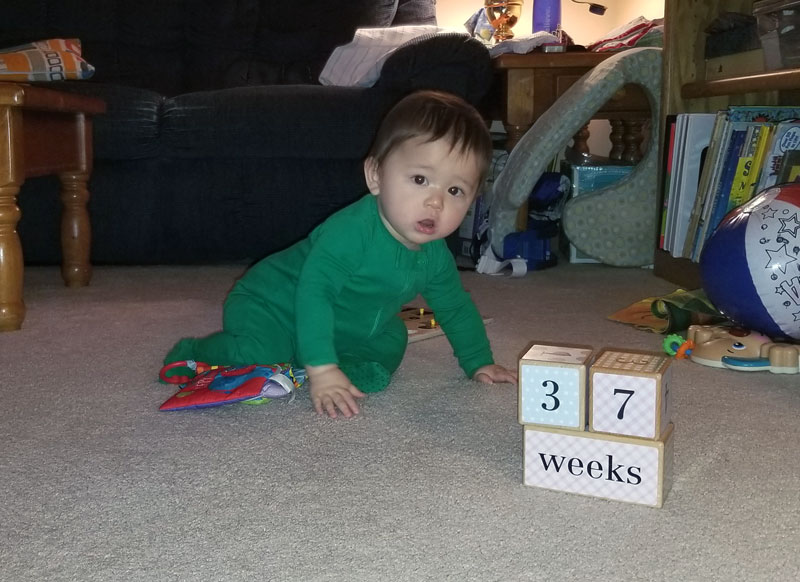 He is the loudest baby I have ever been related to, getting bored easily with whatever's directly in front of him and immediately shouting or shrieking for change. We have a few toy zones set up around the house to rotate through. On the plus side, his naps are longer (2 per day, morning and afternoon, sometimes up to 2 hours) and he's less likely to begin each nap by reverberating reality.

Ian loves to eat and is learning how to eat by himself (puffs are best, bananas are great, and carrots usually end up squished all over the place). Much of our day as a family is spent sitting around the dining room table for meals and it's nice that we don't always have to artisanally grind little vats of different pastes for every meal.

Ian is not crawling yet, but does have the ability to scoot backwards until his legs wrap around a table leg or other obstacle. I once caught him rolled to the baby gate at the top of the stairs and testing the bars, so it won't be long before he's escaping. 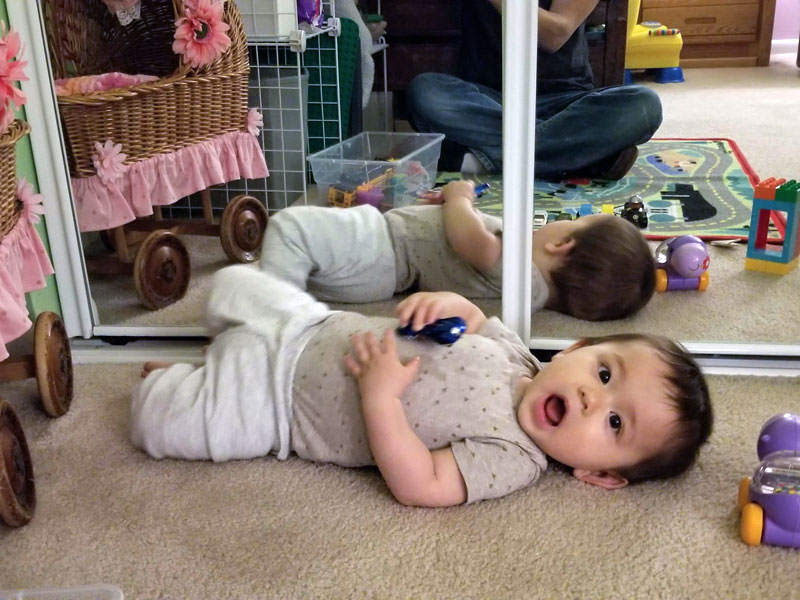 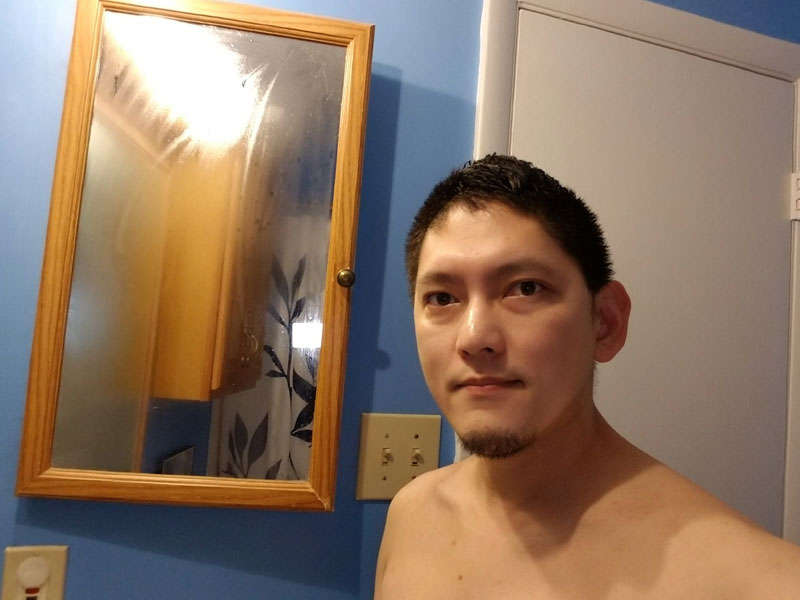 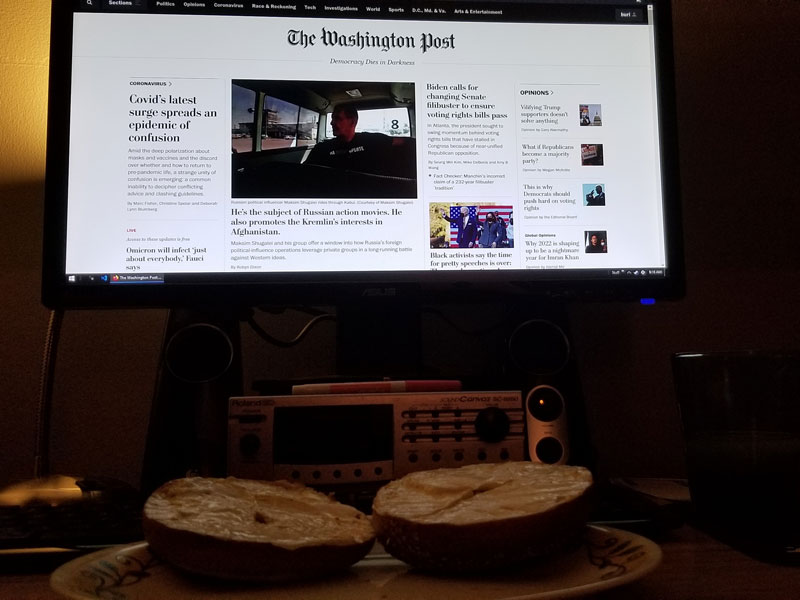 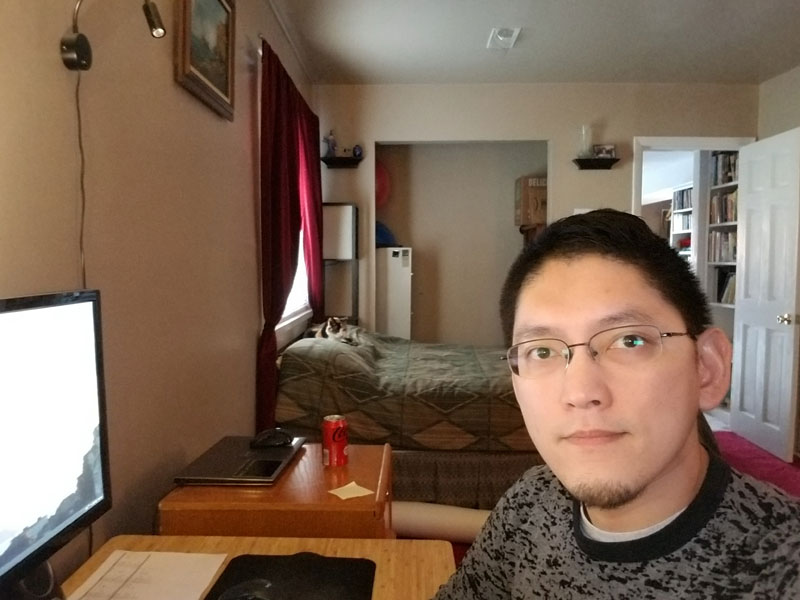 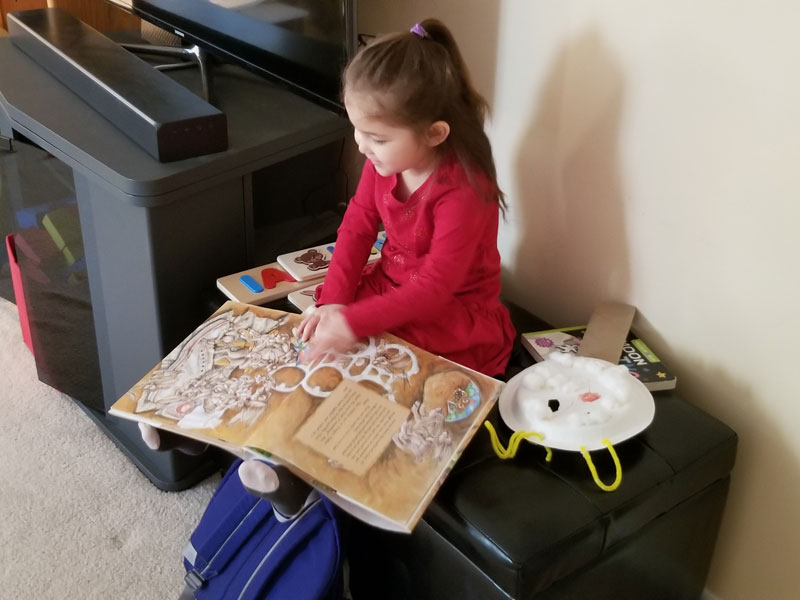 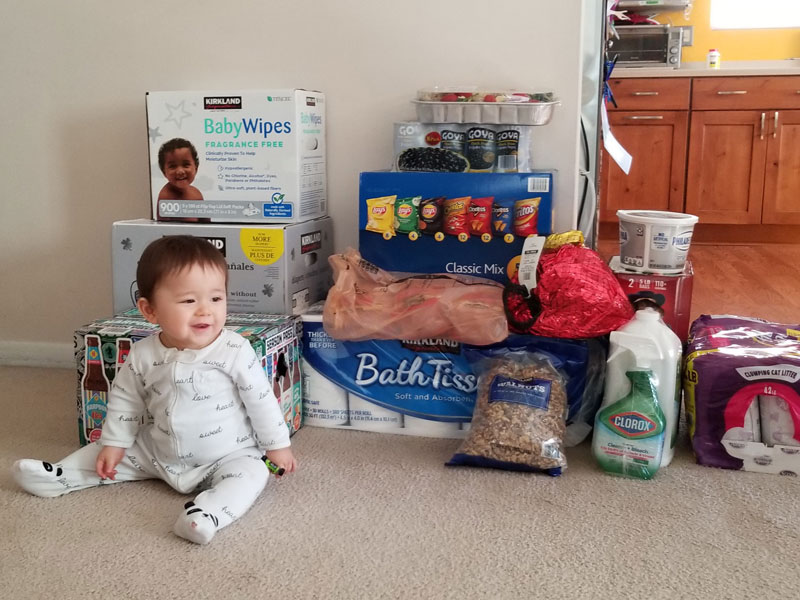 10:28 AM: Quick Costco run for winter storm essentials. I also snagged the LAST cream cheese tub during this cream cheese shortage, which some Costco employee had buried under the sour cream to purchase later. 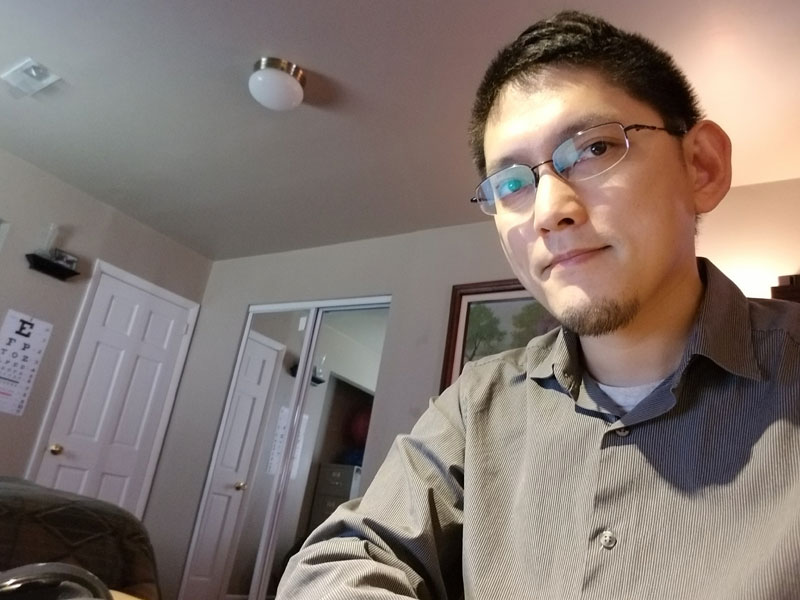 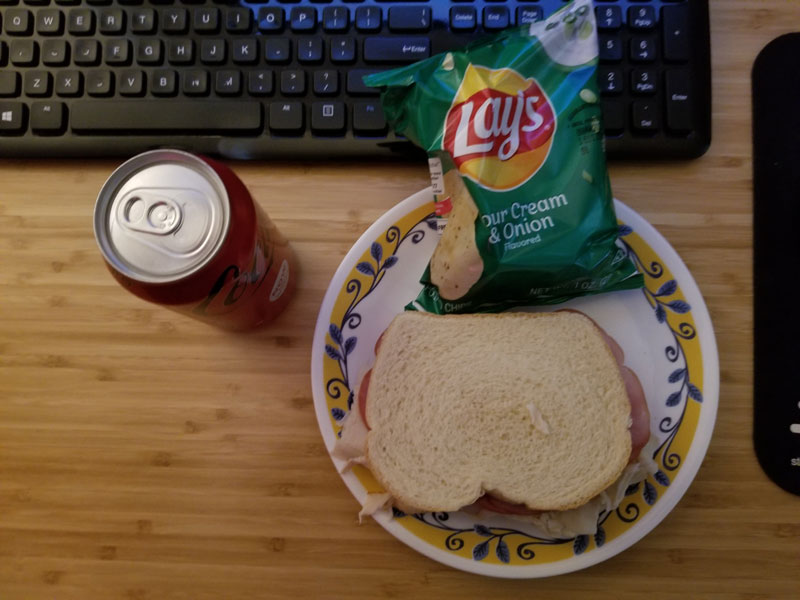 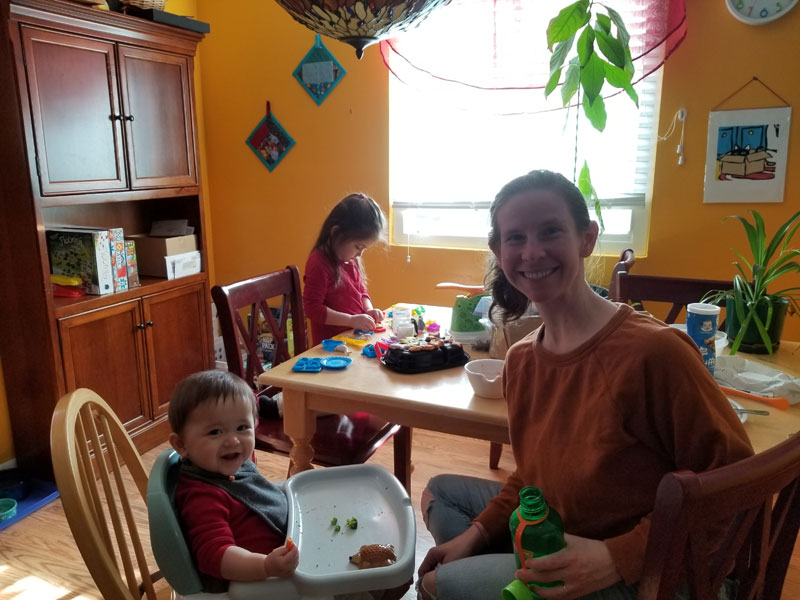 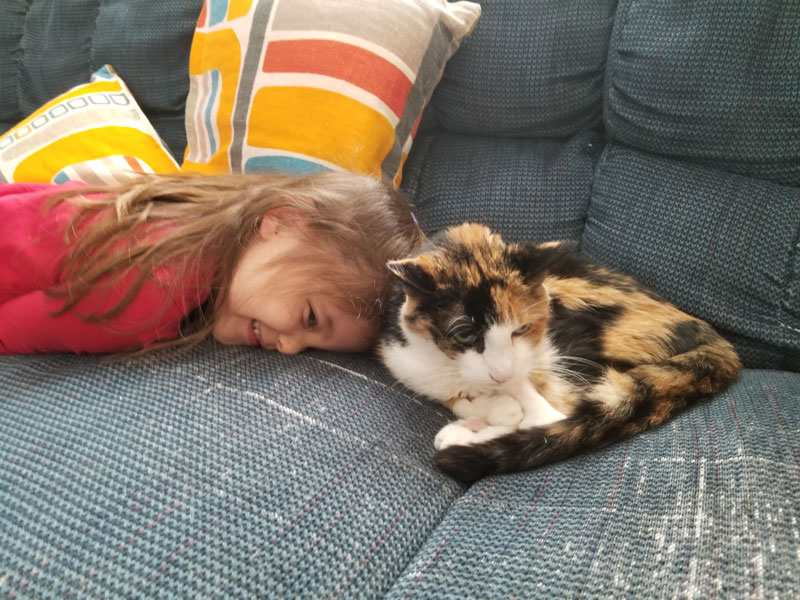 3:06 PM: Amber is more chill when old and mostly deaf. 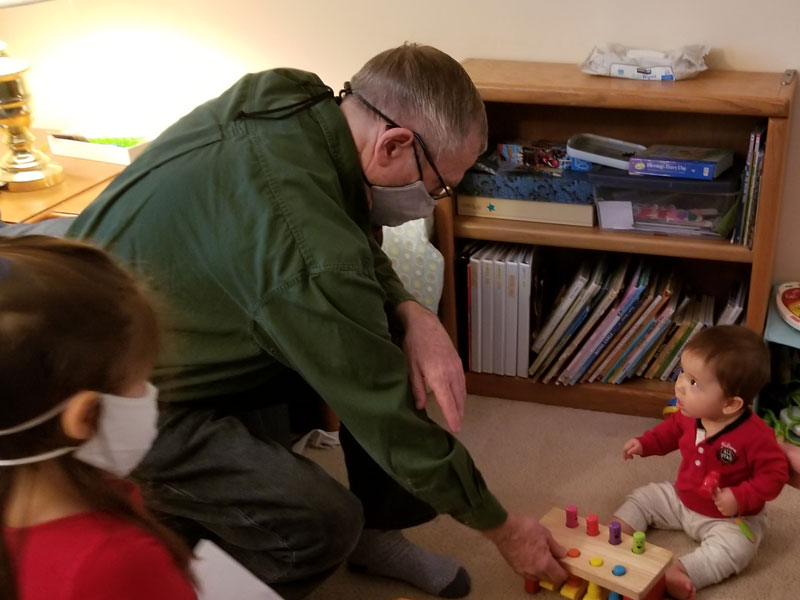 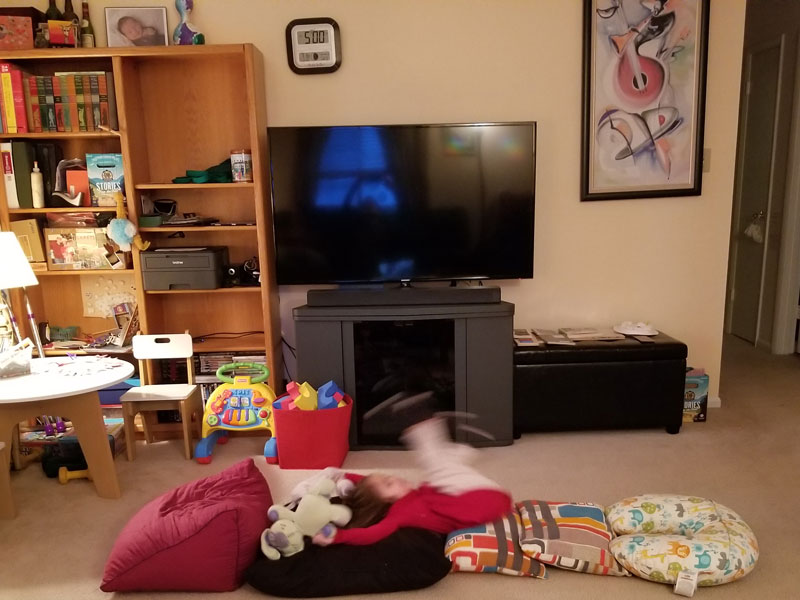 5:00 PM: Having a beer while judging the Bunny Hop/Tumble Olympics. 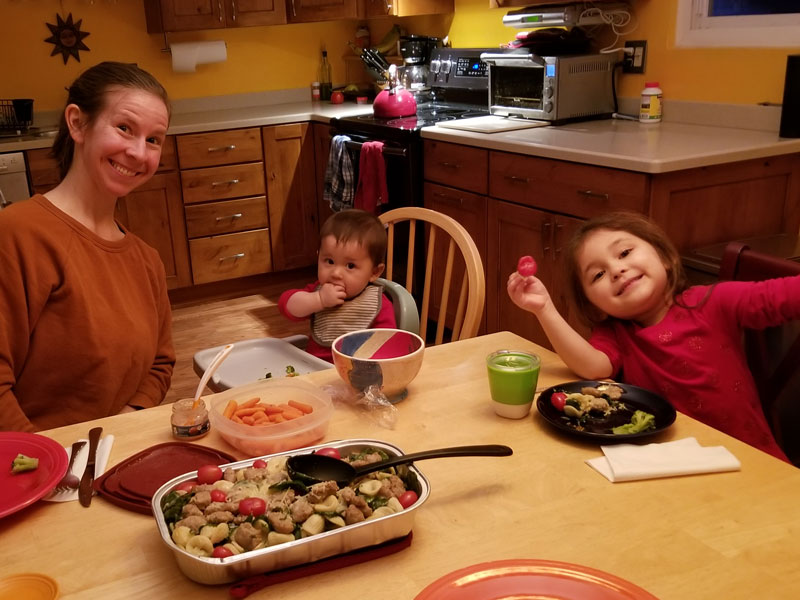 Day of Rage: How Trump Supporters Took the U.S. Capitol:
This is an investigative documentary about the events of January 6, 2021 built up from the many live recordings captured that day. While it's very visceral and worth watching to refresh your memory of why this day mattered, it's also pretty shallow and doesn't do anything to put these events in a broader context. Free on Youtube.

Shadows and Shinings: Deluxe Edition by Drapht:
In this age of EPs and 30 minute albums, I never thought I'd be able to say that an album is too long ever again. However, 75 minutes is way too long. The album starts strong, leaning heavily on guest performances from the Australian hip-hop scene, but it all starts to sound the same about halfway through.

Jack Whitehall: At Large:
A few funny moments throughout, but it's hard to follow Michael McIntyre (who we watched just a few nights earlier). Relies a little too much on manic energy and delivery rather than material that's funny on its own. Free on Netflix.

Shaun the Sheep: The Flight Before Christmas:
A charming, inoffensive Christmas special that Maia enjoyed. The lack of dialogue actually worked against it a little, as Maia sometimes had to ask what was going on. Free on Netflix.

Rebecca had her first day back in the PT clinic on Saturday, so I stayed home with the kids for a nap/Frozen matinee while work continued in the basement on our guest shower overhaul.

On Saturday evening, we had the grandparents over for a ham dinner. Maia learned about all of the places they had lived on a whiteboard map and then showed us where her bunny has lived (born in Alaska because he is a snowshoe, and his cousins are from Philly). 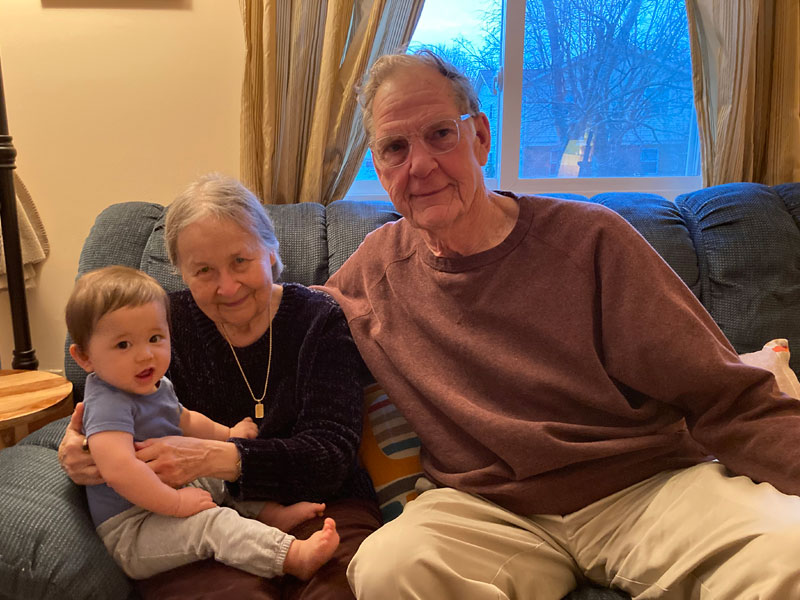 Sunday's snow event was worthwhile if shortlived. We got about 4 inches by evening, but then precipitation turned almost immediately to rain, erasing our gains. 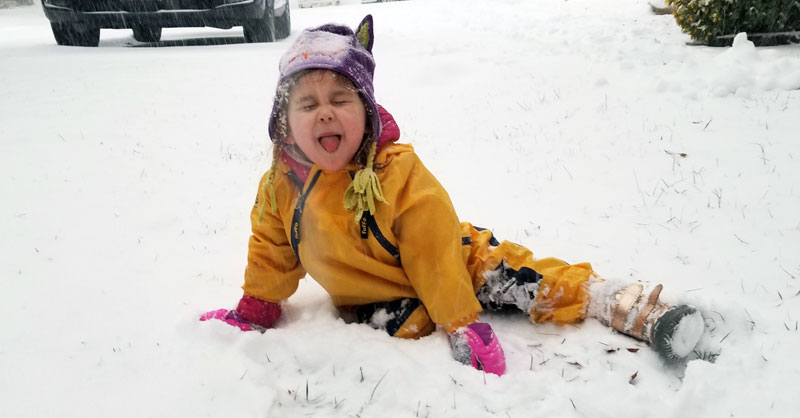 Our latest home project is an overhaul of our guest shower in the basement. The previous shower was a haphazard relic from when I first moved in in 2004 and the basement had been subdivided into separate living areas for maximum renting. The groutwork finally decayed to the point where the wall was soft and I had to apply duct tape liberally to stem further damages.

We went with the same company that did our screen porch and patio. After a few false starts and snow events, the shower is finally complete. 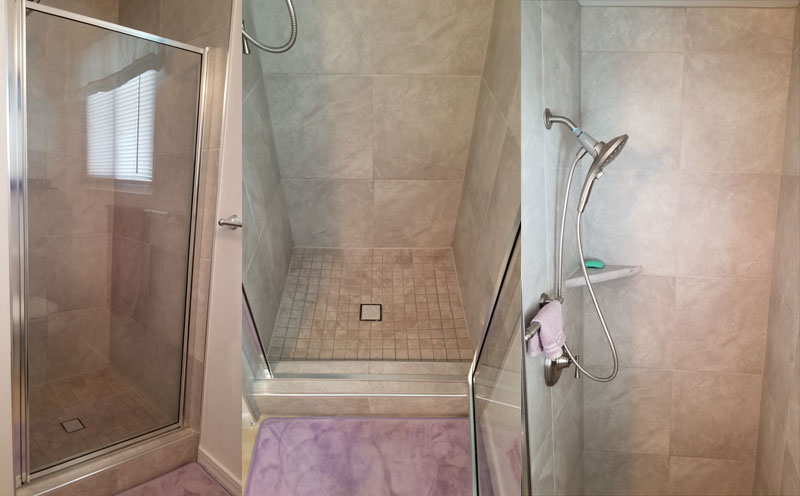 The new shower is now nicer than our main showers, so I'd better start taking more post-workout showers in the basement to get my money's worth.

S16 by Woodkid:
After enjoying the uniqueness of Golden Age, I immediately purchased Woodkid's most recent album. It works fine for atmospheric background music, but feels a little forgettable. I'll listen to it a few more times, to see if I change my mind but I preferred the earlier album.

The Sun by Bliss n ESO:
The latest album from this Australian hip-hop group is excellent, full of great hooks, beats, and fun lyrics. I never thought I'd hear Carol of the Bells as a hip-hop sample until I heard the first track on ths album. Cadillac Outta Hell is a good representative track.

Money Heist, Season Five, Part Two:
Money Heist finally concludes its latest heist, going out on top. The ending was great and kept me guessing. Some of the plot progression redeemed a lot of the flashbacks that I had dismissed as pointless in previous seasons. This is a series definitely worth watching if you enjoy over-the-top heist plots. The first two seasons have more of a soap opera feel to them, while the last three (the Netflix-produced ones) are very polished and professional.

Final Grade: B+ for this season, B+ for the series

Azul (re-review):
I originally dismissed this game as mostly luck-based, so I have to issue a mea culpa. After Rebecca played this with friends on Board Game Arena, we realized that we had misinterpreted two key rules in the lengthy rulebook which prevented our games from ever reaching their full potential. Now that we're playing it the right way, it's much more enjoyable and strategic.

I still draw bunnies for Maia on request, but very rarely -- she is more likely to want to draw her own. 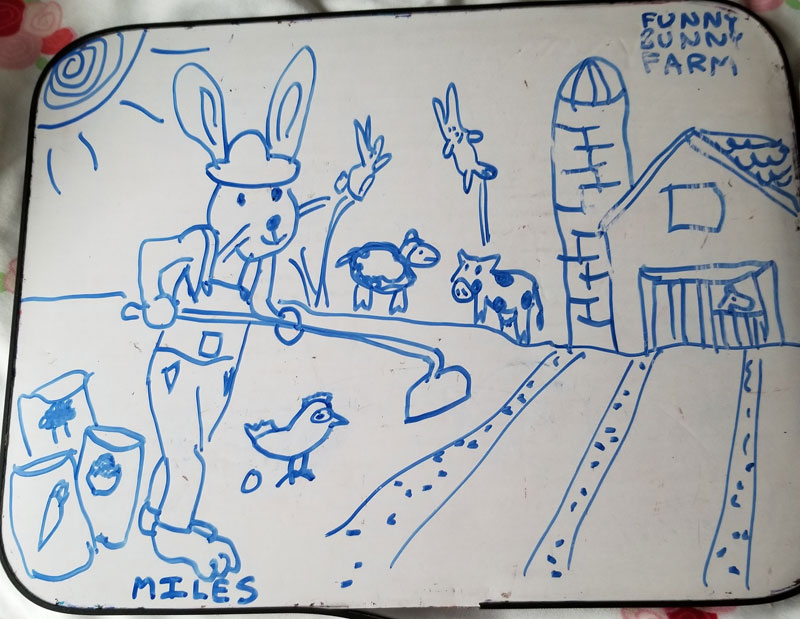 This next picture is Mallory Bunny, named after her older friend that shares the same birthday. Mallory Bunny lives in a castle with turrets. 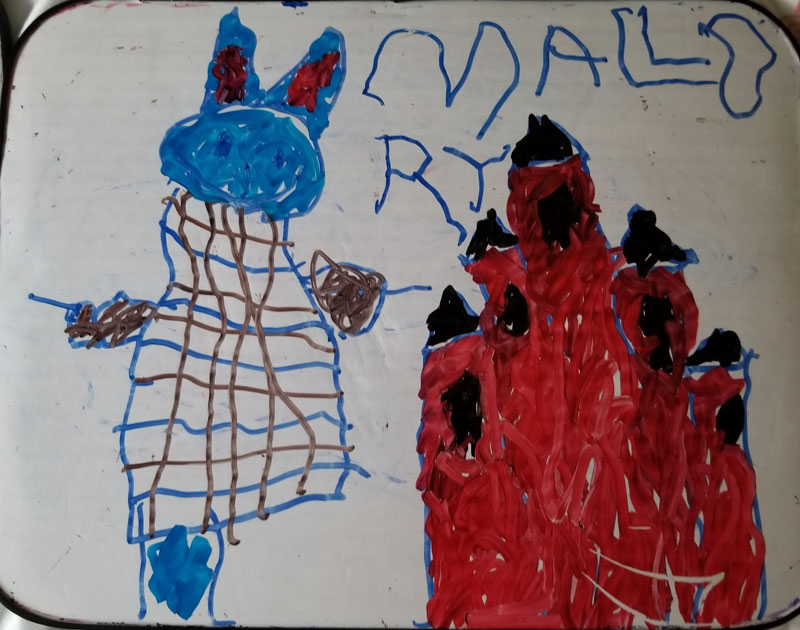 We used to have a Janny Wurts print of unicorns on the beach hanging here, but Maia moved it to her nightstand so she could "see the unicorn faces" before she goes to bed. She hung this original bunny art here instead. 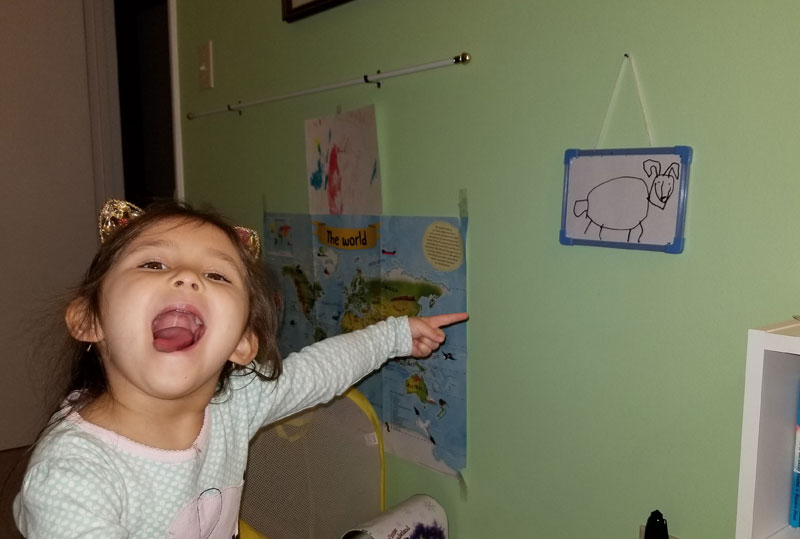 Maia was on a room subdivision kick for a week or so after reading The Berenstain Bears and No Girls Allowed for the millionth time. She diligently copied these letters out of the book. Who's allowed to be in a zone where both boys and girls aren't allowed? Bunnies.

Maia created a checklist for steps she takes before going to school: Wake, Dress, Breakfast, Potty, take Bunny to school, Shoes, Coat, Gooooooo! Rebecca used checklists like these to get Maia off to camp during the summertime. 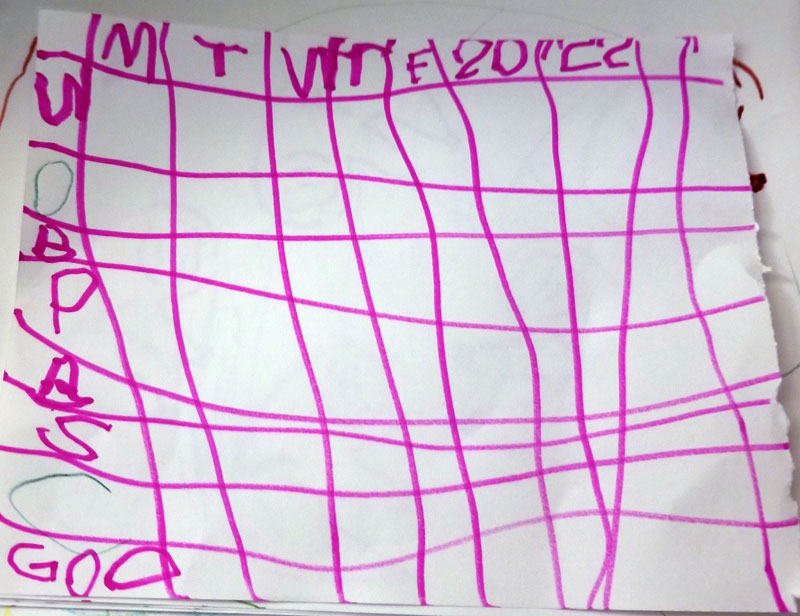 When not making bunny towns, Maia is building things from Zelda: Breath of the Wild. This is the Zora Domain, which is essentially a building shaped like a fish surrounded by bridges. 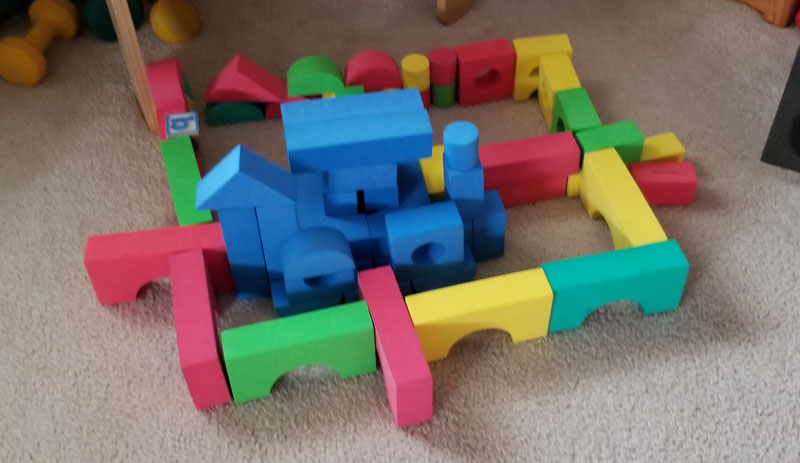 Here is the actual Zora Domain for reference. 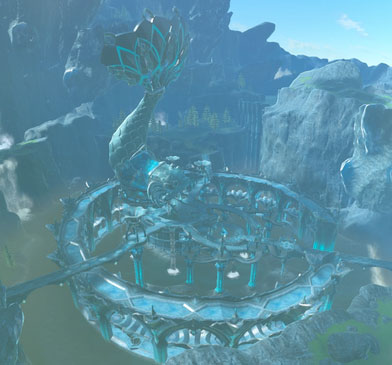 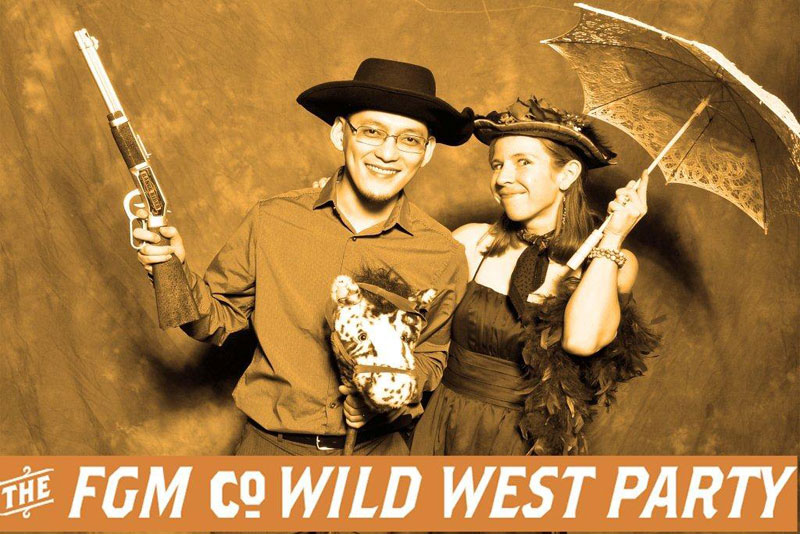 Two company names ago and long before the extravagant club and casino settings of the present, my company had their holiday party in a conference hall at the Dulles Hilton.

I actually brought the horse from home (though I didn't ride it to get there), since it was languishing in the basement as a prop from my 2010 Halloween costume, Old Spice Guy. The horse still lives with us (Maia calls it "Spotty") but has finally run out of neigh batteries.