I've been spending two hours a day driving to the temporary office of my new job, so I haven't had any time to write today's update, which was supposed to be about how little my life has changed since I finally got a smartphone last January.

Instead, here is a gfy of a cat wearing a tiny Santa hat.

I finally purchased a smartphone back in January 2016, but you wouldn't really know it based on the fact that it spends most hour sof the day on my desk at home, forgotten and sad. However, here are a few ways it has deeply impacted my life this year. 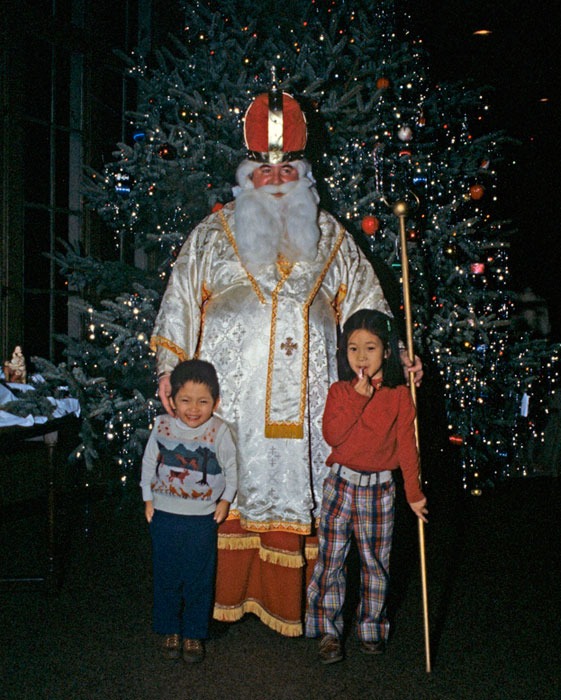 This picture was taken at Christmas time in 1983. I'm wearing my favourite sweater that shows the designer's inability to understand the concept of wild animal perspective. My dad says that we were at the Economics and Business Department's Christmas party (he was a full-time teacher at Catholic University). The Greek Orthodox Santa was the department's administrative assistant and his costume was a really big deal for him

We would also attend a yearly event we attended where adoptive families got together and a fake Santa would give kids an early present. I was savvy enough to realize that fake Santa was fake (and had gotten the gift to give from the trunk of our car), but was just happy to get the Megatron Transformers gun early. That toy turned out to be a poorly-designed engineering debacle which couldn't stay in gun form long enough to shoot it.

2016 was a more musically lean year, so I'm just listing 10 songs I enjoyed this year in alphabetical order by band rather than ranking them against each other. 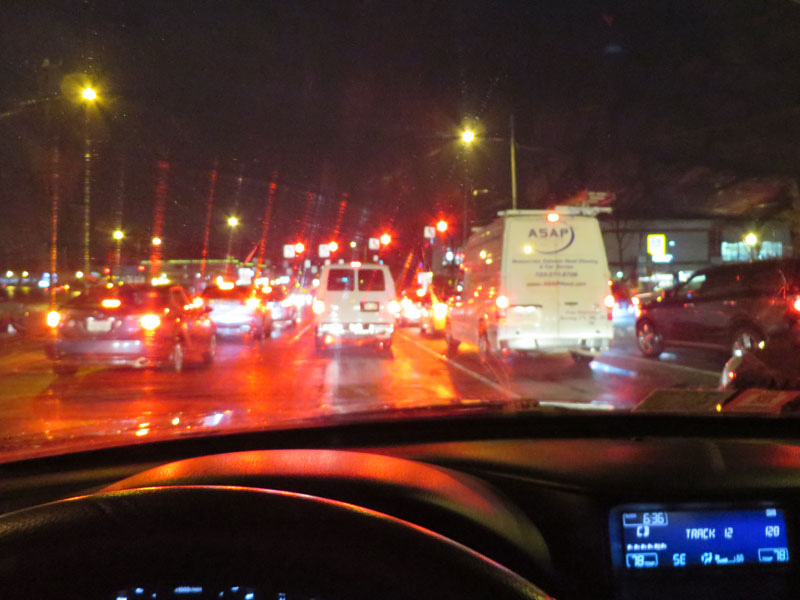 6:36 AM: Oozing down Brakelight Canal. 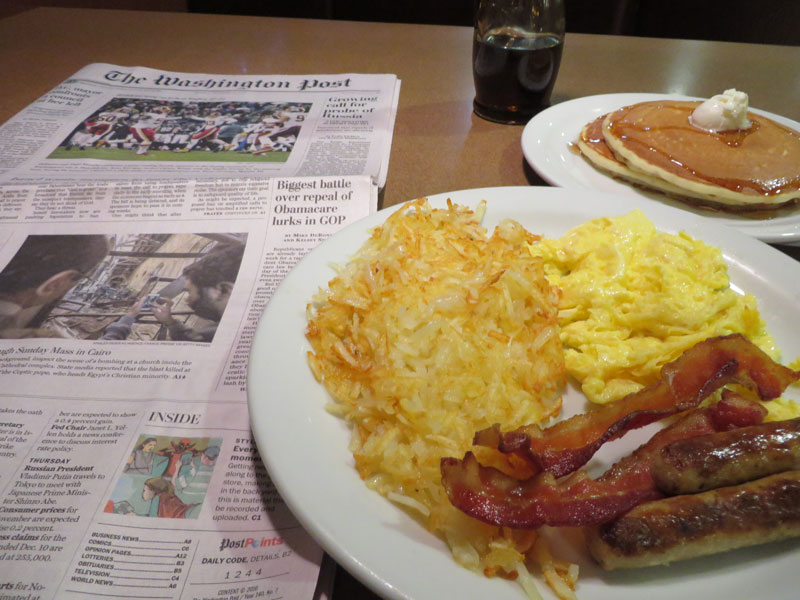 6:48 AM: Breakfast in style, with a Grand Slam Slugger. 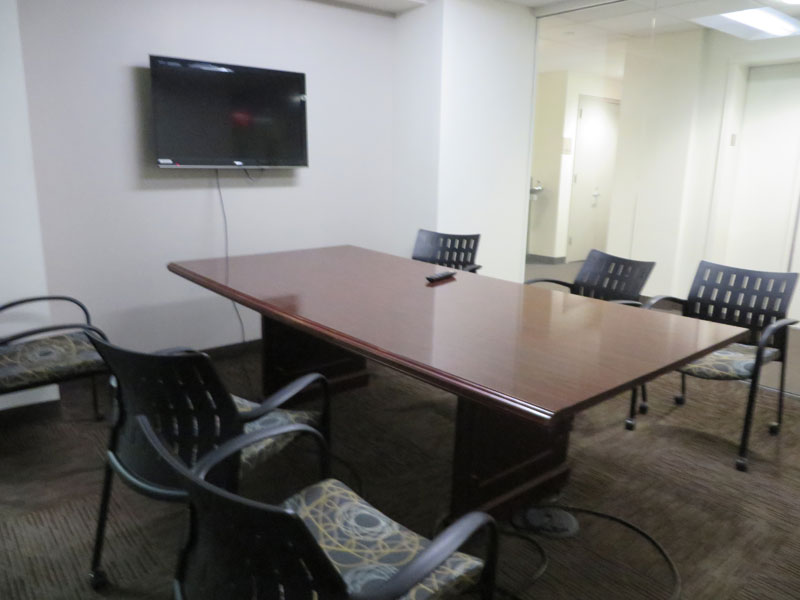 7:17 AM: Arriving at the temporary office. 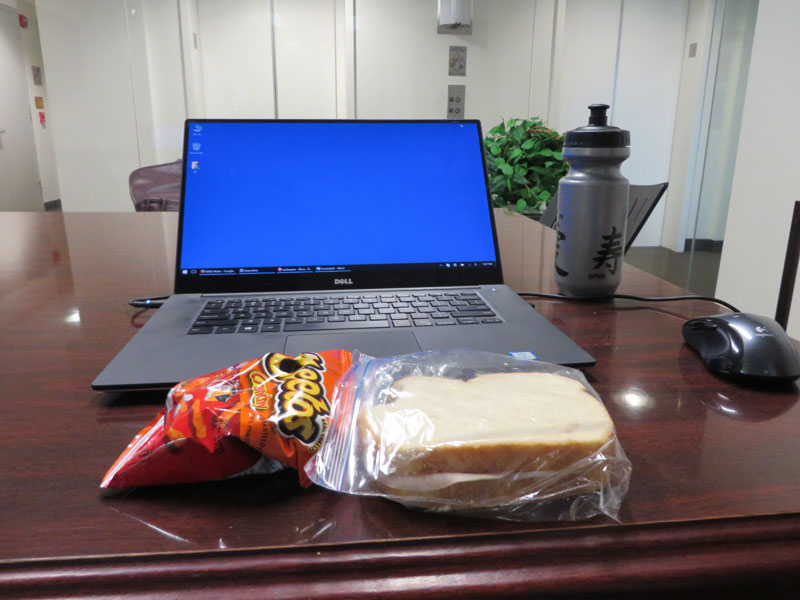 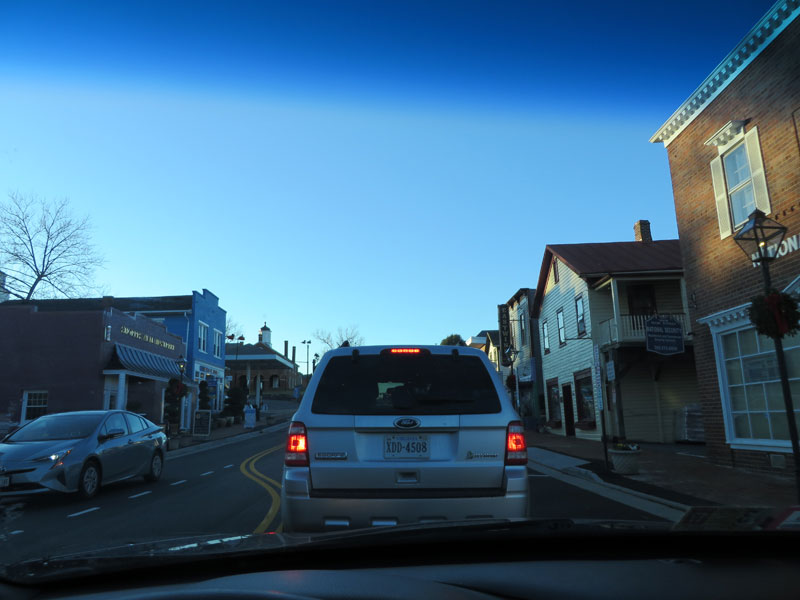 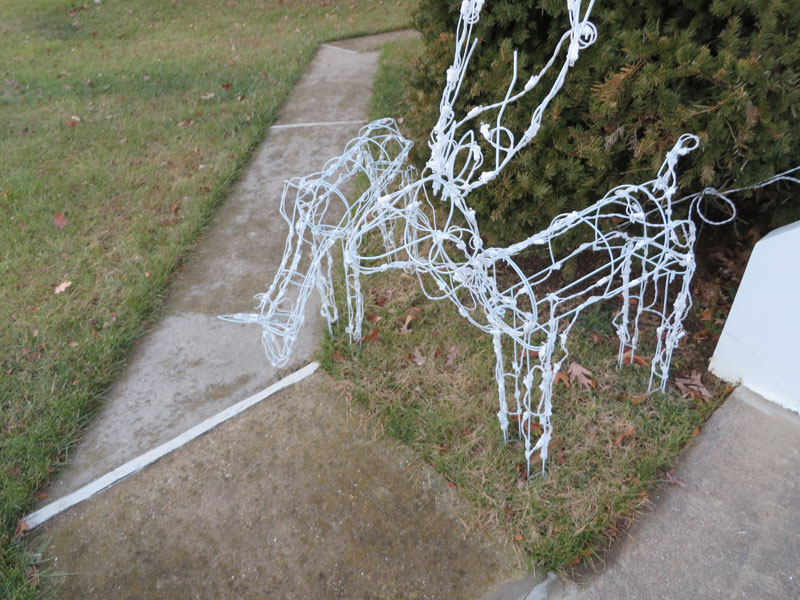 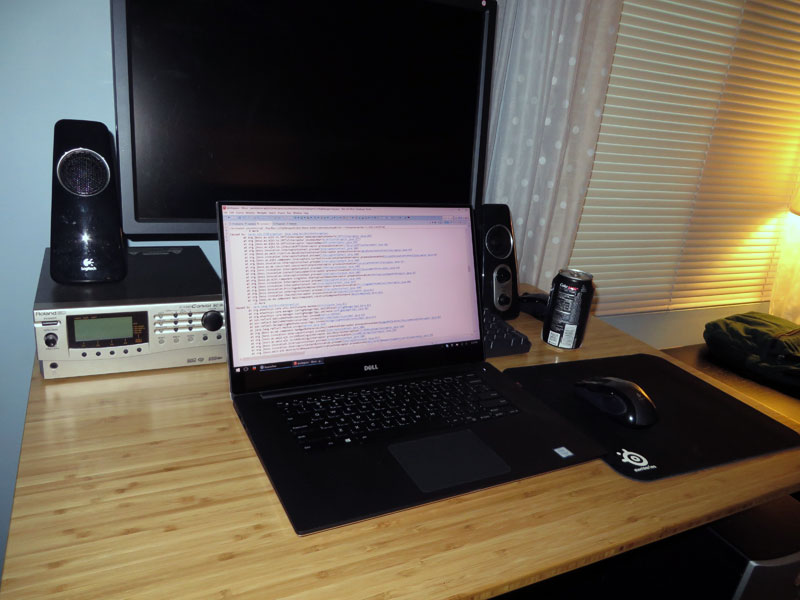 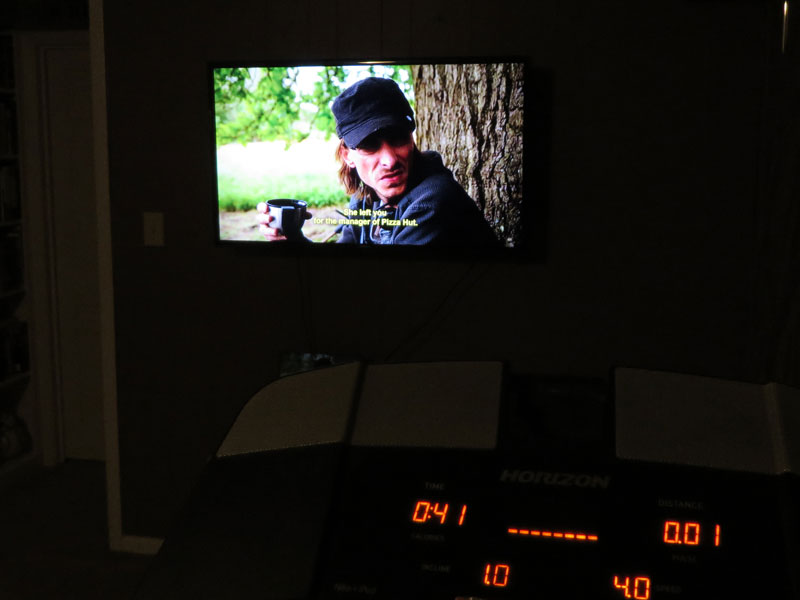 5:45 PM: Running on the treadmill and watching The Detectorists. 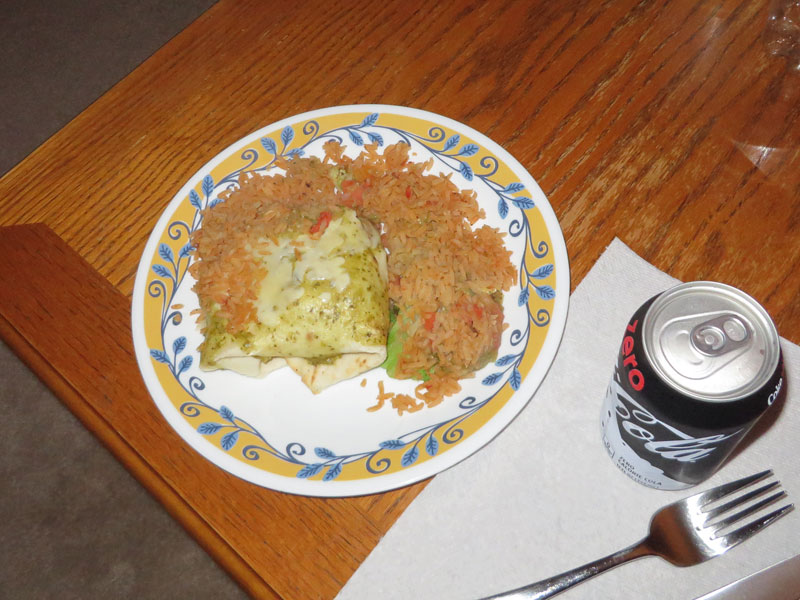 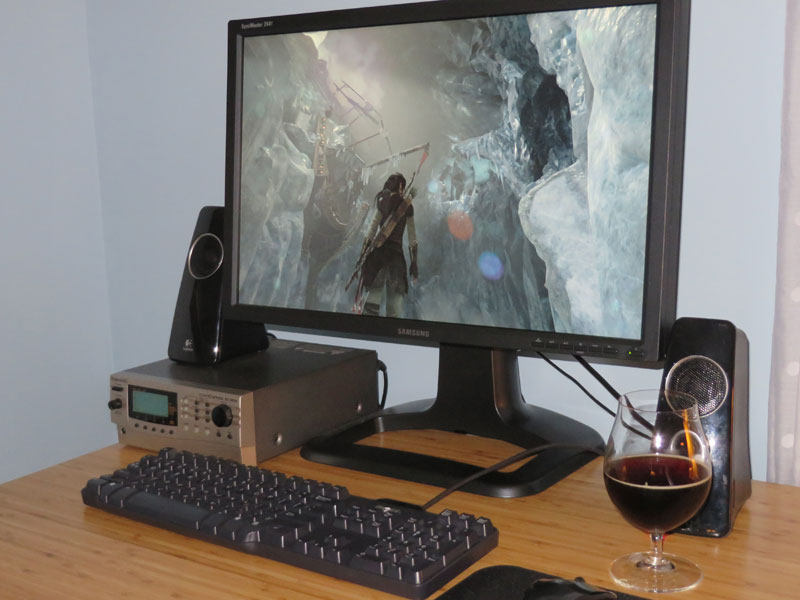 7:30 PM: Finally, time to unwind with Rise of the Tomb Raider. 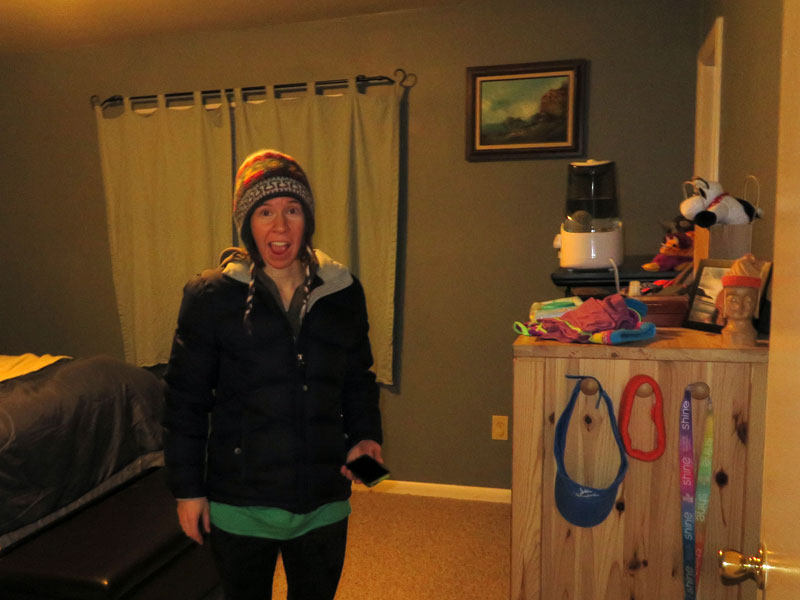 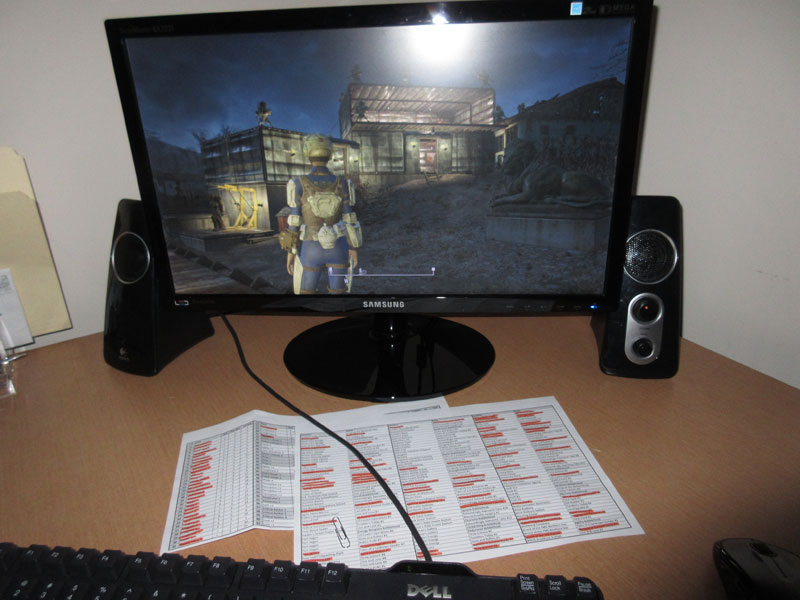 January: I probably spent as much time planning out my character as I did actually playing Fallout 4. 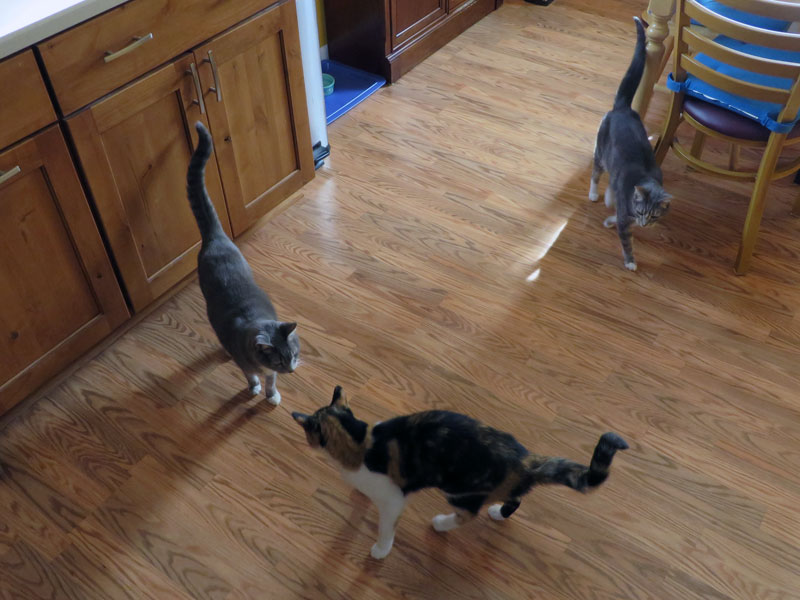 February: Still a three-cat household at the time. 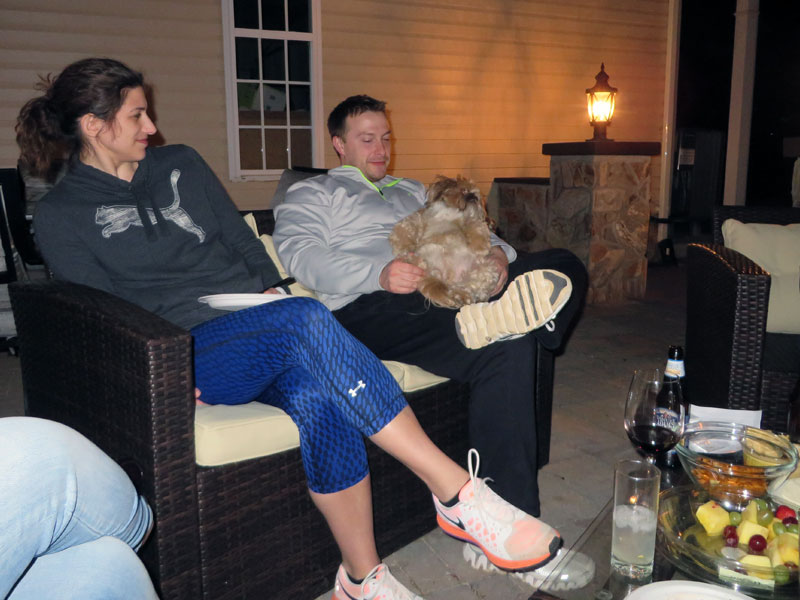 March: Partying with the Lowrys. 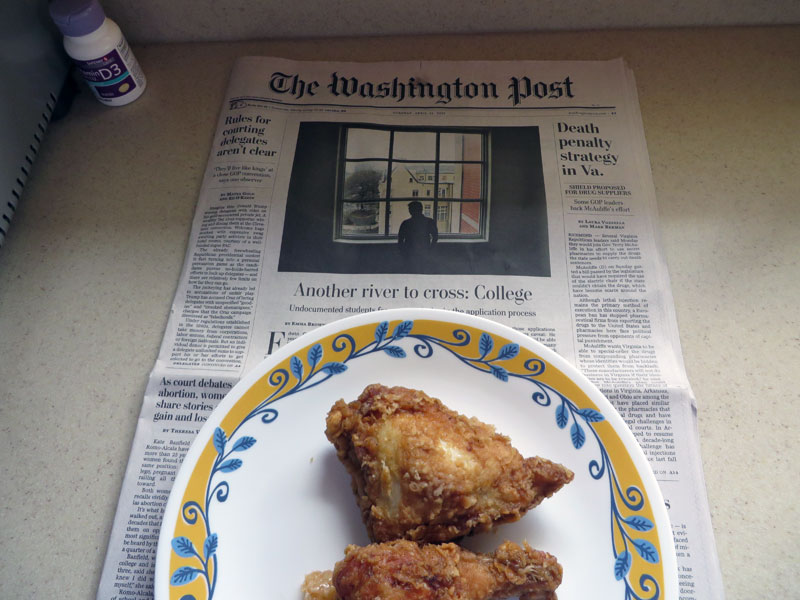 April: A rare day where Donald Trump was NOT on the front page! 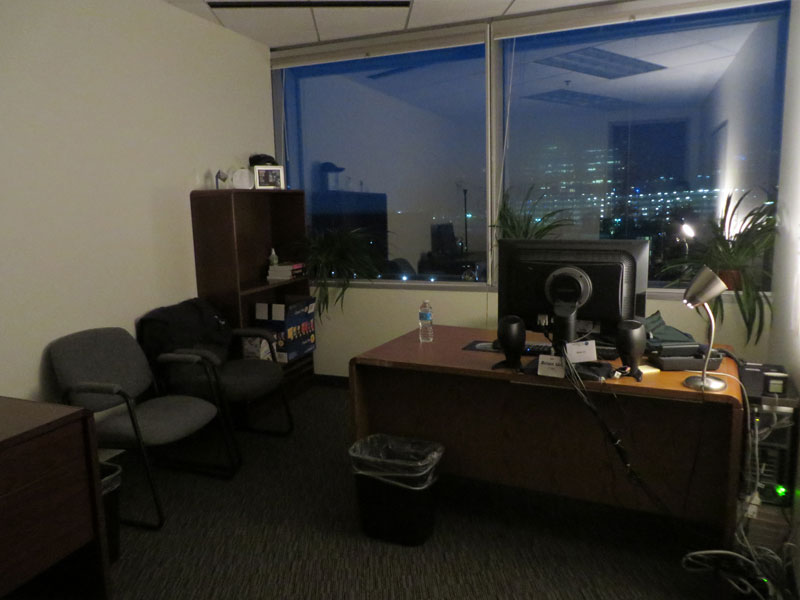 May: The office at my old company had a much better view. 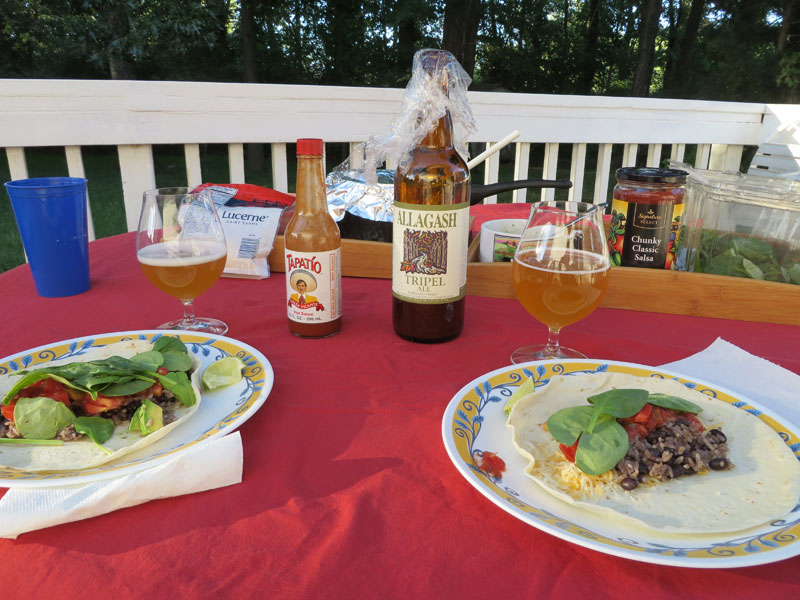 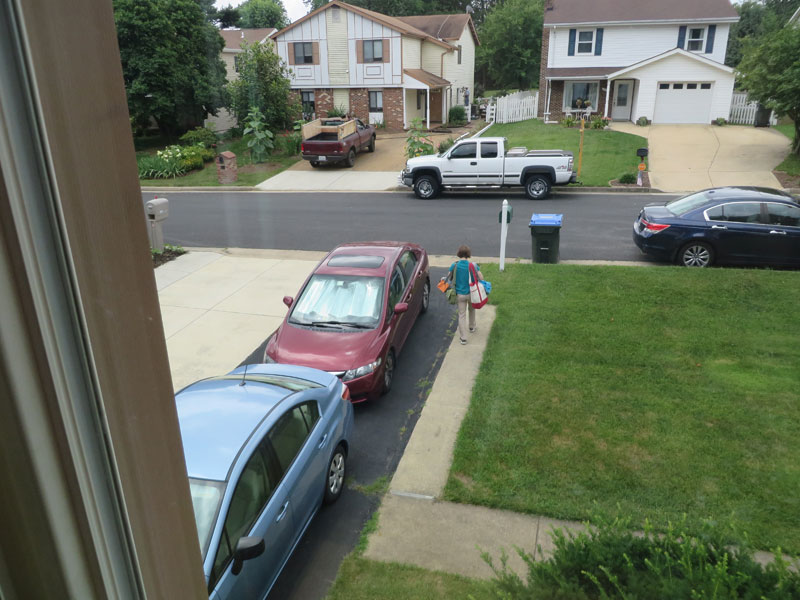 July: Rebecca takes all the bags to work. 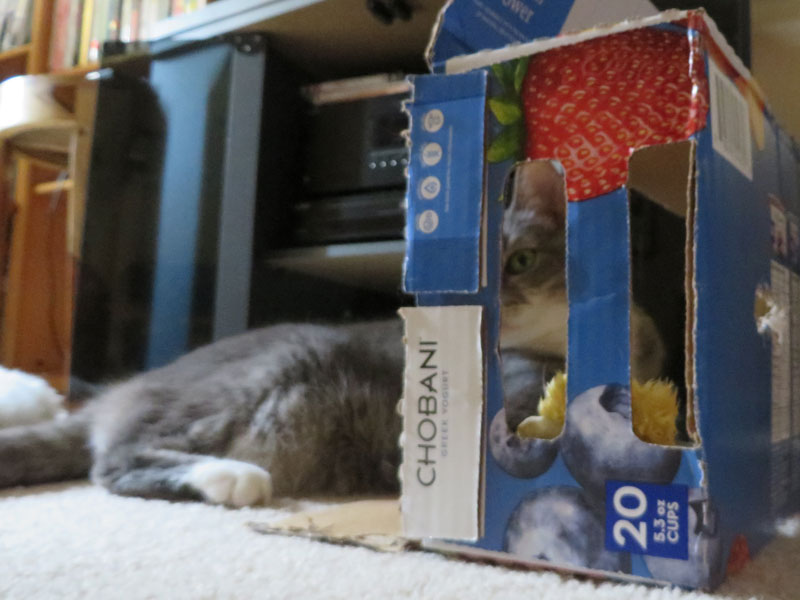 August: Booty got hooked on yogurt boxes this year. 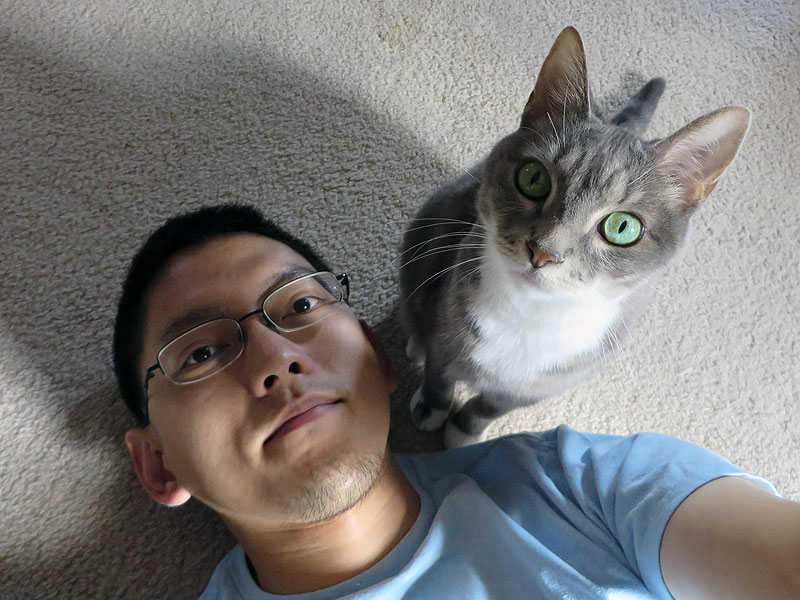 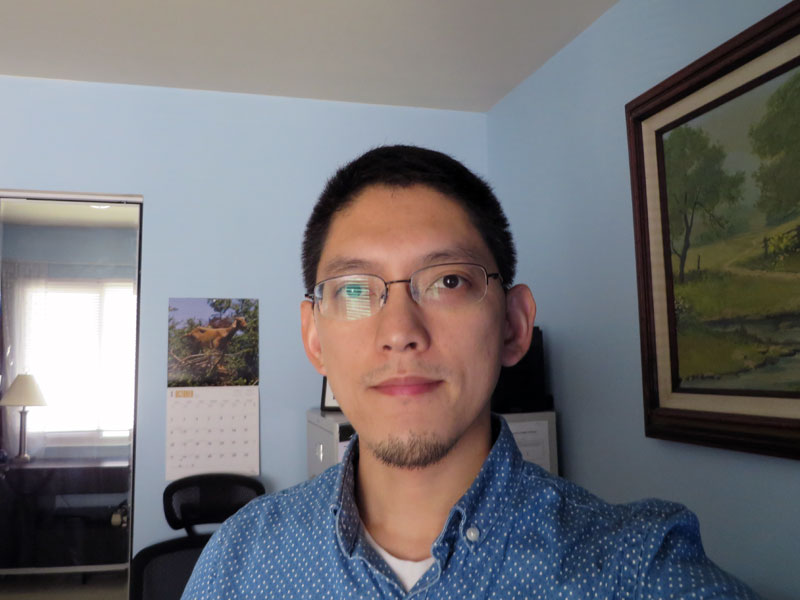 October: I just learned that my old company finally won the work for the proposal I was working on in this picture! 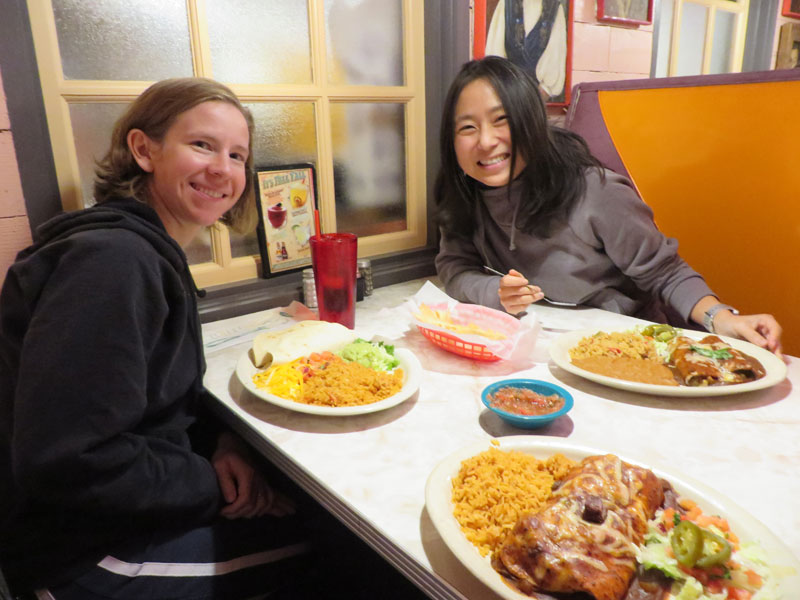 November: Chuy's is the best restaurant we discovered in 2016.

Kathleen Madigan: Bothering Jesus:
Though not as funny as her earlier comedy specials, this one has a warm, charming feeling to it that makes it a pleasant way to spend an hour. Free on Netflix.

The 100, Season Three:
I really enjoyed how the ultimate threat in this season's storyline started out orthogonally to the main plot thread. This continues to be a show of shallow characters mixed with great ideas and uneven execution -- the world-building is its strength, even if the characters often make incredibly stupid decisions that pass for character development. I still find it weird that they employ beautiful CW-style actors and actresses only to film them covered in mud, blood, and darkened corners that mask the low scenery budget. Free on Netflix.

3%:
This is Netflix's first show from Brazil, which I watched with English subtitles (apparently the English overdub is awful). It starts out with a Hunger Games style of scenario, where only 3% of the people living in poverty make it to the mythical "Offshore", but it focuses more on the individual characters and the political intrigue behind the whole affair. This is a great, short (8 episode) sci-fi miniseries whose only downfall is that it requires intense reading if you don't know Portugeuse. Free on Netflix.

iZombie, Season Two:
Through the beginning and middle of this season, I often felt like there was about 10% too much plot going on -- I just wanted to tune in for the snappy dialogue and had to remember characters from previous episodes and backstabs going in every direction. Luckily, the plot streamlines nicely towards the end, and even lets some supporting characters in on the main secrets of the show. I'm looking forward to seeing where it goes in the third season. Free on Netflix.

I would review some Amazon Prime shows but I haven't seen any good ones in months! Plus, have you ever tried searching for something to watch there?

Have you missed out on any great TV shows, games, or albums this year? Here's a recap of the highest grades I bestowed in 2016.

I will get back to my sequential Memory Day starting next year (next up: 1988). In the meantime, here is our annual family Christmas photo from 22 years ago in 1994. I was a junior in high school and Ellen was in her freshman year at UVA. I liked Osh Kosh B'Gosh collared shirts, British Knights, and acne. 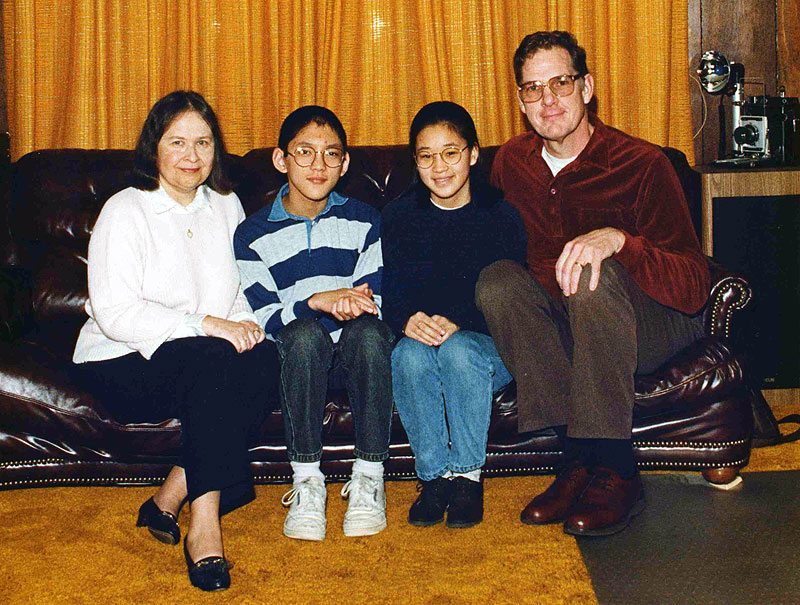 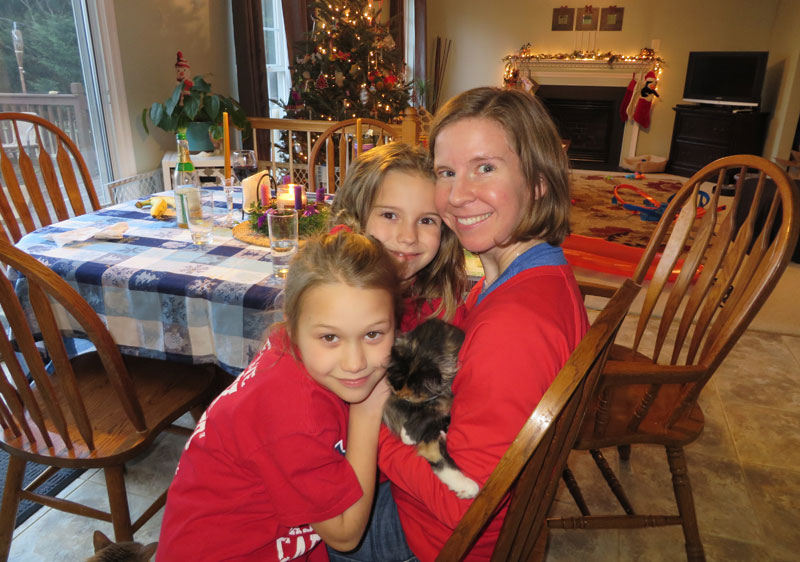 A smattering of events from 2016 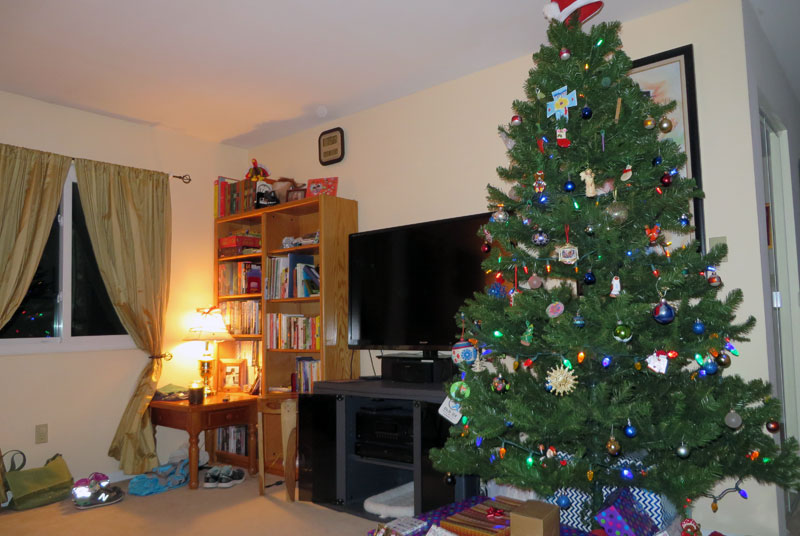 December's Final Grade: B, Very busy, but lots of holiday friends and family!