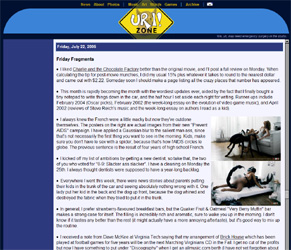 This coming July will mark three full years of the Friday Fragments column, and since many of my readers are spawning children that need to be roped in as soon as they learn to read, I though it might be worthwhile to come up with some alternatives to the Fragments column that will breathe new life into the site and increase readership. Here are a few possibilities:

♣ Friday Freestyling: In which I create freestyle raps about topics submitted by readers and make amateur recordings backed by a MIDI beat box.

♣ Friday Fraternities: In which I ridicule one Greek organization per week

until they have all been ridiculed. This idea would also allow me to occasionally take a Friday off and make it up with a Saturday Sororities column. 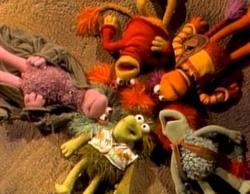 ♣ Friday Fraggles: In which I profile one puppet from the cast of Fraggle Rock in a behind-the-scenes interview.

♣ Friday Frenchy: In which I write my column completely in French and then try to translate it into English with Babelfish.

♣ Friday Frijoles: In which I perform weekly experiments to convert beans into natural gas, as an alternative to ethanol. 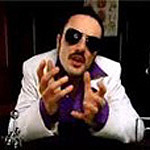 ♣ Friday Frottage: In which I visit a discotheque for the purposes of bumping and/or grinding with sluts, and discuss my experiences.

♣ Friday Frescos: In which I reproduce various scenes from popular television shows on the walls of my basement.

♣ Friday Fryers: In which I review various recipes for chicken, from the perspective of both ease of preparation and tastiness. 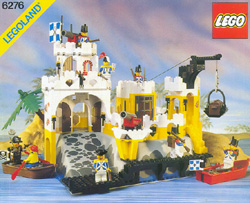 ♣ Friday Free Stuff: In which I pull random paraphernalia from 80s out from under the house and give it away for free to interested readers. This will not include the Lego Eldorado Fortress -- hands off.

♣ Friday Frowsy: In which I compose variations on the Frowzy theme from last year's Museday Tuesday

♣ Friday Freakouts: In which I go off, Lewis Black style, on whatever might be irritating me at the moment.

♣ Friday Franks: In which I make a set of Lincoln Logs out of frozen hot dogs and attempt to reconstruct various 18th century landmarks.

Twin girl didn't get enough food in the womb

Swiss man flies with his own wings