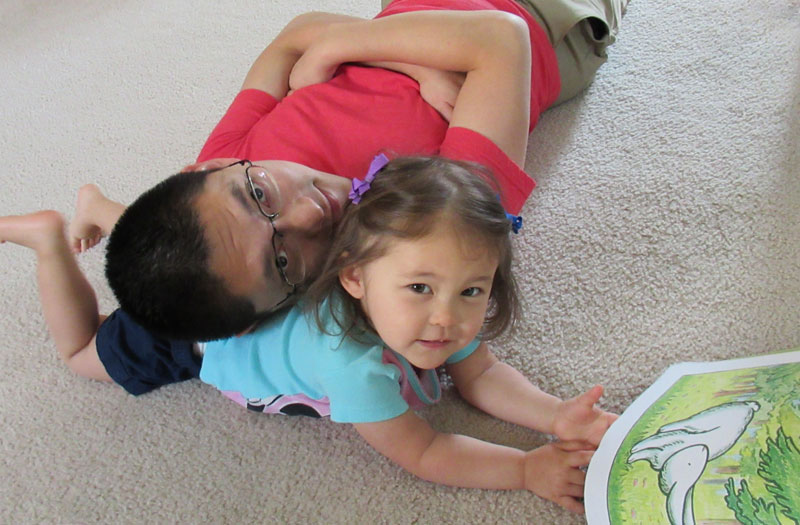 These pictures were taken 15 years ago today, on June 5, 2004. The occasion was a housewarming party for my newly-purchased Sterling house. The basement was quite cheery and had not yet been made over with bachelor jazz posters and a pool table. There may have been twenty different types of cast-off chairs furnishing the room. 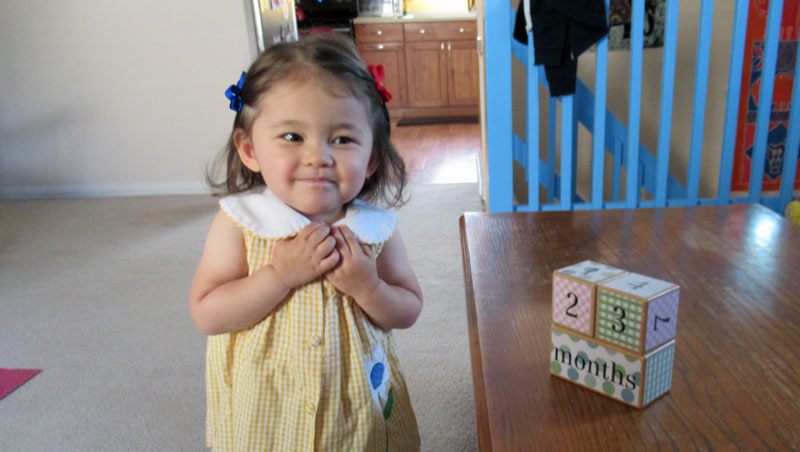 Maia is almost 2! A couple weeks ago, she weighed 21.8 pounds though she feels much heavier when she goes sack-of-potatoes on my arm. She enjoys assisting with our routine, from putting away the clean dishes to watering the plants outside with her own personal watering can.

Her brain continues to word associate -- when I pointed at a bench, she mentioned the statue of frogs sitting on a bench drinking coffee at the grandparents' house. When I said Rebecca was tall, Maia said "long neck giraffe". She also likes to remind us to finish unfinished tasks or rectify unresolved situations by saying things like "shoes off", "put shirt on", "close gate", "put back". Other recent likes include riding on my shoulders, The Berenstain Bears Forget Their Manners, the lawnmower, and fountains.

With 2 rapidly approaching, the first signs of tantrums are on the horizon. She will make the continuous "whiny noise" instead of applying her English skills when she wants something. Her two true tantrums to date resulted from not getting to walk through a fountain while clothed and running out of chocolate milk. If a lack of chocolate milk is the worst thing in your life, you're living a pretty good life.

Naptime is roughly 50% effective right now. She goes down to nap around 2 PM and if she hasn't fallen asleep in two hours, I get her up. It takes her much longer to settle into sleeping nowadays and she still recaps her entire day to her stuffed animals before calling it quits. When she does nap, she'll do a house census upon waking up -- "Mommy at work, Daddy at home, Amber sleeping on the big bump in the bed" 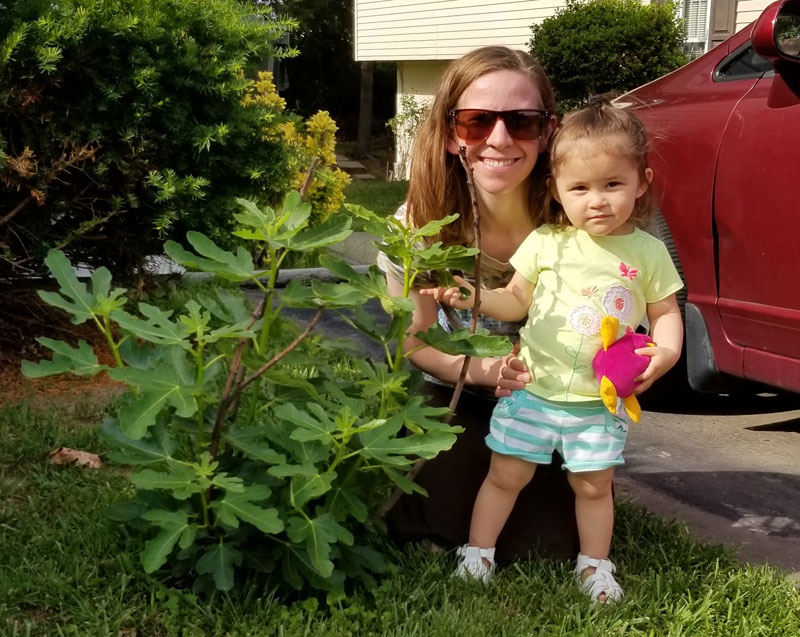 Within the next 90 days: 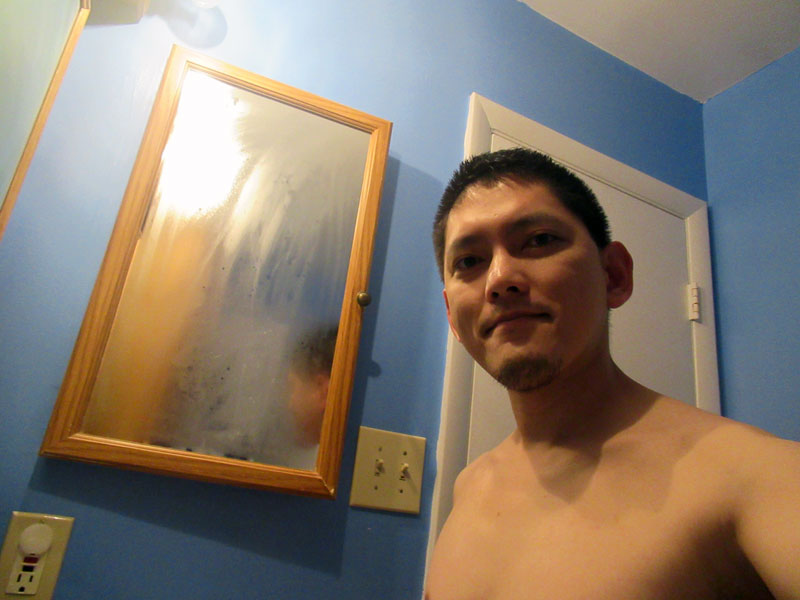 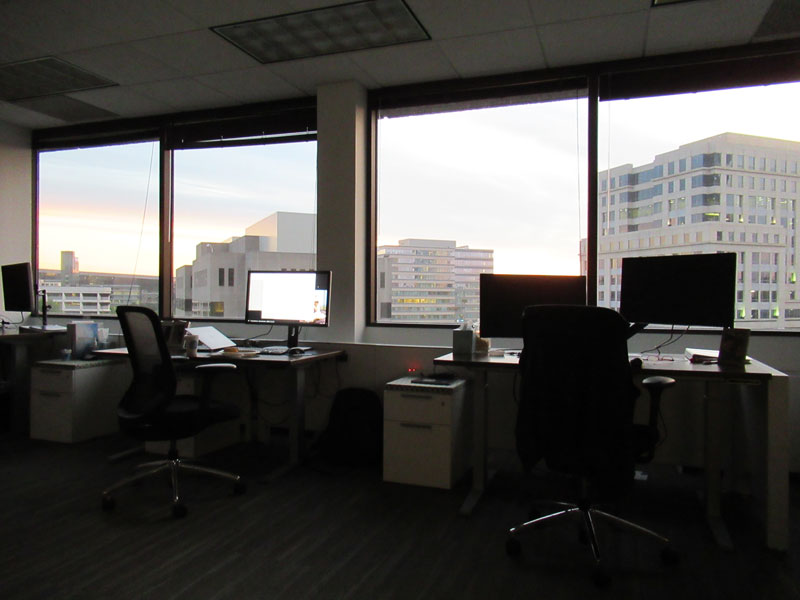 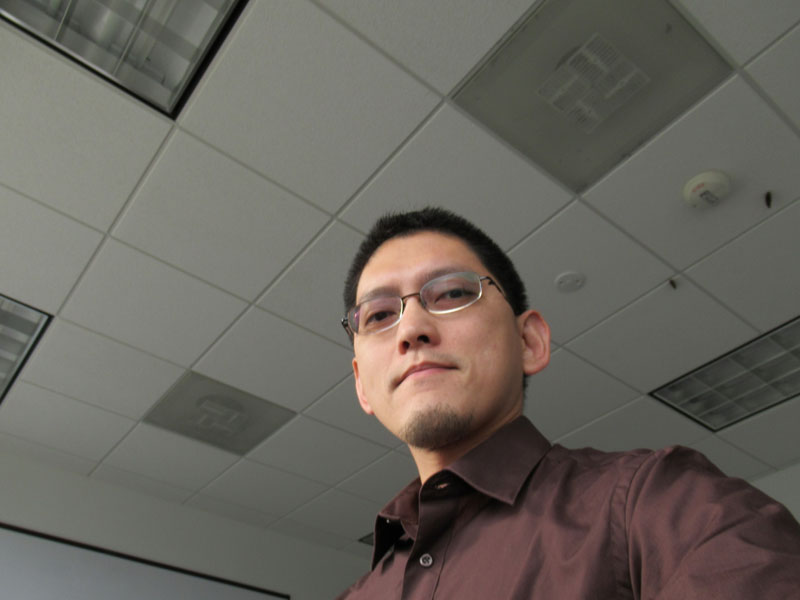 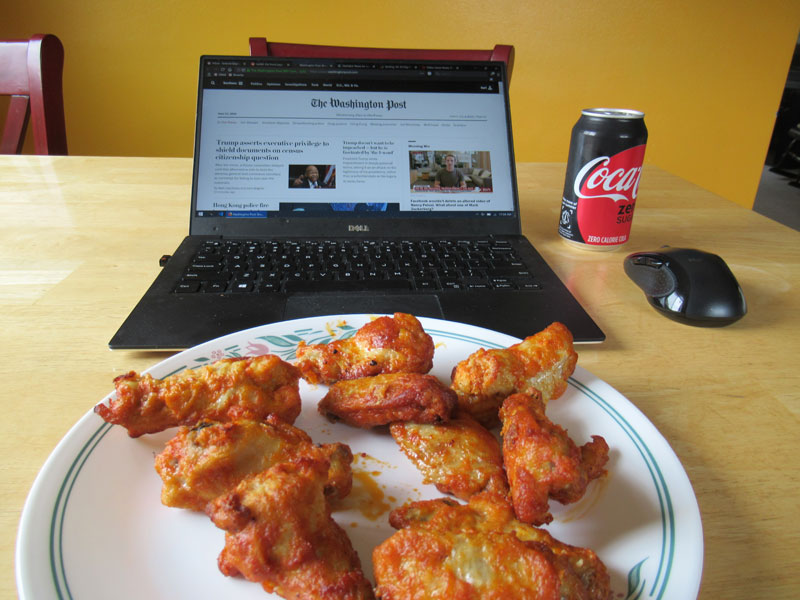 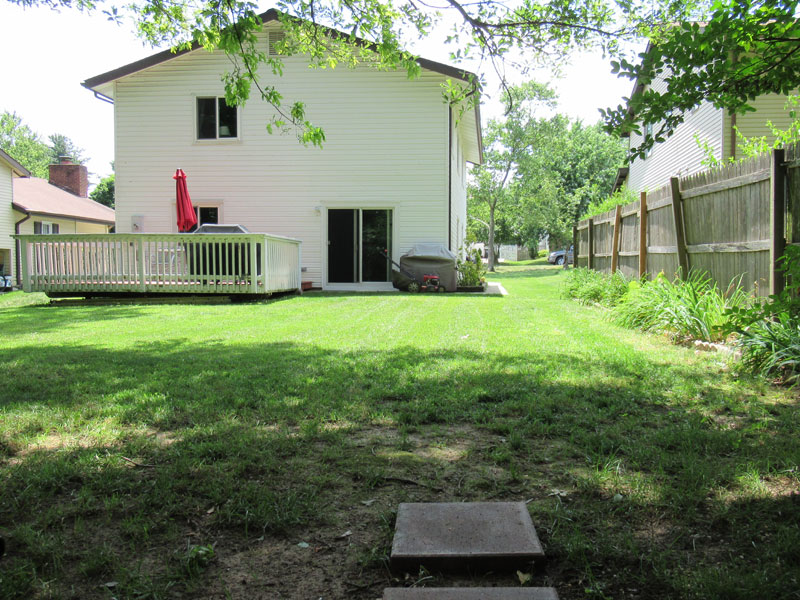 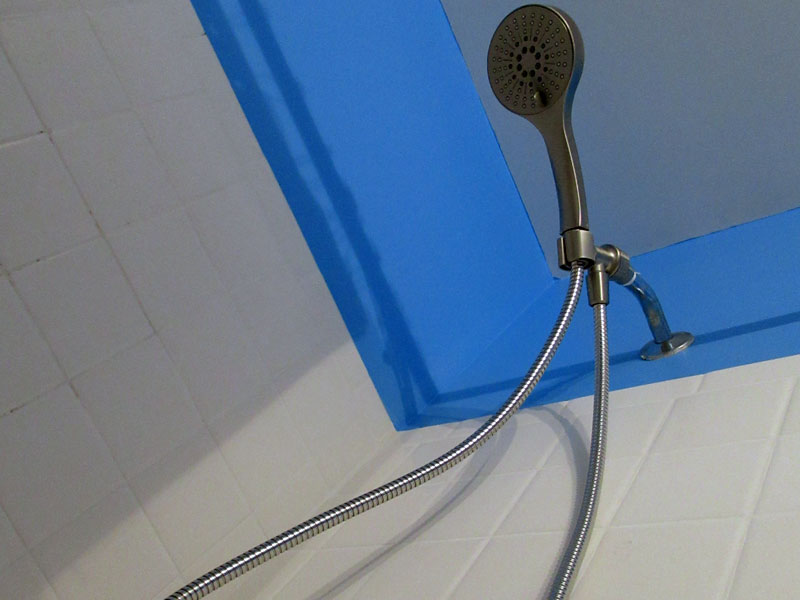 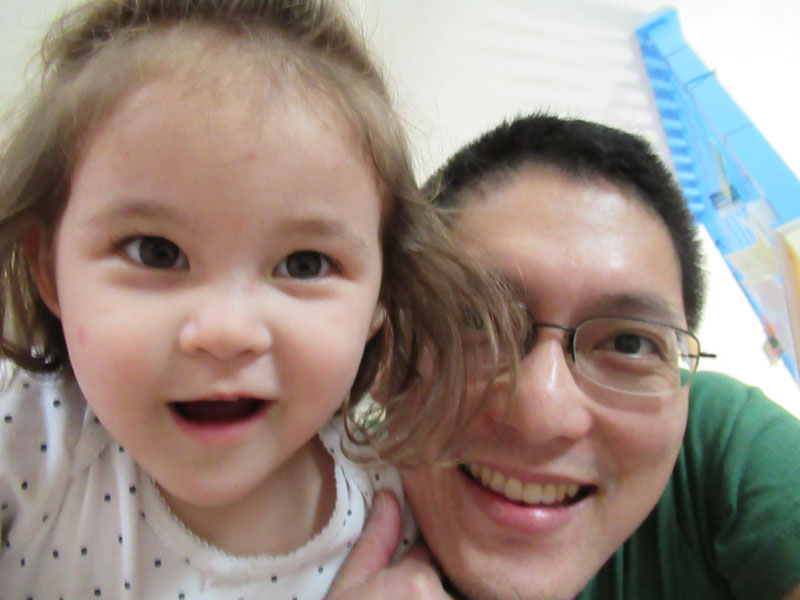 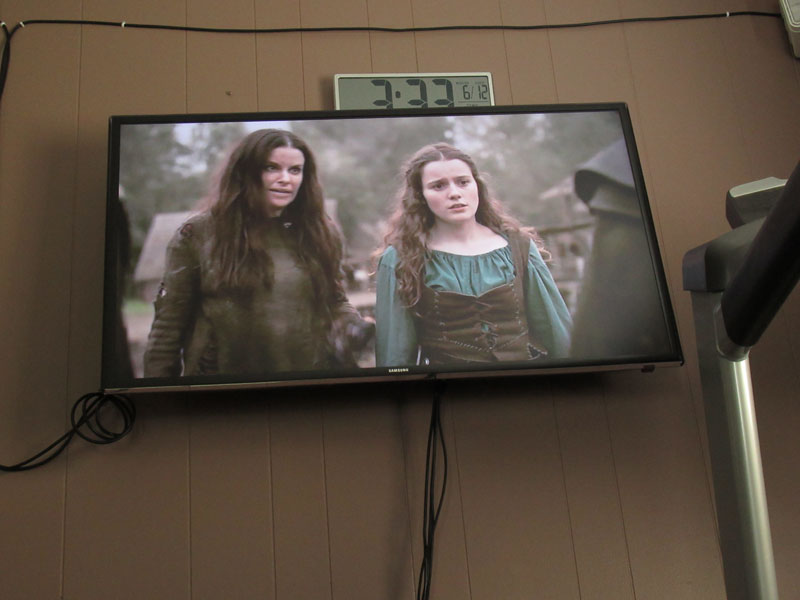 3:33 PM: Watching the last season of 12 Monkeys during nap time. 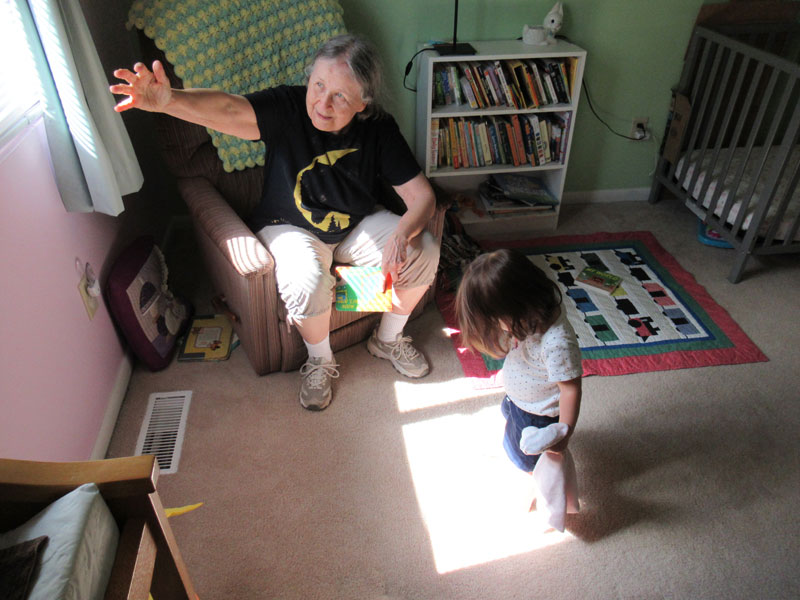 4:26 PM: Learning about shadows from Grandma. 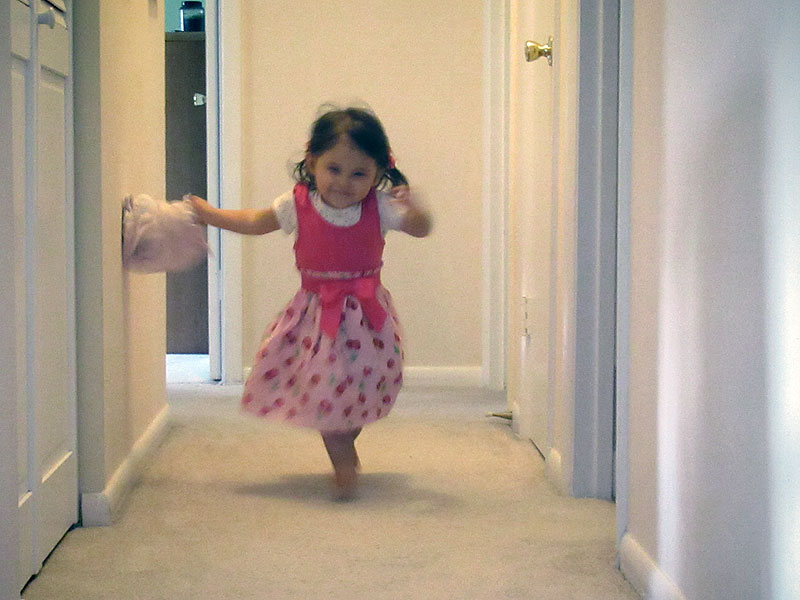 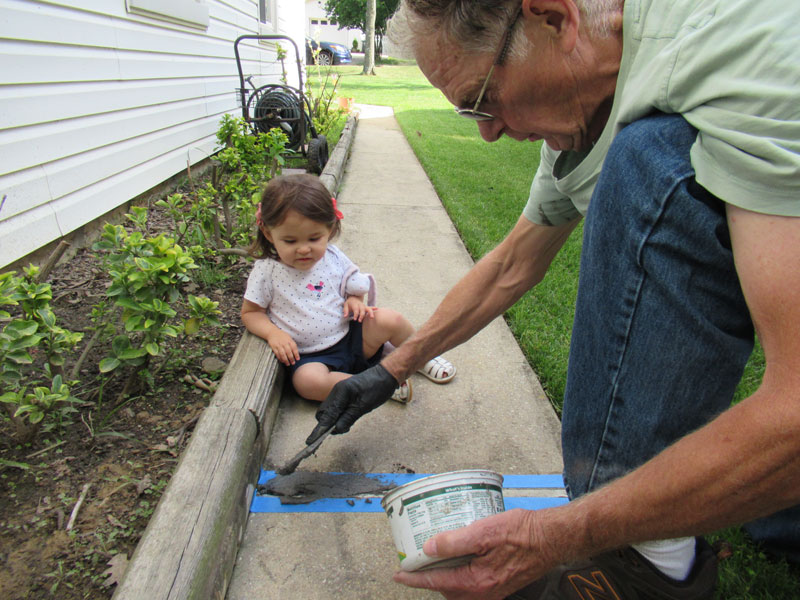 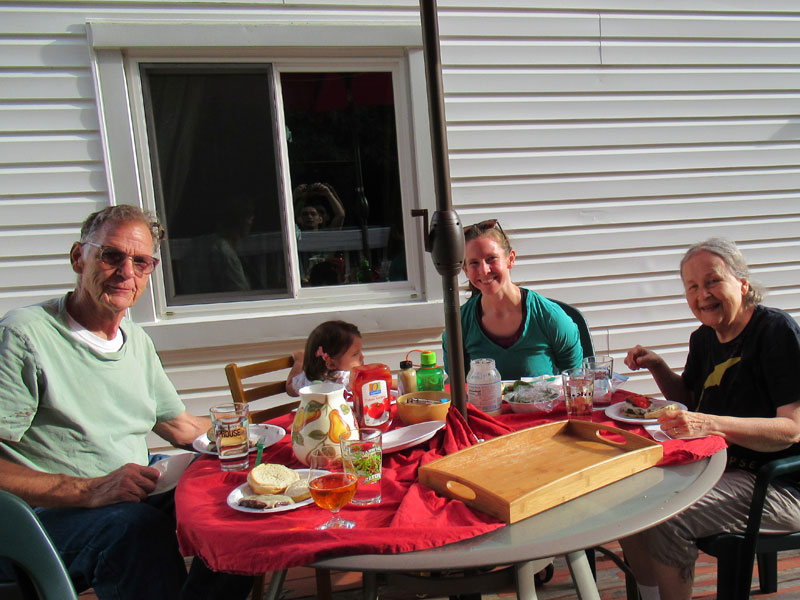 12 Monkeys, Season One:
Based on the classic movie starring Bruce Willis and Brad Pitt, this first season takes a while to get away from the source material and discover its own voice. It drags a bit in the middle and there is too much explanation of time travel for the sake of dumb network audiences. However, when it finally does strike out on its own, it becomes an intriguing, watchable example of high-concept sci-fi. The last 3 episodes in particular do a great job of tying everything together. I liked this enough to buy the remaining 3 seasons all at once.

Reset by e-dubble:
Clocking in at just 7 songs and 26 minutes, this hip-hop EP left me wishing it was longer. Songs like Down are catchy and pleasant to listen to. It's equally as good as the album that follows it, Two Tone Rebel.

Jim Gaffigan: Noble Ape:
The first half of Jim Gaffigan's latest comedy special is stronger than the end, but we enjoyed the entire thing. You generally know what types of jokes you're going to get from a special like this, and he doesn't stray far from the template. Free on Amazon Prime.

Samsung Galaxy S8 64GB:
I only upgraded phones because an S8 was part of my 15th work anniversary loot bag. Otherwise, I would have been happy using my S5 forever. The S8 is taller but narrower, making it easier to pocket but harder to browse content on. It's also incredibly slippery, making it the only phone I've ever bought a case for. The phone functions just fine although it's weighed down by the typical bloatware from Samsung that I can only partially remove / disable without rooting the device. Ten years ago I would have done this, but years of Windows and Firefox updates destroying my careful curation of customization has worn down my willpower to stray far from the factory settings. Overall, this is a nice little phone that satisfies my limited phone needs (texting, Reddit, the Washington Post, and Instagram). 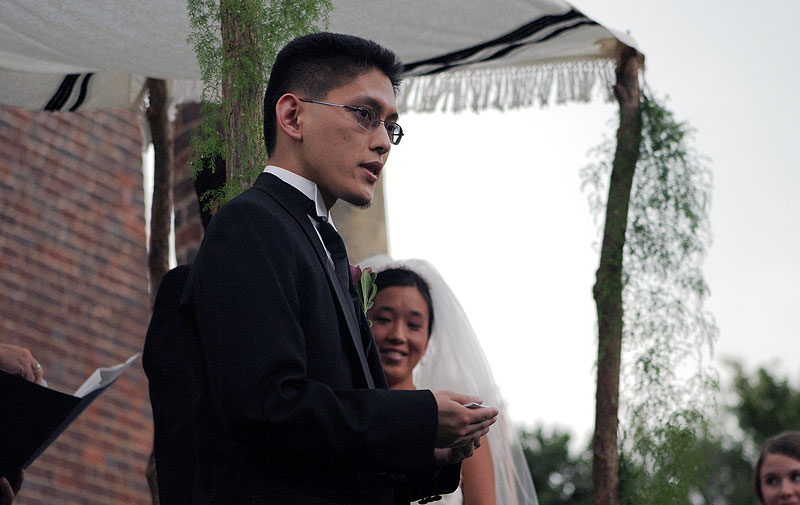 Sporting my 2004 look-and-feel and a rented tux vest with some ridiculous European name, I'm at my sister's wedding at the Barboursville Winery, breaking hearts and draining eyes with a self-selected reading:

Comforts lasting, loves increasing,
Like soft hours never ceasing:
Plenty's pleasure, peace complying,
Without jars, or tongues envying;
Hearts by holy union wedded,
More than theirs by custom bedded;
Fruitful issues; life so graced,
Not by age to be defaced,
Budding, as the year ensu'th,
Every spring another youth:
All what thought can add beside
Crown this bridegroom and this bride!

Weber Genesis II E310 LP Gas Grill:
This Weber grill assembles easily and doesn't have that flimsy "gonna break tomorrow" feel that my 8-year-old Weber had (Just after giving that grill an A-, the starter stopped working permanently). Apart from a minor issue with a bent starter connection, I had the grill up and running in just a couple hours. I've used it about 6 times since then and it's resulted in consistent timings and grilling quality. I also like that the burners go from front-to-back, reducing the propane wasted on smaller servings.

12 Monkeys, Season Two:
In the second season of this sci-fi show, the rules of cause and effect are massaged just enough that every episode doesn't need to focus on the minutia of time travel. There's a nice arc across the 13 episodes, and a finale that's both surprising and clearly telegraphed.

Complaint by Watsky:
Watsky's latest album isn't bad, but someone dropped it in a bucket of autotune during mastering. The use of autotune is overwhelming and unnecessarily distracting. As Rebecca said, it's like the lead singer of FUN decided to release a rap album with emo lyrics.

Dead To Me, Season One:
Almost anything that Netflix tries to get us to watch with annoying trailers tends to be awful, but this dramedy about two women who befriend each other in a grief support group (is a bro-mance with women called a ho-mance, or is there a less offensive term?) is surprisingly good. Although it's nothing like Barry, it sometimes reminded me of the way Barry can juggle several contrasting tones at once. Here, the comedy, anger, sadness, and murder mystery suspense are well executed without jarring transitions. Free on Netflix.

For Rebecca's 36th Birthday weekend, we took a family trip to Weatherlea Farm in Lovettsville, a working sheep farm that was just far enough away to be "away" without travel hassles. 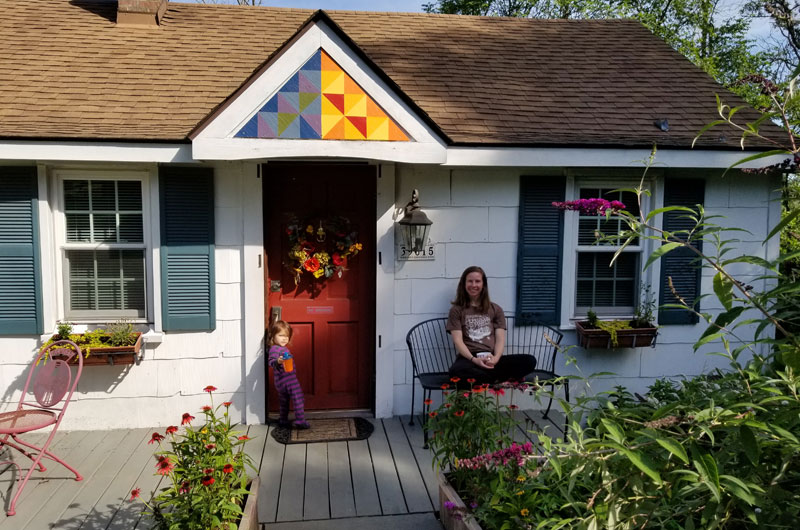 On Saturday, we had brunch at Market Table Bistro (deviled eggs, a white gazpacho, mac and cheese, and an overly decadent pork belly hash). In the evening, we drove out to Harper's Ferry Brewing for the views, bluegrass music, crabcake sandwiches, forgettable beers, and soft-serve. 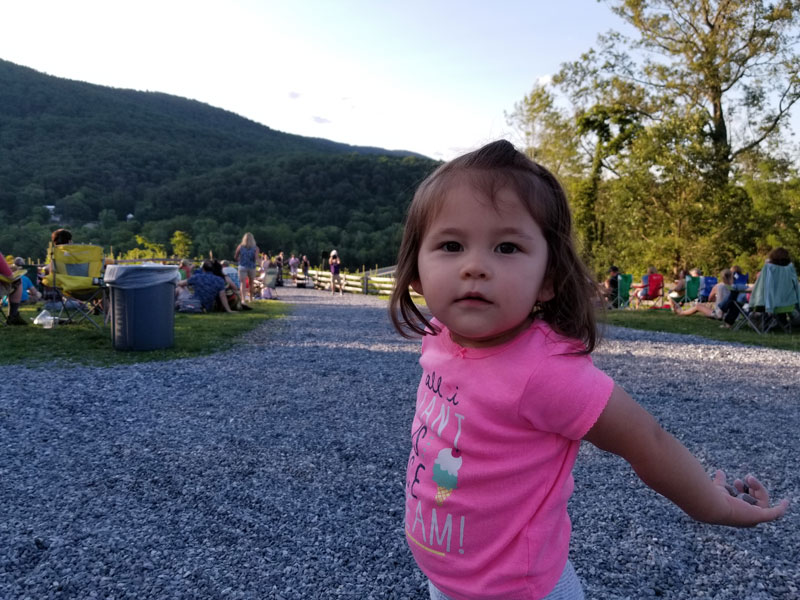 Among the animals at the farm was a cat named Castor that welcomed himself into the cottage and our adventures.

Maia enjoyed seeing the dog, cats, 2 horses, and a herd of 18 sheep being guarded by 2 goofy llamas. We also enjoyed the explosion of fireflies in the evening -- something we realized that we hadn't seen in the suburbs for a few years now. 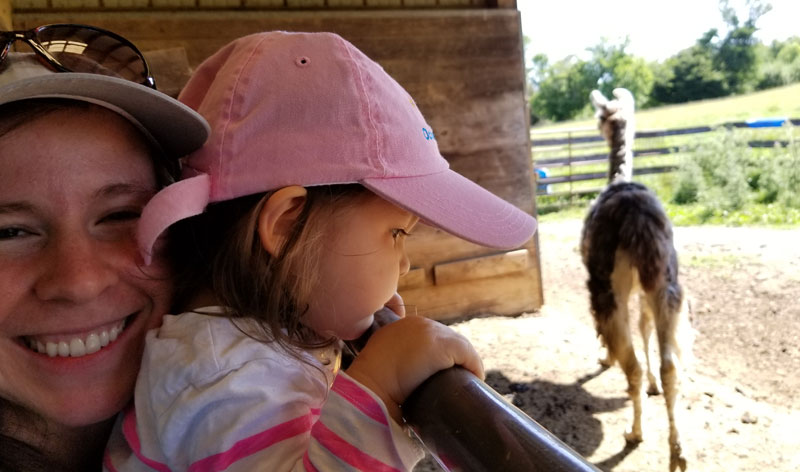 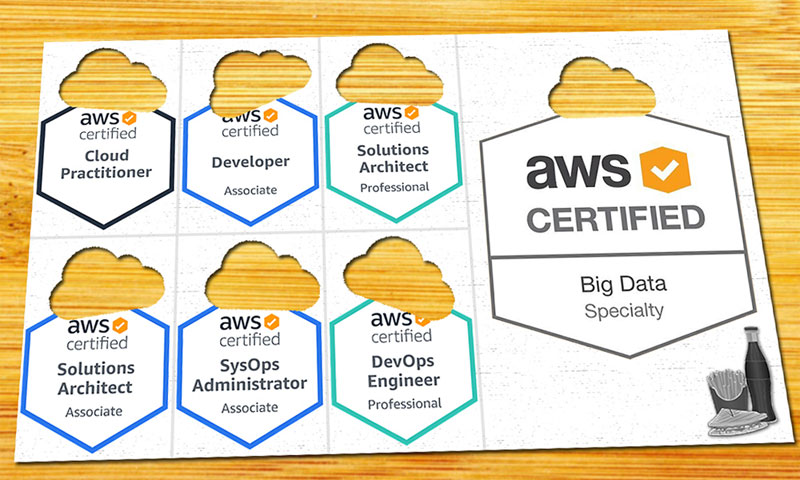 My 7th cloud certification came with a free sandwich and small drink. 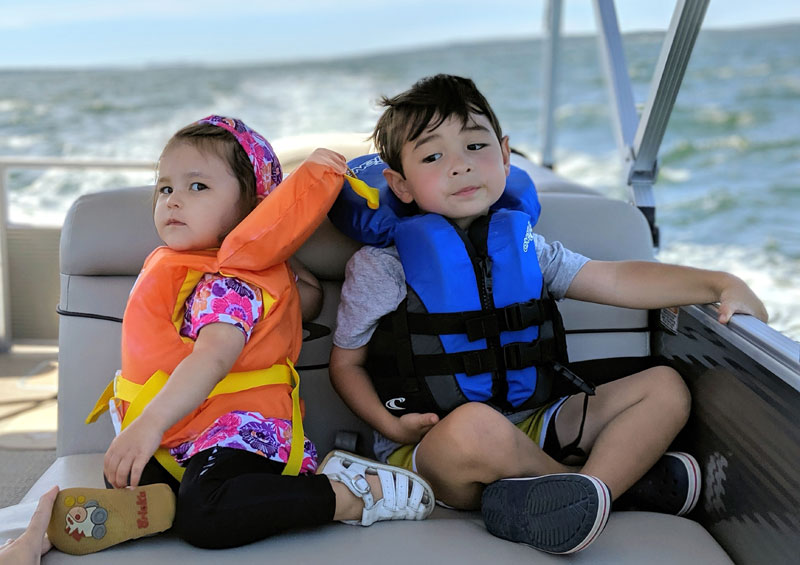 June's Final Grade: B, Fun hot month, but I missed a trip to Rhode Island (the classy version of New Jersey).