Ian is now in the age range where the photo letter blocks don't quite work because no one expects any parent to actually follow through and take a picture every single week.

In the above picture, his pajamas are only half on because he tends to crawl away or roll over completely before we have a chance to finish putting them on. He hates being on the changing table and refuses to cooperate in any basic baby logistics.

Ian crawls just fine now and likes making laps around each room (whose door we haven't shut) to see what's new. When he's completely bored of the main floor, we do the same routine in the basement. He decided to tackle stairs the other day and got up 3 before falling backwards into my arms. Later that same day, he made it all the way up 8 stairs. This tired him out too much for the remaining set, so he just stayed in our split level foyer finding all of the dirty crevices that I really need to clean.

He wakes on average around 6:40 and is usually in bed by 8:00 PM. His naps are pretty good -- when he's at home in the morning, he'll gladly do an hour and a half without complaint. The afternoon nap, recently, tends to be more of a 45 minute "sit in the crib and pull on the curtains" followed by lots of crying to get out.

He can eat a meal of mostly finger foods now, mainly carrots, peas, and pasta supplemented with various meat pastes and squeezy pouches.

Encanto (PG):
Disney's latest animated movie tells of a Colombian family where every person has a magical power except the protagonist. The movie is pleasant and the music is clearly in Lin-Manuel Miranda's style. The rapid patter style is fun, but makes it much harder to learn the lyrics or relate the words to what's going on in every color-packed fast-cut scene. We finally let Maia watch it because some of her school friends had seen it. Her favorite character is Isabella, although she requested that we skip some "sad" parts towards the end. On Disney+.

Onward:
Onward is a recent (pandemic era) Pixar movie of two elves that go on a quest so they can spend a single day with their dead dad. I actually enjoyed this a little more than Encanto as it weaves D&D / Warcraft influences into a road trip movie. We will probably let Maia watch this once she's watched Encanto another 100 times. On Disney+.

Dexter: New Blood:
The Dexter series puttered out with a horrible ending almost 10 years ago and, based on the fact that this is a continuation, it's no longer a spoiler to reveal that Dexter is still alive. I watched the first episode of this new season for free on Amazon Prime Video but found nothing intriguing that would make me want to continue with the rest of the season. Online reviews suggest that this season provides a better final wrap-up than the original series finale, but that is a very low bar, and not worth my money. On Amazon Video.

The Witcher, Season 2:
I gave the first season of this show a C- and only started the second season because there was nothing else new worth watching. I gave up after two episodes -- beyond some cool special effects and horror imagery, there's nothing in any of the parallel stories that pique my interest. On Netflix. 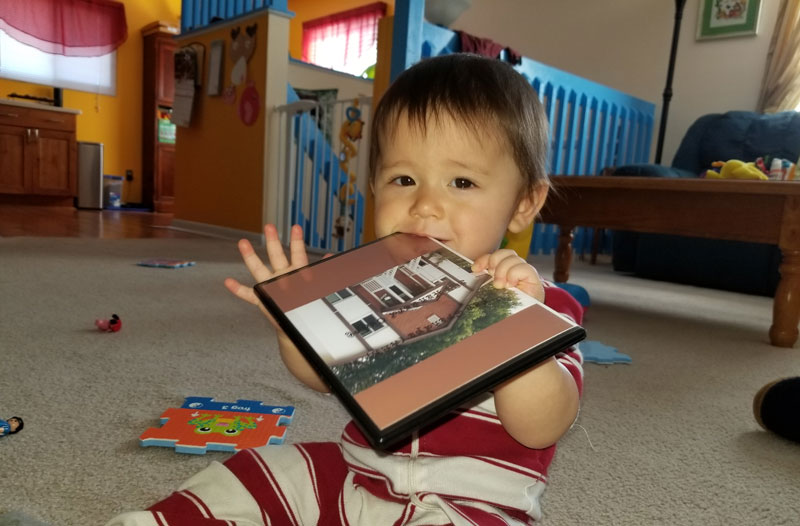 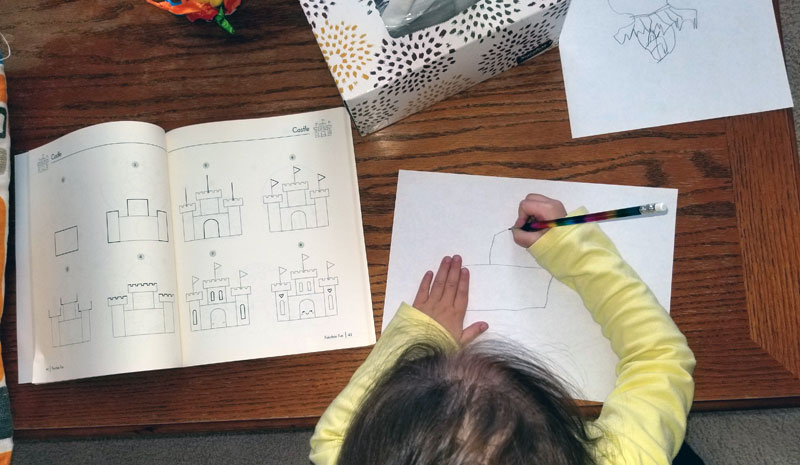 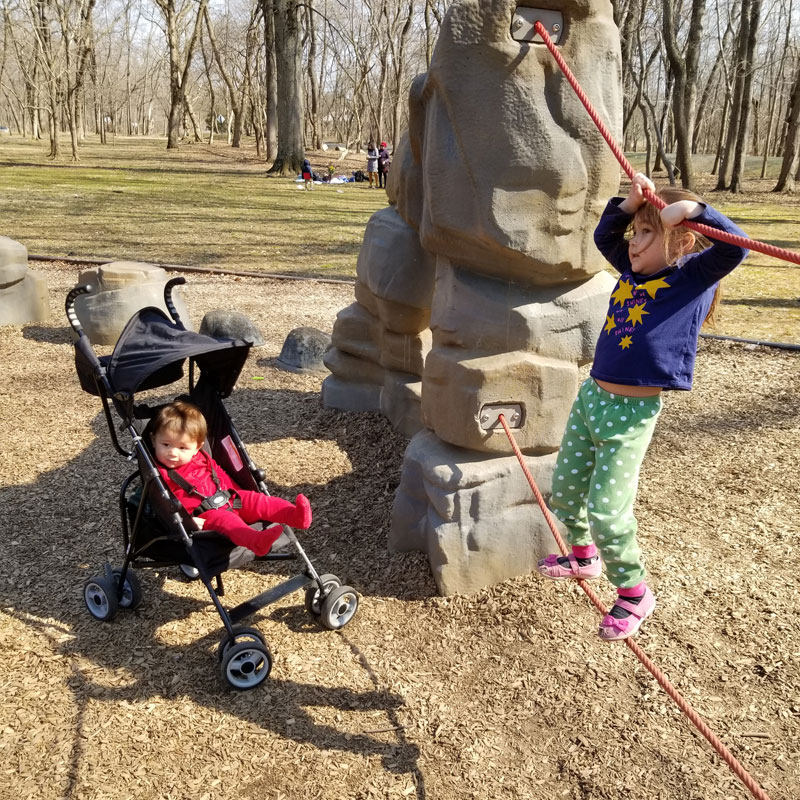 At the Algonquian playground while Rebecca teaches yoga anatomy. 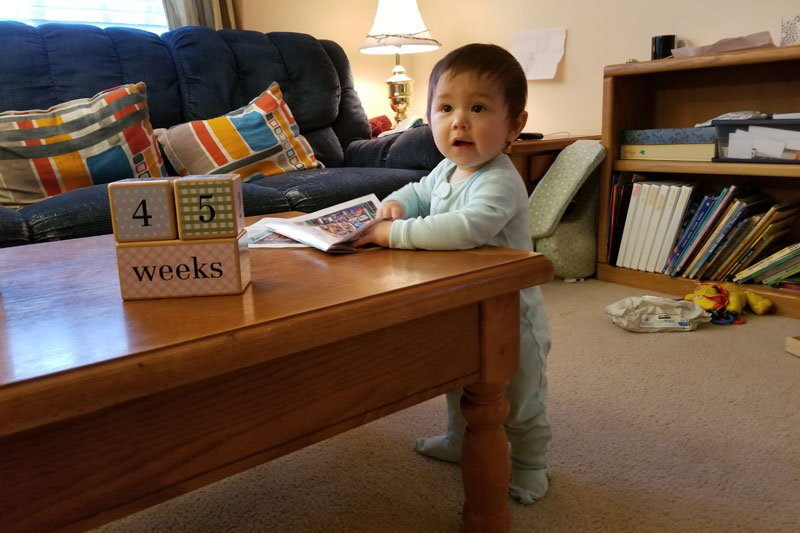 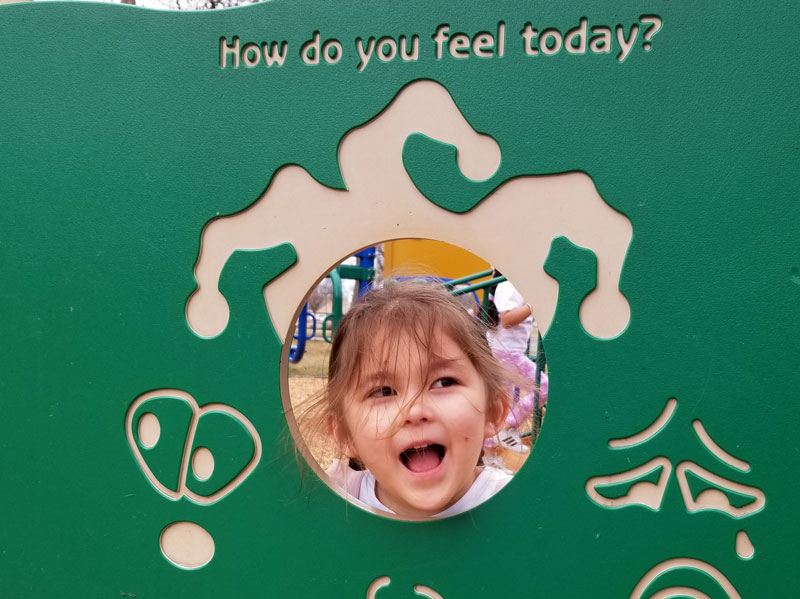 Thirty-two years ago today, on March 9, 1990, I was a 10-year-old in the sixth grade at James K. Polk elementary school. I spent the night at the house of my friend, Mike Buns, who I lost track of somewhere around 9th grade when he transferred schools. 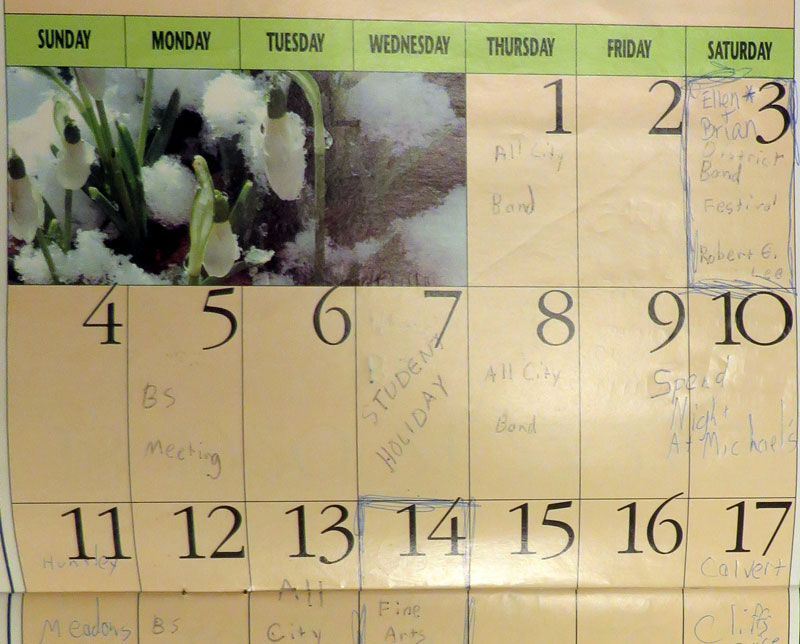 Sleepovers at Mike's house followed a standard pattern. My dad would drop me off in the evening and I would go out to Pizza Hut with his parents and younger sister. There were usually "Book It!" vouchers to redeem for a personal pan pizza and I would always get pepperoni and black olives. After Pizza Hut, we'd head over to Erol's for the night's movie. I don't recall what we watched this particular night, but I do recall seeing Men at Work at least three times with the Buns family once it had finally arrived on VHS. After the movie, we would retire to the basement guest room for games of Loderunner on his Apple II computer and then fall asleep.

Friday night sleepovers never lasted long into the weekend, because my dad would always show up bright and early (usually around 8 AM) to pick me up on the way to do grocery shopping (either Shopper's Food Warehouse or Price Club). Many times, I'd roll right out of a sleeping bag and into the car without breakfast!
Friday, March 11, 2022

This update was sponsored in part by LiveJournal. 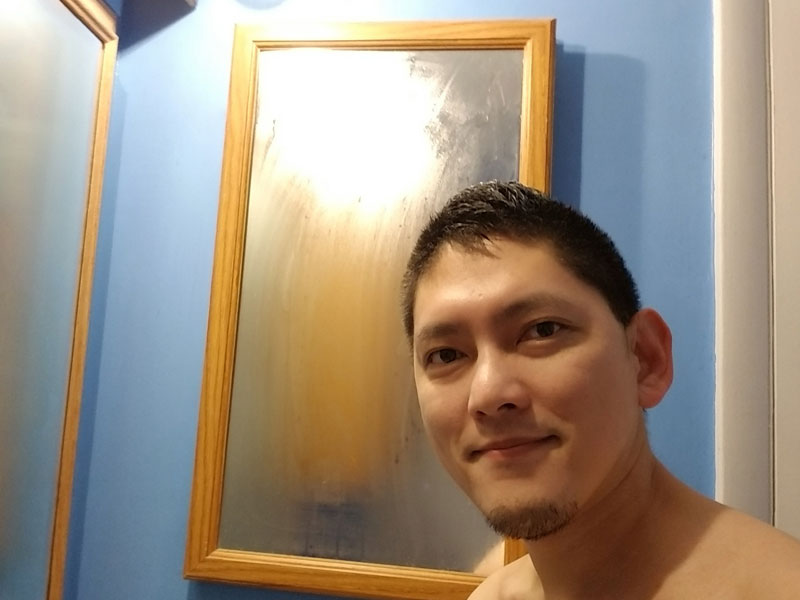 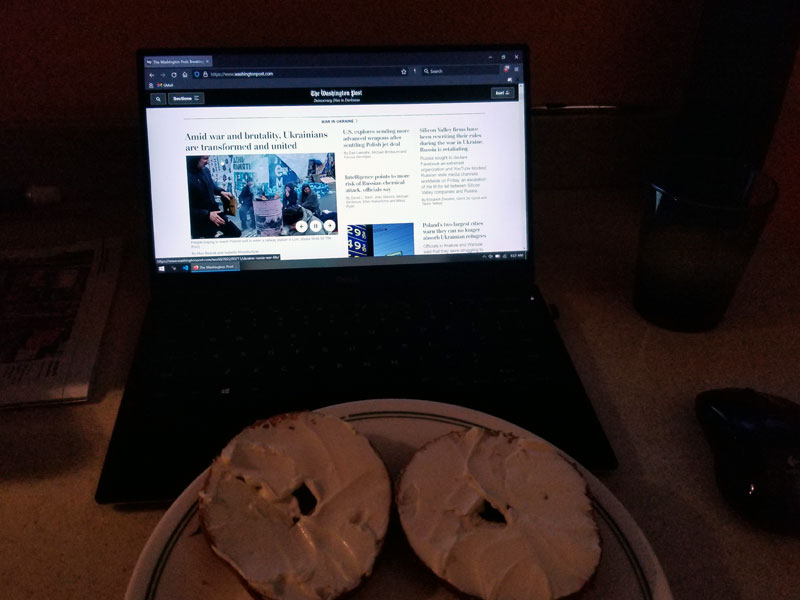 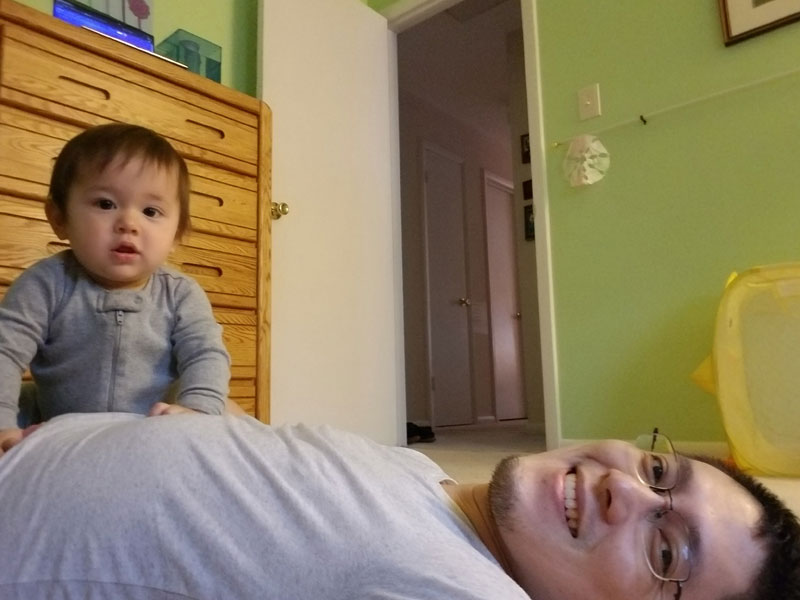 7:56 AM: Helping me organize Maia's room while she's spending the weekend with the grandparents. 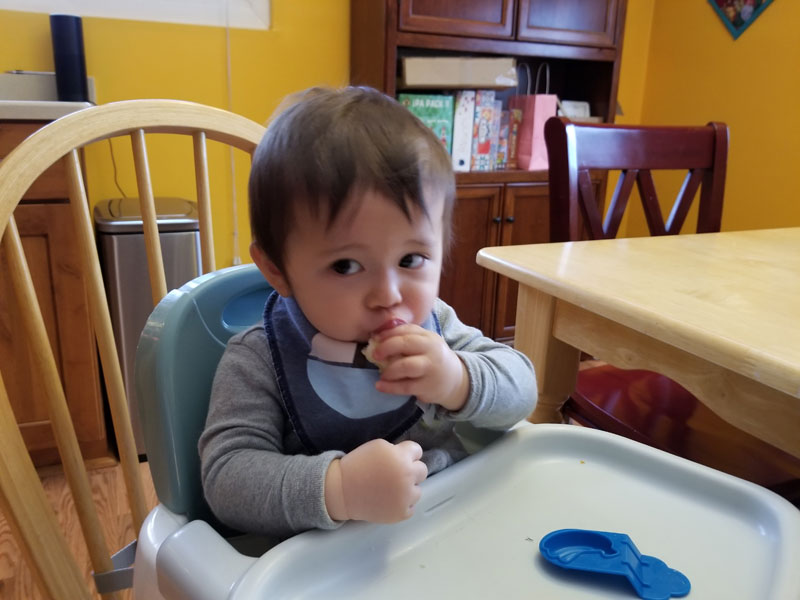 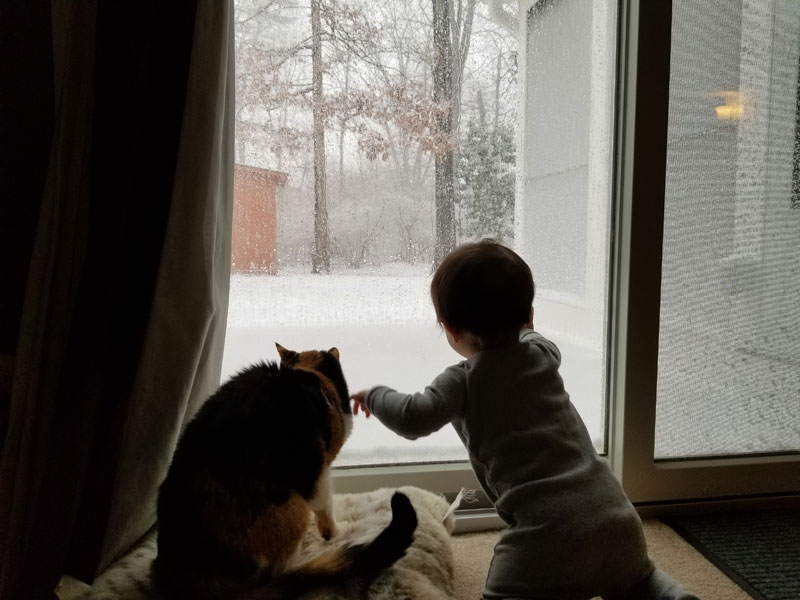 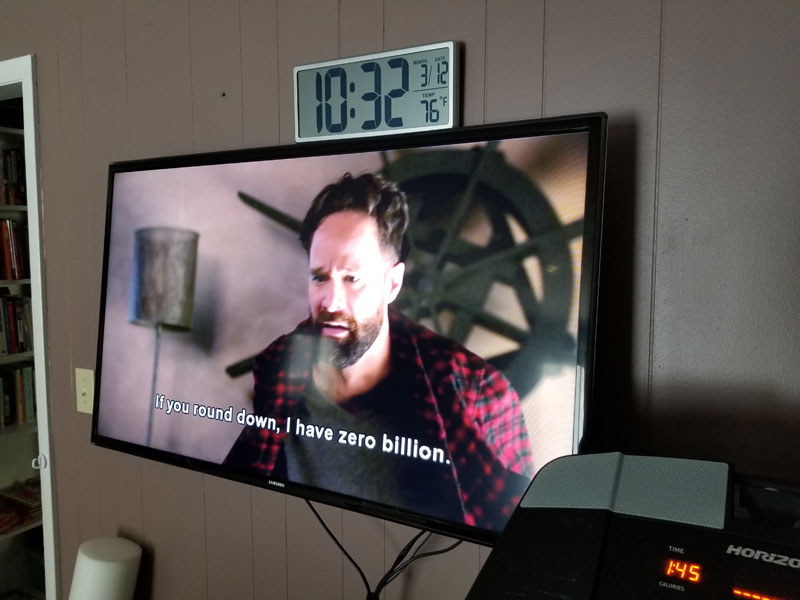 10:32 AM: Exercising and rewatching Silicon Valley, S2 during first nap. 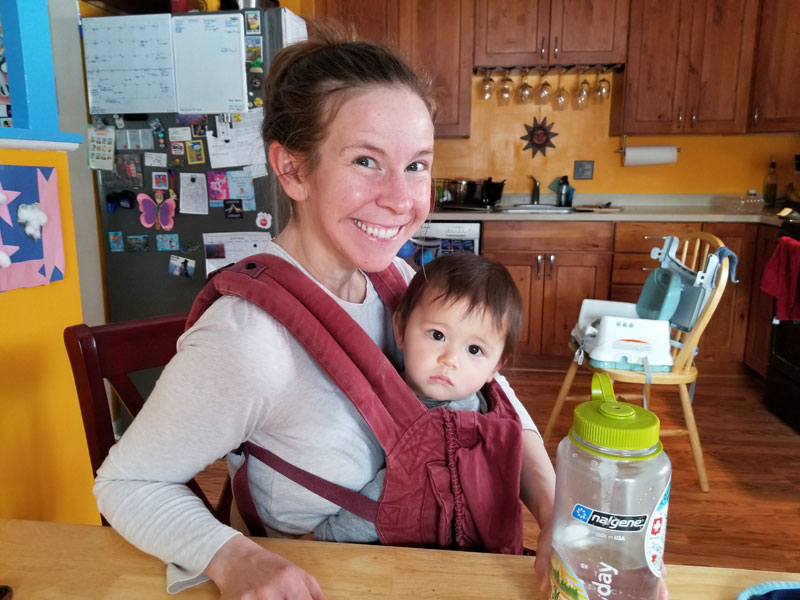 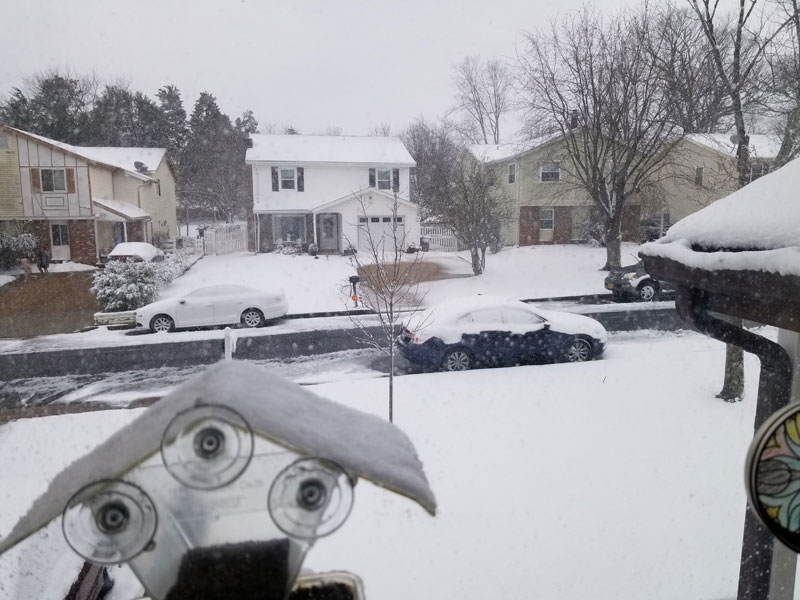 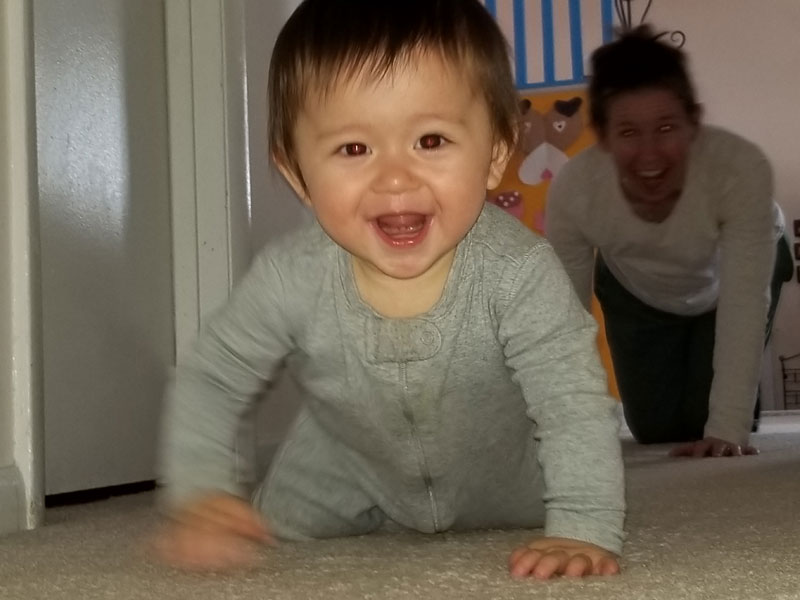 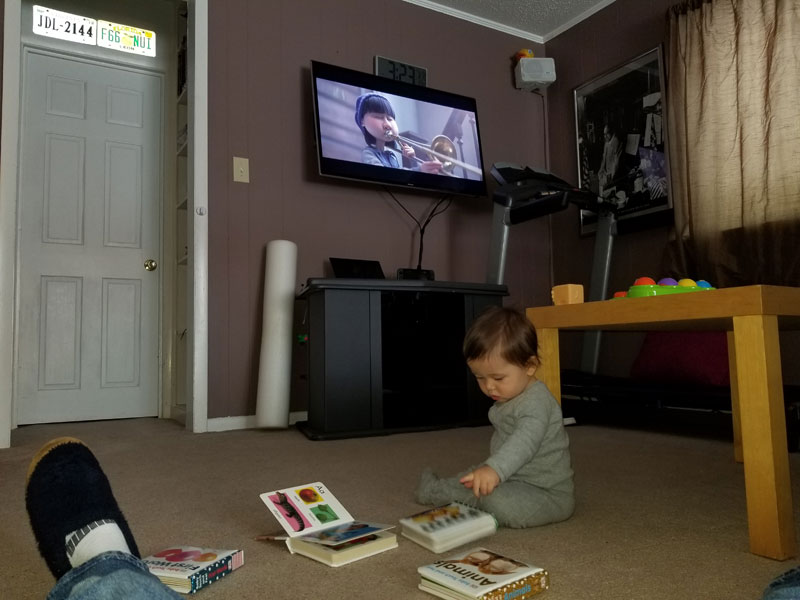 3:25 PM: Finishing our screening of Soul. 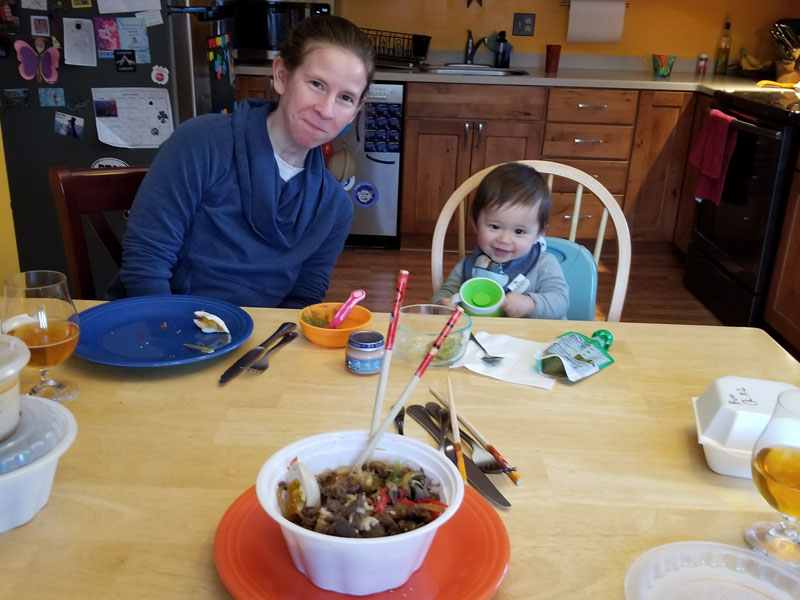 5:55 PM: Trying a new ramen place in Herndon for dinner. 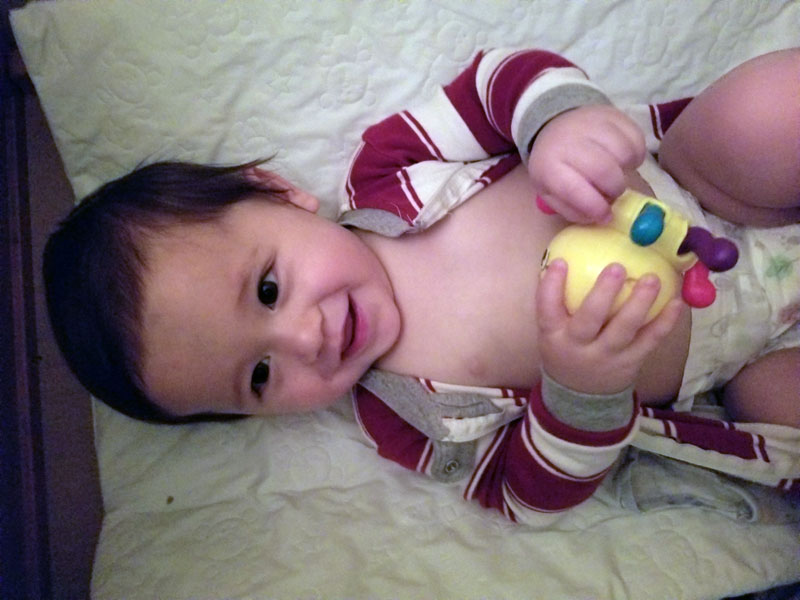 Nineteen years ago today, on March 16, 2003, I created this website for my new friend in Tallahassee.

Hadestown, Original Broadway Cast Recording:
Hadestown is a retelling of the Greek myth about Orpheus and Eurydice, with catchy tunes that easily could have been on the soundtrack of the old TV series, Treme. I really enjoyed the deep bass parts of Patrick Page. The first Act is a little more memorable than the second, but the whole thing is a fun listen.

Legends and Lattes by Travis Baldree:
I previously only knew Baldree as one of the game designers on Torchlight, but apparently he's also gained reknown as a narrator of fantasy audiobooks. This is his first original novel and tells the "slice of life" tale of an orc who's tired of adventuring and wants to open up a coffee shop. I enjoyed the pleasant tale and the character development -- this is a perfect low-stakes morsel to insert between heavier epic fantasy tales.

Soul (PG):
We're watching a lot of Disney movies to justify the cost of a Disney+ subscription. This one stars Evil Mike Jamie Foxx as a middle school band director whose true love is jazz piano. It's slightly similar to Inside Out, in that it tries to attach tangible representations to intangible concepts, and is at its best when anchored firmly in the real world. The ending felt a little too "pat" for me, but it was a fun movie. On Disney+. 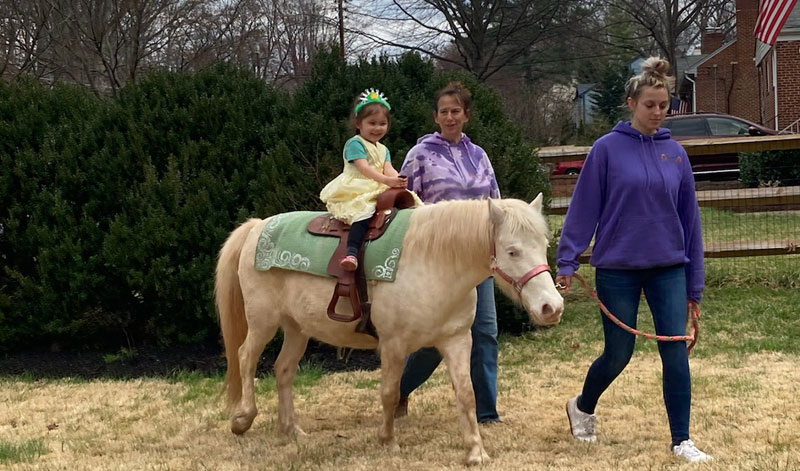 Maia went to her friend's 5th birthday party in Falls Church on Saturday and may have ridden the pony several hundred times. She decided to dress up as Belle from Beauty and the Beast here. 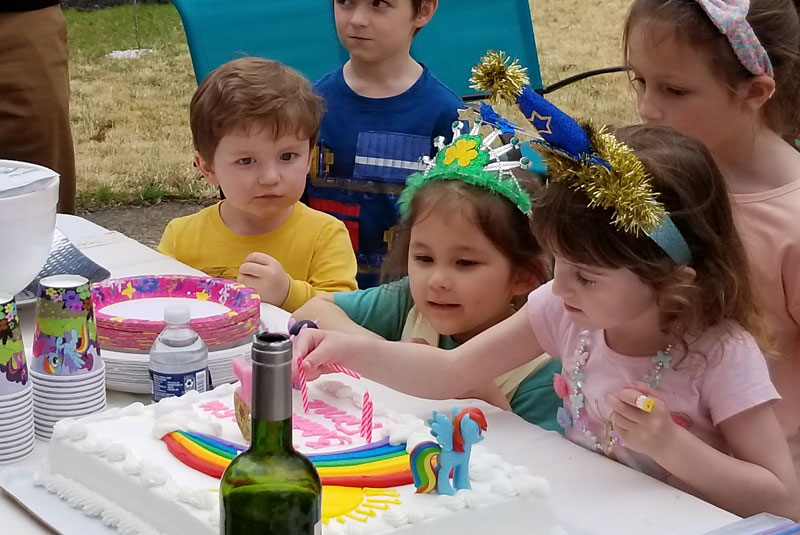 When it was time for cake, Maia called out, "Move back, move back!" so the birthday girl would have room to be in the center. 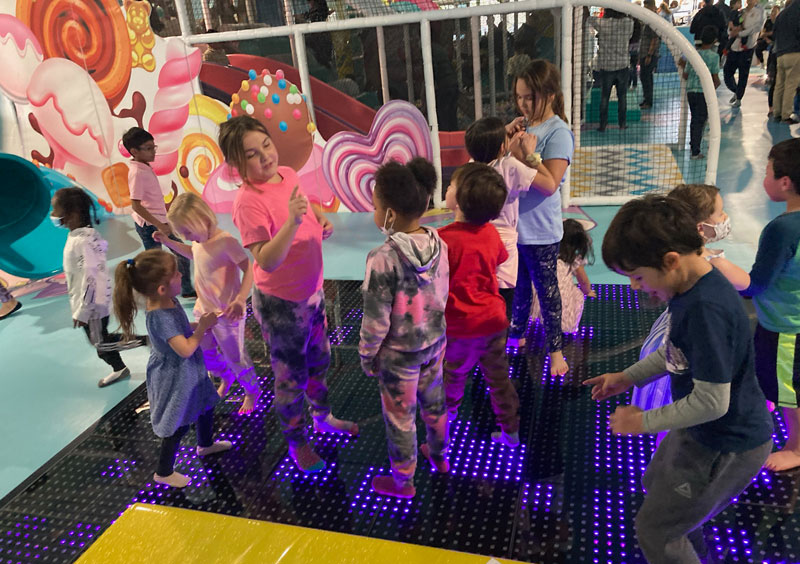 On Sunday, we went to yet another 5th birthday party (for twins!) at the insane indoor playground in Ashburn called Hyperkidz. Notice that Maia is one of the smaller kids in her class. She is also dressed as Mirabel from Encanto. 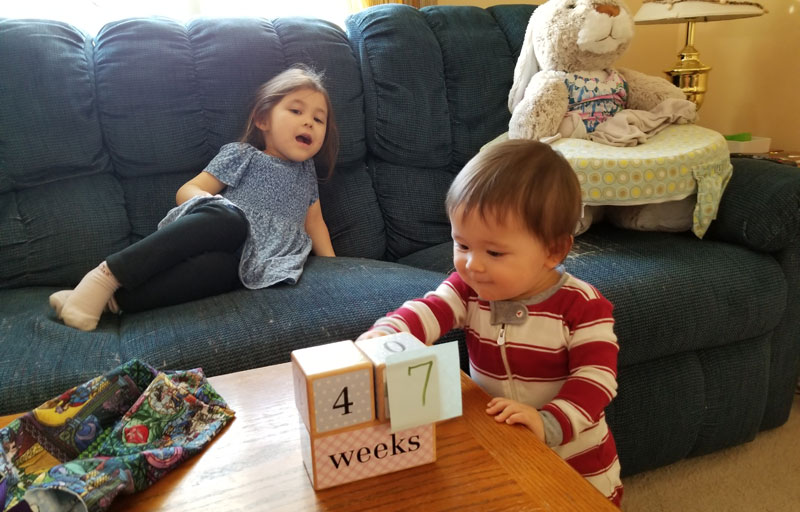 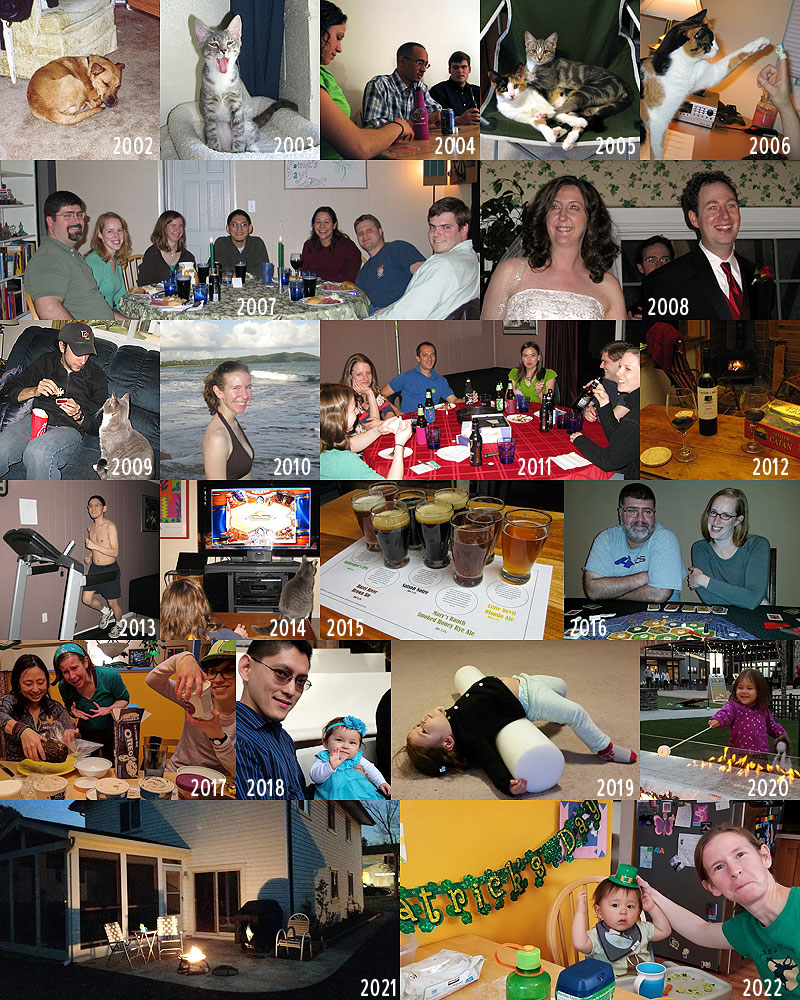 Here are some of the pictures that Maia created during the month of February. 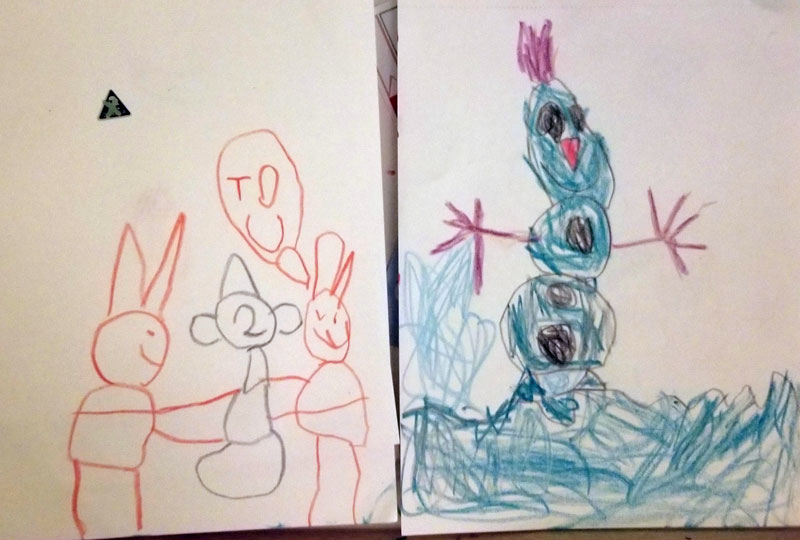 In the left picture, the bunny is receiving a 2nd place trophy. On the right, is a fine representation of Olaf. 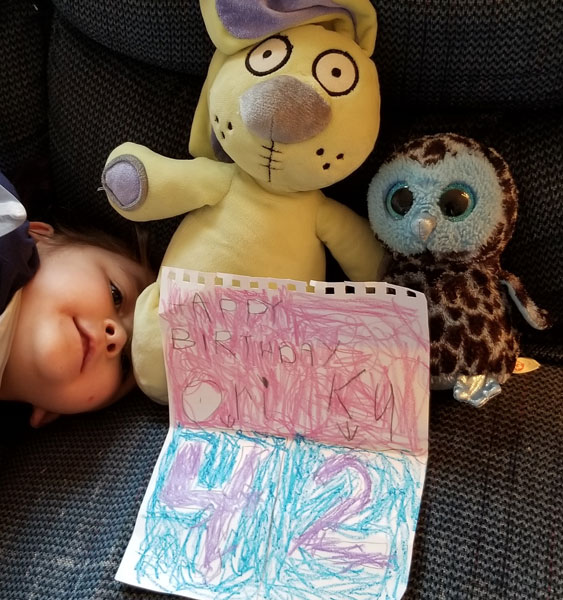 Maia went through a phase where two people were having birthday parties together, with one older than the other (The first party was for Elsa and Anna). Here, Ori and Ku (from Ori and the Will of the Wisps) are turning 4 and 2 respectively. This also functions as a low-budget colour-blind test. 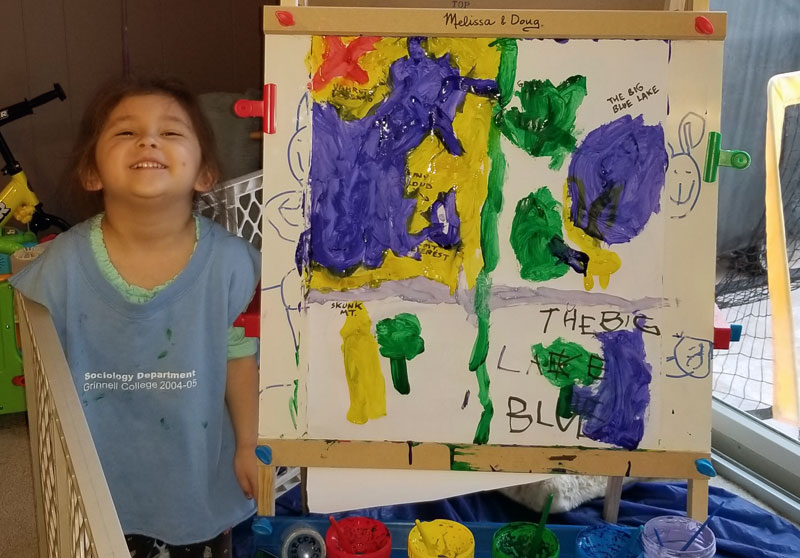 Maia also makes maps. "The blue is the water, the red is lava, the yellow is beach, and the green is trees." 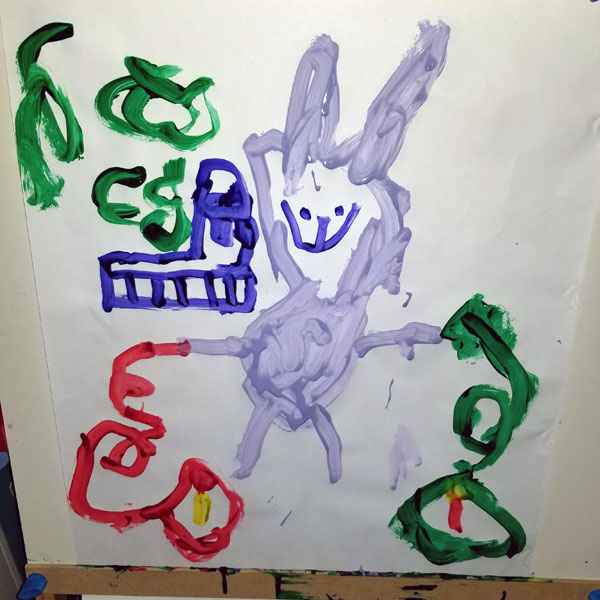 Maia painted this bunny after watching Encanto. He lives in the casita and his magic power is to make delicious birthday cakes. 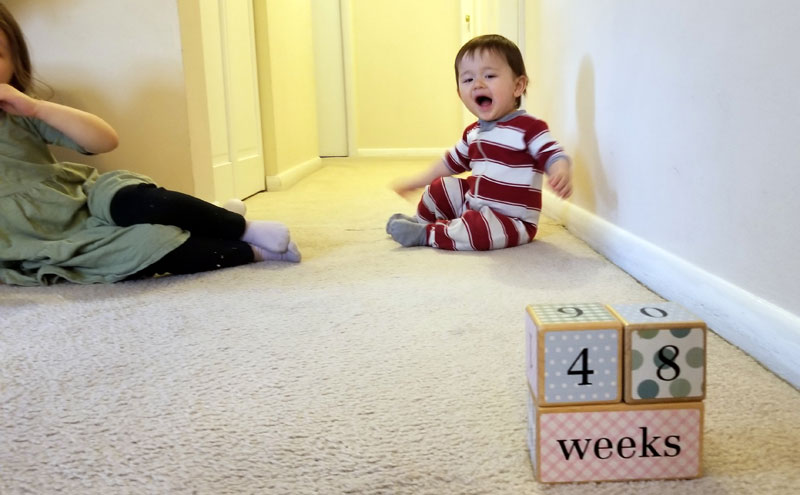 He can raise himself up to a standing position at the coffee table and maneuver around it, crawl very fast, and ascend stairs with ease. Going down is still prevented since he prefers a heads-first approach.

He has no teeth (Maia had her first at 8.5 months) and no words, although he just learned to form the word "Ohhh" so it sounds intentional. Now we can pretend to feed him fun facts and have him say "Ohhh" as if he just learned something new. He loves to eat: carrots are in decline in favor of carbs, yogurt, and bits of food off the adults' plates.

His phase of screechiness never went away fully, and it becomes his go-to mode when annoyed or tired. He gets upset pretty quickly and is full of emotions. He takes a solid morning nap (1 - 2 hours) and a questionable afternoon nap (0 - 1.5 hours), and he usually sleeps for about 11 hours overnight.

He likes toys that have wheels most, followed by toys that play music. However, he still doesn't like bass tones as evinced by the Saturday night neighborhood party that emitted a reggaeton bass line until 11 at night and kept him awake in his crib. 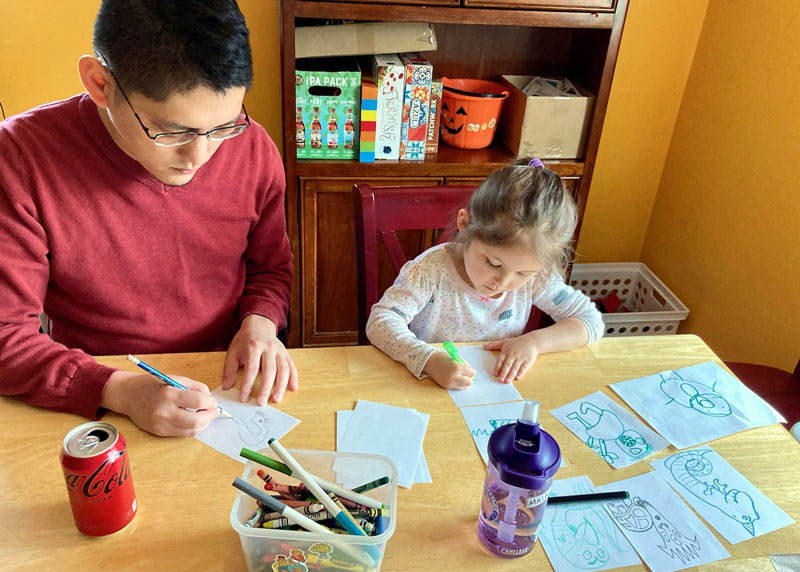