Notable artwork from the month of April

One afternoon, under the watchful eye of the babysitter, Miss Laura, Maia decided to make cutout bunnies. She painstakingly outlined and then cut each bunny, as well as clothes and shoes that could be folded onto the bunnies. 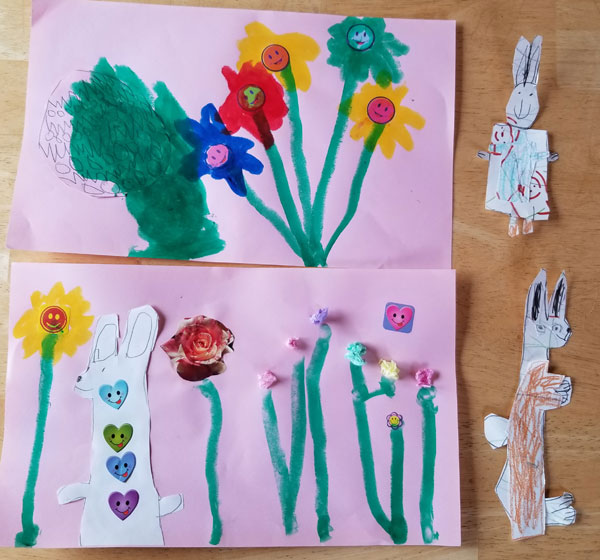 Here is a self-portrait Maia made that matches the clothes she was wearing that day: 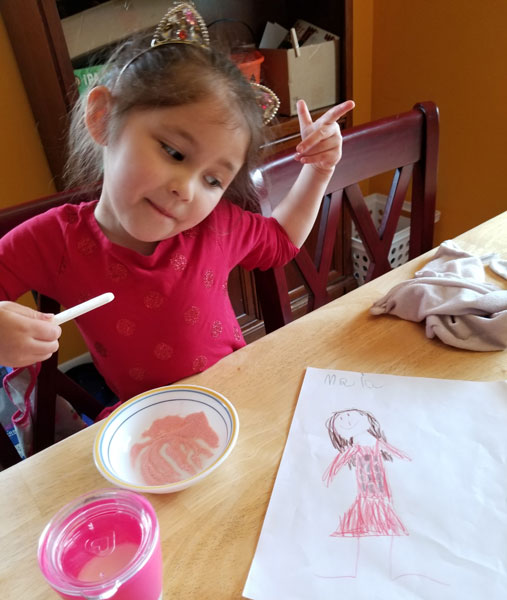 So many bunnies holding hands: 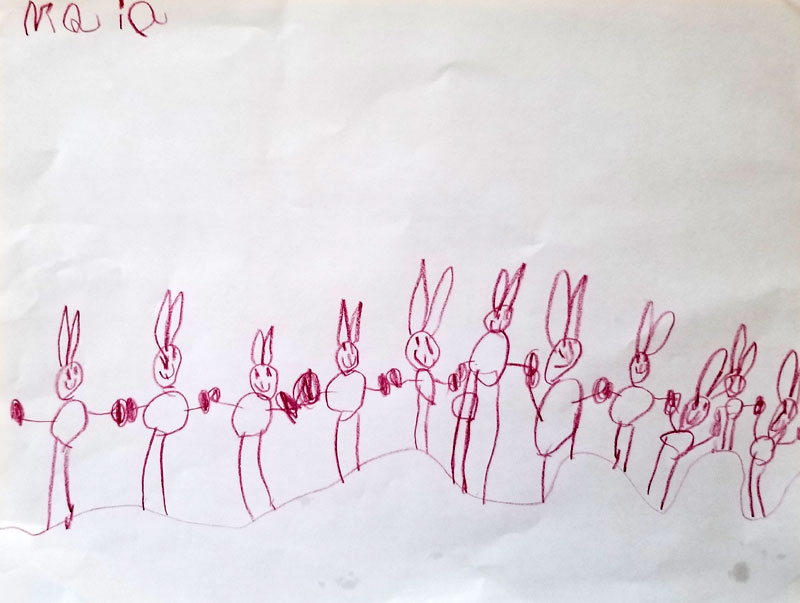 The Easter Bunny is here hiding eggs. Notable hiding places include a bird's nest and the trunk of a car: 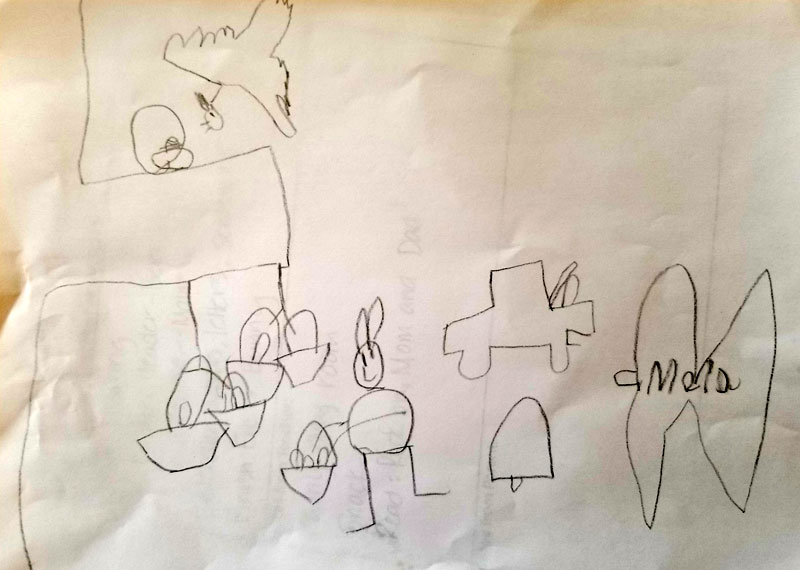 These bunnies just ran a race and received trophies: 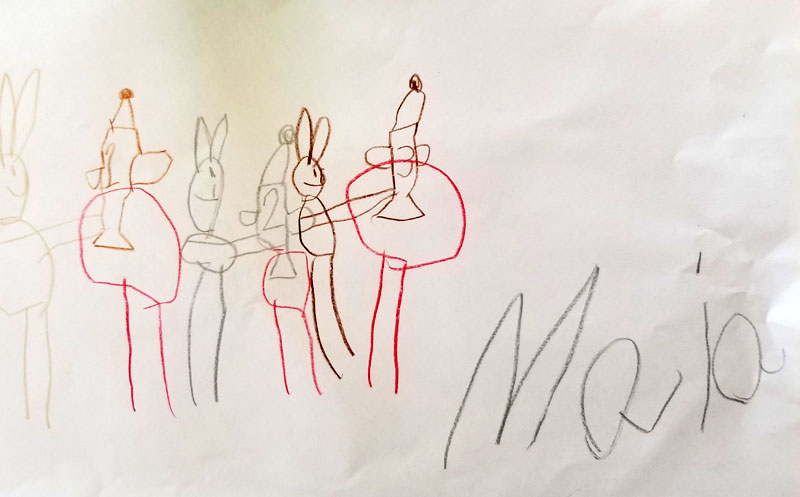 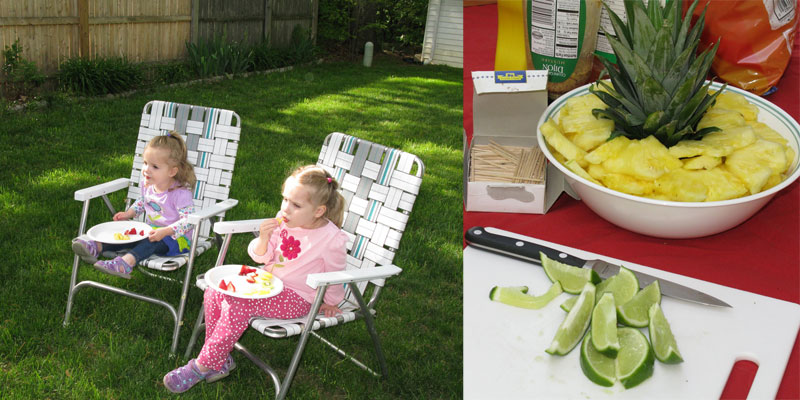 Palm Springs:
We went into this movie sight-unseen based on its appearance in a list of "best stuff to watch on Hulu", and that may be why we were so pleasantly surprised with how good it was. The movie does a good job balancing several contrasting tones, and never devolves into the realm of parody you might expect after seeing Andy Samberg on the cover. Everything is held together by great performances from all the leads (I've yet to see a bad Cristin Milioti performance). On Hulu.

Fallout 76:
My first impressions of this game continue to hold true. If you can get past the random quest bugs and awful user interface, there is a very fun (albeit shallow) game here that offers just enough depth to keep you coming back. I don't think I would go back and play Fallout 4 again as this game is just slightly better in all regards.

Dave, Season One:
This show is a fictional take on the life of rapper, Dave Burd (stage name: Lil' Dicky), who actually released a full album that wasn't bad. It starts out as a typical raunchy slacker comedy but then morphs into more of a "white" Atlanta with a lot of nuance and unexpected depth. We would have liked a little more rapping involved, but finished the whole first season in about a week. On Hulu.

Better Call Saul, Season Five:
This was a great, fast-paced season that easily surpassed the previous "hole-building" plot that anchored season four. The storylines are starting to intersect more which makes for more interesting scenes. I was also surprised by the character progression in the finale -- a nice feat for a show where we already essentially know how things end up.

An anticlimactic ending to our mouse saga

The war against Little Asshole continued through the month of February and March. I scoured the house daily, using the presence or absence of mouse poop to triangulate the mouse's general living location. I applied flank pressure like a Civil War general to guide the mouse towards areas of the house that were easier to trap. Throughout, the mouse survived and avoided all traps. It even got one foot caught in a glue trap but managed to get free, unscathed, after a couple hours.

March 30 was the last day that I found new mouse droppings. On March 31, we took in some guest cats for a week. Unlike Amber, one of these cats was young and could actually smell and hear so we had hoped that she would finally catch the mouse. Unfortunately, the mouse never again made an appearance and we have yet to see or smell a mouse corpse.

The current working theories: The mouse ran outside to die of old age. The mouse prophesized the coming of the cat hero and fled. The mouse stole so much of Amber's food over the months that it is living safely in the walls and no longer needs to poop on my carpet. The mouse did die somewhere in the house but we won't know for sure until the hot summer months.

Hopefully this movie will not have a sequel. 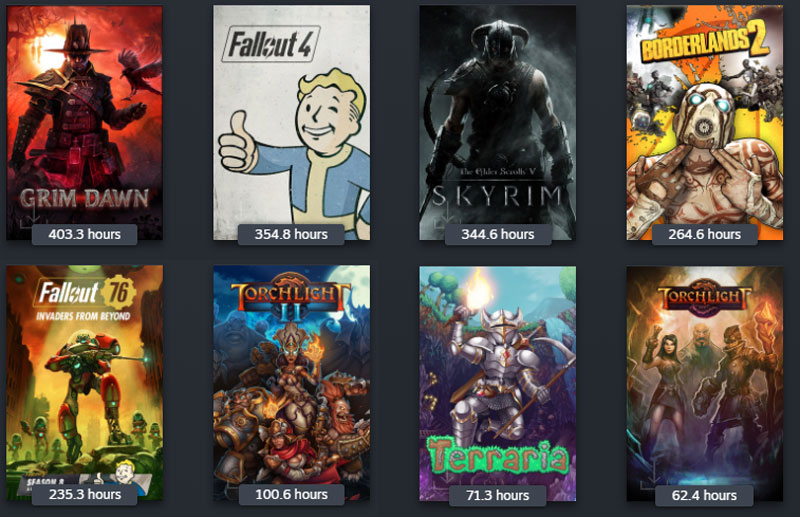 Alternate Uses of This 1837 Hours 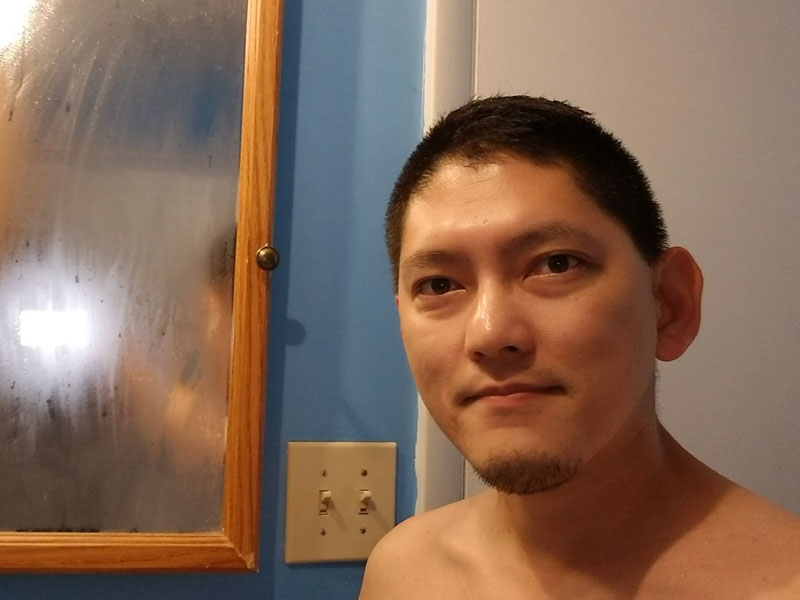 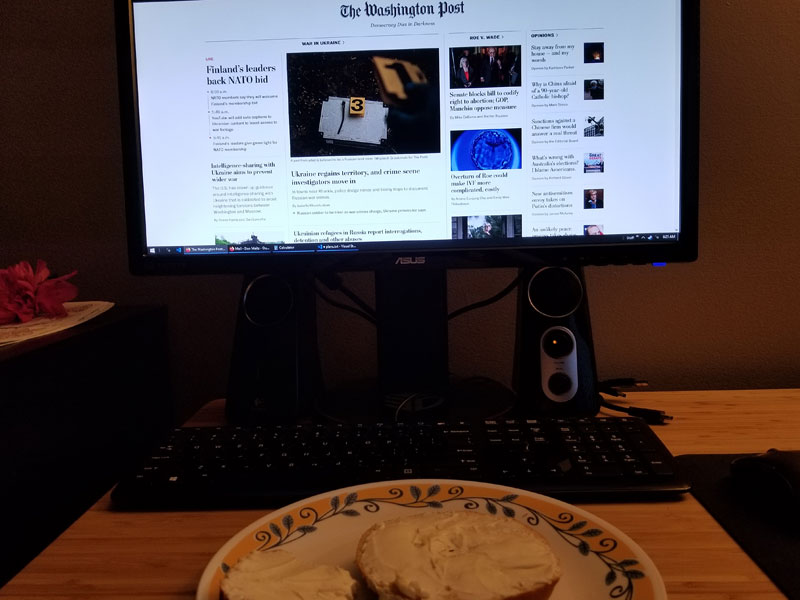 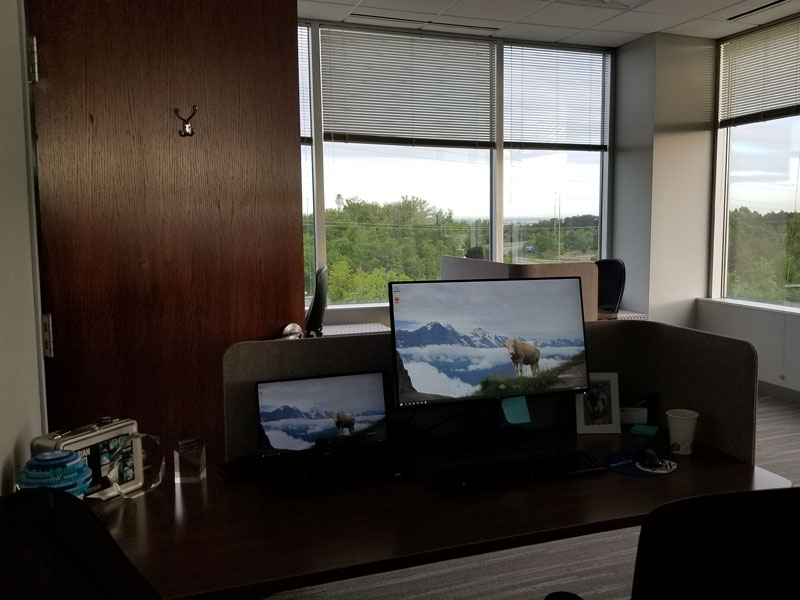 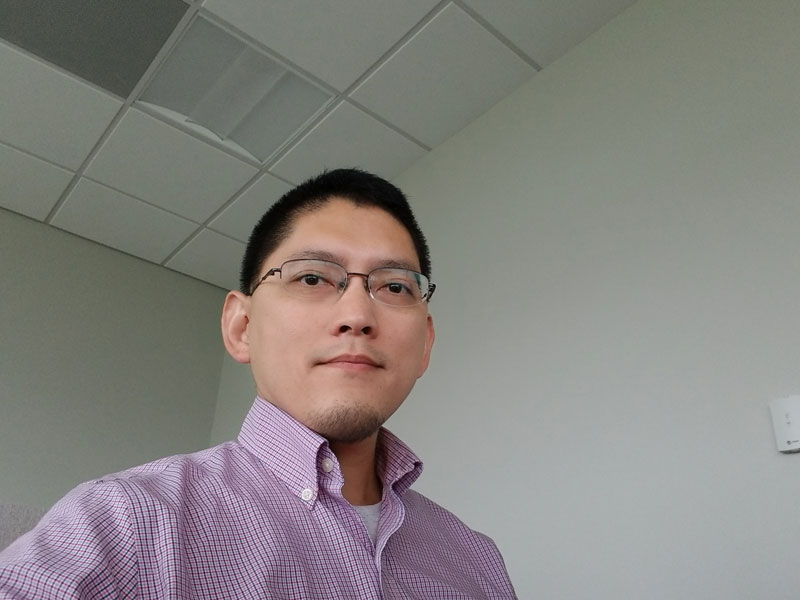 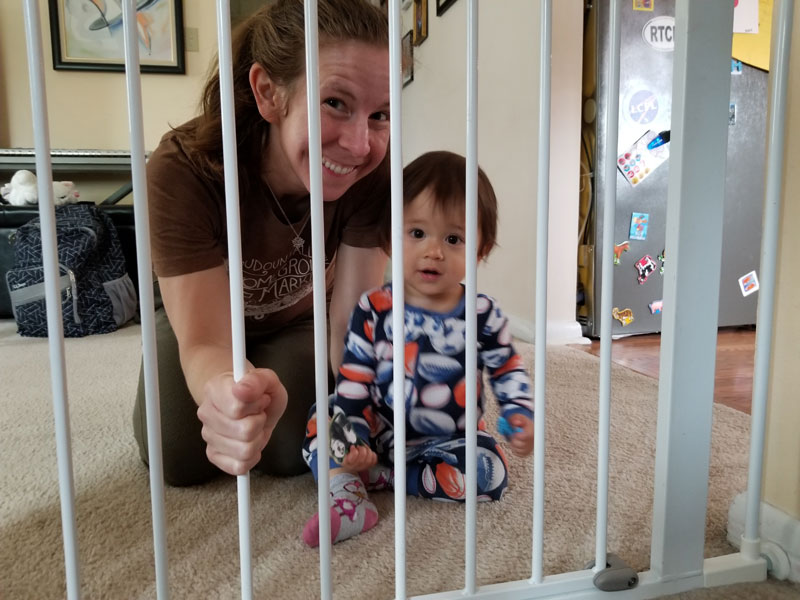 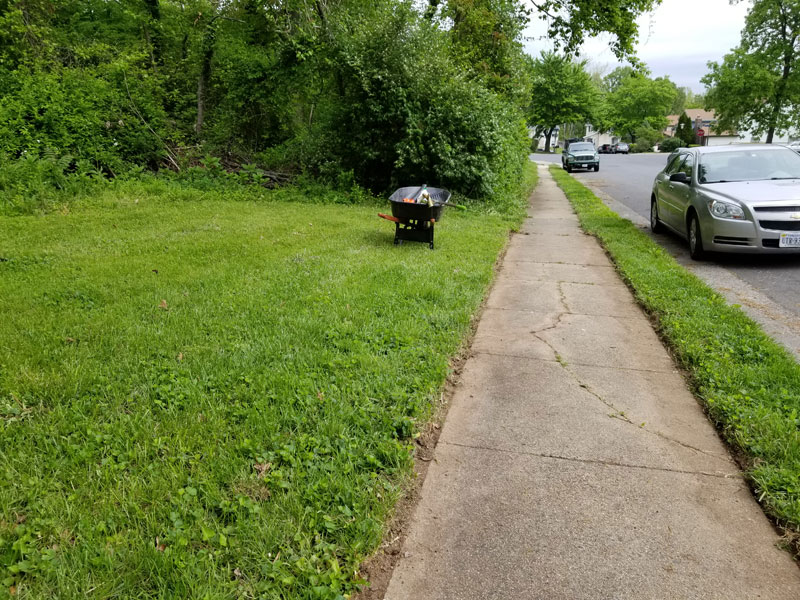 10:38 AM: Day Two of this Eagle Scout Project: Saving this stretch of the sidewalk from encroaching soil, trash, and poison ivy. Got up to that car yesterday (16 sidewalk tiles). 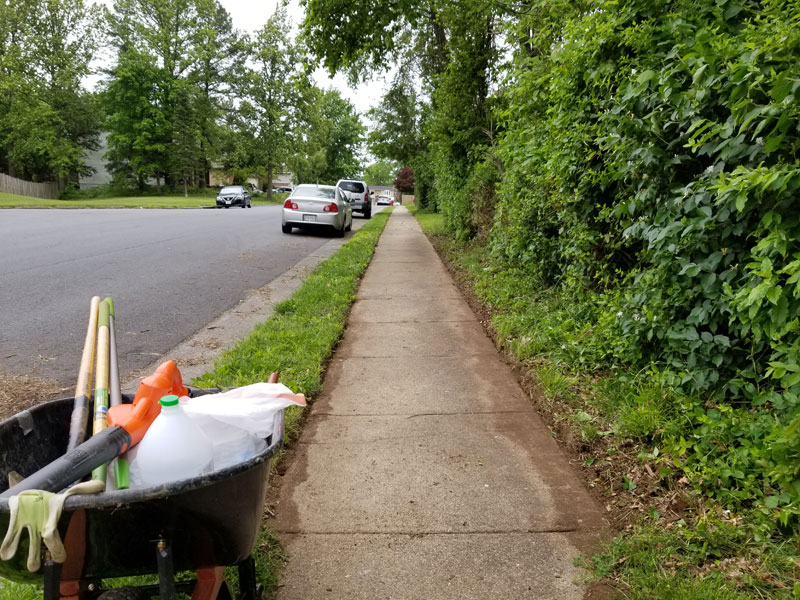 12:54 PM: Calling it a day after 13 additional sidewalk tiles, 1 bag of trash (including a 6-pack of Corona and 1 Heineken), and 12 square feet of ivy and vine removal. 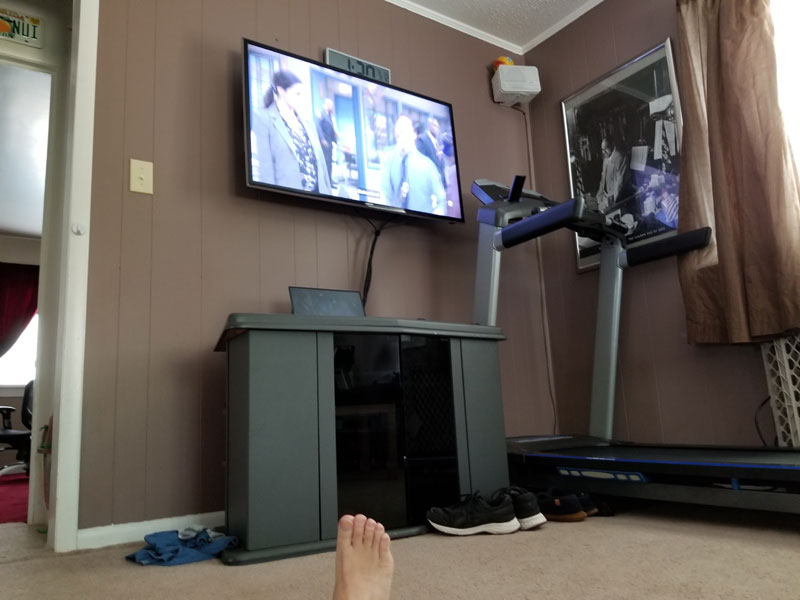 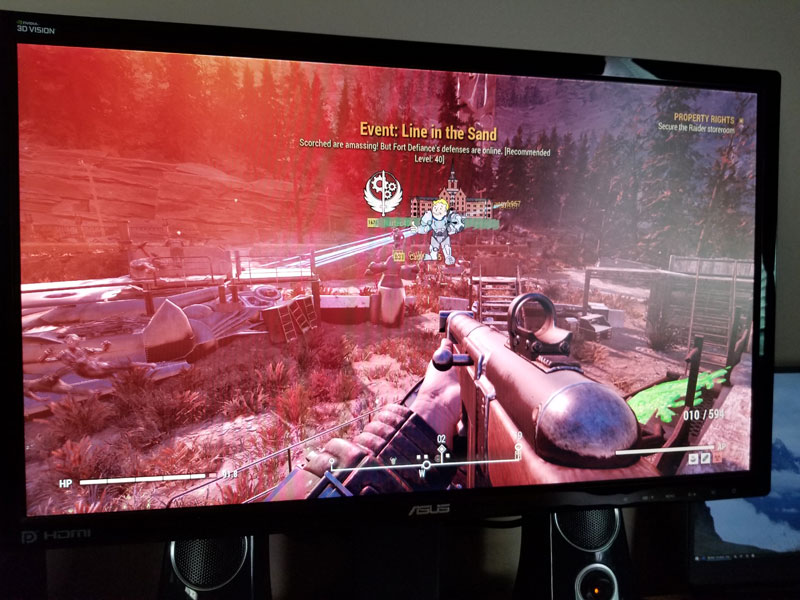 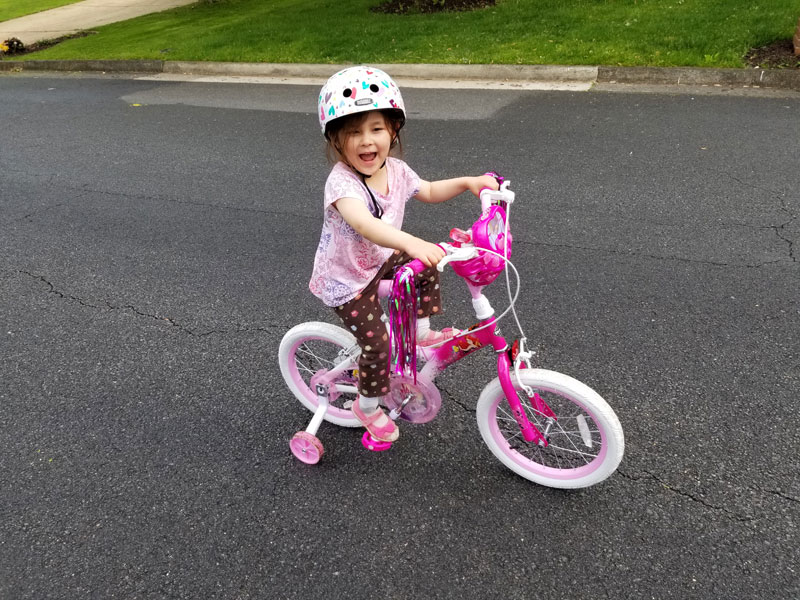 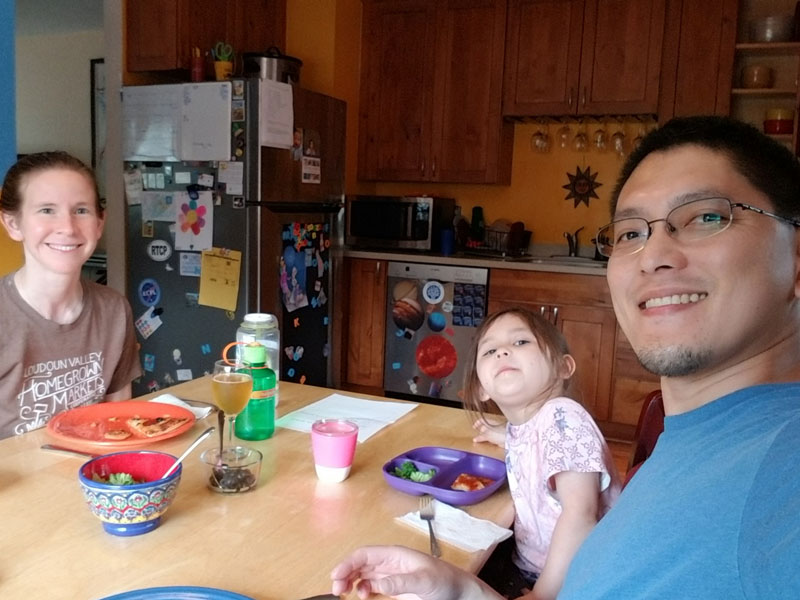 5:26 PM: Pizza for dinner while our fourth continues to have his second nap. 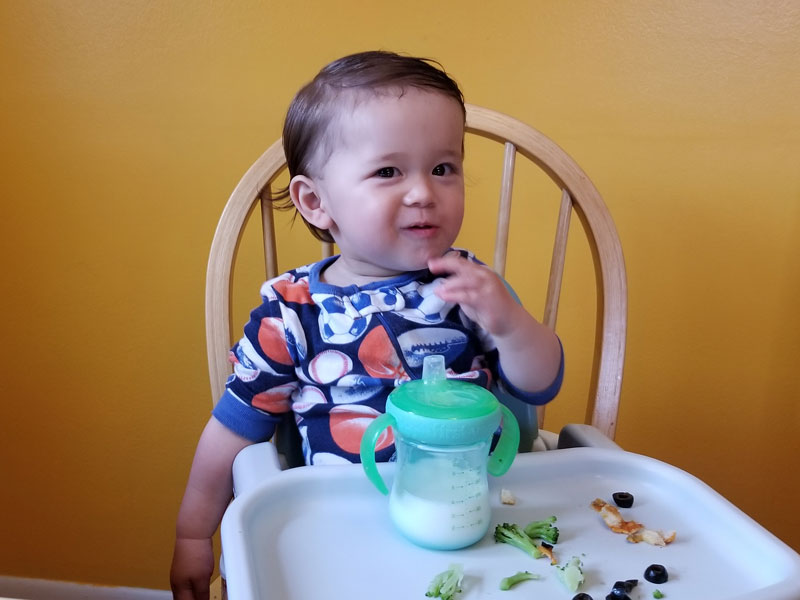 While there are several visible, distinguished visitors to this historic website, I still see some repeat visits in my website logs who have been coming for years but never posted a single comment. I see lurkers from Philly, DC, Ashburn, Centreville, and other exotic locales. There's one from Boston that arrived one day after Googling the name of someone whose wedding I attended, and they check in every few months to see if I ever mention that person again (spoiler: I never have). There's even exactly 1 subscriber to my Atom feed, which has been chugging along in underrated obscurity (not unlike the Netflix show, Dark) since 2008.

Who's still out there? I would love to hear from you. Regular or lurker, come out and say hello:

If at least 4 unique, real people respond by Tuesday, May 31, 2022 at 1800 Eastern, a randomly-selected commenter will get a $10 Amazon gift certificate. 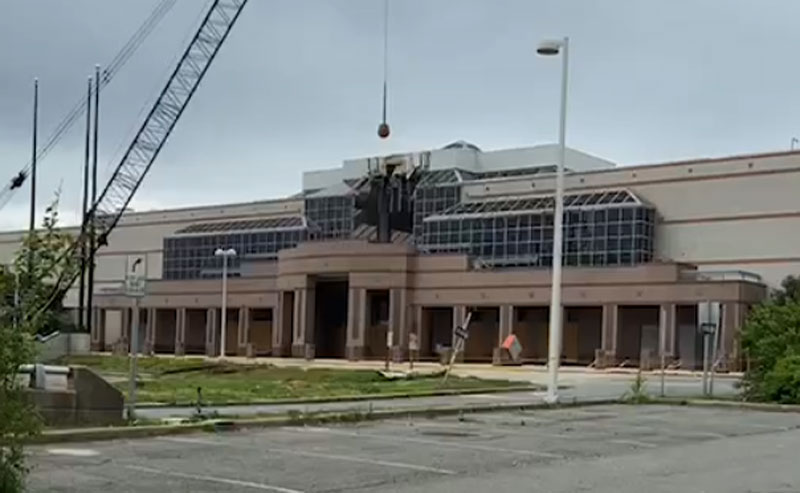 As the nearest mall to my childhood home (1.1 miles by car), I have many memories of what this mall was like, even if I didn't spend much time there. My earliest memories of the mall was in the 80s when it was an outdoor mall with long promenades. The benches down the middle of each path were bordered with pyramid-like slopes (very chic in concrete architecture) which my sister and I would run up and down the slopes as our parents roamed from department store to drug store.

When the mall became enclosed, visits became a triangle of stops: Kenny's shoes for discount footware, Sears for Boy Scout merit badge books, and the Electronic Boutique up on the third floor for PC and Nintendo games. We never ate at the Food Court because "We have food at home". This same argument applied to the arcade as well: "Why are you going to pay 25 cents for a two minute game when we have a computer at home?"

If I recall correctly, whatever we were looking for at the mall was often out of stock, so we'd pile back into the car and hit the next closest mall, Springfield Mall. As this started happening more and more, we eventually stopped going to Landmark much at all.

Landmark finally closed in 2017, after which it became a truckyard for millions of Amazon Prime delivery trucks. It took another 5 years to cut through red tape for the redevelopment. Hopefully the mixed-use development is successful (they're all the rage these days), although it doesn't seem like they took my advice about putting a data center underneath it and some open-air craft breweries on the top level.