The laws of probability normally wreck my shop, but for once they finally came through for me -- this month's 12 of 12 actually fell on a day where I deviated slightly from my normal less-interesting routine. You can see more 12 of 12 entries at Chad's site

and kid the people who continue to call it 12 on 12. That title really shouldn't be used unless your pictures were taken on the set of Eyes Wide Shut or depict a particularly fierce game of indoor dodgeball. 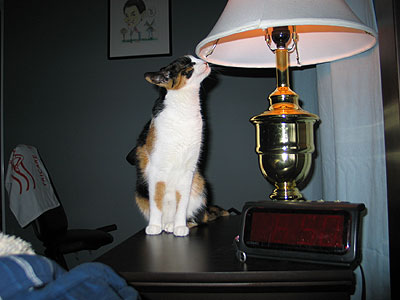 6:50 AM: Cats wake me up by pushing my camera off the nightstand and onto the floor. Apparently, there is a kitty famine, and I am the only one who can stop it. 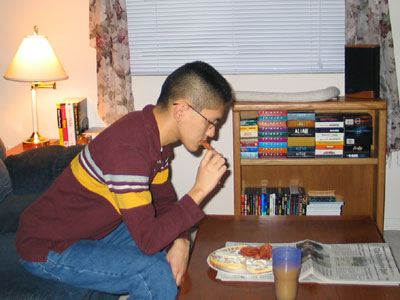 7:23 AM: Eating part of this complete breakfast, without any of the healthy parts. 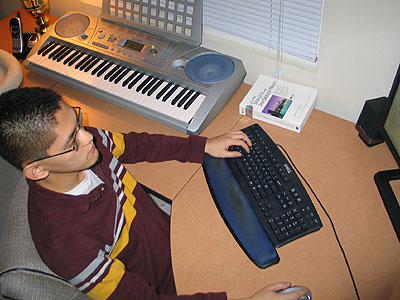 7:45 AM: Putting in a few hours of telecommuting for the good of the nation and the sanctity of my mortgage. 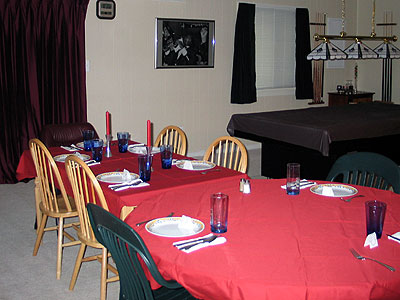 12:25 PM: Setting up tables and tableware in the basement for the evening's early Thanksgiving festivities. 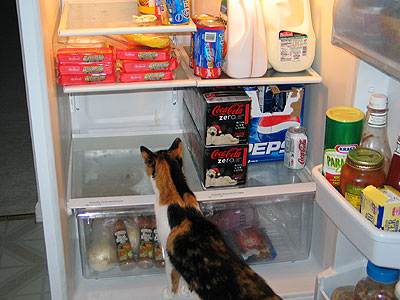 12:58 PM: Taking stock of the fridge, making note of the three pounds of cheese and four tins of bacon bits for the cheddar cheese soup, four rolls of rolls, and one cat for roasting. 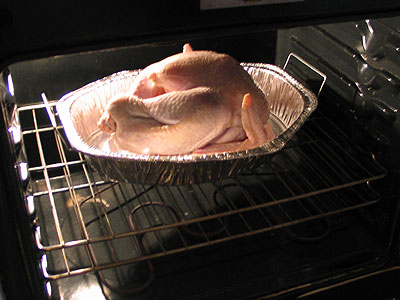 1:24 PM: Preparing a twelve-pound turkey for roasting. There'll be lots of leftovers, but this was the smallest bird they had which wasn't a cornish game hen. 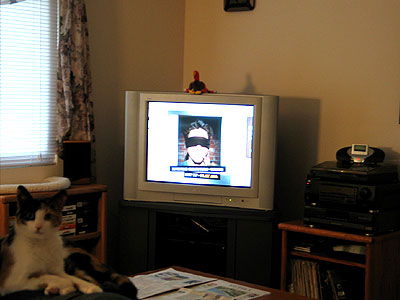 2:10 PM: Passing the time while the turkey cooks watching Scrubs. 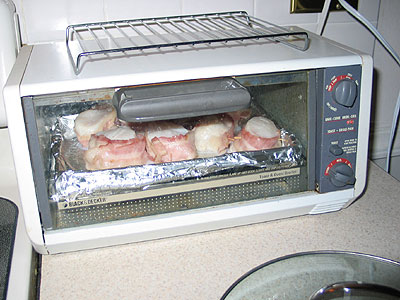 5:09 PM: Makin' bacon-wrapped scallops with a touch of lemon juice. They're like a heart attack on a toothpick. 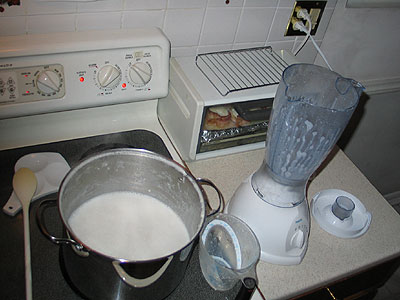 5:39 PM: Cheddar cheese soup is messy to make, as is any soup that requires a blender, but the end result is well worth it. It's like a heart attack in a pot. 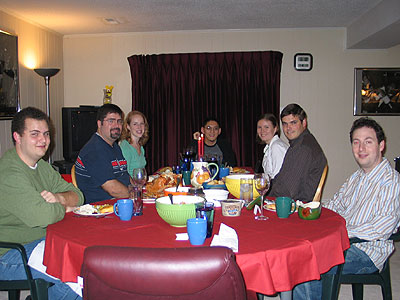 6:14 PM: Bonus Picture: "Thankful" -- Sitting down for a Thanksgiving dinner! You can't get more thankful than that unless you cheat. 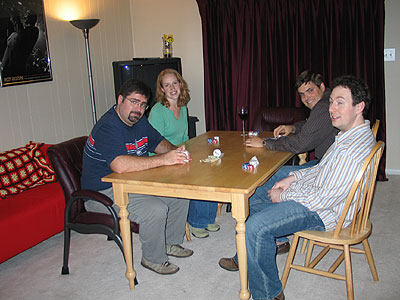 8:30 PM: Playing a game of poker after dinner, much like the Indians did in the late seventeenth century. The other two malefactors left early, obviously knowing they would lose quickly to this powerful powerhouse of power. Chris won. 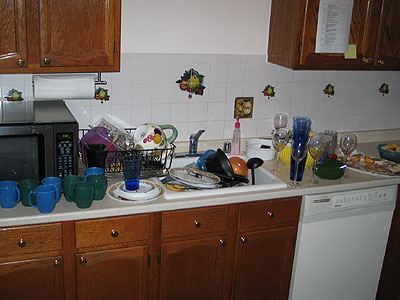 10:10 PM: The only time I ever use my dishwasher is when there's company over. 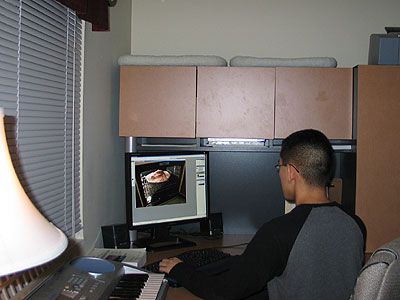 10:45 PM: One last shot of me posting my pictures before I slip into a turkey-induced coma.

Arrested for selling pot with Hugs

The sound of Vista