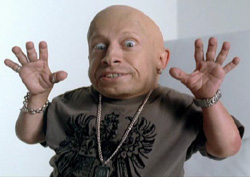 There are some shows that reach the point in their run where, no matter how good they were, it's obvious they should end. No one really wanted to see Veronica Mars become an FBI Agent, and when Verne Troyer guest starred on Boston Public as a "tiny person who hides in a locker and gives students exam answers"

, it was time to move it to Friday night and eventually cancel it. The 4400 was recently cancelled after a four season run, and it was definitely not ready to go.

This show received much less attention than the hit show that stole a bunch of its ideas, Heroes. It aired on the USA network every summer, and its small cable budget meant that it had to favour strong storytelling over special effects (and yes, sometimes the special effects are really, really cheesy). 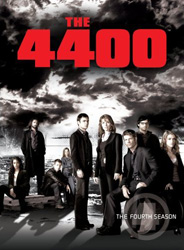 The premise of the show: 4400 people from the past sixty years were mysteriously abducted, and suddenly reappear in a giant ball of light in present day Seattle. They haven't aged at all and have no recollection of the time they were gone, but they have all developed a singular ability, like telekinesis or seeing the future. The first season focused on Tom and Diana, government agents, whose job it was to figure out who the 4400 where and why they suddenly reappeared.

Had the story chugged along in this mold, it would have been an interesting X-Files clone with an "ability of the week" approach, and probably wouldn't have lasted a year. Instead, the story is allowed to grow organically, quickly moving to the next level. By the end of the first season, we are explicitly shown the answers to many questions (take notes, LOST) and the show tackles the broader political, social, and religious implications of a society where there are now two types of people. Yet despite the strange abilities, conspiracies, and science fiction, the core of the show is its interpersonal relationships (as most good dramas are). The evolution of characters, especially Shawn, over the course of the show is also well-done. 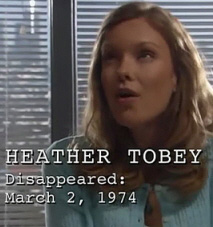 Season two and four are the high points of the series -- season three stumbles a little bit, but has several great standalone episodes. Season four even resolves some unanswered questions from the early years of the show in logical ways. The only negative is the fourth season's finale: while it works great as a season closer, it does nothing at all to close the series as a whole, and it's very apparent that the writers had a vision for what the fifth season might have looked like. It's a disappointing end to a well-written show. Highly recommended.

If you're at all intrigued, the first season (a five episode miniseries) can be found on Amazon for as little as ten dollars, and is also available through URI!Flix.

Sorry mummy, it's a cover up