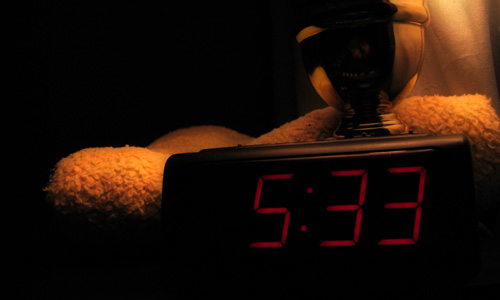 5:33 AM: Up and at 'em, to the sounds of Booty turning on the printer in the next room (she's realized that simply knocking the clock off the end table is no longer sufficient to secure her breakfast). 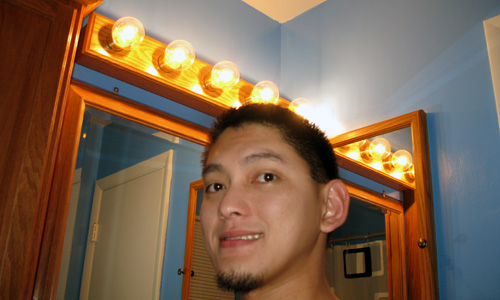 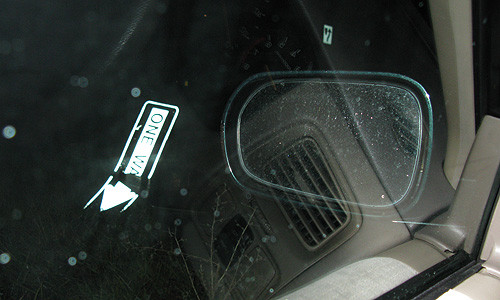 . Apparently since then, it has become the victim of a drive-by uprooting. 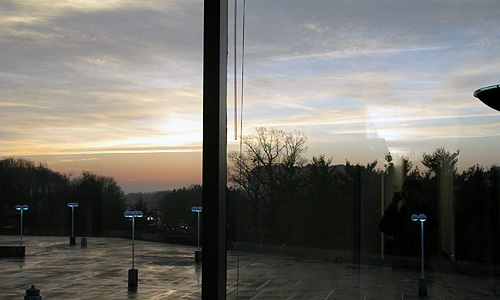 7:18 AM: Watching the sun rise while I wait for my bagel to toast (Wednesday is Bagel Day). 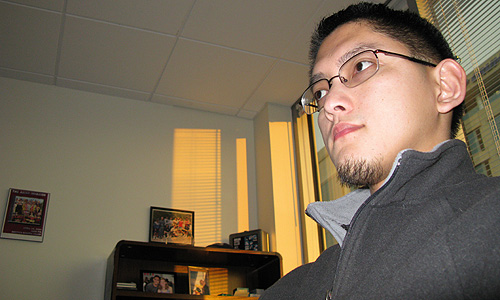 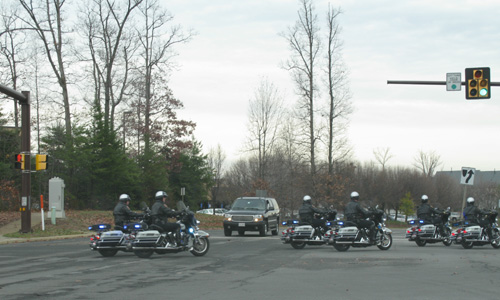 12:42 PM: While leaving work, a massive police motorcade swarmed through an intersection, holding up traffic in all directions for two light cycles. 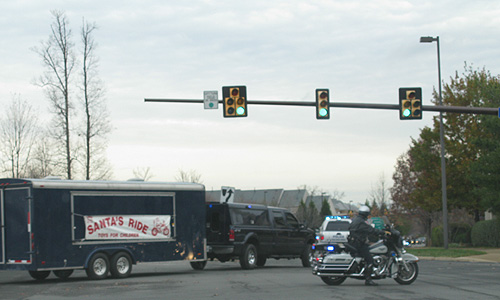 12:42 PM: Bonus Picture: I could not BELIEVE that the motorcade was for a silly toy charity. I was hoping for some celebrities. 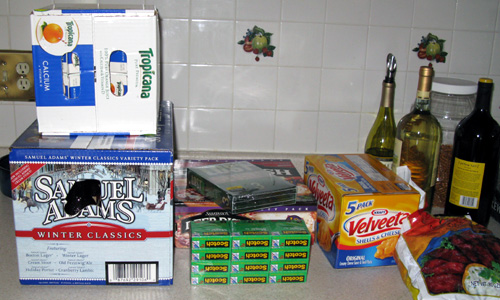 1:27 PM: Unpacking the boxes after a quick trip to Costco to procure the staples (and Scotch tape) of life. 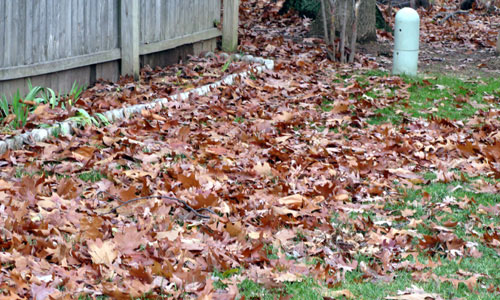 1:34 PM: There's nothing worse than raking leaves after a thick layer of snow has melted over top of them. 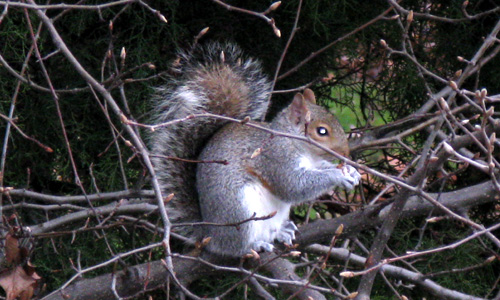 1:57 PM: My new Canon A650 has a 6x Optical Zoom and a 4x Digital Zoom, which in laymen's terms means I can spy on people in Secaucus. Today I just used it to capture this nature shot of a squirrel in a faraway tree. 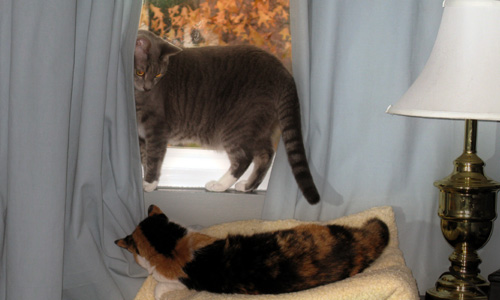 2:45 PM: Booty and Amber fight over the makeshift bed next to "Squirrel Lookout Point". 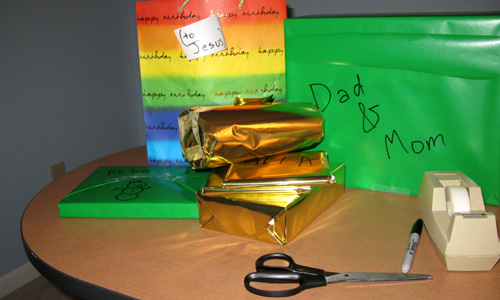 4:16 PM: Wrapping presents for some, and deer poo for others. I hate wrapping non-rectangular objects, but didn't have any Christmas bags, so I had to improvise. 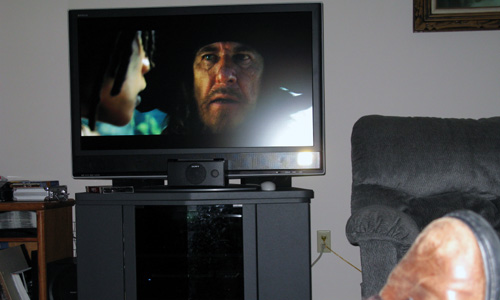 5:14 PM: Having an early dinner of wings (from Costco), and finishing off the last hour of Pirates of the Caribbean 3: Dead Men Died Because of Long Movies, which I started on Monday.

Also, no one has correctly guessed the song from Monday's Name-That-Tune contest, so here is your first hint: the song first appeared on a commercial album in 1990, and has five syllables in its title!

How to get really cheap gas

5-year-old descendent of Davy Crockett kills him a bear