or "why it's a good thing I never became a cartoonist"

Junior High School in the early 90s. With a single cartooning class under my belt from the Torpedo Factory Art Gallery, I was obviously inches away from an exclusive New Yorker deal, but somehow my life took a turn towards Music. Though those cartooning days are long gone, these sketches still survive. Remember, everything is funnier when you're in Junior High. 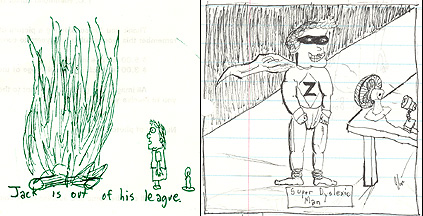 Almost every single cartoon I drew is on the back of a school handout or homework assignment. Pen and Ink was my preferred medium. 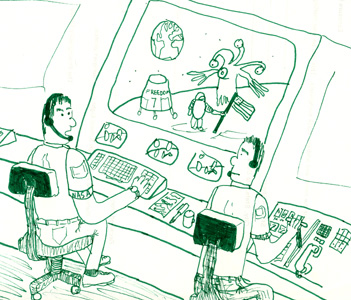 "I wonder what he meant by 'One small step for Aagh'?" 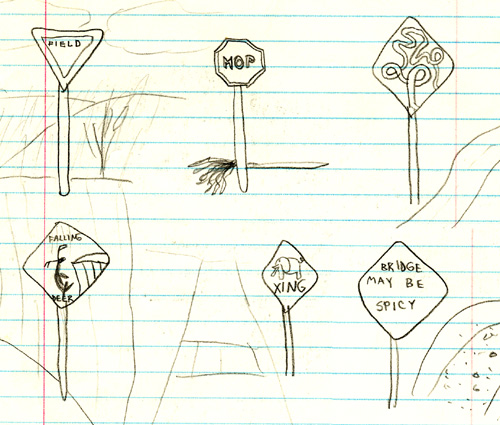 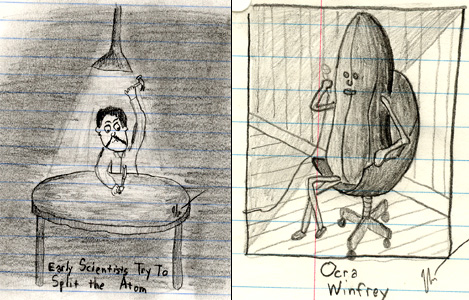 In some classes, pens were not allowed because they could not be erased (and heaven forbid that kids stick with their first answer). Pencil cartoons were a last resort since I was a messy kid and usually ended up smudging everything. I have no idea how the screwdriver in the left cartoon is staying up. 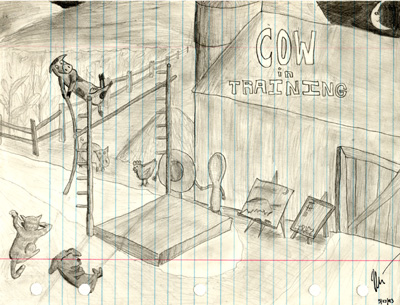 Rare colour sketches. Remember the Free Willy craze? That was so obnoxious.

Labs were the biggest wastes of time in any scientific field. I always tried to make sure that my responsibility for physics labs ended with the cover page, and would spend the entire period drawing a comic on the front. The left one is from "Using Archimedes' Principle to Determine Density" and the right one is from "The Specific Heat of a Metal". 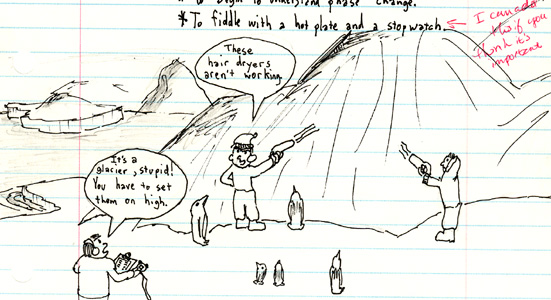 "Determining the Melting Temperature of a Solid"

Have some Scooby Sex