Today I got several errands done, and mowed the lawn just in time for a big rainy cloud to waft over Loudoun County. The pool table people called and said that the table would get here next week, most likely Thursday.

Going out in style

Sometimes you just need to stop and turn in your clients 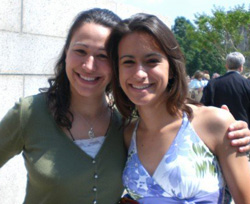 Friday the 1st: Came home from work around noon with an order of Popeyes and cleaned the house. Went to the home of the now-graduated-from-high-school Becca in Chantilly (who, in a geriatrics-inducing way, will be in the Class of '11 at Virginia Tech, which is ten years after my own class). Watched some 4400 with Anna and Ben, played some Apples to Apples and lost at one of the fourteen billion Mario Party games. 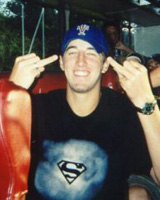 Saturday the 2nd: Went to the Vintage Virginia Wine Festival at Bull Run with Kathy and Rebecca. Ran into Gordon Dodson, a.k.a. "Flip Flop" at the very first wine tent and did the two-and-a-half-minute "what have you been up to since college, well gotta go" recap. Sampled fourteen billion wines from thirteen billion Virginia wineries (including Barboursville and Ingleside) and ate smuggled-in Subway subs in the back of a shady seminar tent.

Listened to yuppies talk out their asses about wine characteristics and made fun of UVA frat boys in pink khaki shorts, blue collar shirt, and tie. Marvelled at the sheer bulk of humanity able to fit on the fairgrounds, and enough bottles of wine to christen a boat the size of Brazil. Ended the night at Red Rocks Canyon grill in Centreville with a very tasty bacon cheeseburger that was actually cooked lawsuit-medium-rare rather than the usual nonlitigious-burnt. 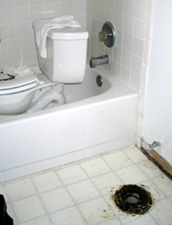 Sunday the 3rd: Cleared out the master bathroom like an old man with a bottle of Ex-Lax. Installed a new medicine cabinet, laid the baseboard for the ceramic tile, and made a half-inch slice in my middle finger which became a veritable geyser of platelets for about five minutes. I hadn't intended to paint my bathtub red, but now it has polka dots. 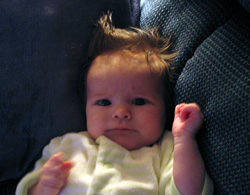 Eased the pain with a glass of Ecco Domani Pinot Grigot and a nap, and then went on babysitting duty with Ella for a couple hours while her mother indulged her out-of-control crystal meth habit and/or visited a friend's new baby in the hospital near my house. Went to bed around 10:30, ready for another week of fun and excitement at work, hopefully full of situations where I can make up new adjectives by putting hyphens-between-several-random-words.

Lord of the Rings set: It's a trap

Move over Viagra, spider bites are where it's at

a line analysis of classic poetry 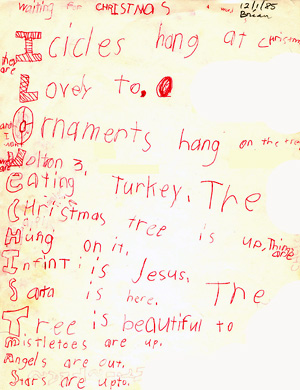 Waiting for Christmas by BU (age 5)

The author is metaphorically referring to the silver tinsel which adorns the tree. Real icicles are not cost-effective for indoor tree decoration, given their tendency to melt.

They are Lovely to.

Some scholars argue that this line is incomplete, and believe that the missing words are either "eat" or "poop on". Detractors of the theory suggest that the author was a horrible speller. Proponents of incompleteness notes that every misspelling the author has ever made has been intentional, for satirical purposes.

Ornaments hang on the tree.
And I want Voltron 3.

Yet again, the young author impresses us. His facile use of the rhyming couplet is augmented by his reference to current events, since Voltron 3 was the must-have toy of the 1985 Christmas season.

We are Eating turkey.

This is obviously a sly reference to Turkey's 1983 transition to democracy (the US way) following the 1980 coup d'?tat.

The Christmas tree is up.
Things are Hung on it.

Like the all good poets, the author has a preoccupation with death and dying, evidenced by his overuse of "hang" and "hung". Scholars note that the author jumps from H to I here -- the absence of the letter R represents death, as in "a dearth of life".

At first glance, this is a reference to the baby Jesus. However, a study of the author's later works reveals a deeper message -- "Infint" is actually a misspelled form of "infinity", making this a less-trite way to say that "God is everywhere".

Obviously, this is an intentional misspelling of "Satan", and provides counterpoint to the previous line. The theme of this poem is the titanic struggle between Good and Evil.

The Tree is beautiful to.
Mistletoes are up.

It is telling to note that had the author been unable to spell "too", he probably would not have been able to figure out "mistletoes".

Stars are up to.

There are two competing interpretations of the incomplete final line -- "Stars are up to something" suggests a massive astrological conspiracy, while the more mundane "Stars are uptown" simply suggests that the author is not high society and lives in the suburbs.

Living the good life in prison

You can see the original post in this series here.

Yet again, I worked too much yesterday to write a Fragments column (although the steak and the really hard-to-obtain Star in Mario Galaxy 2 returned census forms identifying themselves as "work" too). Rather than try to throw something together now which might diminish the literary value of the site, I'll give you the opportunity to peek in my sister instead. 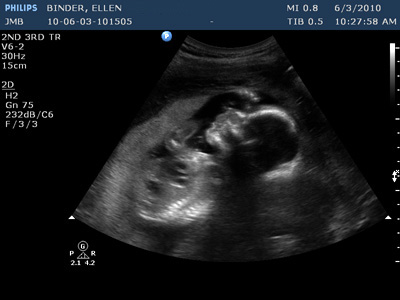 The classic versions of the Looney Tunes cartoons are no longer played on children's channels because of the violent slapstick comedy.

List Day: 15 Things There Are More of with Rebecca Around 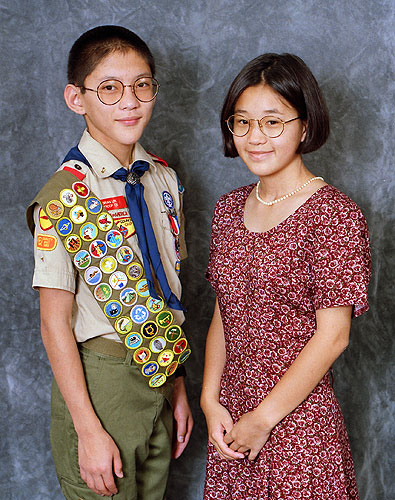 This photo was taken twenty years ago as a sophomore in 1994. Based on the distance from my belt line to my inseam, it was in that awkward period where I had grown out of boys' sizes but had not yet grown into adult sizes. Unfortunately, that awkward period remains in effect even today.

Aziz Ansari: Live at Madison Square Garden:
This comedy special was not quite as good as his previous specials. It had some funny bits in the moment, but none that I can recollect now as I write this review. There was a lot of audience engagement stuff that was probably great in a live show, but just seems like filler when recorded. Free on Netflix.

The Hunger Games: Mockingjay Part I:
Mockingjay was the most poorly written book in the series, and breaking it up into an unnecessary two-parter to close the movie trilogy does it no favours. There's minimal forward momentum here and an overabundance of distractingly famous actors in the various roles. It was nice to revisit Philip Seymour Hoffman one last time, but otherwise, this movie could have been compressed greatly without losing much.

The Unbreakable Kimmy Schmidt, Season One:
I watched four whole episodes of this show but never got into it. It suffers from the same turn-off I had with 30 Rock -- the show tries too hard to be cleverly funny and uses characters and situations closer to fantasy than reality to set up humor. I inwardly cringed (which kind of feels like a cough without the recovery breath) during the autotuned opening credits, which felt both dated and forced, and never did find whatever else liked so much about it. Free on Netflix.

Transparent, Season One:
The draw of this show is definitely Jeffrey Tambor in the main role as a transgendered father. Unfortunately, he's surrounded by three selfish, unsympathetic children who take up most of the running time. It all fits into the theme of the show, but it was hard for me to watch the random trials of the grown kids without anyone to root for. Also, one of them looks so much like Courteney Cox that my brain took me out of the action every time she doppleganged her way onscreen. A pleasant, quick season overall, though the piano soundtrack gets old pretty quickly. Free on Amazon Prime.

What are you up to?