One Time At Band Camp

because blogs always have to have at least one post titled as such, to show that the writer is hip and with it 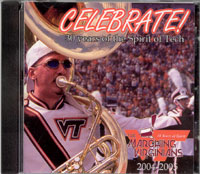 House Blasted by 3,000 Gallons of Sewage

An Internet video that shows someone spraying graffiti on Air Force One looked so authentic that the Air Force wasn't certain whether the plane had been targeted.