with guest appearance by Molly O'Malley the Llama 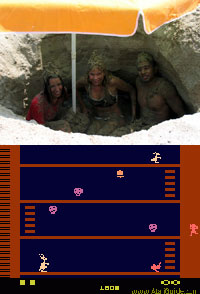 Man sues himself for vehicle damage