The Cost of Being BU 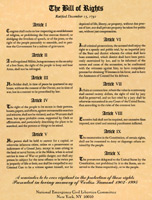 Everyone hates bills, except for the kinds with Rights written on them (in which case they pretend to love them but really hate them anyhow). The problem with monthly or periodic bills besides the way they prevent you from buying that horse ranch in Utah is that they're spread out just enough so you don't realize how much you're being nickel-and-dime'd to death. You get in the habit of writing the account number on that check and grumbling, but never really stop to think about how much it's costing you and what you're getting out of it. Today, I'm going to break down the bills of a young American middle-class worker bee to provide an object lesson in the hemorrhaging of cash. Of course, I don't yet have to worry about such insanities as day care and poopy diapers, and I won't bother with groceries and leisure, but the outcome is eye-opening, regardless.

Car Tax: $0.24 per day, $90 per year
A tiny, yet palpable rip-off. Stop taxing my little Honda and just apply a massive yuppy tax to anyone who owns an SUV but does not have 8 children or a logging job in the Alaskan tundra.

HOA Fees: $0.40 per day, $147 per year
This is just enough money to keep the street lights on and the common areas mowed, but not so much that the HOA could actually get nosy and intrude in my personal affairs. I wholeheartedly approve. This is probably the cheapest HOA fee in the metropolitan area.

Popeyes: $0.65 per day, $240 per year
My life would not be nearly as fulfilling if I didn't have Popeyes for lunch every Friday. This is a necessity in the strongest sense of the word.

Water: $0.71 per day, $260 per year
Loudoun County water tastes good and makes me lemon-fresh. I approve of this bill.

House Insurance: $0.91 per day, $333 per year
This is my kind of insurance. For less than a dollar a day I protect all my useless crap. A+

Phone Service: $1.41 per day, $514.65 per year
This amount gets me a land line, caller ID and call waiting, and is the smallest possible account type you can get with Verizon. Since I don't have a cell phone, I'd say this is worth it, if slightly expensive -- the only people who call me are my family, a couple friends, work, and an ass caravan full of telemarketers. It would probably be less expensive to just string up a tin-can-phone between the two other people I talk to regularly, and it would mean fewer imbecilic political surveys as well!

Cable Television: $1.47 per day, $536.55 per year
Since I grew up in suburbia, I equate television with a "necessary utility" but it's really not, especially at this price. I honestly can't remember the last time my television wasn't tuned to ABC, FOX, Comedy Central, Animal Planet, or the WB (since Kim is easily 42% of their viewership). With the exception of new episodes of LOST, I probably wouldn't even notice the TV was gone, and there are millions of shows on DVD to fill the void. I look forward to the day when they have à la carte programming, where you only order the channels you want, but the cable industry will probably find some way to screw that up too. If I ever fall down a well, break my typing hands, and have to cut back on my lifestyle while on disability pay, I bet this would be one of the first things to go -- and I would probably start Netflixing too.

High Speed Internet: $1.57 per day, $576 per year
After electricity (and maybe water), this is easily the most necessary of the necessities. I would probably even pay more for this. The Internet is so ingrown into my life now that it actually is a utility feature. I would not move somewhere without Internet service that's reasonably priced and has consistent quality. I hope never to have to bounce the signal off my barn and through Bessie's trough.

Trash Pickup: $0.88 per day, $324 per year
Such a rip-off. it's scientifically proven than small Asians generate less waste. Trash gets picked up twice a week (recycling once), and I barely ever have enough trash to do one pickup bimonthly. The only reason I keep it is because it would be a bigger pain in the ass taking garbage to the dump myself, and I wouldn't want to put trash in my car. 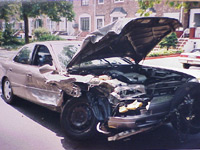 Car Insurance: $2.53 per day, $924 per year
Huge rip-off. My car's never been in an accident and most trips are the 7 miles to work and back. If stuff doesn't happen, you should really get your money back.

Electricity: $2.63 per day, $960 per year
It seems a little steep until I consider just how much stuff I have plugged in and how useful it is. In the winter the monthly bills shoot up to $120, and I thought that was horrible until my coworker mentioned that his Fairfax gas bill was $800 once. Thank the Lord for electric heat pumps.

House Tax: $8.54 per day, $3120 per year
Such a rip-off. I've never had a fire or a burglary or been rushed to the hospital in an epileptic fit from playing Warcraft too long. Plus, they said if I tried to play on the elementary school playground again during school hours I would have to register as an sex offender. I want 80% of this cash back -- the rest they are allowed to use on road improvements. 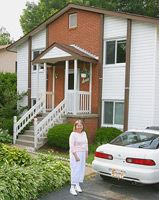 Mortgage: $46.02 per day, $16800 per year
Steep, but totally worth it. For the same price I could get a queen-sized bed at Super 8 for the night with nary a coin leftover for the escort service. Seeing this number gives me the urge to appreciate my house a little bit more though -- I probably appreciate it $38/day or maybe $40. I guess I could hug the wall or something.

Health Insurance:
I can't really count this because it comes directly out of my paycheck, and money never seen is money never spent in my opinion. I bet I pay way too much for it though.

Grand Total: $68.01 per day, $24825 per year
It is a sobering thought to realize that every hour of my time costs me $2.83. When I sleep through the night, that's twenty bucks down the drain! To help defray this cost, I will now be charging a $1/hour "social fee" to be your friend or go to parties. I will probably also favour bodily functions over social functions, because then at least I am using two out of thirteen of the above services!

Kim surfaces as a sex symbol

It wouldn't be the U.S. if they didn't acquit the hot teachers