What will happen?
John Williams is nominated for two scores this year, Munich and Geisha. I think it's about time he retired, allowing three to four young budding film composers to live on his massive salary. No one will have listened to the soundtrack for Pride and Prejudice because they were all waiting for Kiera Knightley to doff the dress, and I will automatically assume that the Brokeback score sounds stereotypically Western (because I have a degree in music which gives me the right to make such sweeping declarations), so Alberto Iglesias's score for Constant Gardener will win.


What will happen?
It's Hard Out Here for a Pimp, just because I would like them to sing a song about pimps and ho's at the Academy Awards. There is precedent, since Eminem's Lose Yourself won a few years back. In fact, I hope they make a medley performance of "It's Hard So A Pimp's Travelin' Thru Into the Deep". Where's Randy Newman this year? He should have written a song for Corpse Bridge called "It's Not Easy Being Dead But You're My Friend and I Heart You".

The Nominees:
King Kong
Memoirs of a Geisha
War of the Worlds

What will happen?
There are quite a few categories with only three nominees this year. In my opinion, they should have padded out the categories simply so the voters have more choices. Not enough sound editing choices? Let's add The Polar Express or Leon Markeson's Instructional Sign Language for the Deaf. King Kong will win, because I'm pretty sure they did not simply go to the eighty-ton ape zoo and record a real eighty-ton ape for sounds -- they had to get an actor who just plays the ape on TV. 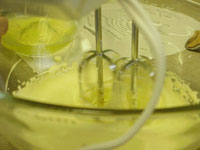 The Chronicles of Narnia: The Lion, the Witch and the Wardrobe
King Kong
Memoirs of a Geisha


What will happen?
I'd say the mixing in Walk the Line was sound. The rest of the movies had subpar mixing, or didn't even include any mixing scenes in the plot. Give us a cake-baking scene at a bare minimum!

The Nominees:
Brokeback Mountain
Capote
The Constant Gardener
A History of Violence
Munich

What will happen?
Why didn't Proof get a nod here? It was pretty damn good despite its lack of solid resolution. I'm going to take a stab at what the original source materials for each of these movies was before Hollywood distorted them into their current forms:
Donnie Darko II: Donnie reappears out of a shift in time and realizes that only sheep-herding will save the population of Wyoming.
Truman: Traces the coincidences and intersections of various people named Truman throughout history, until a biblical rain of frogs erases any reason to take the movie seriously.
The Occasional Gardener: When his wife dies in a major pharmaceutical scandal, the gardener goes on strike and refuses to fertilize the peonies.
A History of Love: Small-town man is very happy and lives a quiet existence, owning a restaurant and occasionally going bowling.
Turin: The world was not watching in 2006 as 11 American athletes failed to get gold medals at the Turin Winter Olympics. This is the story of what happened next.

Based on this, History of Violence will get the nod.

What will happen?
Squid and the Whale was NOT very good. Crash was good because of its acting and interconnections, not necessarily its screenplay. Good Night loses because of its period, and Match Point loses because a Point is like a Period. Syriana will win, because it's from the same family tree as the previously-winning Traffic.