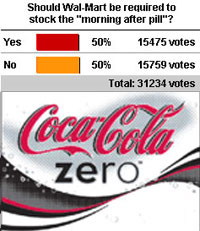 John Bolton, Washington's U.N. ambassador, tried to open his first meeting as head of the Security Council at 10 a.m. sharp on Thursday -- and was irked to find no other diplomats showed up.

Human-animal hybrids will not be allowed in HOV lanes