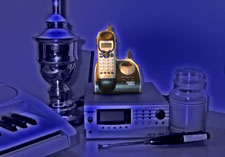 Fun things to do in bed when you're bored

What Not To Touch