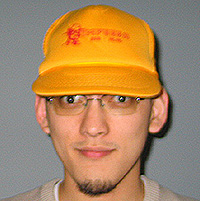 August 15, 1992: I had a Saturday afternoon art class at the Torpedo Factory in Alexandria, which I missed because I was off at Junior Leadership Camp wearing this colourful hat.

August 15, 1993: I don't have any information about this day, but I was probably at high school band camp, learning the show for Mirada and Fascinating Rhythm. I was just going into tenth grade, and my sister was a senior.

August 15, 1994: In the last of the big family vacations, the four of us took the auto-train from Virginia to Florida, and then spent a week at the various overpriced theme parks and beaches.

August 15, 1995: I had a band rehearsal in the morning, wowing impressionable freshmen with my drum major techniques, after which I biked home, practiced my conducting, made a Doom 2 level, and waited for Jack to get home from Canadian Canoe Camp to play it.

August 15, 1996: Today was the second to last day at my PEPCO internship, where I did a "full-day's work" of entering power plant ash tickets in an hour, delivered mail to the entire company in another hour, and then logged onto the Webchat Broadcasting System and chatted for the remaining six hours.

August 15, 1997: I was that (indubitably cool) guy that comes back from college to help out with the high school band, so I spent today teaching marching, having trumpet sectionals, and flirting with the new drum major. 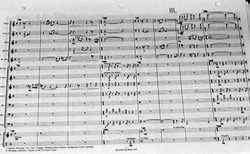 August 15, 1998: I spent all day working on the third movement of Olio

, commissioned by Joe Ehrenberger for his senior recital, and ultimately played at my own recital three years later, featuring Doobie on the tuba. In the evening, I went over to Chris Sharp's house and listened to him bitch about how much he hated high school.

August 15, 1999: I went up the street to our neighbours' (the Jarretts) house and took care of their new puppy, Bailey, while they were out of town. This mainly involved me cleaning poop and pee off the kitchen floor. In the evening I packed for a trip back to Tech, and left the next morning in the 1994 Dodge Spirit.

August 15, 2000: I was already down at Tech, having moved into Foxridge the previous weekend. Anna moved in today, and band camp started the next day.

: Anna and Emily stopped by my house to say goodbye, and then I took the auto-train to Florida once again, this time on my own and ready to wow the Florida State musical world with my awesome arrangement of Irish Washerwoman

which I edited in the rail car.

: I took care of the paperwork necessary to become a bona fide resident of Florida (necessary to get a cheaper tuition rate that more closely matched the quality of the classes I was taking).

August 15, 2003: I finished up an arrangement of Mississippi Mud

for my dad's brass quintet.

: I installed the light over my fabulous pool table.

: I went down to the BN12 lab at Skyline 7 in Bailey's Crossroad (for a different project) and sat in a freezing lab all day, watching tests run. With my lack of clearance, I wasn't allowed to touch the computer back then. Now I can toss them in the back seat and take them home to install World of Warcraft.

: Not much happened, other than the fact that I bitched about the fact that there's a new Madden game every year. Madden '08 came out yesterday, and it's clearly better than Madden '07 because the number suffix is bigger.

Accused says he was just milking the goat