where the hell did August go?

Since the last day of the month (also known as "throwaway post day") has fallen on a Friday, there will not be any Friday Fragments today. Friday Fragments is a column of highly concentrated ingenuity, much like the end result of putting MacGuyver in a moonshine still, and to use it on the last day of the month (when posts immediately roll into the archive to make way for the next month) would be a travesty on par with putting the Jim Swearingen piece anywhere other than the Intermission on your concert.

Instead, today will be a chance to stop and take stock of what I've done and where I'm going

. For anyone like Katie who was devastated to find that there would be no Fragments today, I'll even use the fragment spades to make you feel more at home.

♠ January: I cancelled my World of Warcraft account, purchased Wario Ware, the craziest game of all time, and held the First Annual Impromptu Weekday Virginia Tech Poker Night (without Doobie).

♠ February: I took a week off from work and did absolutely nothing productive (unless you call beating Zelda productive), met Rebecca, and then had a lyrics-writing contest that Doobie won.

♠ March: I renovated my kitchen and living room, became the sole contributor to the Paravia Wiki (427 pages and counting), and had people over for St. Patrick's Day Corned Beef. Doobie was not involved in this month. 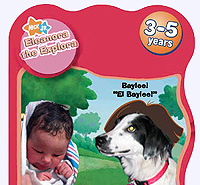 ♠ April: Anna and Ben had a baby, I remodeled my bathrooms, and watched all five seasons of Six Feet Under while Rebecca was on a cross-country road trip. Oh, and bad stuff happened at Tech.

♠ May: I invented Museday Tuesday and had two parties: one for Cinco de Mayo and one for Memorial Day. Both parties had poker games, and I won for the first time EVER.

♠ June: I went to a Wine Festival, remodeled another bathroom, was introduced to sangria, saw Bill Cosby, and went to Jack and Kristy's wedding. 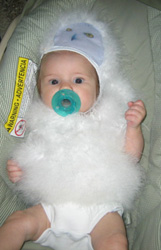 ♠ July: Ella dressed up as Hedwig for the release of Harry Potter 7, and I went camping. Surely I did more than that, but that's all I can think of with my rapidly atrophying memory.

♠ August: I helped Jamie move, bought a bike, went to a fair with llamas and piggies, and made ten fifty mile trips to Bailey's Crossroad for work, earning $26 in gas perdiem each trip. 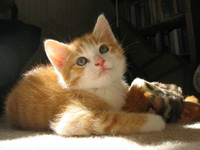 ♠ September: The greatest month of all time (because of the birthdays it contains), I will be going to Bethany Beach for a week and celebrating my 28th with steak and potatoes. Charlie the cat, 20% of my sister's Christiansburg menagerie will also be staying at my house for two months, during which I'll introduce him to the mystical wonders of the catnip. 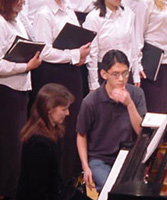 ♠ October: October will be the month for remodeling my basement, and I may also try to make a trip down to Tech on a nice, quiet Away game weekend to help Becca get wasted. If I'm lucky, there will be a crappy student recital in the Recital Salon that I can turn pages for too.

♠ November: November, as always, is the Month of Thanksgivings, where I have a Thanksgiving Dinner every single weekend. Like last year, there will be a guest appearance by Paige of Spain, but she's only coming because her Wii in Spain is too far from the Internet hookup to download classic games and she wants to steal mine. The Passport Office might even have finished my passport by now.

♠ December: I'll be going to see Avenue Q at the National Theatre on December 2 and then spend the rest of the month wondering what the point of eggnog is. At the end of the month, when my leave pool is bursting at the seams with my three hundred plus hours, I'll sell some back for a hefty price, and then use the check with the "much less hefty because of taxes" payback to buy Christmas presents for everyone. I'm thinking live matching penguins for all my friends.

Happy Birthday to Don Linn on Sunday! Remember that there will not be a web site update on Monday, because it's a holiday and the only holidays I work for sound like Kermit and teach about symphonies.

No wonder that water bill was so high