useless filler, not unlike the hour of TV on ABC before LOST comes on

♠ Today is the last day of work for my old project manager. On the positive side, it bumps me up in the food chain to a Technical Lead again (two slots away from Despot), but the downside is that I'll probably spend more time commuting to the Skyline office in Bailey's Crossroad until they hire a new onsite liaison. I've already gone twice in the past week, which is almost as much as I went in all of 2004.

♠ I've been up to my neck in work this week, which is quite a bit of work when you're as tall as I am. As a result, I haven't had as much time to devote to things like coming up with ingenious puns for this website or feeding a hungry Manilan boy to a tiger for just pennies a day. 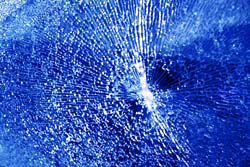 ♠ Yesterday morning, while hard at work in my office, the window looking into the computer lab around the corner spontaneously shattered, and spent the next two hours fracturing into spider webs inside of its frame. No one was around, but the cracks had a center-point, so maybe there is an office poltergeist chucking paperweights at things, much like the plot of The Headless Cupid by Zilpha Keatley Sndyer.

♠ I've almost completed my ongoing repurchasing of "favourite childhood books accidentally donated to the library". There are only seven books remaining:

♠ Normally I would buy these immediately (because I am three parts Korean and one part yuppy), but I am not allowed to purchase anything between August 1 and my birthday on September 15, because I always end up buying whatever Anna bought me and then she gets mad and throws the baby at the dog.

♠ Some other items in my shopping cart at the moment: the first season of Heroes, the second season of Prison Break, KT Tunstall's new CD, Drastic Fantastic, and Masters of Fantasy by Bill Fawcett. I promise I won't buy any of this until the 16th. 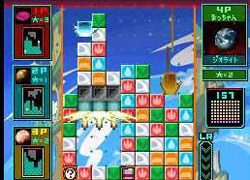 ♠ My list of things to review is starting to overflow -- one of these days I'll need to do a bloated behemoth of a Review Day update to cover the movies, You, Me and Dupree, Pan's Labyrinth, batteries not included, and Die Hard 4, the TV series, Freaks and Geeks, a Gameboy game, Meteos, my trip in June to see Bill Cosby at Wolf Trap, and assorted CDs by Gemma Hayes and The Darkness. Alternately, I'll just let enough time pass for things to become long forgotten, much like I did when I said Kathy and Mike could write a guest entry in 2004, and when I solicited suggestions from everyone in January of this year. I'm pretty sneaky like that.

♠ This weekend, I don't have any major plans, but I'll probably work some on both Saturday and Sunday so I can get some things done without fear of the disruptions and distractions that often come up when you try to work at work. Next week will be more of the same, but in three weeks' time, I'll be using some of my million hours of leave to go to one of those so-called "beaches" in Delaware. Hopefully, I'll get to see a wind turbine

Snakes don't want to get some hot tail

Smokers drag down a workplace