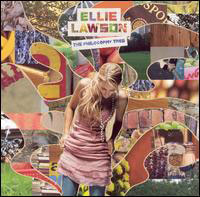 I generally keep a stash of CDs in the car for those occasions when I'm not in the mood for anything on XM Radio (or when Ted Kelly is reciting the complete UPOP Station Slogan on-air for the fifth time in five minutes in case we've forgotten that we're listening to the Pop Heard Around the World, With Global Hits from Coast to Coast in America and on Worldspace Shut The Hell Up and Play the Damn Songs Amen).

One way to determine the strength of an album is to put it in this car stash and see how long it takes before I get so sick of it that it must be rotated out. So far, the four longest-surviving albums in my Car Challenge are: Absolution - Muse, Long Gone Before Daylight - The Cardigans, Eye to the Telescope - KT Tunstall, and Once More With Feeling - The Tonight Show Band. With my recent purchase of Philosophy Tree by Ellie Lawson, I may have discovered another contender.

Ellie Lawson is a UK artist with a voice like a melodic rubber band. Her CD is a mix of acoustic guitar with electronica accompaniment, and some hip-hop dabblings with drum tracks. She occasionally suffers from "pad my CD with too many repeats of the chorus" syndrome, but there's only one really annoying instance (Track 4). If you took Jem and Natasha Bedingfield (and maybe the least annoying bits of Alanis Morisette) and discarded the chaff, you would end up with her music. Below are MP3 samples from some of the tracks on the album (with intentionally reduced sound quality):

This is the song I heard on the radio that got me intrigued enough to buy the CD. It suffers a bit from too much chorus repetition at the end, but a quick snip of a few phrases when I loaded it on my computer solved that problem pretty quickly (kind of like a musical vasectomy).

This song's starting to get more air time -- it's got a nice rhythmic pulse and a pleasant mood to it. Track 3 has much of the same feeling to it.

A well-constructed but ridiculously overwrought pop song that could have been done by any old artist. I have the same issue here as I had with Mika -- I like a good pop song, but when I'm listening to a unique-sounding artist, I want to hear their unique take on the pop song. Nonetheless, your younger siblings are probably going to dance to this song at their prom.

This is a transitory song between the first half of the CD (which is more melodic) and the second, more-rhythmic half (not to mention that the hip-hop beats would sound ridiculous directly after Track 5). The introduction is obviously designed so freshman sightsingers can learn about suspensions. I like the song though. 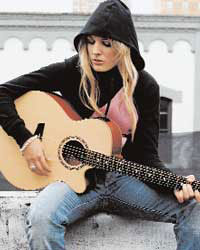 Track 8 is probably my favourite track, because it's got a strong sense of pacing and orchestration, and blends her recitation skils with her vocal acrobatics. Most of the second half of this CD includes sections of British rapping, which is always fun to listen to.

This song is pretty catchy, and would rate considerably higher if it didn't include the sound of a police siren -- that's just impolite to people listening in the car. The Charlatans UK were guilty of this on Sympatico too.

This is a very Jem-esque song (with a dash of Lily Allen), but the distinctive timbre of Lawson's voice gives it a little something extra. It's almost a musical representation of a person skipping around.

The final track is my second favourite, and is a good blend of all her talents.

Bottom Line: It's a fun, well-conceived CD that's quickly becoming one of my favourites, and is especially worth its price: this CD is a $15 exclusive from Barnes and Noble (a.k.a. the most expensive bookstore on Earth that no one orders from), which means that you should do like I did and order it (brand new) off of Amazon Marketplace for five bucks (shipping included). What do you think? Share your thoughts in the Comments section!

Carnivore Sex is off the table

Senator is a Level 70 Dwarf Priest