For three years in elementary school, my sister and I attended day care every morning from 7 to 8:30 and every evening from 3:00 to 5:00. This wasn't today's version of day care that costs more than a semester of college and lasts all day with "child care professionals" -- instead, it was merely a holding pen for kids whose parents' work schedule didn't sync up with the school schedule, run for minimum wage by the least-qualified workers in the day care industry. You could probably pool the child-care knowledge of all three ladies in charge (who probably wrote "able to procreate" under job experience) and responsibly care for 3/8ths of a child.

Day care took place in the cafeteria, a high-ceilinged rectangular room that was half round tables and half long tables. On the first morning that my sister and I were dropped off, we claimed a round table and talked about school. Soon after, a crybaby third grader (who was coming to day care for the first time as well) sat down at another table and bawled because his parents had left. The woman-in-charge decided to stop the crying by ordering me to switch tables and play with this clown. As a result, she went from having one cryer to three -- I was crying because I had been separated from the only person I knew there, my sister was crying because we had been split up, and the snotty-nosed one contined to cry because he didn't want to play with me. This essentially sums up the day care experience. 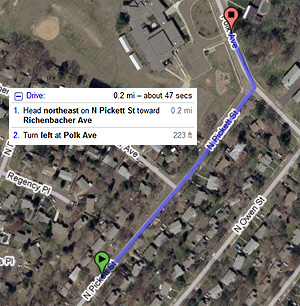 The next year, my sister made friends with Rikki Jarrett (the same Jarretts whose dogs I took care off -- first Rusty the chihuahua and then Bailey the poopy puppy) who lived six houses closer to the school than we did. Her mom decided that she would drive us up to day care everyday, so my sister and I would walk the fifty yards to their house and then get a ride for the last (most arduous) 0.2 miles. My sister and her friend would ultimately drift apart, probably for some ridiculous teenage drama reason in seventh grade.

There really wasn't much to do in day care. More students attended the afternoon session, but that just resulted in more arguments over who got to play the single raggedy-assed copy of Candyland. The only fun toy in the closet was a poor man's air hockey table, a wooden structure that you played with a checker and two pencils -- I liked this so much that I asked my dad to build one at home, and got many hours of entertainment out of it. One month, my friend, Judd Gatch, procured a roll of shelf paper, and we proceeded to draw the world's longest maze, measuring roughly eight inches by twenty five feet. He moved soon after, and took my brilliant maze work with him.

Besides these toys and the occasional trip to the playground, the women in charge were at a loss for ways of keeping us entertained, a situation exacerbated by the fact that you really didn't get homework in those years. During one of the last Christmases I was in day care, they decided to hold a Christmas variety show for all the parents, part of which involved a production of The Three Little Pigs, using cardboard houses spray-painted by James Houck's dad to look like bricks and straw. I was the third pig, because Asians would never build a straw house when there are predators with the lung capacity of Arnold Jacobs around. 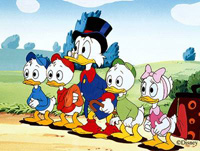 If day care taught me anything, it was that school-sponsored activities were the way out. By my final years of elementary school, I was making icepacks for the nurse in the morning, and doing gymnastics in the afternoons. This went on until it was no longer cost-effective to remain in day care -- by the fifth grade, I was watched over by my seventh grade sister at home, where we smoked crack and watched Duck Tales every day at 4:00.

You see powder connected by arrows and chalk, you never know, [...] It could be a terrorist, it could be something more serious.