the DeLorean of fragment-based columns

♠ I have the day off today and you don't. Happy Friday.

♠ As I was charging to my Leave account this morning (a grand total of -2 Hours since I worked extra last week), I noticed that I currently have 296 Hours of Leave saved up -- this means that I could ostensibly take seven full weeks off from work and backpack across Europe. Alternately, I could sell it all back and buy a Winnebago (Fully equipped, big kitchen, water bed . . . AM-FM, CD, microwave). I always intend to use up more vacation time, but whenever I get around to charging, it seems like I've worked enough hours to cover the deficit. 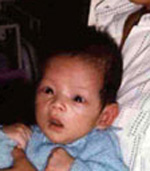 ♠ Speaking of backpacking across Europe, I submitted all the paperwork for my passport on Tuesday, which means I'll be able to go visit Paige in Spain (she falls mainly on the plain) next year. A trip of this magnitude would mark the first time since my highly-anticipated arrival in 1980 that I've left the North American continent.

♠ I had to submit my Certificate of Naturalization with my passport application, so until it gets returned, I have no recourse should I accidentally get deported in one of northern Virginia's daily immigrant roundups. If you get advance word of such a round-up coming to my heavily Latino neighbourhood, please send me an email so I can hide.

♠ This week, I also purged a decade's worth of email from my hard drive -- no mean feat for a packrat such as myself. I figured I would never again need the complete record of messages I sent out to the MV Trumpets Listserv (since 90% were either "Trumpet football at 4 PM on Sunday" or "First Trumpets stop adding high notes") or Dr. Sochinski's complete lecture notes for HAMS class (even if they did allow me to ace the FSU entrance exams with little to no studying). Here are two random quotes I found amusing while cleaning out my (mail) closet: 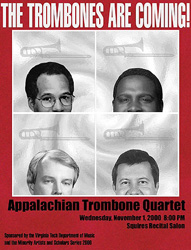 ♠ "Since this is a diversity-funded project, please highlight Keith's (upper left) African-American heritage by darkening the skin tone just a little." -- notes on the draft of a promotional poster I made at Virginia Tech

♠ "It's a hell of a lot better than the stuff composed by a guy I know who's a doctoral student in composition at Rice. He's trying to make a go of it in composition because, well, he doesn't have any other real skills." -- feedback about one of my songs from a girl I knew in high school

♠ I would like to warn the audience that nested fragments, which are utilized above, are incredibly dangerous, and should only be used by accomplished Friday Fragments experts.

♠ You may have also noticed that the little icon for a fragment is now a Spade rather than the Club it was in 2006. This is because my membership expired.

♠ Yesterday, I used my Costco membership to stock up on beer for the visit of Mike and Jamie (who arrived late last night, and who will stay through the weekend). They made the thirteen hour trip up from Florida in a single day, and called me enroute from Halifax, a city I've never heard of. I had to look it up on Google Maps. 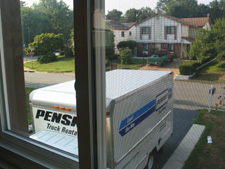 ♠ If you haven't used Google Maps recently, you'll be interested to know that they have a new feature that lets you pick the roads you want to take. Simply plot your location and destination, then drag the blue line between them with your mouse. In this manner, you can favour one road over another. This is the reason why Google will take over the world -- they know exactly how to make things useful! 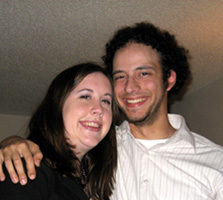 ♠ This weekend, I'll be helping Mike move Jamie into a posh apartment in D.C. It will mark my second trip to D.C. in a single week, since Rebecca and I met up with some of her friends for D.C. Restaurant Week on Wednesday at Georgia Brown's (the Orange Studded Chocolate Mousse Bombs were tasty). After moving day, there will be a very special edition of Poker Night, where the titans of the South (a.k.a. Mike and Jamie of Tallahassee) will battle the titans of the fake North (a.k.a. a rotation of my regular poker players in Northern Virginia) in a fight to the finish.

Update on 4Real: Now his name is Superman