leading the fight against teenage rickets since 2006

♣ Time has just flown by this week. In a season where I'm working as much on the weekends as the weekdays, the best milestone of passing time is the writing of this weekly column. To recap: I made a meal for seven, came in fourth out of five in poker, read Expert Spring MVC and Spring WebFlow cover to cover, gave a demonstration of our project to a room brimming with corporate suits like an outlet sale at Big and Tall, taught a lesson on Best Practices and Design Patterns in Java, nursed a sick Burmese python back to health, attended a sales pitch for performance management software in exchange for free pizza, and prepared my notes for today's lesson, Web Development in Java. Can you pick out the lie?

♣ My dad also came out this week and painted my back deck New England Brick, a warm colour that doesn't quite have the humorous shade of PUFFIN BAY GREY. Tragically, yesterday's tornado watch and accompanying monsoon hit the deck so hard that patches of the paint became stripped away like panties at a Yanni concert.

♣ I actually own a Yanni CD, because the Marching Virginians played Santorini on the field in 1998. It seems like such a strange way to open a halftime show, but it did prove a critical marching band theorem: a hypothetical drunk band member will march equally horribly to a song in 7/4 as they will to a song in 4/4. The bottom line? Don't bother with a stupid time signature when the net visual effect will be the same.

♣ I find it amusing that over three quarters of the people you might meet in a marching band are so lacking in natural rhythm and tempo that they don't understand the concept of left foot on one and three, and right foot on two and four. They should create a Dancing With the Stars: Marching Band Edition that pairs mellophone players with real life dancers. I'm not saying that I'd watch it, but I would definitely tune in for the last five minutes (since that's when I turn the TV on for LOST). 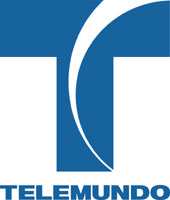 ♣ For a guy that pays $45 a month for cable, I watch a ridiculously low amount of TV. Yet, I will probably never cancel it. I know that I'd regret it the first time I decided to have a Hokie football party and didn't have ESPN, or the first time I started dating an illegal immigrant from El Salvador and the lack of Telemundo was a deal breaker.

. Apparently Arlington is the marriage scam capital of the East Coast because you can get married with no wait on the same day. You'd think that would be a bigger threat to the institution of marriage than that silly same-sex amendment on last electon's state ballot.

♣ Speaking of dirty foreigners, my expat friend from college is coming to visit this weekend from Spain and will be staying at my place for a few days. There will not be any marriage scams involved since she's already married, but she will be around long enough to eat the local cuisine at Round Two of my "Month of Holiday Dinners" dinners. It's been four years since I saw her so we should have a rip-roaring good time.

♣ Next week's updates may be sporadic because of the holidays and whatnot, but I guarantee you'll get at least three of the five days. Check in daily and you might win a $50 gift certificate to Lionel Kiddie City!

In this competition, you can't check out her guns