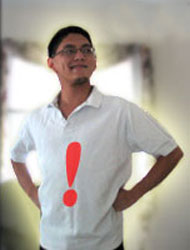 If you were involved in a macabre industrial accident involving a smuggled load of uranium isotopes in a U-Haul and a tanker truck full of Tequiza, and you woke up the next morning with an incredible superhero power, what would it be? How would it be kryptonitically tempered to be just mildly outrageous instead of shamaistically imbalanced?

I wouldn't want the usual choices of flying or superhuman strength -- though fun, they seem somewhat useless in daily life, and I bet the novelty would wear off pretty quickly. Instead, I would have the ability to stop time for everyone and everything around me. Walking down the street and someone happens to throw a baby off a balcony? No sweat -- just stop time when the baby's near the ground, grab it, and start time up again. I could stop time to take a nap in the middle of work or play pranks on people by swiping their pants. I'd never have to worry about deadlines again, since a last-minute effort would take as long as I wanted it to take.

To balance out my super power, I would age twice as fast while time was stopped. If I abused the power too much, or used it to catch up on the ROOTS miniseries, I'd eventually turn into a senile old man while everyone around me aged normally. I suppose I'd have to have a superhero name as well, like Freeze Frame or Time Bandit.

Audience participation time: What would your superhero power be? What would be your weakness?

Single pixel cameras on the way

Little girl tries to steal Legos with a knife