New Zealand students may use text-speech on exams

New Zealand's high school students will be able to use "text-speak" -- the mobile phone text message language beloved of teenagers -- in national exams this year, officials said. New Zealand's Qualifications Authority said Friday that it still strongly discourages students from using anything other than full English, but that credit will be given if the answer "clearly shows the required understanding," even if it contains text-speak. 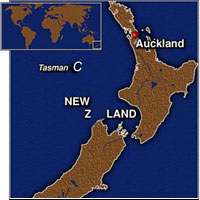 I think they're fooling themselves if they really believe that the teacher base will be able to grade and understand text-speak just as quickly as plain English. Allowing online abbreviations in exams also destroys the lifelong student tradition of padding the length of essays through a clever mix of synonyms, prepositional phrases and 1.0001 inch margins -- where's the fun in that? To ease the transition into a completely chaotic miasma of communication, the Authority published a list of twenty-five rules for which there will be no Xceptions. Here are some examples:

Candidate gets no votes -- but he voted for himself

Randy Wooten figured he would get at least one vote in his bid for mayor of this town of 80 people -- even if it was just his own. He did not. Now he has to decide whether to file a formal protest. Wooten got the news from his wife, Roxanne, who went to City Hall on Wednesday to see the election results. "She saw my name with zero votes by it. She came home and asked me if I had voted for myself or not. I told her I did," said Wooten, owner of a local bar.

This woeful tale of small-town drama has an unexpected twist: the wife apparently didn't think anything was amiss until she talked to her husband, which means that obviously she didn't vote for him either. No doubt someone was in the doghouse that night!