A weekly column which eliminates any need for coherency 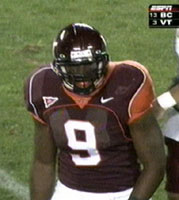 Peppin said that, seen on the X-ray, the cookie resembled organic material that could be a raw component of a homemade bomb.

It looked like cracked pepper at the time. But it had a real strong odor ... a foul odor.

If he succeeds, it will be his crowning acheivement - doubly impressive since he clearly didn't get Claudia Schiffer up the duff despite his legendary powers.