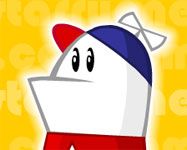 On an unrelated note (like a flat four in a diatonic key), my car broke 40,000 miles as I rolled into work yesterday morning. My mileage was ridiculously low in Florida when I drove it once a week to Walmart to buy pizzas, but now that I am both a Northern Virginia driver and a social butterfly, I'm abusing it to no end.

The bear fled the scene after the collision.