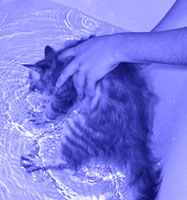 My column on effective cat grooming using only a bellows and a half pint of grapefruit juice will be temporarily postponed, as I was tagged yesterday by Kim

to "List 5 things people might not know about you". Tags are a very serious deal in the blog world for two reasons:

So without further prognostication, here are five things you might not know about me!

. By now he's beaten every Flash game on the Internet and needs something to occupy his telecommuting days. In addition, I also tag every single person who reads this page today, lurkers included. Please post 2 things I don't already know about you in the Comments section! If you have already been tagged, I'm giving you a discount -- you only have to write one thing. If you do not write something, you are officially a rat fink, and you will not receive the Amazon.com gift certificates I give to all regular readers next August for this site's tenth anniversary.

Make sure you pay your fire tax

Yesterday's search terms:
marching virginian trumpets, i bought my world of warcraft cds from ebay india, who can redo my felt top on my pool table in miami florida, welcome back cake