A Waste of Money

The noble Rip-Off: life's way of teaching you the value of your money, or reminding you that you have far too much disposable income. We've all made purchases in our lifetime that we immediately regretted, usually because they didn't live up to the hype and expense. Other times it's just impatience -- you knew there was a water fountain at the end of the ride, but you went and bought that eight dollar Dixie cup of Dr. Thunder in Disney World anyhow.

I remember being a kid at Christmas, hyped up for the latest super toy only to find out that it pretty much sucked. The mentality of a kid at that point of realization has two stages: first comes intense disappointment, followed by a stubborn determination to continue playing with said toy (It looked like more fun in the commercial! I must not be playing with it right. Maybe it gets more fun if I keep playing with it. At least I should play with it long enough to get my parents' money's worth. See, it's fun now, isn't it? Smile).

Here are three outrageous rip-offs from my own past. Share your own in the comments section! 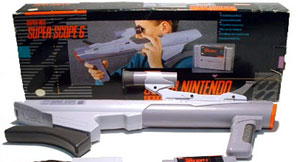 The Super Scope
Everyone in the 80s was familiar with the Nintendo Zapper -- the light gun that allowed you to shoot birds in Duck Hunt, or in my case, made the cartoon dog laugh continuously at all my misses. When the Super Nintendo came out, it was only logical that Nintendo would create a new light gun for the new system.

What they ended up with was an over-the-shoulder-boulder-launcher that consumed six AA batteries every four hours and caused acute tendonitis. In the entire time I owned it, there were only two games made for it (there may have been more after it was relegated to the dustbin). One came with the gun and was called Super Scope 6 -- a peculiar name for a cartridge that had only 2 mini-games on it. The other, Battle Clash involved shooting at big boss robots on the screen. After nine robots, the game was over. I do believe both games had been beaten in the first twelve hours of ownership. 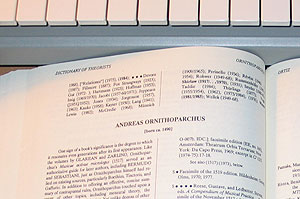 Music Theory from Zarlino to Schenker: A Bibliography and Guide
It's like a three pound birdwatcher's guide to dead music theorists (a theorist is a "one-off" from a composer -- the latter writes the music while the former makes up some rules and tries to fit the music into them. Meanwhile the "two-off" musicologist is writing about how people felt when they read about the rules). Because Tallahassee is not a particularly cultural town, I paid $85 for this textbook at the only music store in town. They accepted no returns, and I opened the book maybe four times in an entire semester.

Now in general, compendiums are useful and interesting because there's so much information in one place. However, opening up this tome reveals no centerfolds of dead sexy theorists (your choice as to whether that phrase has one or two adjectives) and no Junior Jumble of fun facts and torrid romances from their lives. Instead you get a brief biography with important terms in CAPS and a list of other sources to search for real information. This could be the start of the worst treasure hunt ever -- at least in Zelda when they say, "I wonder why he told us to follow him. Maybe we should follow him!" you can expect a couple rupees for your troubles if you decide to follow him. 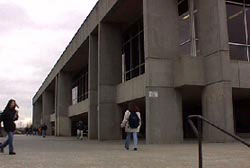 Virginia Tech Three-Meal Dining Plan
The bane of college freshmen everywhere, this meal plan seems so reasonable at first glance. You get three square meals a day, all-you-can-eat, and don't have to worry about the dollar value of any particular entrée you get. Sure it's expensive, but your parents can trust that you'll eat healthily (according to the daily allowance pyramid scheme) and won't run out of meals accidentally before the end of the term.

Then, you get to college and realize that no one in their right mind has the time or inclination to eat three meals a day, and that the "all-you-can-eat" label is misleading because the meals are offered at the worst dining halls on campus. I'd sooner listen to Katie Melua sing Nine Million Bicycles ten million times than eat another meal at Dietrick (the old Dietrick, not the new multicultural international cuisine version of '04). By the end of the first semester, I'd used maybe 60% of the meals. Meal plans aren't like minutes or leave time -- whatever is left at the end of the term gets swallowed up, never to be seen again.

(Today is also 12 of 12. Mine will be posted tomorrow. You should participate!)

"I just thought it wasn't very, like, clean," he said.

Get her some sweat for Valentine's Day

Man mistakes diver for some animal he just made up