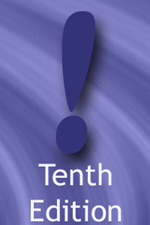 This is the inaugural news update for the Tenth Edition of the URI! Zone. From its humble beginnings as the URI! Domain at buri.campus.vt.edu on August 30, 1996, the Zone has grown to epic proportions, now serving as a multinational hub for over seventeen million Internet visitors from eleven countries and twelve major continents.

If you are a regular visitor, you will discover several subtle changes in this new Edition: