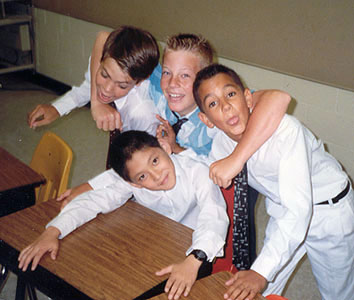 In 1990, I was 10 going on 11 and finishing off my final year at James K. Polk Elementary School. The curriculum this year was pretty nondescript, ranging from boring World History focused mostly on Mesopotamia, to science terrariums full of aphids that always died because there was too much mold on the basement level of the school. Besides playing cornet in the band, my claim to fame was being the special safety patrol in charge of the school entrance next to the kindergarten classes. I got to stay out for five extra minutes after the first bell and left class five minutes early to make sure that anxious parents could pick up their tots. This was before the days of total school lockdown, so honestly, I pretty much just let anyone at all in.

My best friend this year was named Daniel but unfortunately he moved away just after the school year ended. He remains one of the few people I've written actual letters to, complete with stamps and handwritten envelopes. Just before he left, he had a birthday / going away party at the local Go Kart track. The staff was skeptical about letting someone as small as I was drive alone, and after getting stuck on the tire walls twice, they drove me back and told me to wait in the arcade. 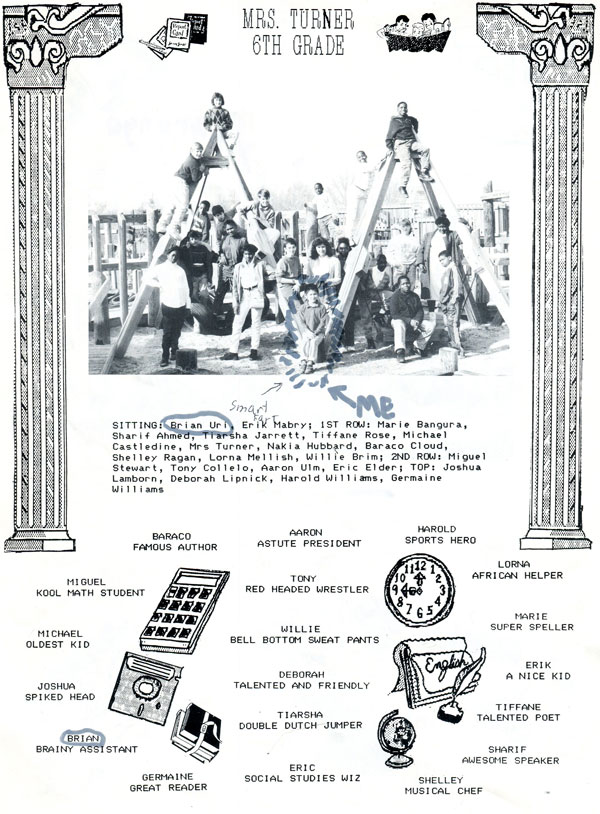 Also at the end of this school year, the game Ultima VI came out and I spent most of the summer designing tile-based RPG maps of the worlds in my imagination, with names like Replocian and New Storia. I even brought the game with my on our multi-week trip to visit the Uri clan in Henderson, Nevada, but no one there had a computer with an EGA graphics card. Spending time with our Uri cousins was fun, but we didn't really fit very well. I was a very arrogant know-it-all that got on everyone's nerves. I also took the opportunity to earn all of the farm-related Boy Scout merit badges, merely by virtue of the fact that my Uncle agreed to be considered a "merit badge counselor". I didn't actually do much Rabbit Raising, but I gathered a ton of goose eggs. 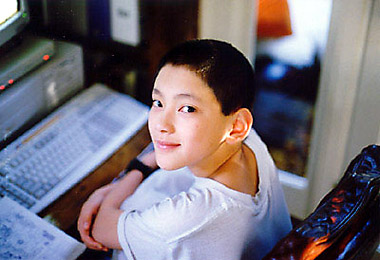