To compensate for the paucity of 1982 documentation, 1983 featured an explosion of childhood photos, all carefully developed in the darkroom my dad had built in our basement. I started the year as a 3 year old, and some of my clearest early memories involved me scaling out of my deathtrap 70s crib with the collapsible guillotine sides and heading downstairs on Saturday mornings to watch Scooby Doo. Around 8:30, we would then go with my dad to Shopper's Food Warehouse on Little River Turnpike for cheap groceries (in the years before the weekly Saturday Costco trip pushed the Shoppers trip earlier) followed by a trip to the "used bread store" where we bought just expired loafs at a discount -- not because we were poor, but just because my dad was an economist. 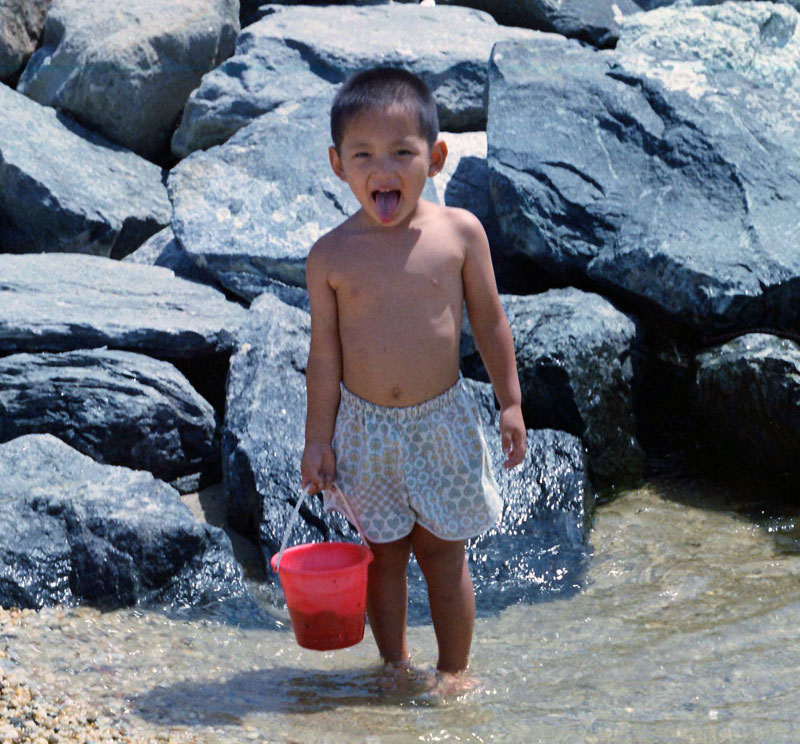 Sunday was generally some kind of day trip, hitting every park or historical site in Virginia, Maryland, and southern Pennsylvania. We would pile into a tiny Chevy Citation (license plate XVX-881) whose trunk always smelled like coffee, because that's where my parents tossed their tan travel mugs on the way home. My parents would both wear goofy cloth sun hats, and we would always stop at the black and white historical signs along the side of the road to see what happened there. We would also hit 7-11, where my dad would fill up a Big Gulp, drink it, and then fill it up again before leaving. We were not allowed to buy snacks because "it was cheaper to buy big bags at the grocery store", but I did regularly collect trading cards from The Dark Crystal, and was only 2 cards away from completion (out of about 150) before losing interest.

When the weekend came to an end, I would spend the day at our babysitter's apartment in Mayflower Square. Rosa would keep an eye on me all day long while my sister was bussed across town to Jefferson Houston for first grade (our initial district was based on the babysitter's house, so James K. Polk Elementary School does not enter the story for another two years). We would get dropped off at 6 in the morning and Rosa would order us to "sleep or be quiet" so she could get another hour of sleep herself. I remember most of my days being a pretty boring wait for Ellen to get home from school, along with Rosa's kids, Henry and Felipe. (1984 would be a more enjoyable year because He-Man had been released, and I would bring a daily grocery bag of He-Man action figures along with me). My dad would then pick us up around 4:30 and take us home for a dad-dinner featuring something cooked in the microwave or something boiled on the stove. My mom worked later, usually arriving home by 7 (both had what they referred to as GGJs, or Good Government Jobs, in DC). She would put us to bed with songs or read-alongs from a childrens' Bible.

On our left lived the Malones, a retired couple who once tried to hire my dad as a yard worker after he performed some neighbourly fix-it task for them without being asked, and on our right, the Faragassos replaced the Fishers as the "other family with kids". We also sometimes played with a boy named Tony from down the court, but he was banned after inciting us to throw rocks at windows. 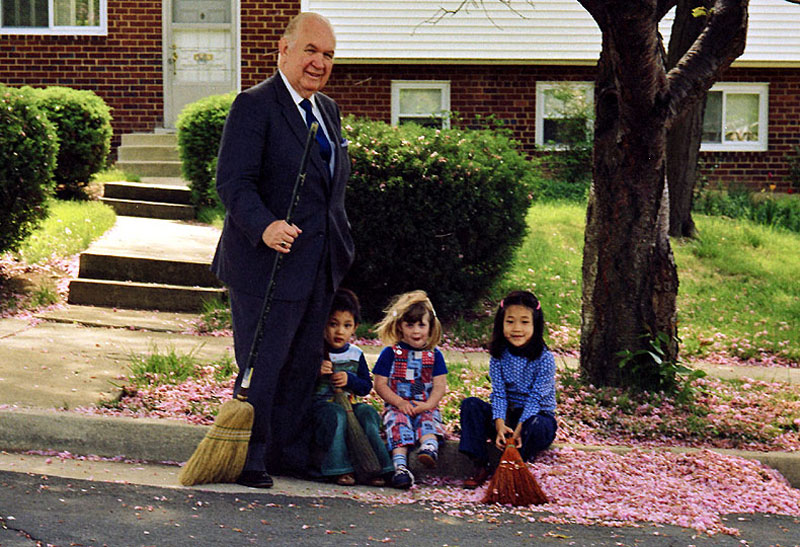 I enjoyed digging for hours in the dirtpile behind our house, where the sun couldn't reach well enough to plant grass. Coincidentally, my favourite stuffed animal was Digger of the Shirt Tales. Digger still lives in my basement today, resembling a veritable Petri dish of dust, mold, and childhood snot.