Apart from being the fabulous setting of the second season of Fargo, 1979 marks the first year that a BU existed in the world. My parents always knew that they wanted to adopt a second child that would outshine the older sister in the number of As and merit badges earned. It would take almost two full years from the time that my dad wrote this letter for their order to be fulfilled, packed, and delivered: 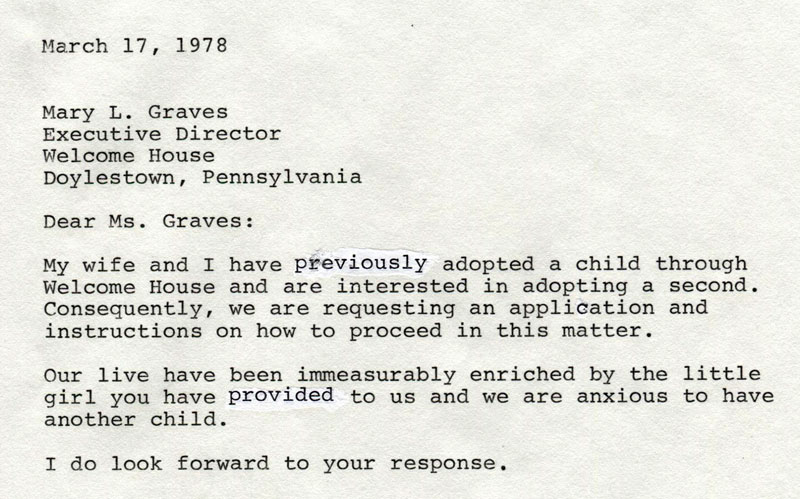 Based on the thick packet of evidence in my possession, the adoption process (through a now defunct organization called Welcome House) was a tedious, expensive process full of bureaucracy, misplaced paperwork, and letters arriving weeks later after being dashed off on a typewriter. My parents would ultimately get lucky when I was abandoned at the Wooie Police Station in Seoul on September 15 and transferred into the care of Korea Social Services. I was given the name Soon Bok Yoon, which sounds DELICIOUS. 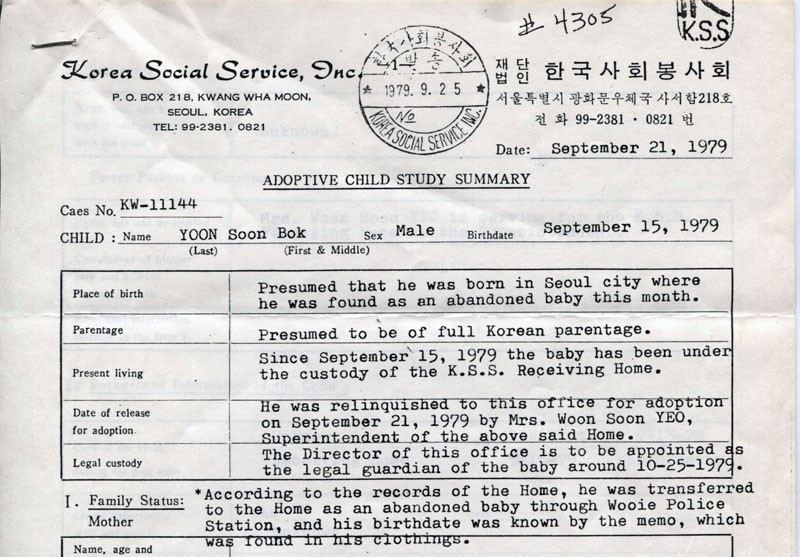 I spent the first three months of my life in an orphanage at 533-3, Ssangmun-dong, Seoul, South Korea, a location that currently resolves to a demolished building on Google Earth. I have no memories of this time, but the staff sent a few pictures of me to my future parents:

Based on its appearance, I presume that the stuffed animal was a superhero duck named "Bruises Easily". It did not accompany me on my journey to the US. There is also a creepy lock of hair in my file folder of adoption papers. I presume that the staff sent it along in advance so my parents could prep a voodoo doll in case I behaved badly. If I die in a freak volcano incident, you are welcome to use this old hair to reconstitute a clone of me like Dolly the Sheep.

Meanwhile, my sister, Ellen, was 3 years old and living the only-child lifestyle in the house on Pickett Street in Alexandria. The paperwork churned inexorably forward like a season of Bloodline played at half speed, so I did not get to meet my future parents until the 1980s were underway.