This picture was taken 27 years ago in September 1990. 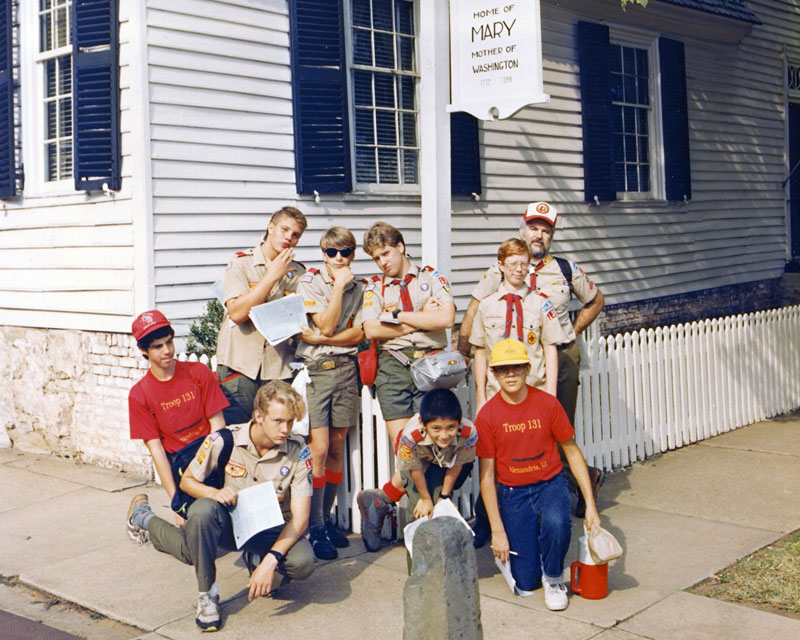 One of our elder scout leaders owned land in Spotsylvania where we were allowed to camp once every month. Sometimes, these trips involved a side tour of nearby Fredericksburg where we learned boring facts about the Civil War.

I'm obviously ducking down so I don't block any of the short people in the back row. I'm also wearing my prized possession -- a laminated shark's tooth that eventually shattered after one too many uses as a hopskotch token.