In 1988, I was 8 going on 9 and finishing out a successful 4th grade year. We had our first Family Life class, where all the boys went with Mr. Cmiel to learn about the vas deferens while all of the girls went next door with Mrs. Sharkey. At recess, our favorite game was to fill the tire swing with as many kids as possible and push it as high as possible until the inevitable bloody nose when kids fell out at the highest point. Our favorite game after they took down the tire swing was finding bumblebees pollinating dandelions and kicking them as hard as possible (we probably accelerated the eventual extinction of bees by thirty years). I also had my first crush on my childhood friend, Jennie, although I never did anything about it.

Over the summer, we were babysat during the day by the mean lunch lady, who was actually very nice outside of school. She pretty much let us run amok in the Winkler Botanical Preserve which backed up to her apartment in the Hamlets (even though we weren't technically allowed to be out unsupervised).

In the fall, my sister matriculated up to 7th grade in Junior High and I started 5th grade in Mr. Ferris' class. He was a no-nonsense teacher who gave out 250-word punishment essays if you talked when you weren't supposed to (after a couple warnings and tics on the blackboard). I got exactly two punishments in my tenure but probably deserved many more for being a smartass. 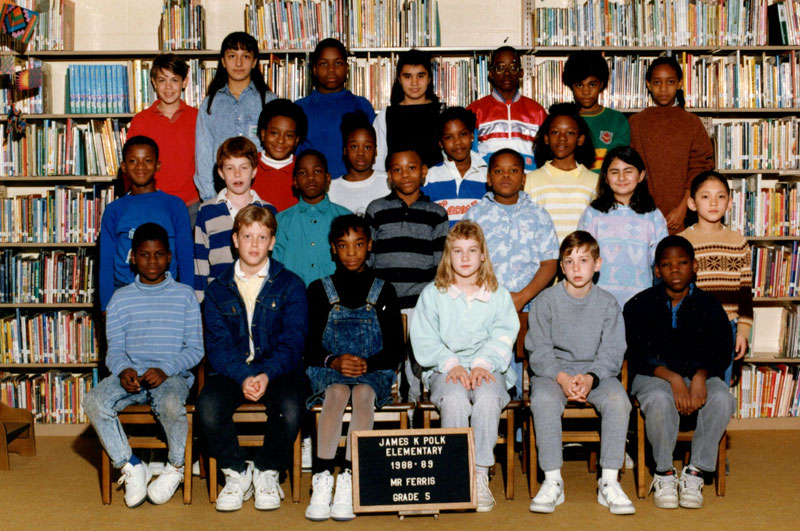 My obsession at the time was to create my own mazes that I could DM people through during the ever-popular "lunch maze" session. Because of my internship with mean lunch lady (Ms. Skelly) over the summer, I had a prime spot at the "good" table, where we were allowed to talk even when the loudness traffic light turned red.

In gym, I sucked at everything on the Presidental Physical Fitness Exam except for Sit N' Reach, for which I was in the 100th percentile. I also started playing cornet in the band (because my hands were too tiny for a trumpet) which got me in trouble with my science teacher whose class I missed once a week to go to band. She was an ornery old lady that actually called my mom to inform her that I was missing too many classes and didn't deserve the A I was earning.

For a look at my social circle, here's the (previously-posted) video of my 9th birthday party.