Having spent 1979 in a Korean orphanage, I was finally on my way to the States in January of 1980. Issued a temporary passport which listed my job as "None" (they would never accept a layabout these days) and identified no Visible Peculiarities. My weight was also unlisted, probably because of natural fluctuations -- I had put on a little holiday weight that I had not yet shed. 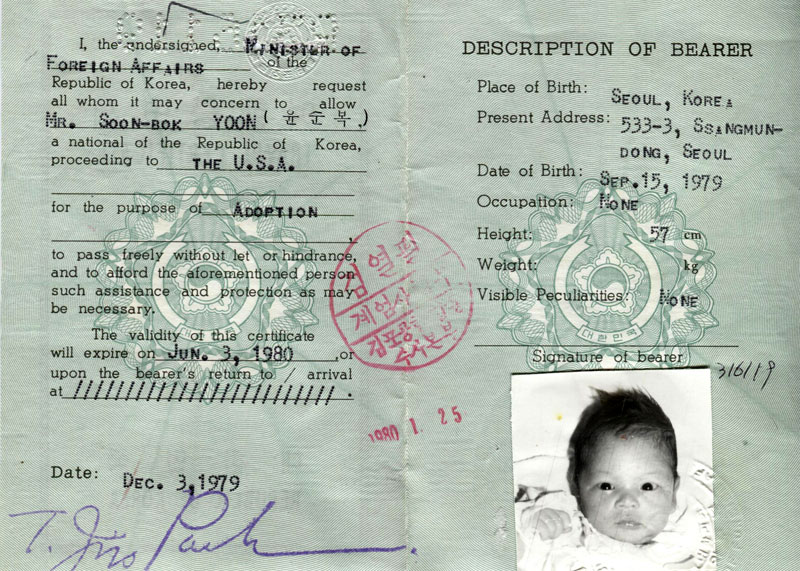 I was delivered successfully to an airport in New York where my parents had to come collect me (drone-based adoption was not yet invented). Being only three months old, I retain absolutely nothing from my time spent in Korea but have since learned that "an yong" means "hello". Here's a video of me just arrived in my new home while my sister fretted about losing the full attention of the parents.

The rest of 1980 was rather idyllic, with my sister continuing to wave at things while I sat in the background looking like a judgy version of Kuato from Total Recall. 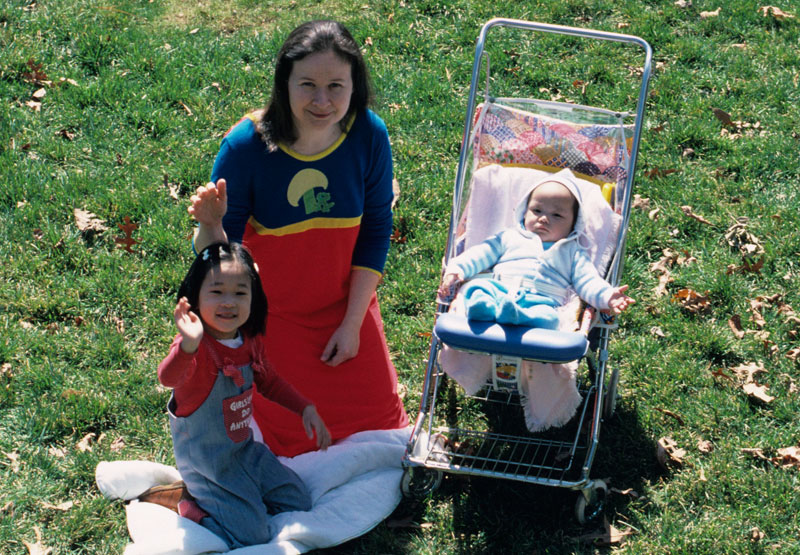 By August, the paperwork had gone through to confirm that I was one of the good Koreans from the South and not a commie terrorist from the North. I was formally adopted by Judge Harriet Mims (who was also the first female judge appointed in Bucks County, Pennsylvania, and passed away at 76 in 1991). 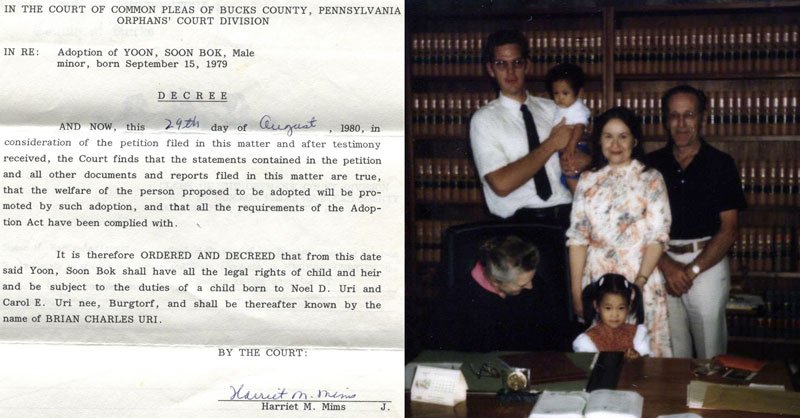 My parents gave me a good American name that wouldn't be confused with Korean barbeque and I celebrated my first birthday as a Brian. I remember nothing else from this year, but home videos show that I excelled at climbing up stairs, sat in an elastic swing suspended from a kitchen joist while my dad bounced me several feet into the air, and got a plastic train for Christmas.