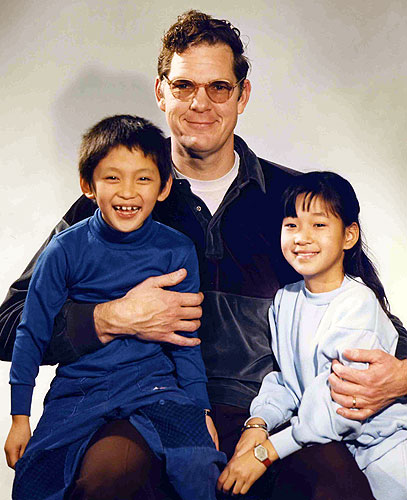 At the age of 7 going on 8, I finished out the school year in Mrs. Hutt's third grade class and matriculated up to my favourite year of primary school. I was still a child free of obligations or regular activities, since it would be another year before I started things like band or Cub Scouts.

I don't really remember much about the summer between 3rd and 4th grade, but it was probably spent with my grandparents in Michigan taking the occasional piano lesson, getting scratched by their surly cat, Cody, and painting cheap clay sculptures that always broke after a couple days.

In the fall, I joined Mrs. Sharkey's class, yet another teacher who lived across the street from the school (these teachers were an oddity for the fact that you knew they had a life outside of the building an didn't just plug in to the nearest robot closet to recharge). She was one of 3 fourth grade teachers, including Mr. Hazzard and Mr. Cmiel, who split the duties of teaching different subjects. In the morning, the Talented and Gifted students would go to Mrs. Marmarino for language arts. We spent several weeks creating snake-themed dioramas for an imaginary town called Snakeville. My contribution to one group project was the "Snake-ifieds" section of the snake newpaper, full of hissing puns and snake want ads. I also wrote a children's story called The Orge Family about a bunch of clumsy kids that lived in a castle.

Around 11, we would go to Mr. Hazzard's class to learn about Virginia history. I would eat the snack out of my lunch to stave off the hunger, usually a fudge brownie or cheap Oreo knock-offs, because lunch wasn't until 1 PM. After lunch, we'd have science or family life with Mr. Cmiel. I got straight As across the board and my report card blurb says, "A fine citizen, an A-one student, and a wonderful personality makes Brian 'a teacher's delight'. Outstanding, delightful, and creative!"

My best friend in 4th grade was James, and our primary activity was to build things out of Legos (mainly the town-themed sets). I also continued playing PC games, mainly those published by Infocom and Sierra Online, likes King's Quest, Space Quest, and Police Quest. I would take the hint book maps to school and let my friends play the games with their imagination at the lunch tables, and then go home at night and write really bad text adventure games in the BASIC programming language.

My favourite book series was the Prydain Chronicles by Lloyd Alexander and my favourite movie was Back to the Future. I did not yet listen to music, so I only knew about things my parents listened to, like the Broadway cast recording of Phantom of the Opera. 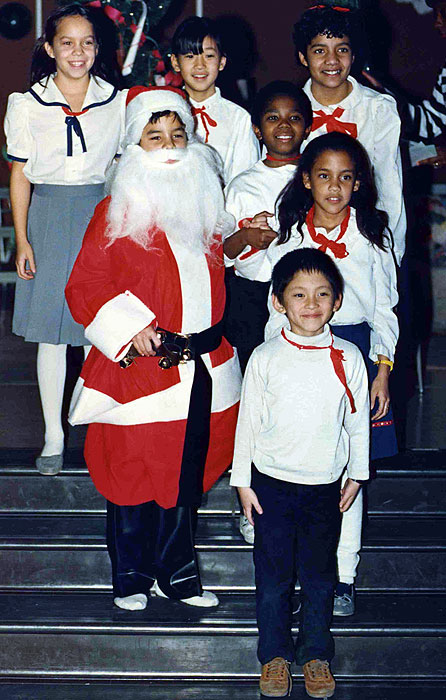