This picture was taken twenty eight years ago in April 1989. 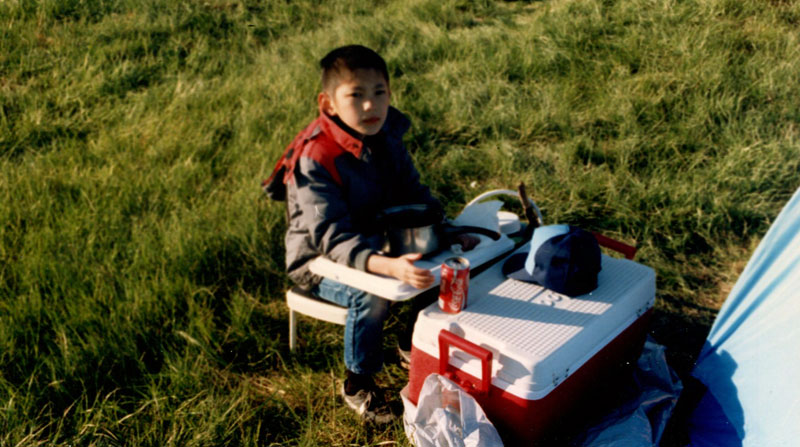 I'm attending a camping trip with my Dad at Vint Hill Farms. He writes:

We spent two nights there and you seemed to have a good time interacting with the other scouts. You decided then that you would continue on with Boy Scouts. Because Vint Hill Farms is a military installation and I was taking pictures, some enlisted man wanted to take my camera and film. I appealed to a higher authority and the camera was returned. Hence you have the photo.

Since this was one of the few camping trips that parents attended as well, so I was living large with a pot of propane-heated baked beans and hotdogs rather than the usual mush we'd make over a slowly dying natural fire. On my left is my trusty pointy stick, found and whittled to a point the day before, because you can never be a cub scout without a good pointy stick.