I have no ambitions. 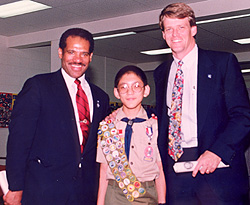 With that concise statement, I just dropped off the dating radars of millions of single women whose profiles reveal that they're looking for smart, funny, confident guys with long-term goals and ambitions. That's no big loss though, because those same profiles probably continue with a variant on the phrase "someone who loves to go out and party but can also just stay home on the couch and watch a movie". I actually tried this, and quickly deduced that it's physically impossible to do both at the same time without bringing the couch with you, and Bungalow Billiards frowns on B.Y.O.C. even more than the movie theatre frowns on smuggled foodstuffs. Therefore, all those women are dreaming the Impossible Dream without so much as a Golden Helmet of Mambrino to keep them company. But I digress.

Ambition is a huge measuring stick in today's society (and since I am slight of height, you can tell that I have no great love of measuring sticks), to the point where a lack of ambition is generally called apathy instead of equilibrium. People always want to know what future holds, and the company you work for is always in a tizzy to record your career goals and help you meet them. Perhaps it's because my life is a sitcom rather than a serial

but ambition is just not my cup of tea. As a child, ambitions and aspirations are a great hypothetical way to give you an initial direction in life, but too many people fall into the trap of blindly following them like a tracked go-kart at a theme park where they don't trust you to drive in a straight line. They're more like guidelines, really.

Once you are a grown and functioning member of society, personal growth does not have to equate with becoming the President or getting another diploma. Not everyone has to save the world or cure cancer. In my own case, I've worked hard to create a comfortable sphere of existence surrounded by interesting people and enjoyable experiences. Why would I strive for "something more" unless what I already have isn't good enough? I prefer to wing it -- I maintain the status quo until it doesn't work anymore. If I find something I want to learn more about, I'll learn it. If I want to remain in a technical field instead of becoming a manager, I'll do so (unless there's an obscene amount of money involved -- ambitious people may be silly, but rich people are cool). I would even argue that the reason I'm good at what I do is because I'm perfectly happy doing it.

That's not to say I endorse lack of ambition as a distraction from your unhappiness -- just that people shouldn't judge your life lower because you're happy the way you are. There's a simple litmus test to determine where the line falls between apathy and equilibrium: if you have watched the complete anthology of Trading Spaces to cover up an emptiness in your life that you're not doing anything to fill, then maybe a little dose of ambition would get your life kick-started in the proper direction.

If, however, nothing in this life makes you happier than vegetating on the couch with a bowl of cheddar popcorn and Paige Davis, then I salute you.

I was a cybercrook for the FBI