Little Miss Sunshine
This is the latest independent film that no one's ever heard of but everyone talks about. It's the story of a dysfunctional family's road trip to California so their daughter can enter the Little Miss Sunshine beauty pageant. It manages to be sentimental without sappiness and has the rare virtue of having a child actor who can act without being annoying. The movie reeled me in and the closing sequence was perfect, although the highly touted alternate endings were useless. There's a reason they weren't the main endings -- so leave them on the cutting room floor. 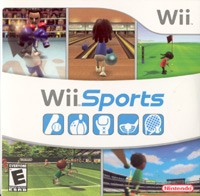 Wii Sports
This freebie demo game comes with the Wii Console and has very scaled back versions of tennis, baseball, golf, bowling, and boxing which allows players to have fun using the new controllers. Because it's a freebie, the seams quickly become apparent since all the games aren't quite fleshed out enough to be really good, but they do show off how good a Wii game could be a year down the line when people know how to develop for them. In a nutshell, tennis is fun with four players, baseball is stupid (in the game too), golf is a neat gimmick the first time through, bowling feels very right, but makes it really easy to score big, and boxing is addictive (although it sometimes overloads if you make too many fast movements and your toon just stands there taking punches).

Final Opinion: B-, but it's bundled with the Console, so B+. 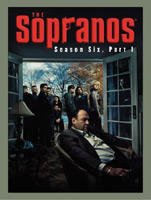 The Sopranos, Season Six Part One
In the grand tradition of chronologically handicapped titles comes the latest season of the Sopranos (see also, Ultima 7: Part 2: The Serpent Isle). The episodes are still engrossing, but about as pointless as the previous season. The first two seasons were really driven by the story arcs, and ever since then the episodes have evolved into mere character studies. I enjoy watching them, but I'd enjoy them more if there were any forward motion.

Final Opinion: three thumbs up out of four thumbs and a pinky 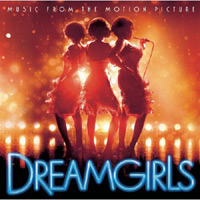 Dreamgirls
It's the black Chicago meets Ray. Starting strong and ending too late, the movie's mildly entertaining. Ironically, there are too many songs in it, and none of the songs are more than mediocre -- I couldn't remember a single melody walking out of the theatre. The problem with gospel-influenced genres is that every single song ends up in shrieking vocal acrobatics. This is effective in one song, but gets old when Jennifer Hudson has Spasmodic Muppet Syndrome for two straight hours. Some attempts at drama were groan-worthy, especially the arranged take on "We Are Family".