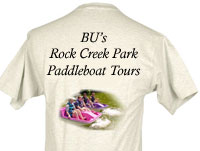 Lost Episode 2x02 is on tonight at 9 PM. If you missed the first episode, you can catch it again at 8 PM.

Grandma got run over by a reindeer