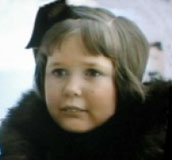 Moving objects with a beam of light

Because tiger is supposed to taste like urine-soaked ass