I haven't had a musical post in a couple weeks, so this is an attempt to fill the musical void in your life. 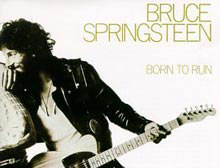 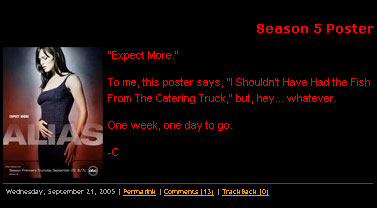 The season premiere of Alias is on tonight at 8 PM. I find it amazing that the ABC marketing department can consistently churn out horrible print and television promos for this show, regardless of how good or bad the show actually is.

Yes, officer, it's a lunch box for my kid which I got as a souvenir from an airport kiosk in Bogota.

People have nothing better to complain about