♠ Unnecessary Use of "Scream" at Halloween: The fact that Halloween is approaching doesn't mean you can put "scream" into any phrase and make it topical. The ABC network becomes AB-Scream! for a month, which doesn't even make sense. Busch Gardens hosts Howloscream! which seems redundant to me. (Do something about that, Philip). I suppose it's better than the half-assed Hallowscream that most other venues host. 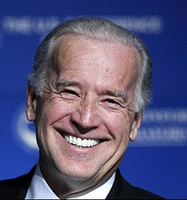 ♠ Joe Biden: Despite his obvious knowledge of the issues and confidence in his answers, he sighed loudly into the microphone on multiple occasions, which means we'll have to listen to conservative pundits nitpick this for the next four weeks as an example of either arrogance, sexism, or smoker's lung. He also broke into what's classically known as the "shit-eating grin" every time he and Obama were accused of something.

♠ Sarah Palin: I only watched the first hour of the debate, because it all went downhill after the initial question, which Palin essentially replied to with a variant of "I'm going to ignore all your questions and say what I had planned to say." A debate is an opportunity for verbal ripostes and witty repart?e (and not once did either candidate use the "How appropriate...you fight like a cow." dialog option). Palin subverted the format by giving speeches and ignoring every question. 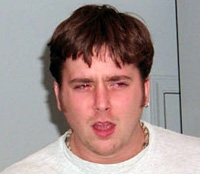 ♠ Joe Six Pack: I must be the only person in the world who DOESN'T want my next-door neighbour anywhere near the power structures of our government. For example, Doobie is awesome, but would you leave him the keys to your Porsche on Tuesday morning if you knew that Tuesday night was Beefeater night?

♠ Gwen Ifill: You can't pose two different questions to the candidates at the exact same time. If you can't finish your question without taking a breath, it's a bad question. When someone doesn't answer your question, MAKE THEM ANSWER YOUR QUESTION. When you detect that the debate might go somewhere interesting for once, don't immediately kill the momentum by moving on to the next question because of time constraints. The VT cow with a hole in its stomach could have made a better mo(o)derator than you.

♠ New Kids on the Block: Their reunion tour was at the Verizon Center last night. Didn't we learn anything from the 1980s reunion of the Monkees?

Who would win in a fight?